14 Amazing Creations People Have Built In The Game 'Minecraft,' Which Microsoft Just Bought For $US2.5 Billion Microsoft announced on Monday that it was purchasing the company behind the game “Minecraft” for $US2.5 billion.

“Minecraft” is a huge, open-world sandbox game, which was released for the PC in 2009. (You can learn more about what it is and how to play here.) Since then, it’s been released on other platforms, and as of February 2014, it has sold over 14 million copies on the PC, and 35 million across all the other platforms.

Building in “Minecraft” is easy. You get tools, like shovels and axes, to chop down trees and cut through stone. And without a time limit or a place to go, some players have taken their creative freedom to the next level.

The attention to detail in the Taj Mahal is insane, from the water in the front, to the bushes surrounding the palace. You can watch a time-lapse video of how they did it here.

And, if you're feeling crafty, here's a download so you can build it yourself.

It took this player two weeks to build the beautiful Notre Dame Cathedral. He says that he didn't mine for the items himself -- he kind of cheated -- because otherwise it would have taken him way longer. Take a tour through the Minecraft Notre Dame in this video.

The Golden City isn't based on anything in reality, but it does show just how creative people can get in the game. Note the flying airship! See more of their creations here.

And you can watch time-lapse videos of things they have built here.

Creations don't even have to be buildings. Here, someone built a statue of Atlas. But more than in-game tools are needed to build structures such as this one. That's where downloads like texture packs and mods come in. The person who built this said it took a few months and a small team of people to complete. And creations don't even have to be three-dimensional. Here, someone took their love of Nintendo and mashed it together with their 'Minecraft' skills to create Link from the 'Zelda' games. To celebrate the 25th anniversary of the film 'Beetlejuice,' this person built a 'Beetlejuice'-themed roller coaster in the game. Sound intense? That's because it is. Check out the video below. 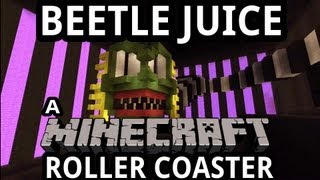 This replica of the Empire State Building is just part of this player's rendition of all of Midtown Manhattan. There are plenty of tutorials and blueprints out there so you can build your own version of this building, and many others. See the rest of Midtown Manhattan in 'Minecraft' here.

Why stop at the Empire State Building when you can make a replica of all of Manhattan? Computer science PhD student Christopher Mitchell is developing a 1:1 model of Manhattan inside Minecraft. It's unbelievably detailed. While we're on the subject of icons, this person took on the challenge of building the Golden Gate Bridge. And sometimes the creations aren't even on this planet. There's a whole section of the game devoted to 'Star Wars'-related builds. Here, a player built an AT-AT. Creations don't have to stay on dry land. This player made a battleship. There are various other watercraft, and some of them even have working engines. Check out this video of a submarine with a working engine.

And this person not only made the Titanic, but also captured its departure, travel, and sinking. The only thing it's missing is Kate Winslet. 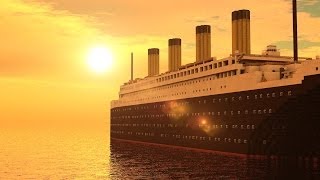 Here's something that will really blow your mind: Someone built a working 1KB hard drive. You can read more about how it works over at CNET.

And if you thought that was crazy ...