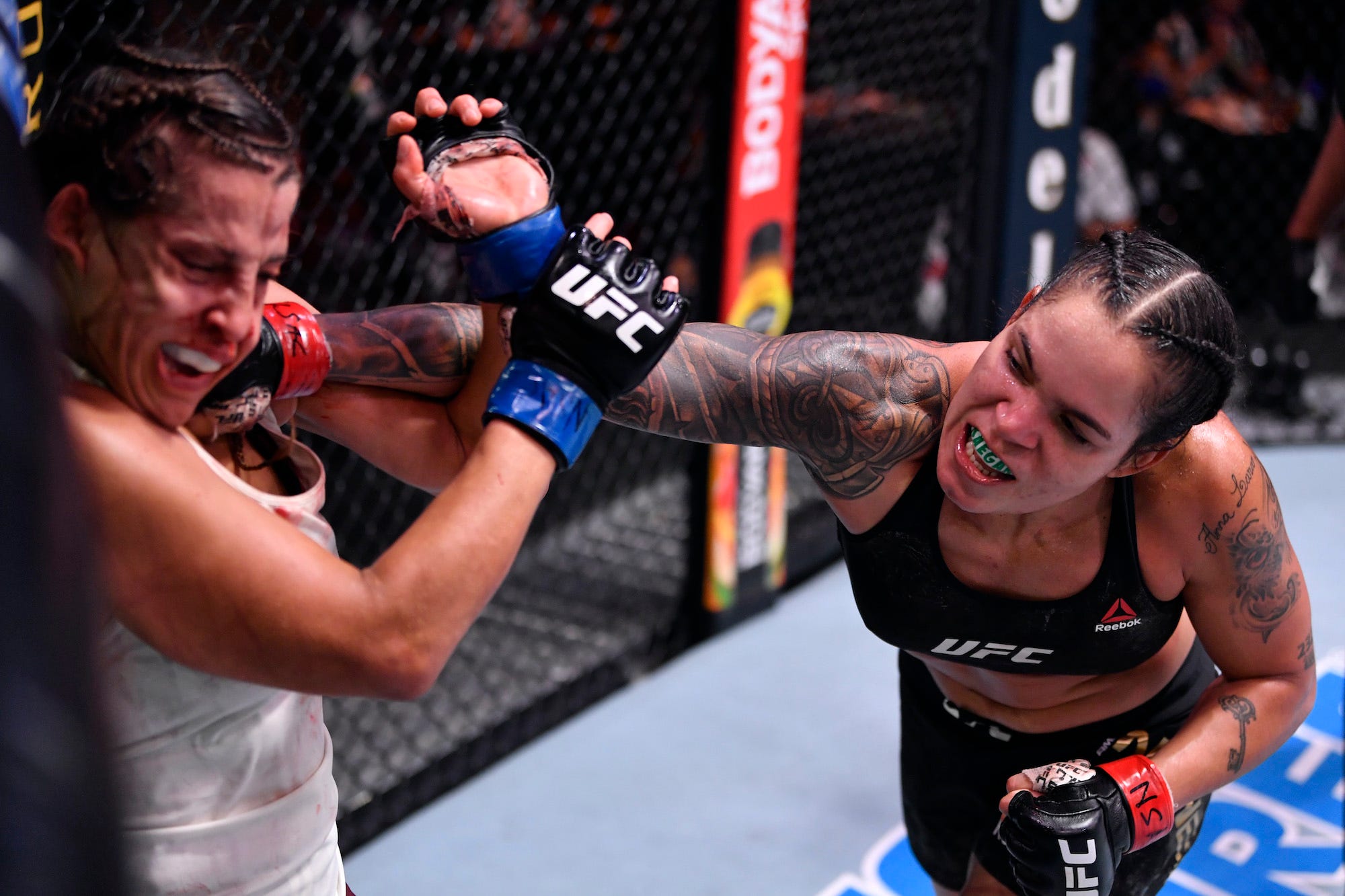 Amanda Nunes said she expects a dinner and drinks invite after a Las Vegas bettor placed a $US1 million wager for her to win her UFC 250 fight.

Nunes out-landed her Canadian opponent Felicia Spencer in every round of the five-minute fight, dominating her opponent so resoundingly that she won the bout by six points – a gap which could have been by a far greater margin.

The Saturday fight took place behind-closed-doors at a UFC-owned facility called Apex in Las Vegas, Nevada, and, while it was the UFC’s fifth event of the coronavirus-era, 200 of the city’s licensed properties had only opened for business this week.

With sportsbooks back, one high roller placed a $US1 million bet with William Hill at -600 odds for a payout of $US166,666.70 profit, ESPN reported,

Nunes, who received $US450,000 including bonuses, said the bet was “awesome” when she was told about it after her win.

“Now he’s very happy,” she said. “He’ll probably, like, go and drink something. He should ask me to go with him.”

ESPN said that William Hill said it was the largest bet it had ever taken on a UFC event.

The Tom Brady of women’s MMA beat, bloodied, and bludgeoned her opponent so bad it was like she was armed with an axe

An unbeaten American with rainbow hair and a face tattoo obliterated his UFC opponent with a textbook, high-powered one-two KO