15 common misconceptions and surprising realities about dementia and Alzheimer's disease De Visu/ShutterstockDementia currently affects about 50 million people in the world.

1. Alzheimer’s disease and dementia are not the same thing 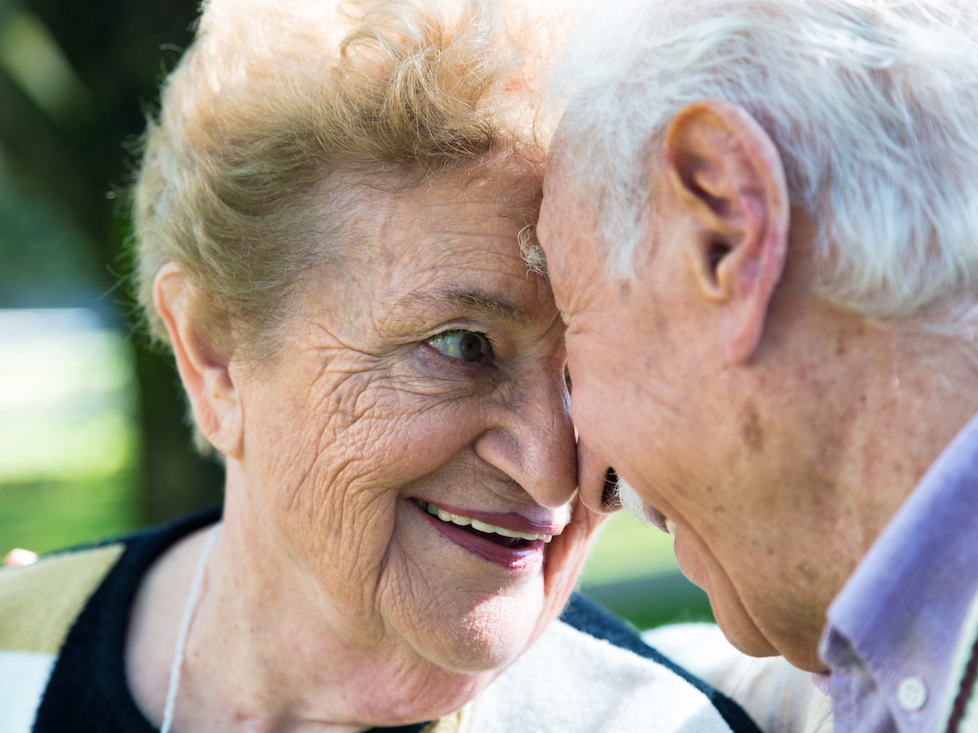 Dementia is a term used for symptoms like confusion, memory loss, mood changes, and personality changes. There are a whole range of conditions that can cause dementia, not just Alzheimer’s.The most common are Alzheimer’s Disease, dementia with Lewy bodies, vascular dementia and Frontotemporal dementia.

2. People react differently to the words 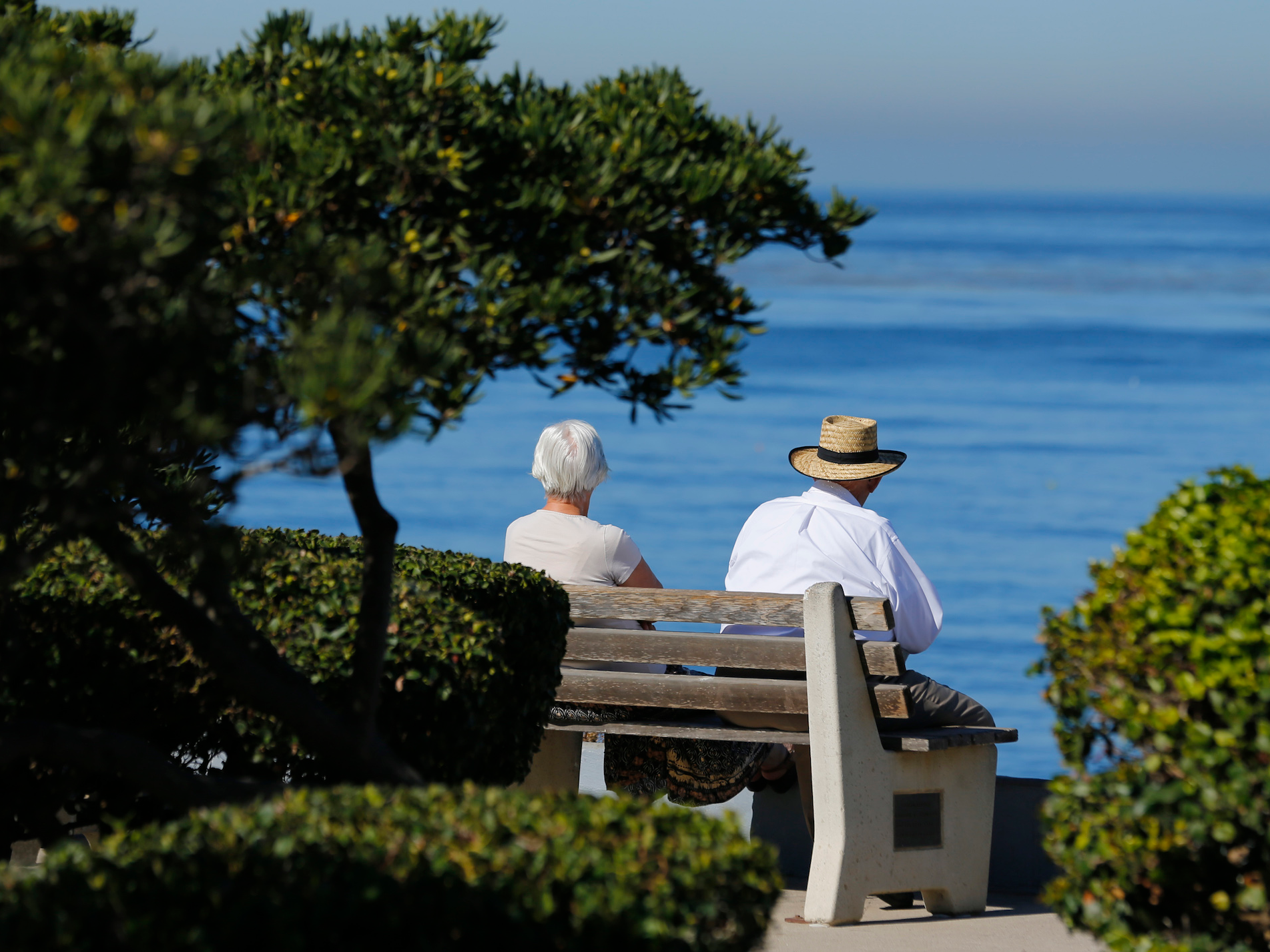 Although dementia and Alzheimer’s are often confused, people tend to have different reactions to hearing each word.

So even though dementia is caused by illnesses like Alzheimer’s, the word itself is conflated with being more of a mental disorder, than something caused by a physical disease.

3. Dementia isn’t an inevitable part of getting older 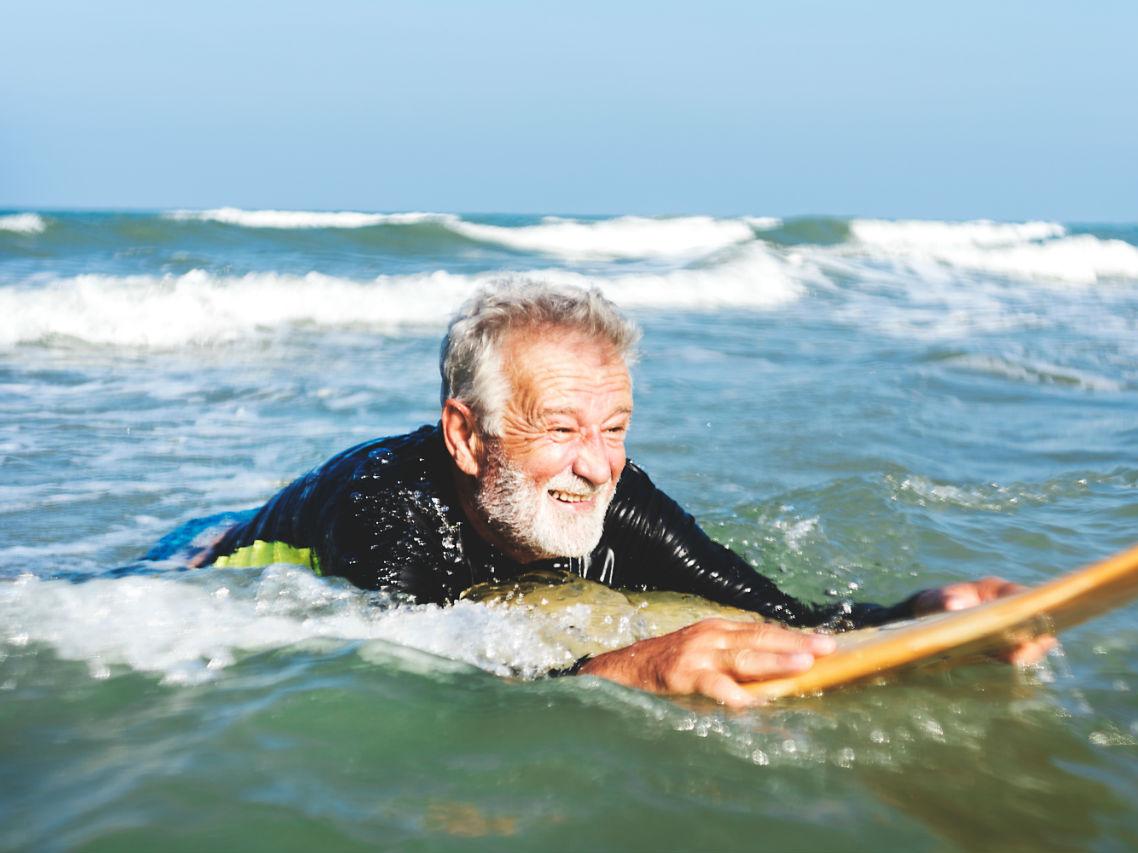 A common misconception is that you get a bit forgetful as you get older, so dementia falls into that as an inevitability that just happens to most people.

“They will say, ‘oh yeah my grandma had dementia but she was very old,’ so it’s almost followed by an excuse that it was OK because they were old,” Phipps said. “And so I think that drives this kind of view in society that the diseases that cause dementia are not that important because there’s not much you can do about them.”

But this isn’t true. Dementia is caused by diseases. People understand cancer is a disease, that you shouldn’t have it and it’s unfair, Phipps said, but that’s not yet universally accepted by people when it comes to dementia.

4. More people at 90 don’t have dementia than have it 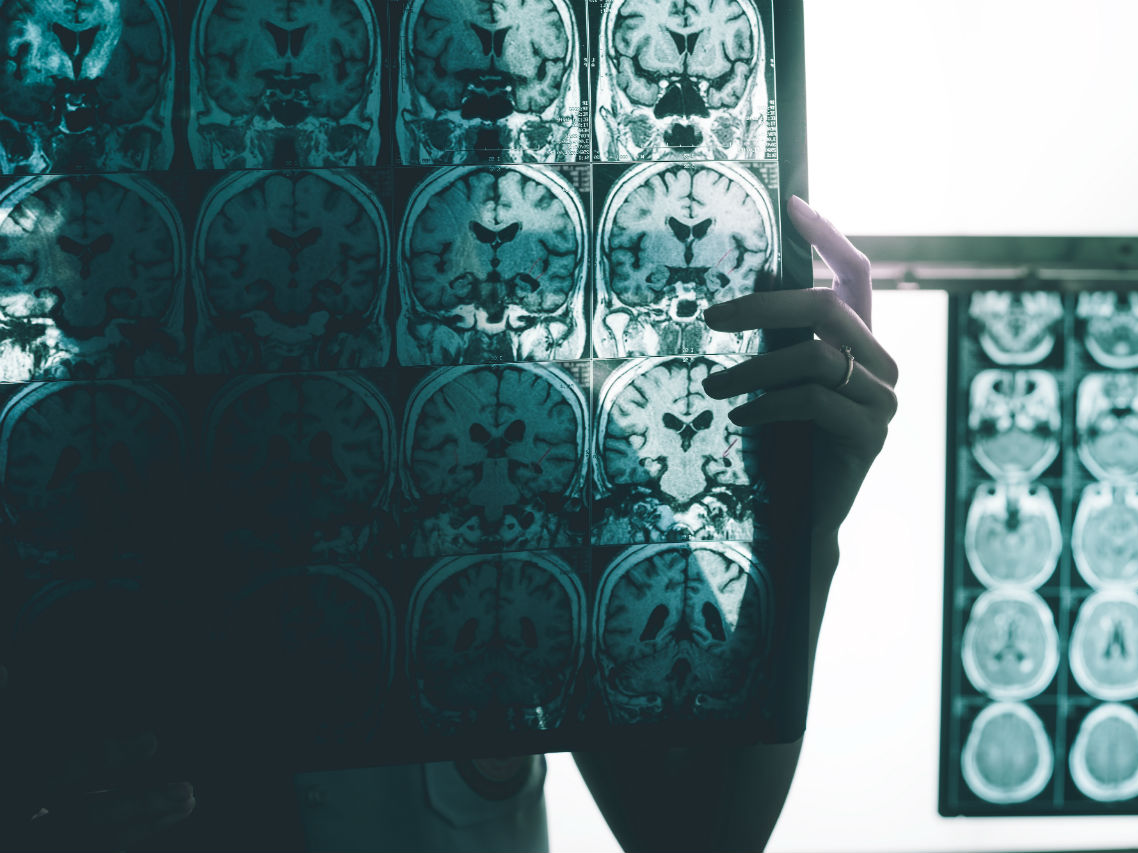 By the time people get to 90 years old, they are more likely not to have any diseases that cause dementia than have one.

Phipps said dementia research is behind a lot of other research because they have an extra mountain to climb. Because people think dementia is inevitable, they are less likely to want to support and fund research.

5. Almost half of adults don’t realise it causes death A survey by Alzheimer’s Research UK found that 51% of adults recognise that dementia leads to death. That means almost half don’t realise, even though it’s the UK’s leading cause of death right now.

“These are physical diseases that ultimately are terminal – they will shorten your life,” Phipps said. “But people don’t recognise that, and again this just shows there is a lack of seriousness about it.”

“You hear people joke about it, like oh have you got Alzheimer’s. And actually, you wouldn’t joke about someone having another fatal illness. It’s not appropriate in society to do that. But people will still do that about dementia because they don’t recognise that diseases that cause dementia like Alzheimer’s are terminal. They will end your life too soon.”

6. A brain that is affected by Alzheimer’s can weigh 140 grams less than an unaffected brain There was an Alzheimer’s UK campaign in 2016 called Share the Orange because a brain that is affected by Alzheimer’s can weight up to 140g less than a normal brain – about the weight of an orange.

“That’s actually a huge amount of brain that’s lost, but you can’t see it,” Phipps said. “So if someone was walking around and they had 75% of their leg, you’d probably notice and you might treat them better or cut them some slack or help them out. You can’t see that physical effect with dementia.”

7. There are more symptoms than memory loss 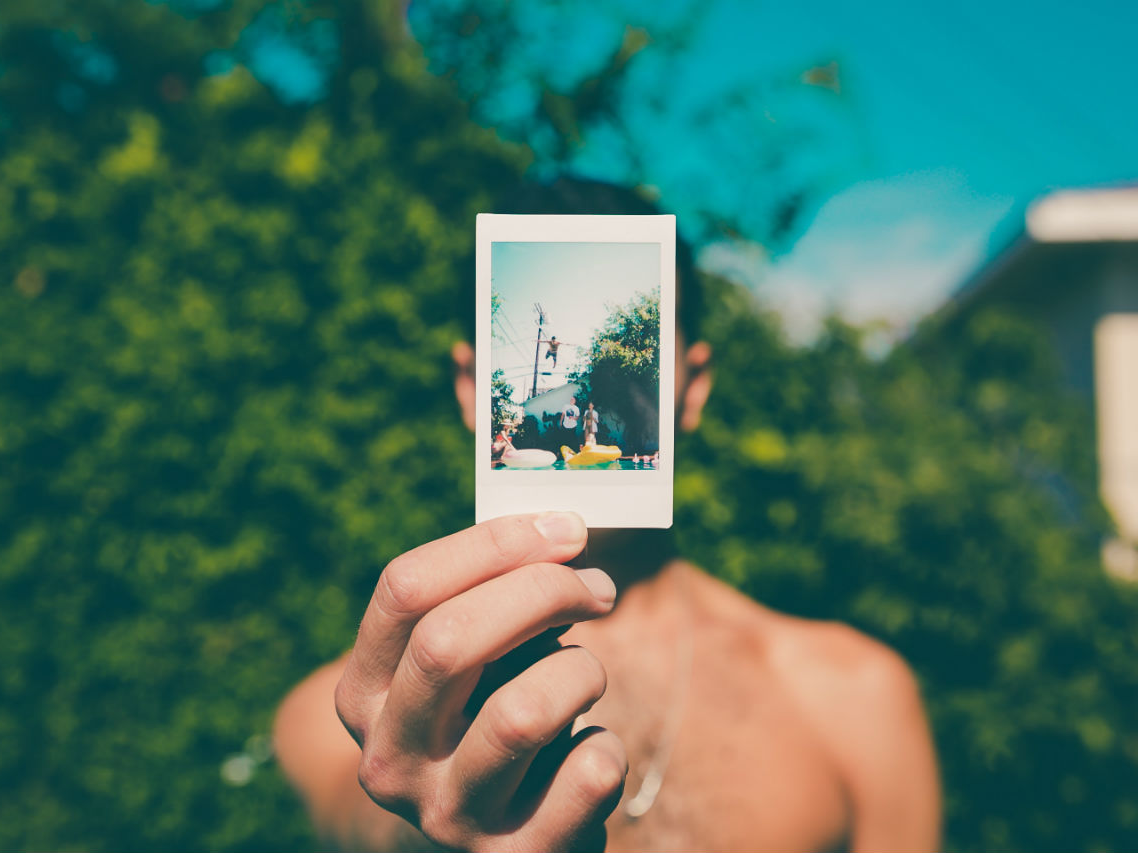 There is a slightly simplified view of dementia that it’s all about getting forgetful when you get older. Memory loss is the most common symptom, Phipps said, but there are many more.

“As dementia progresses, people get more and more symptoms, including physical symptoms,” she said. “So they won’t be able to move around, they will have difficulty speaking, they will have trouble swallowing – and it’s ultimately those symptoms that make people immobile and much more frail and susceptible to things like falls or infections that they don’t recover from.”

8. A third of risk factors are within our control 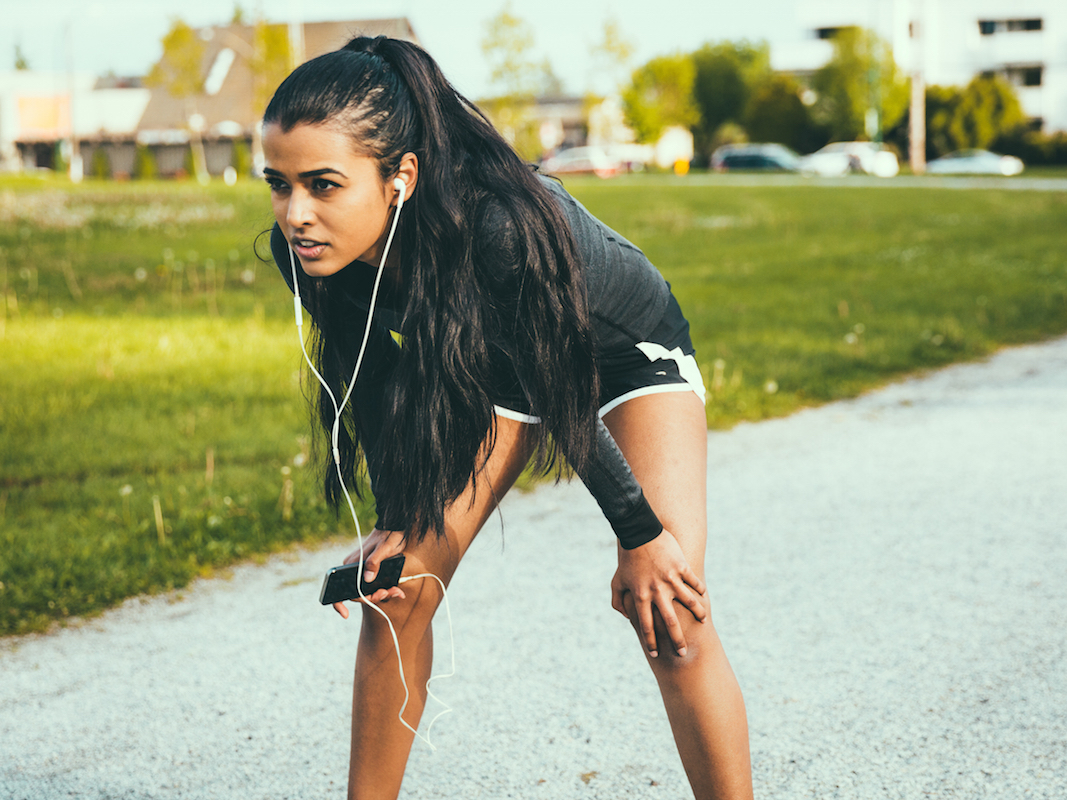 People often understand the risk of dementia, Phipps said. About a third of cases of dementia could actually be down to risk factors that are in our control.

Age is the biggest risk factor because dementia mostly affects older people. Some people have a genetic predisposition to developing diseases like Alzheimer’s, which is out of their control.

“But there are also lifestyle factors that can influence your risk of dementia,” Phipps said. “And at a population level, these come out as things like smoking, like depression, physical inactivity, high blood pressure… so often it’s things that are likely to impact your heart.”

Only about a quarter of UK adults realise there is anything they can do to reduce their risk of dementia, according to Alzheimer’s Research UK surveys.

“If you were to address things like having more aggressive treatment of blood pressure, or stopping people becoming overweight, and if nobody smoked, then we would see a reduction in the number of people getting dementia,” said Phipps. “So there are things people can do that are within their control that can reduce their risk of dementia.” 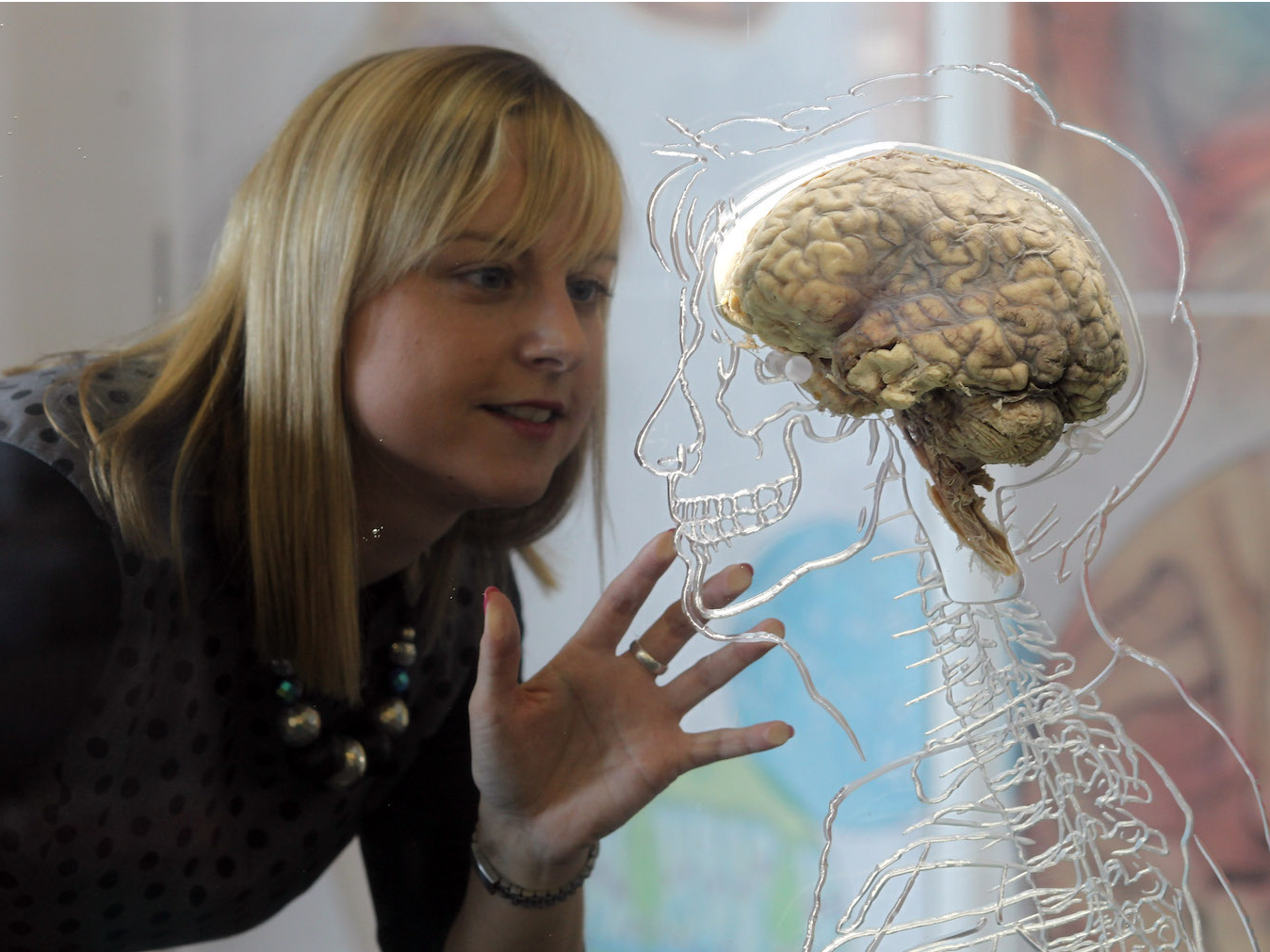 Many of the risk factors associated with dementia are the same as those associated with heart health. This is because your brain and heart are intrinsically linked together.

“The majority of the blood that is pumped by your heart is used by your brain,” said Phipps. “So anything that damages how your heart is working will have a knock-on effect on your brain health. And so a lot of the risk factors for dementia at the moment with the best evidence are also heart health risk factors.”

So even though people may be unsure about the risk factors of dementia, if you tell them it’s the same as the ones for cardiovascular disease, stroke, and heart attacks, they might have a better idea.

10. Mid life is the most important window for risk reduction 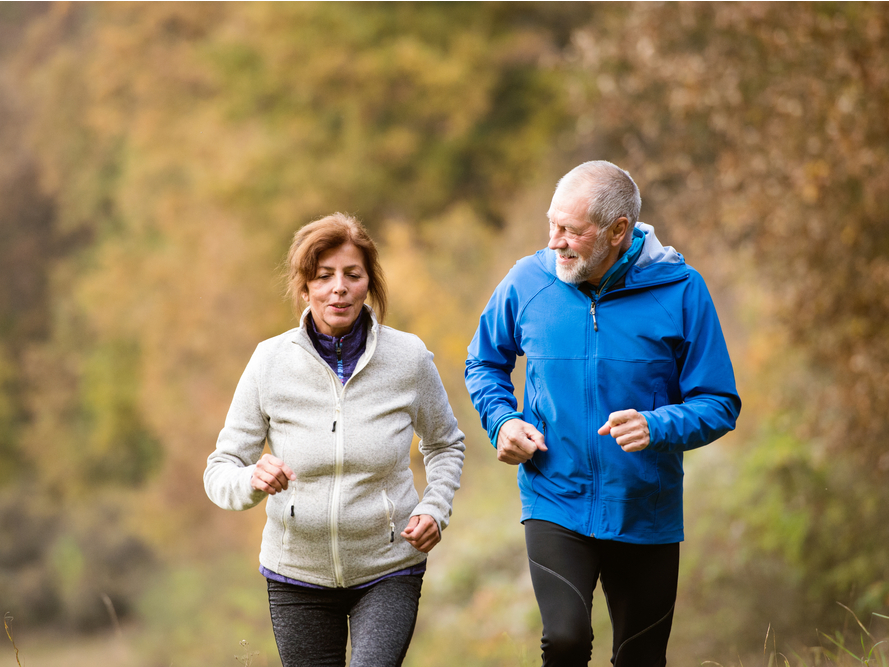 Many of the most important avoidable risk factors for dementia appear in mid-life, between the ages of about 40 and 64, according to the Alzheimer’s Society, such as type 2 diabetes and high blood pressure.

People who have had periods of depression in mid or later life also have increased rates of dementia. 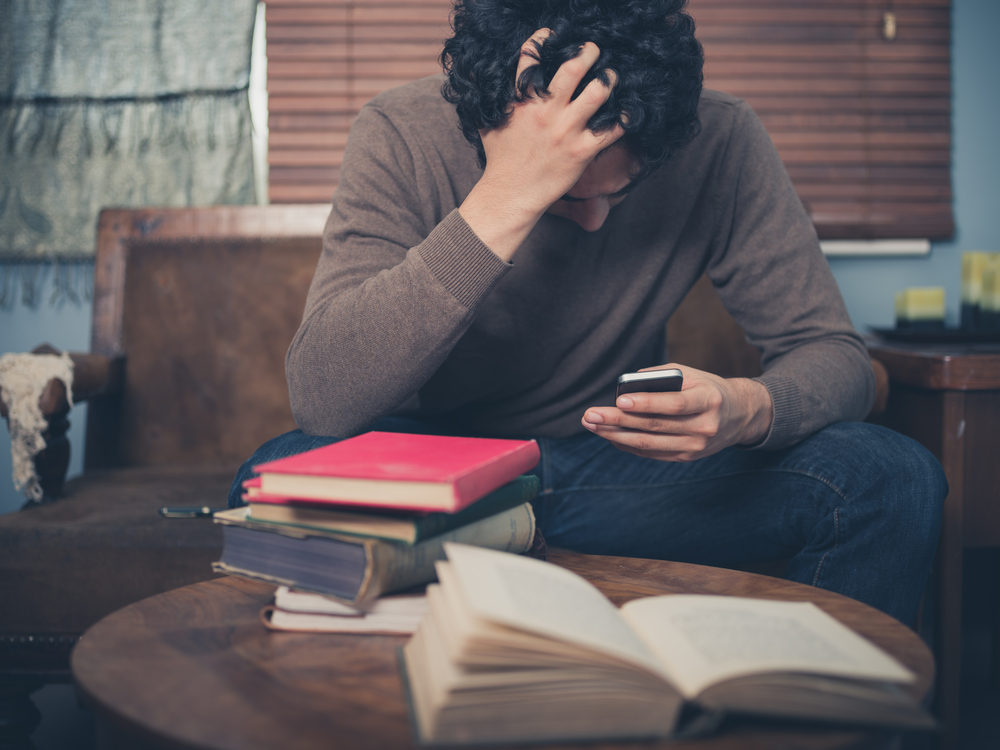 Dementia doesn’t just affect older people. About 2-8% of all cases worldwide affect younger people. In the UK, there are about 40,000 people under the age of 65 living with dementia, but people tend to think it’s not something that strikes until later life.

12. Sometimes, it only affects sight and perception 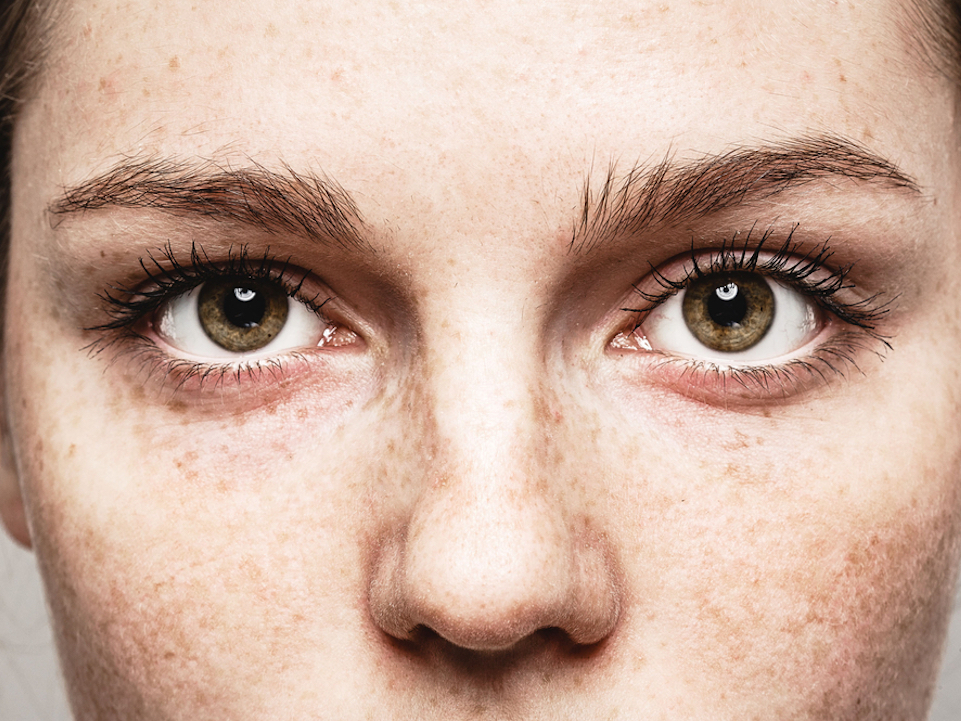 Sometimes memory loss isn’t a symptom of dementia until it is very advanced. The type of dementia Terry Pratchett had, for example, affected how his brain interpreted vision from his eyes.

“So actually he didn’t have memory loss until the late stages, but he couldn’t really see at all,” Phipps said. “So he couldn’t type, and had big gaps in his vision where he couldn’t see things.”

Alzheimer’s Research UK has a virtual reality dementia experience online called A Walk Through Dementia, which shows some of the visual perception tricks dementia can have on someone.

“One thing people often tell us about is that puddles on the ground can look like holes because there are issues with perception and depth perception and colour perception,” said Phipps. “You know when you go into a shop and they used to have those big black mats in front of the door… for some people with dementia that looks like a massive abyss.”

Imagine being faced with large holes in the ground. It would be confusing and alarming. Phipps said this means people with dementia won’t go into shops, or they won’t enter bathrooms because the shiny floors look like water.

“If your brain was working 100% you would probably be able to perceive the difference between shiny and wet,” she said. “But if there’s damage in your brain you just can’t quite make the judgement. Those things seem small but they can have a huge impact.”

13. Aggression and confusion may come from these small perception errors 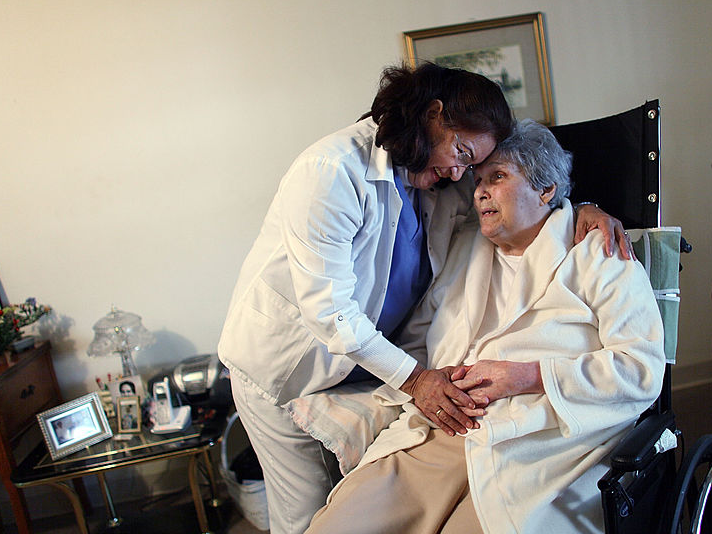 Small changes can have big impacts on how people with dementia live. It may be something small that is confusing them with a simple fix, but the person with dementia may not be able to articulate the problem.

“There’s a big movement now for people who are showing signs of aggression or agitation, and rather than immediately giving them anti-psychotic drugs, is to try and look at their environment,” said Phipps. “Because it might be something really small like a change in routine or a change in the lamps or the way shadows are being cast around the room that could be having a massive impact on their level of anxiety, causing them to be agitated and aggressive.”

Small tweaks to their environment, like having more lights, or keeping the curtains open, could have a big impact on their quality of life.

14. Disrupted sleep can be a factor 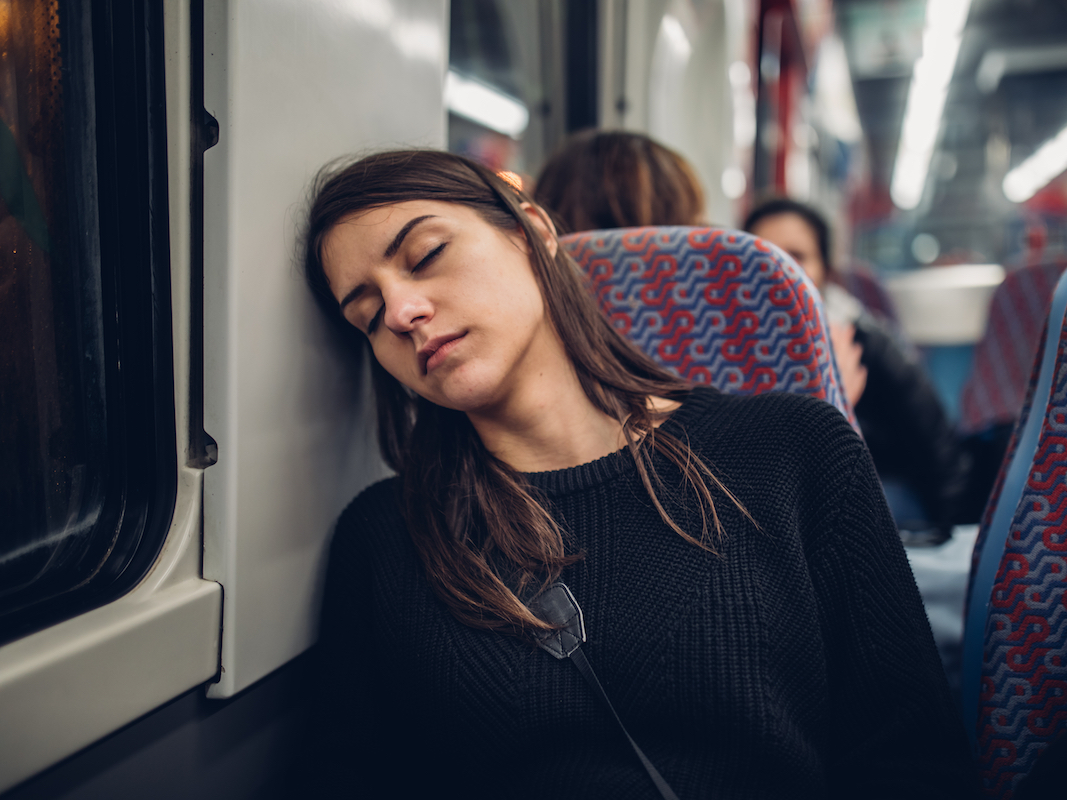 Research has shown that disrupted sleep may be associated with a higher risk of early signs of Alzheimer’s disease. This could mean that sleeping badly is an early warning sign of someone developing dementia.

Bad sleep could either be a symptom of dementia, or a cause – or it could be that both are true.

Other research supports the sleep theory, with one study finding that just one night of disrupted sleep could lead to a spike in Alzheimer’s-related proteins.

15. There is no cure or treatment for the progression of diseases that cause dementia 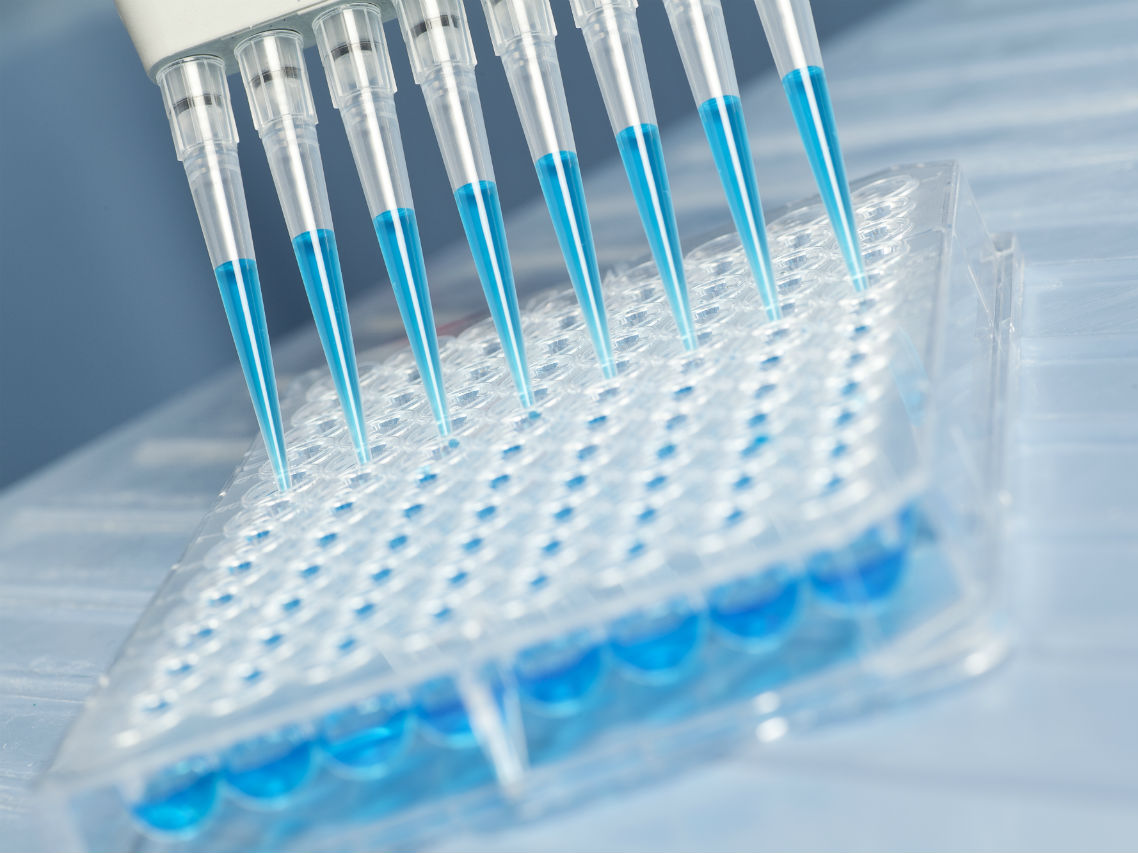 There is currently no cure for the diseases that cause dementia, and no treatments that will modify the progression.

Some drugs can help people to address certain symptoms, but they don’t stop the disease progressing in the brain.

This is why understanding that dementia may be preventable is so important, Phipps said, because increased awareness means more research.

“There seems to be less stigma, and people seem to be more open about talking about diagnosis with someone, or having a conversation with somebody with dementia,” she said. “I think awareness of dementia is better than it’s ever been, but understanding of dementia hasn’t quite caught up.”