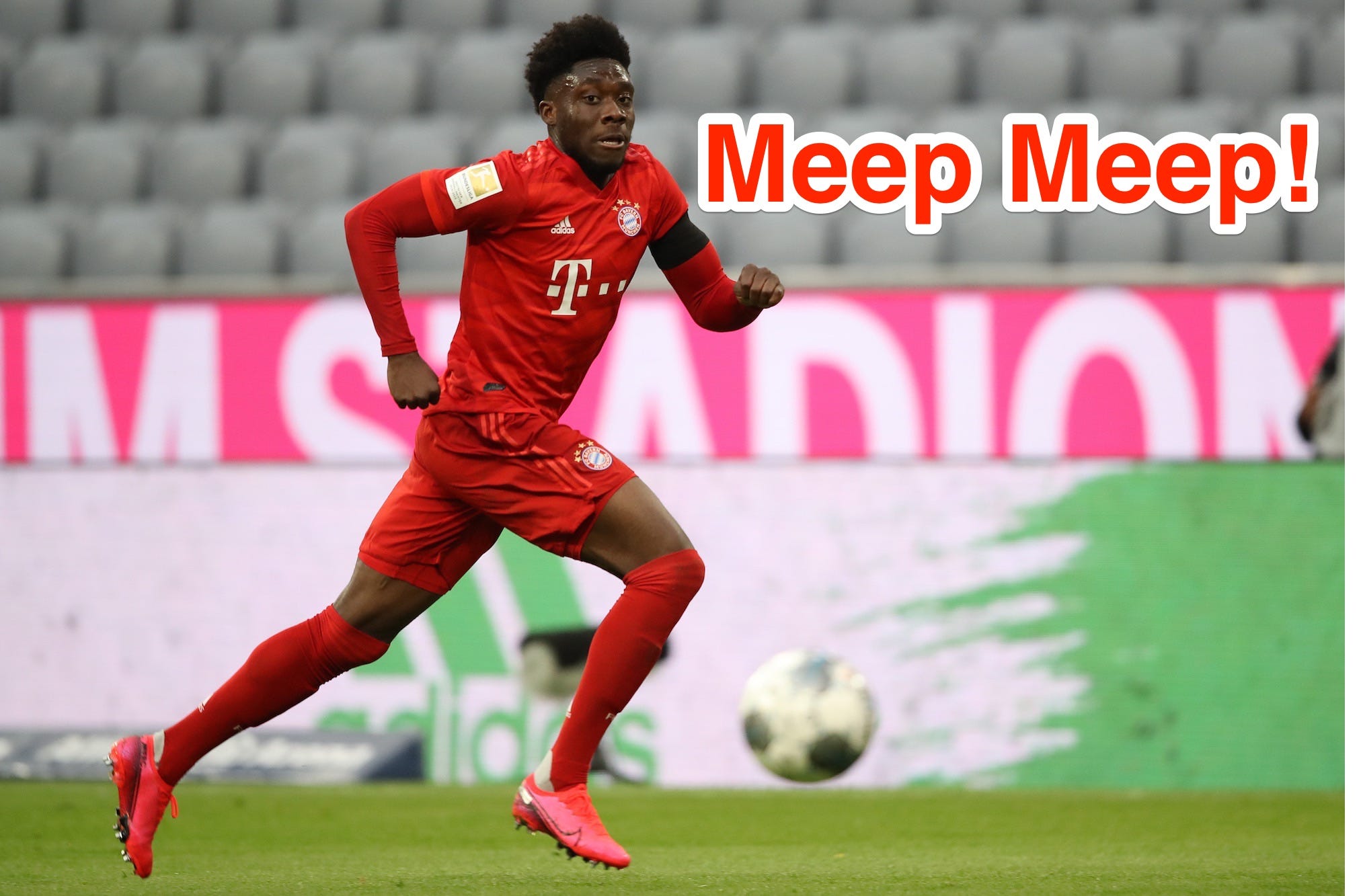 Praise has been flooding in for 19-year-old FC Bayern Munich fullback Alphonso Davies following his performance against Borussia Dortmund on Tuesday night.

The former MLS starlet helped Bayern to a 1-0 win in Der Klassiker, during which he once again turned heads with his electrifying pace, clocking a top speed of 35.3km/h (21.9mph) whilst tracking back to deny Dortmund’s Erling Braut Haaland a clear chance at goal, according to Bayern’s official website.

Davies was called a “cheat code” and “fast as f—” by Inter Milan’s Romelu Lukaku, while former England and FC Barcelona striker Gary Lineker called him a “fabulous talent” who is “rapid and intelligent whether going forward or backwards.”

However, the pick of the bunch when it came to compliments for the Canadian came from his own teammate Thomas Muller, who described him as the “FC Bayern Road Runner.”

Muller even made the Road Runner’s infamous sound effect.

“He’s a player with a lot of heart and a lot of power, extreme power,” Muller told reporters of Davies after the match.

“Sometimes maybe he’s not [at his] best position on the field, but he gets the opponent when you think, ‘Oh, I have time, I have time’ and then ‘Meep meep meep meep’ the FC Bayern Road Runner comes ahead and steals the ball.”

Muller was also full of praise for Joshua Kimmich, whose delightful chipped goal just before halftime earned Bayern all three points at the Westfalenstadion.

“Joshua, man, that was quite a golazo! He showed today early on that he was full of energy!” he said. “I think as a team we did a great performance, maybe with the ball not our best but with the heart, that’s the most important thing.”

The win for Bayern moved it seven points clear at the top of the Bundesliga table with just eight games to play, putting it on course to retain The Meisterschale for an eighth consecutive season.

Davies signed for Bayern from the Vancouver Whitecaps in 2018, and has since made 38 appearances in all competitions, scoring three goals.

Bayern Munich and Borussia Dortmund face off today in the biggest game since football returned. Here’s what happened the last 5 times the sides met.

A guide to every team and who to support in the Bundesliga, the German football league that’s the biggest sporting event to return during coronavirus

A beginner’s guide to the Bundesliga, Germany’s elite soccer league and the biggest sporting event to return during the coronavirus pandemic