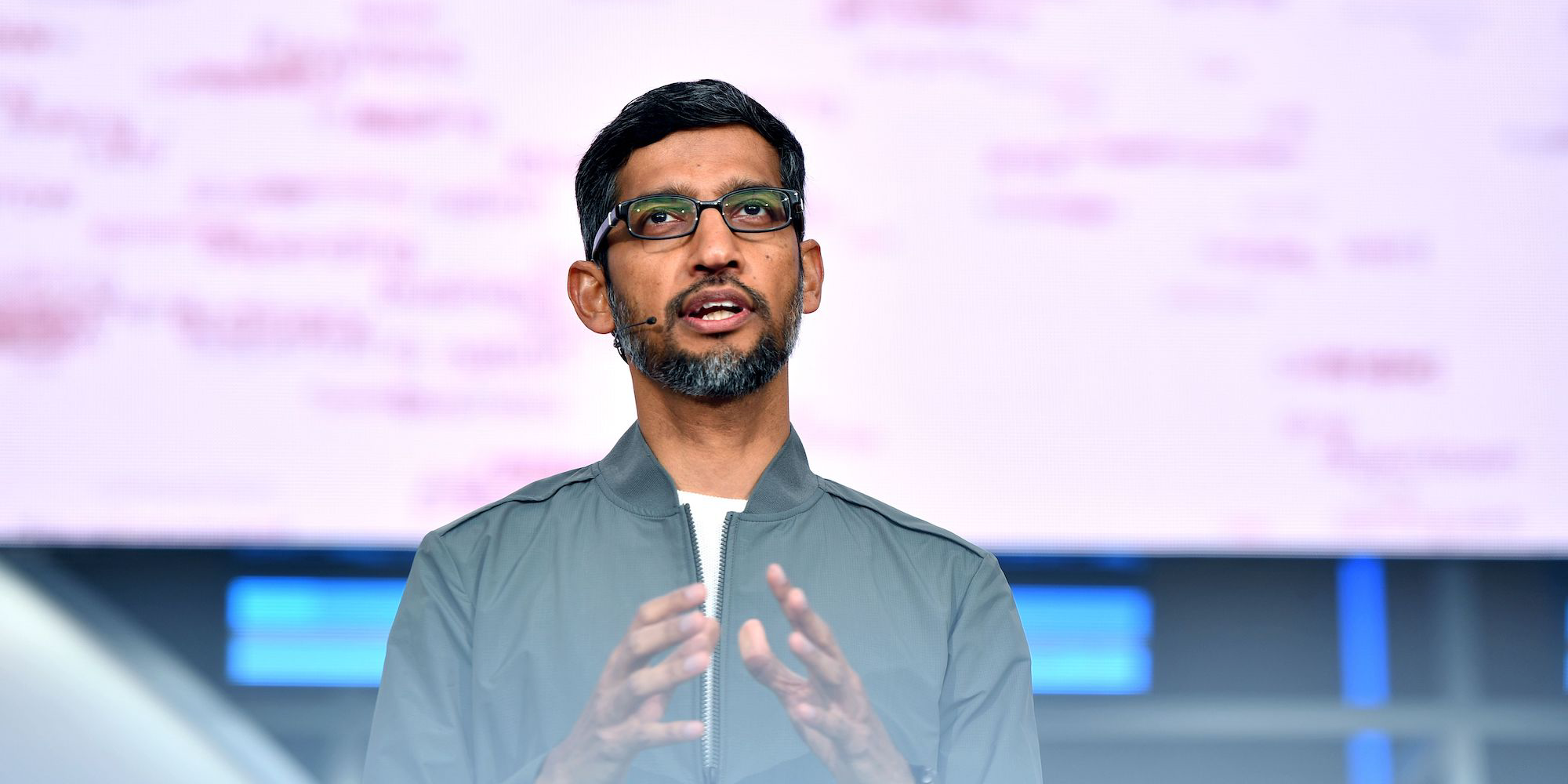 The Google-parent missed profit expectations for the three-month period as the global economic slowdown tore into performance through March. Investors largely ignored the earnings miss, focusing instead on revenue growth holding up better than expected amid the sharp economic downturn.

The tech giant’s shares soared as much as 8% in early Wednesday trading, pushing its market value roughly $US68 billion higher.


Read more:
Brad Cornell has been teaching finance at UCLA for almost 40 years. He shares the precise way he calculates the true value of the S&P 500 – and says investors need to ‘be careful out there.’

“Q1 was, in many ways, the tale of two quarters,” CEO Sundar Pichai said in an analyst call transcribed by Sentieo. “Overall, recovery in ad spend will depend on a return to economic activity.”

Usage of the company’s search engine and key apps soared through the quarter as the pandemic forced people indoors, Pichai added. While ad revenues from YouTube and Google Cloud surged from their year-ago results, total sales stagnated as partners cut spending.

The firm remains optimistic toward a rebound in ad revenue, Ruth Porat, chief financial officer at Alphabet, said in the call. Alphabet is bracing for a sizable second-quarter hit to sales, she added, but early signs suggest the abrupt decline will wane as the economy begins to recover. 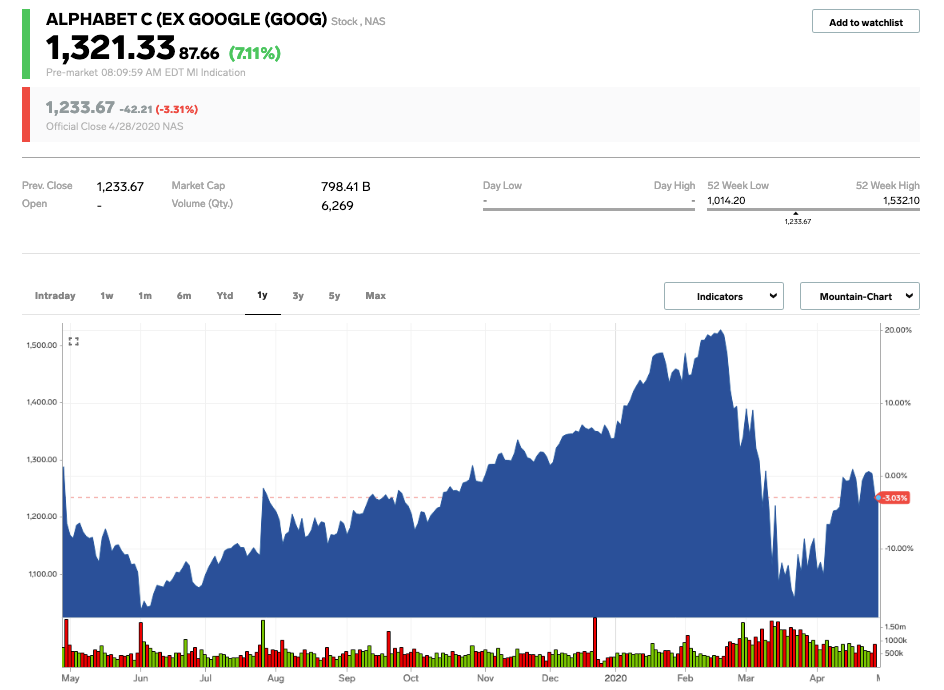