A Harvard professor has claimed in his new book that alien debris passed near Earth in 2017. It has attracted both scepticism and intrigue.

An extraterrestrial object skimmed through space close to Earth in 2017, wrote a Harvard University astronomer, Avi Loeb, in a book to be published this month.

It was the first sign of intelligent life outside Earth, according to Loeb.

Scientists at a Hawaiian observatory saw “an object soaring through our inner solar system, moving so quickly that it could only have been from another star,” according to the marketing summary for the Houghton Mifflin Harcourt book, “Extraterrestrial: The First Sign of Intelligent Life Beyond Earth.”

The object wasn’t a natural occurrence, but a bit of space junk ejected by another galaxy, according to Loeb, a professor of science with a doctorate in physics.

“There was only one conceivable explanation: the object was a piece of advanced technology created by a distant alien civilisation,” according to HMH. 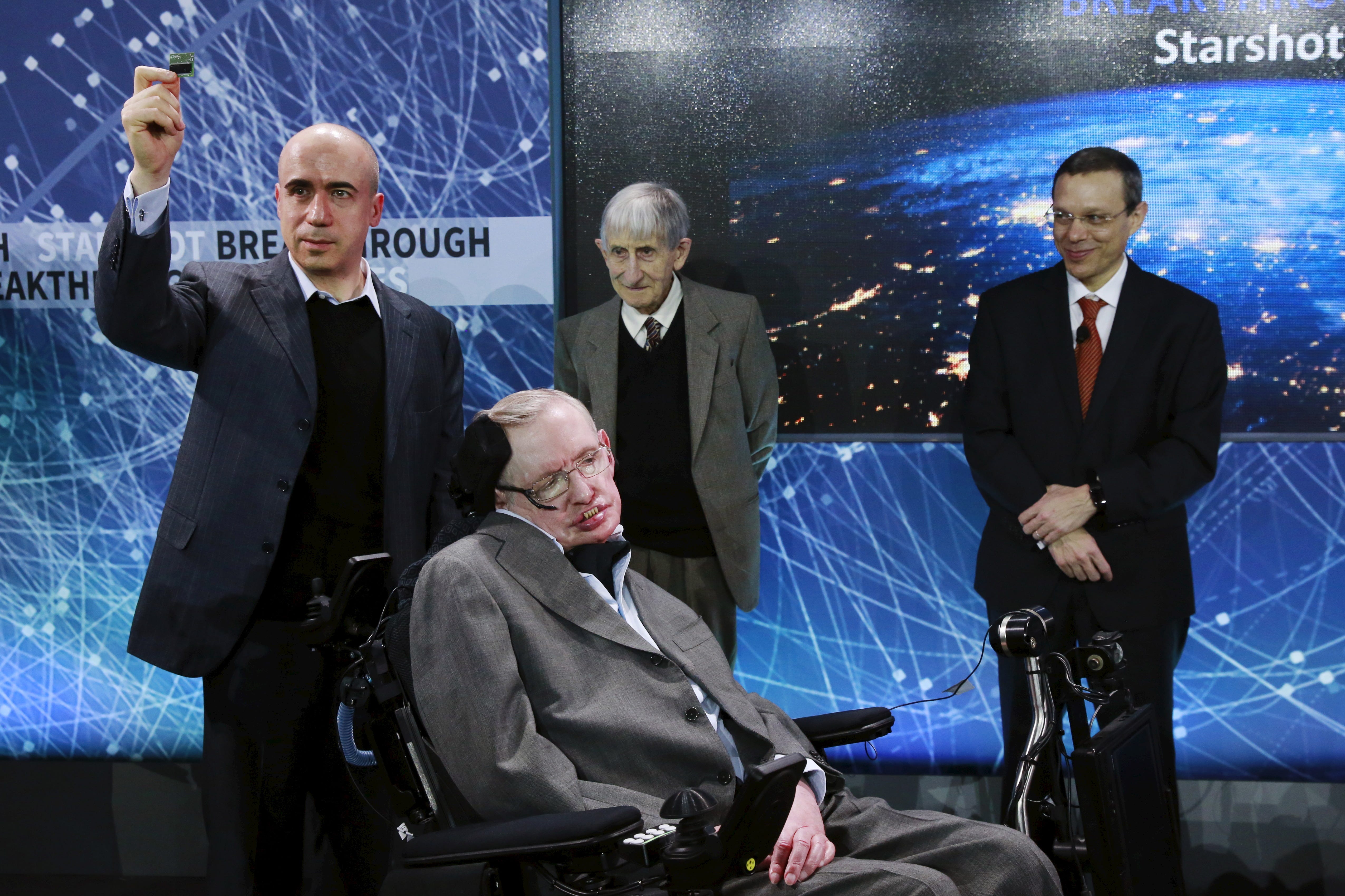 Lucas Jackson/ReutersPhysicist Avi Loeb, right, on stage with physicist Stephen Hawking and others.

In a review, Publishers Weekly called the book a “contentious manifesto.”

But Loeb wasn’t alone in his excitement about the object, which was called “1I/2017 U1 ‘Oumuamua” by Nasa.

“The first confirmed object from another star to visit our solar system, this interstellar interloper appears to be a rocky, cigar-shaped object with a somewhat reddish hue,” NASA said in its description of the object.

“For decades we’ve theorised that such interstellar objects are out there, and now â€” for the first time â€” we have direct evidence they exist,” said Thomas Zurbuchen, associate administrator for NASA’s Science Mission Directorate in Washington, when it was originally discovered.

He added: “This history-making discovery is opening a new window to study formation of solar systems beyond our own.”

In the book-jacket blurb, Anne Wojcicki, CEO and cofounder of 23andMe, wrote that Loeb’s new book “convinces you that scientific curiosity is key to our future success.”

“An exciting and eloquent case that we might have seen a sign of intelligent life near Earth â€” and that we should search further,” she wrote.

Fellow Harvard professor Eric Maskin, a Nobel laureate in Economics, added: “Is the hypothesis right? Who knows. But let’s try to find out!”