Alicia Keys is partnering with American Express on 'The Ambition Project' to empower women. Here's how it will expand their access to senior positions — and already has. 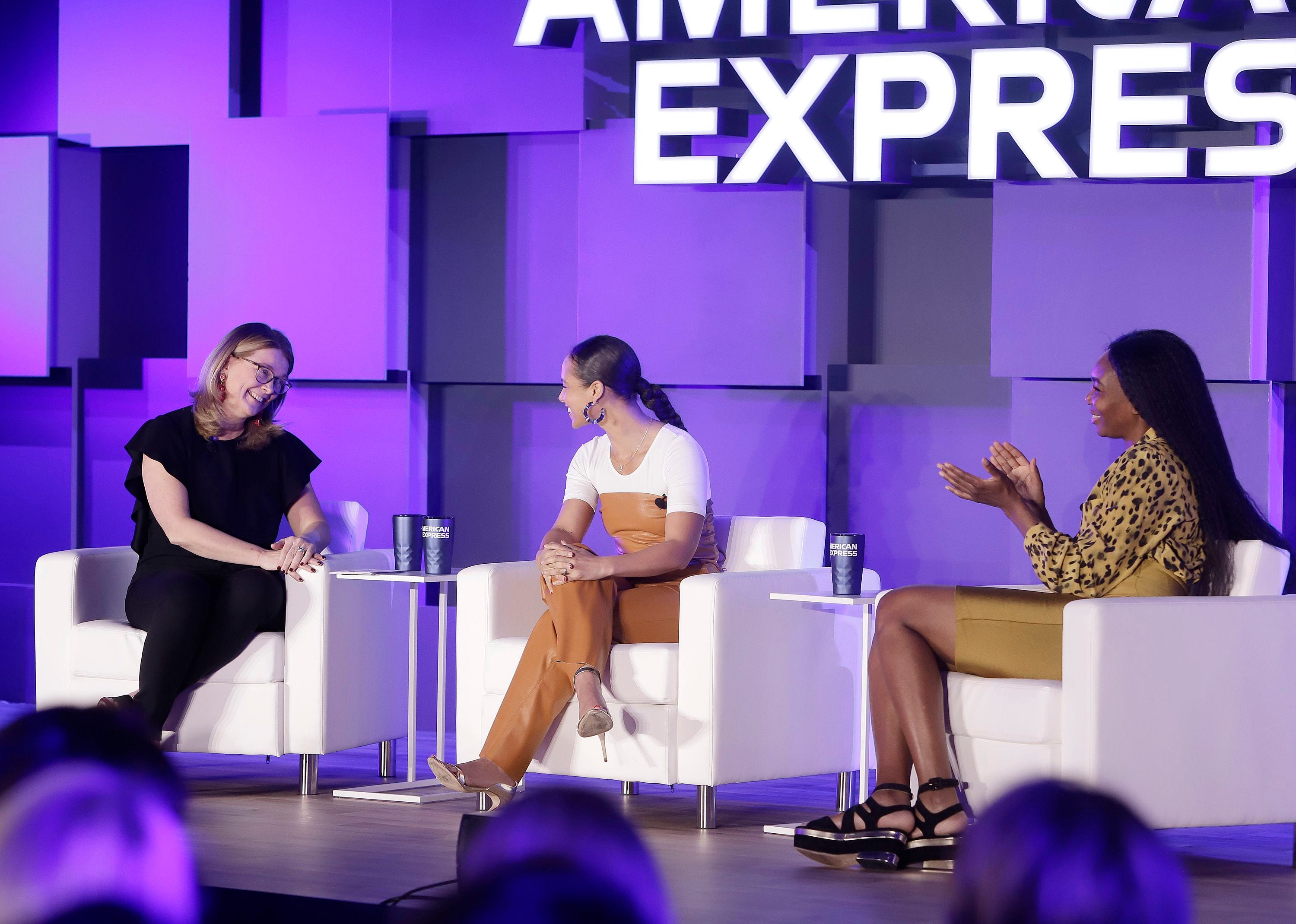 Alicia Keys is ambitious. But that’s not surprising. Climbing the ranks of the music industry to become one of the greatest artists of all time isn’t something that happens by accident.Earning 15 Grammy Awards and selling over 65 million records worldwide is no easy feat. She’s a musical icon – you have to have even the slightest ambition to become one.

But after decades of following her own ambition, Keys is now paying it forward. She has partnered with American Express on “The Ambition Project” – a program the company introduced to help empower women.

Amex has launched the program after a2018 study found that only a third of its own senior female employees referred to themselves publicly as ambitious, and only one woman reported to the CEO at that time. In 2020, American Express partnered with The New York Women’s Foundation on a global study of 3,000 women, which found many did not like using the word “ambitious” to describe themselves. They preferred to use the word “motivated” instead.

American Express also found that only a third of its own senior female employees referred to themselves publicly as ambitious, and only one woman reported to the CEO at that time.

Despite the reluctance to use the word, nearly 59% of the women in the study said being ambitious was vital to becoming successful, and that the trait is essential in both life and work.

Amex worked to make its culture more inclusive after the study, and today reports that 100 women have been promoted, with 6 now reporting to the CEO. And through “The Ambition Project,” the company will expand the access women have to senior positions in the company. Panels like the one with Alicia Keys will be more common, too. 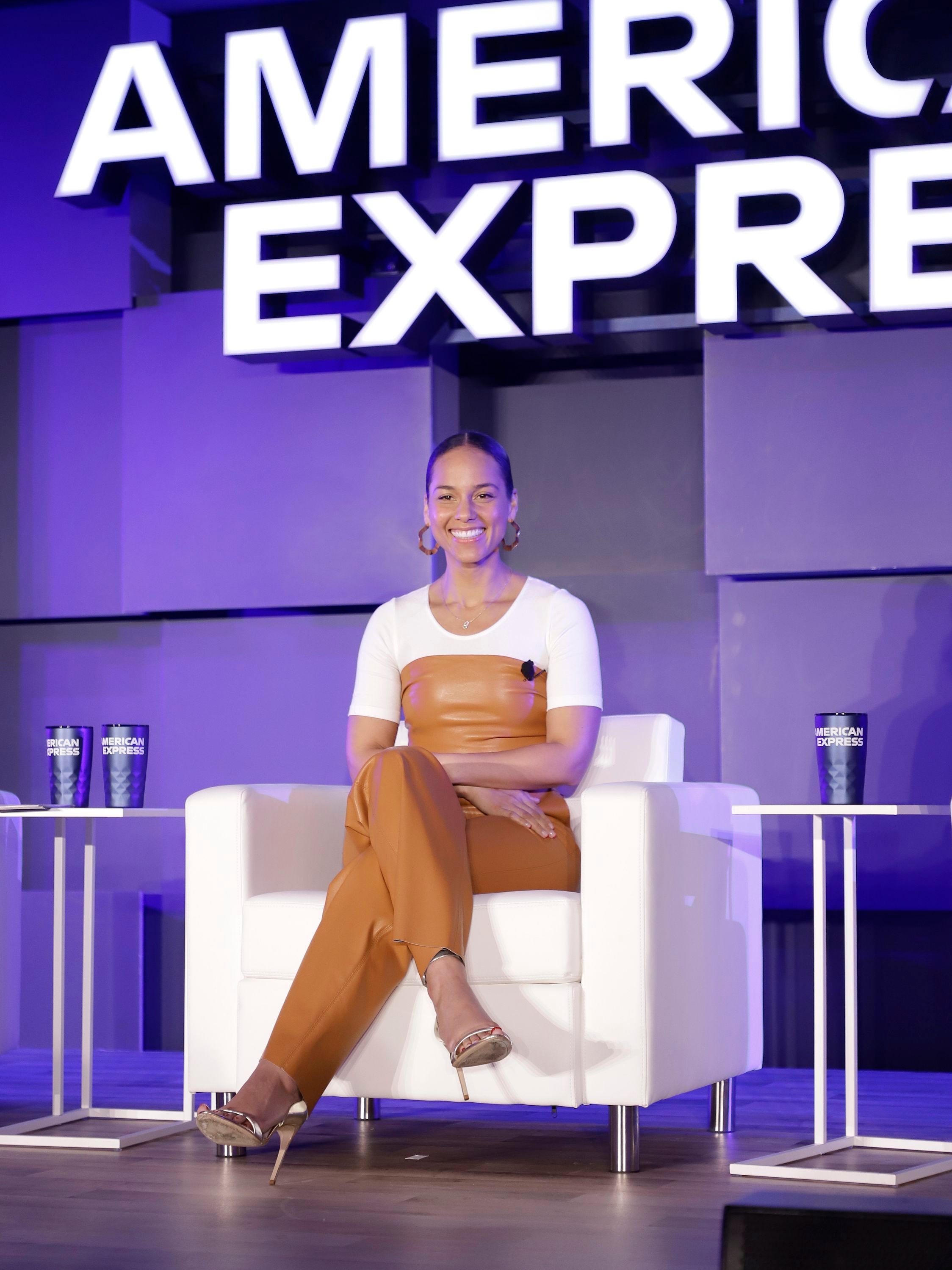 Keys agreed with the study’s findings, telling Business Insider that there is a “stigma attached” to defining oneself as ambitious.

“It is important to create more inclusive environments where women, people of colour, and especially women of colour can succeed at all levels,” Keys said. She added that women provide a “unique perspective” and “need to be in the room.”

“Representation starts at the top, in terms of commitment as well as ethnic and gender representation. “

The number of women leading Fortune 500 companies is at an all-time high – 33 out 500. But that number is not a reflection of women not trying to rise to the top, but the culmination of the factors that bar them from having access to it.

“When it comes to inclusion and diversity, there is so much work to do,” Keys said. “Representation starts at the top, in terms of commitment as well as ethnic and gender representation.”

Last year’s annual Women in the Workplace by consulting firm McKinsey found that there is a “broken rung” in the corporate ladder for women: gender parity, where women are not being promoted to manager positions as often as their male counterparts. 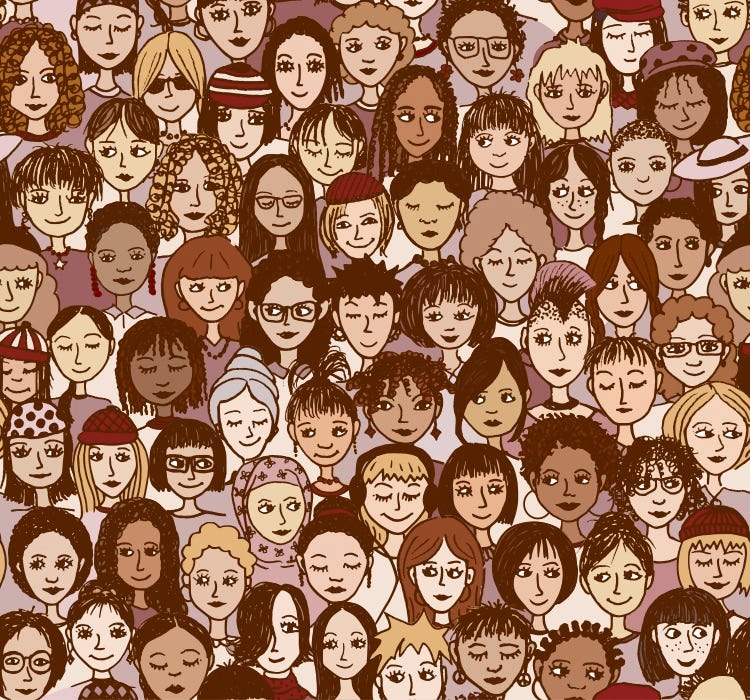 The numbers are even worse for women of colour.

For every 100 men that are promoted, only 68 Latina women and 58 black women are. As Business Insider previously reported, black people make up only 3.2% of senior leadership roles at larger companies, and only 8% of white-collar professionals.

But despite the numbers, there is overall progress for women rising through the ranks, McKinsey found that female C-suite representation has risen to 21%, which is up from 17% in 2015. Companies such as American Express are being more aware of the importance of female inclusion, and creating safe environments for women to become, feel, and even say the word “ambitious.”

“Ambition is intrinsically tied to confidence – not just in ourselves – but in our ability to be recognised for our contributions and, ultimately, find the resources we need to achieve our goals,” Denise Pickett, president of American Express’ global services group, previously told Business Insider. “By openly articulating our ambitions, and the barriers we may face in achieving them, we can find the right advocates to help us overcome these challenges.”

Keys and American Express teamed up at American Express’ Global Women’s Conference on February 10, where Keys spoke onstage with American Express Chief Marketing Officer Elizabeth Rutledge, as well as tennis legend Venus Williams, about what it means to be “ambitious.”

To Business Insider, Keys spoke about her career in the music industry, and described her ambition as “a personal desire to achieve a vision and a dream.”

“Ambition means so many different things for women – across both our personal and professional lives,” Keys said. “I am quite ambitious and rigorous, and in some ways it’s turned me into a workaholic. As time has passed, I have learned a bit better how to balance it all – to create joy. If you don’t have that, you can lose it.” 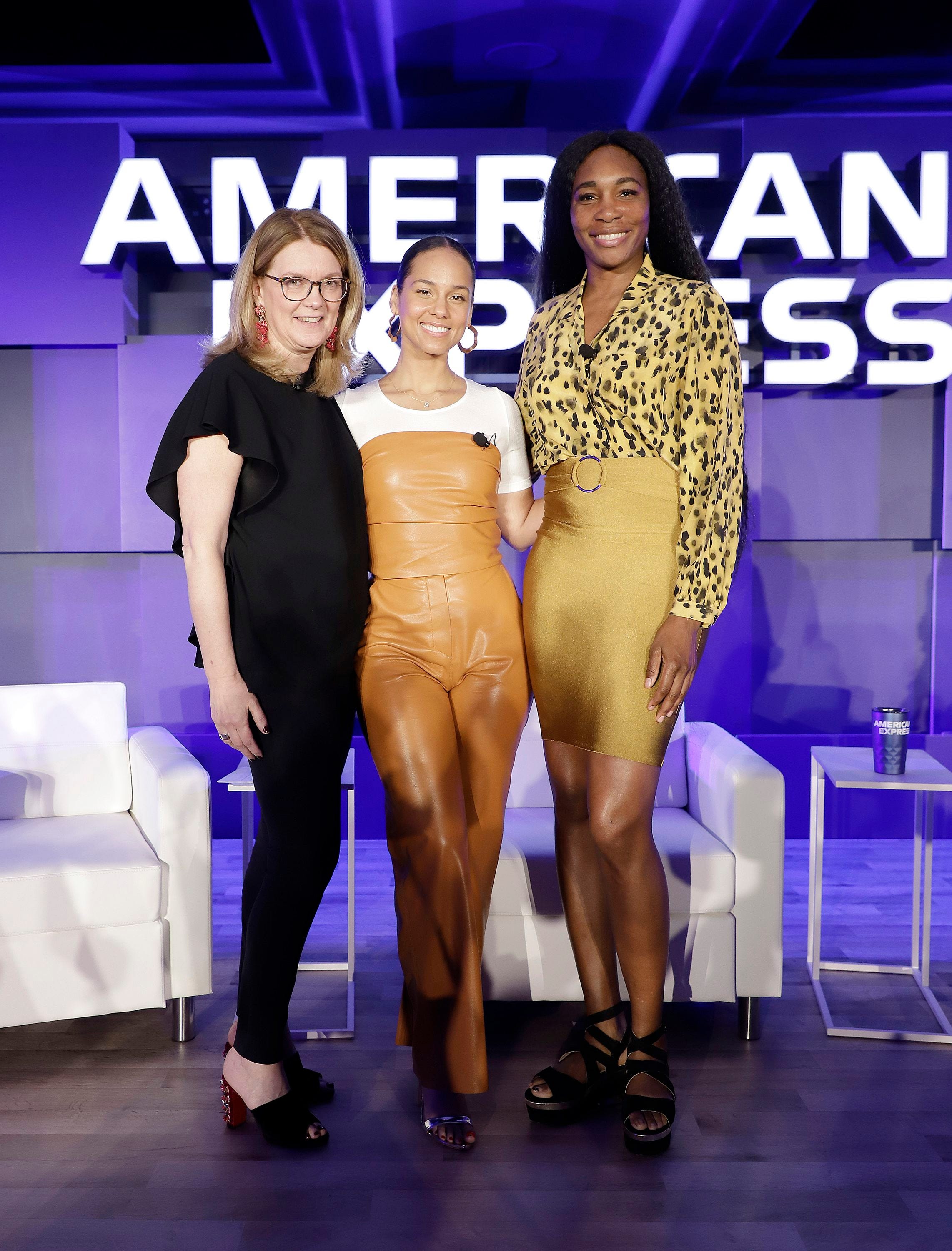 Keys spoke more on the subject in her new book, set to be released late March, entitled “More Myself: A Journey.”

The latest Inclusion in the Recording Studio report by the USC Annenberg Inclusion Initiative found that only 12.3% of songwriters are women, in comparison to 87.7% with regard to men songwriters. Of producers, only 2.1% are women, compared to 97.9% men – and 0.0005% are women of colour. 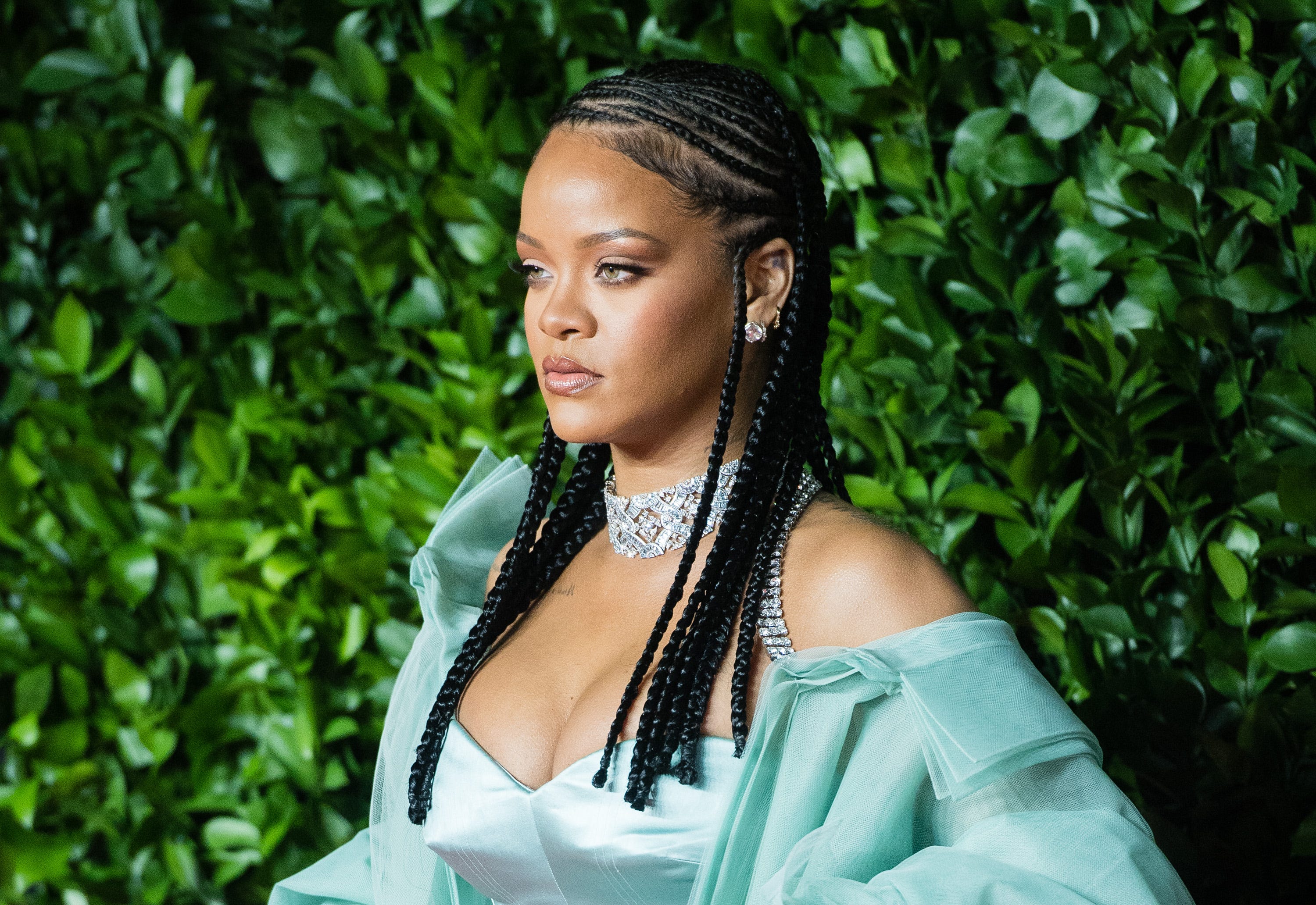 Samir Hussein / Contributor / Getty ImagesThe top female songwriters in the industry in 2018 were: Nicki Minaj with 18 credits, Rihanna with 14, Taylor Swift with 12, Katy Perry with 9, Adele with 8, Sia with 8, Cardi B with 8, Starrah with 8, and Selena Gomez with 7.

“The music industry still has a way to go,” Keys said. “I never thought the numbers would be that drastic. So, I got together with other women in the music business – my lead engineer and my music publisher and another incredible woman at William Morris Agency – and we all said, ‘how can we participate? How can we make sure we’re creating moments and opportunities for other women? Are we hiring women?’ We had to reflect on our own ability to change the narrative.”

Although the music industry may not be making as much progress as overall corporate America, there has been some progress for female artists; especially as leaders such as Keys are take charge in trying to make a change.

In 2018, then-Recording Academy President Neil Portnow was asked by Variety about gender parity in the music industry and said women need to “step up” if they want to be part of and recognised in the music industry. Portnow announced that he would be “stepping down” four months later, following various misconduct accusations against the academy, including harassment.

Keys spoke about the importance of a support system in which women take care of one another, at the American Express Global Women’s Conference. She said that, in addition to “helping women embrace their ambition and pay it forward,” it is also essential for women to be more ambitious for each other.

“I’ve learned you have to be focused on your own North Star to find your joy, to get where you want to go,” Keys said. “I’ve found a lot of joy in being ambitious for the dreams of other people who really need the support to get to the next level within.”