Alibaba's Singles Day is over. Now comes the task of delivering $74 billion of merchandise ordered on world's largest shopping holiday. 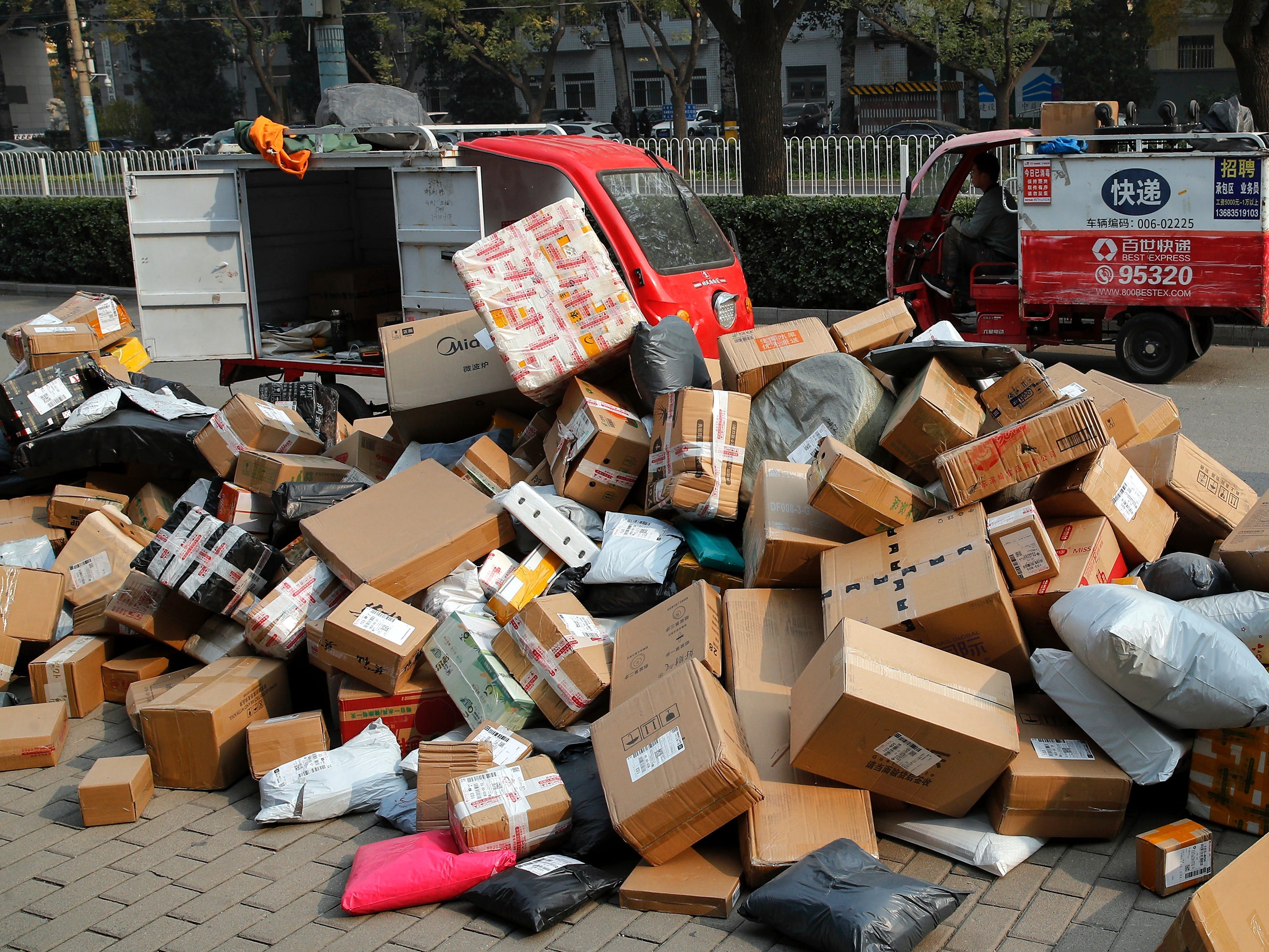 Alibaba’s Singles Day sales were over $US74 billion, the Chinese retail giant reported shortly after midnight local time, which translates into a massive logistics operation for delivery.


Read more:
Here’s how Alibaba is growing the global reach of Singles’ Day with help from US brands like Allbirds and Fender

Singles Day on November 11, or Double 11, is a Chinese shopping holiday started by online retailer Alibaba. Sales each year surpass Black Friday and Cyber Monday combined, making it the world’s single largest shopping event. Photos from last year showed the “chaos” of delivering $US38 billion worth of goods, and this year looks to be an even larger operation.

This year, Alibaba expanded Singles Day to four days, and smashed previous records with over $US74 billion in sales. 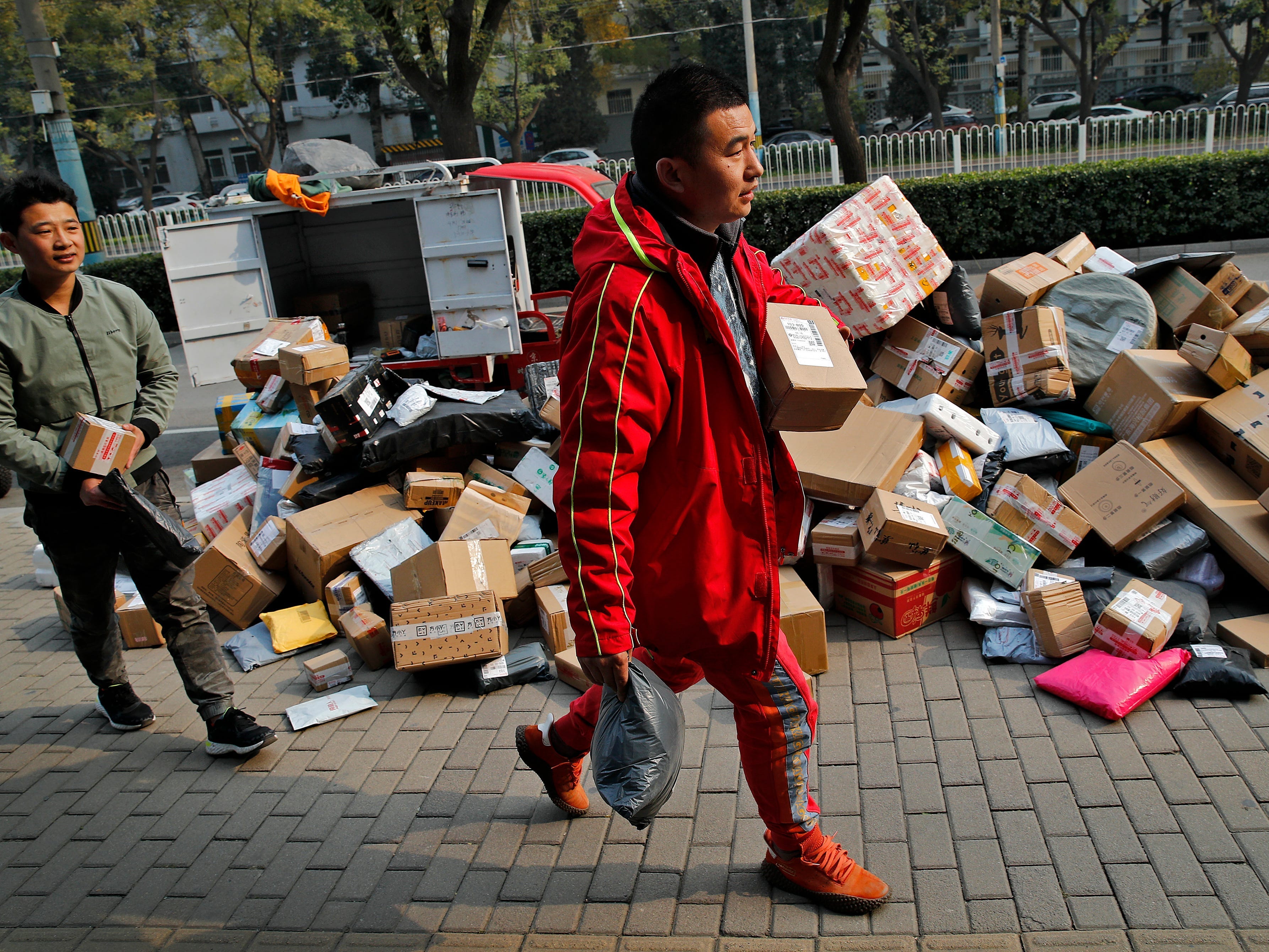 It nearly doubled last year’s $US38 billion, which was itself a record at the time.

Cainiao is Alibaba’s logistics arm, and for Singles Day 2019 it processed 1.3 billion orders. This year, Cainiao prepared more than 3,000 charter flights and ships to deliver goods within China, according to BBC. Three million people will be involved in processing and shipping orders at warehouses and ports. 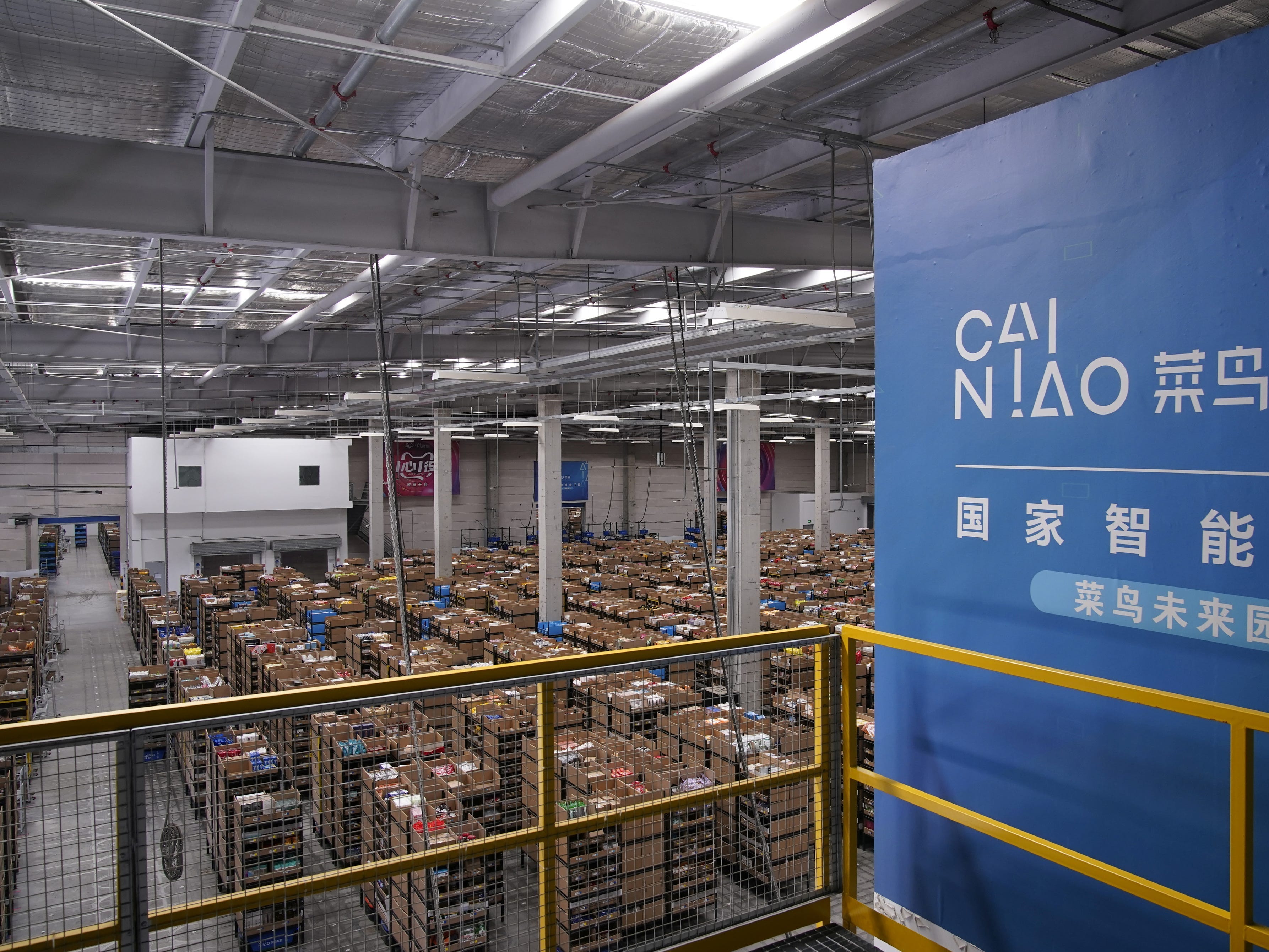 It will delivery to 10,000 lockers, so buyers can pick up packages without human contact. 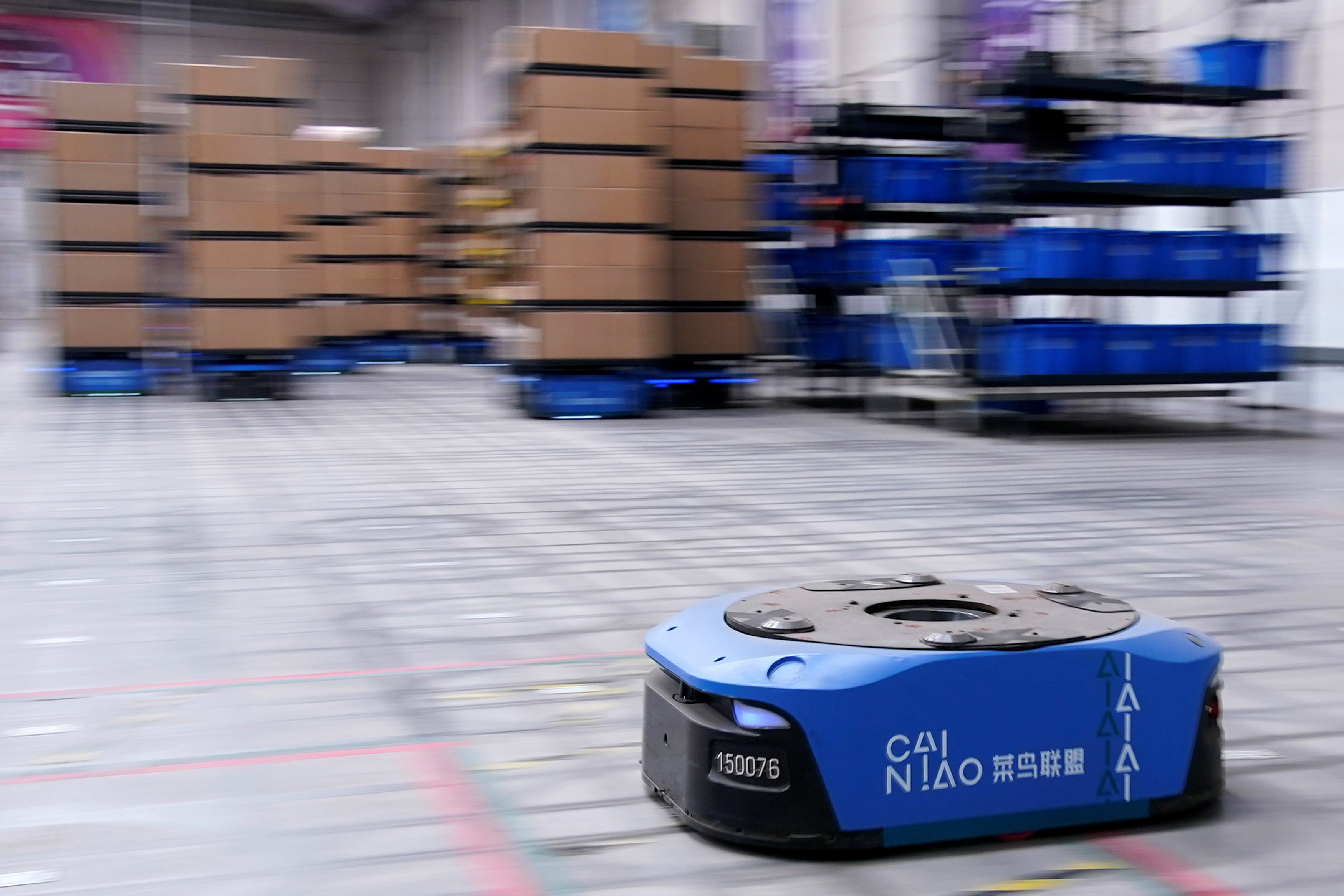 The company first introduced the robots in 2018, and says it has significantly saved time in the warehouse, according to CNBC. 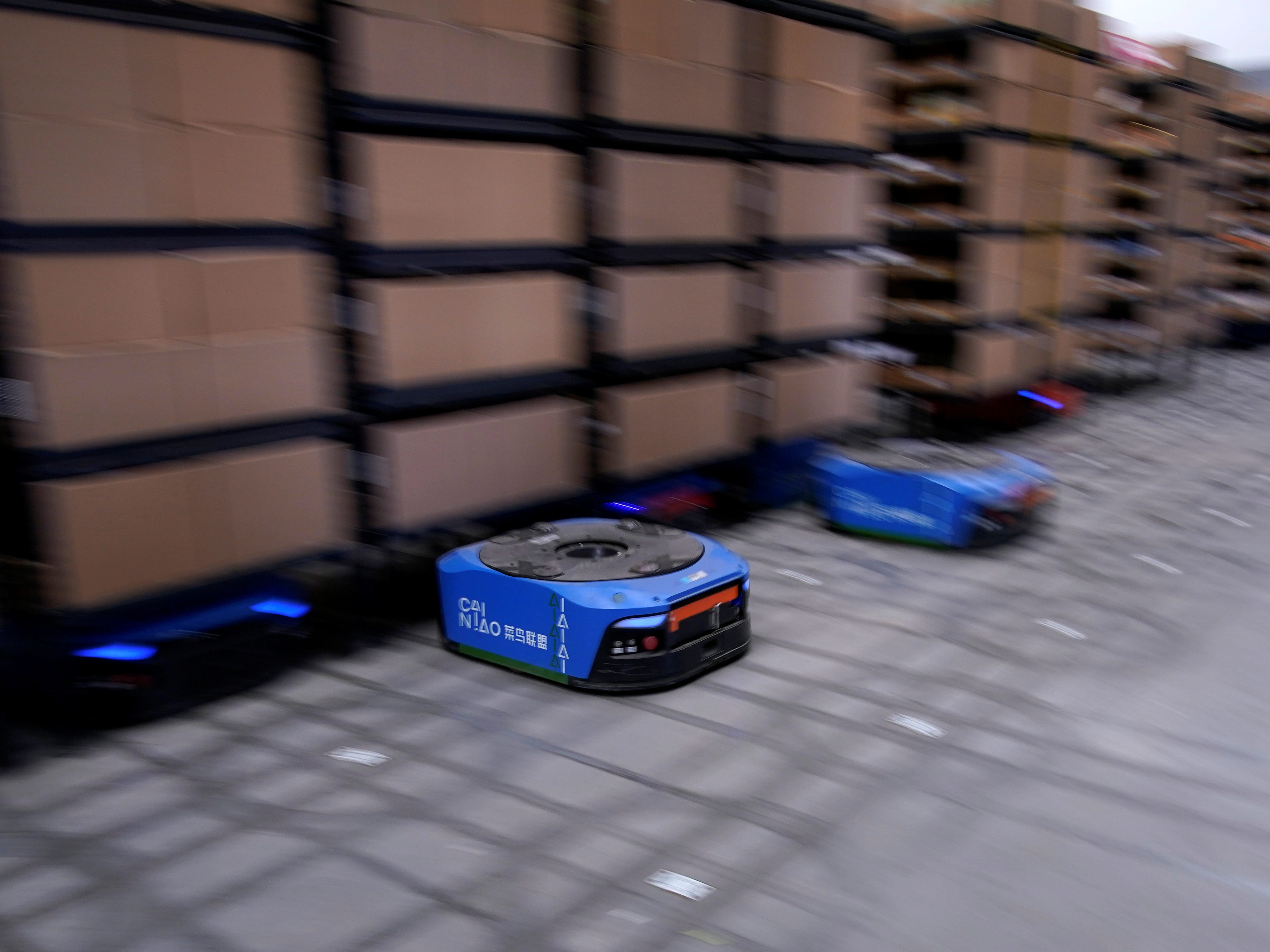 The robots work by picking up packages and moving them to another part of the warehouse, where they can be processed for delivery. 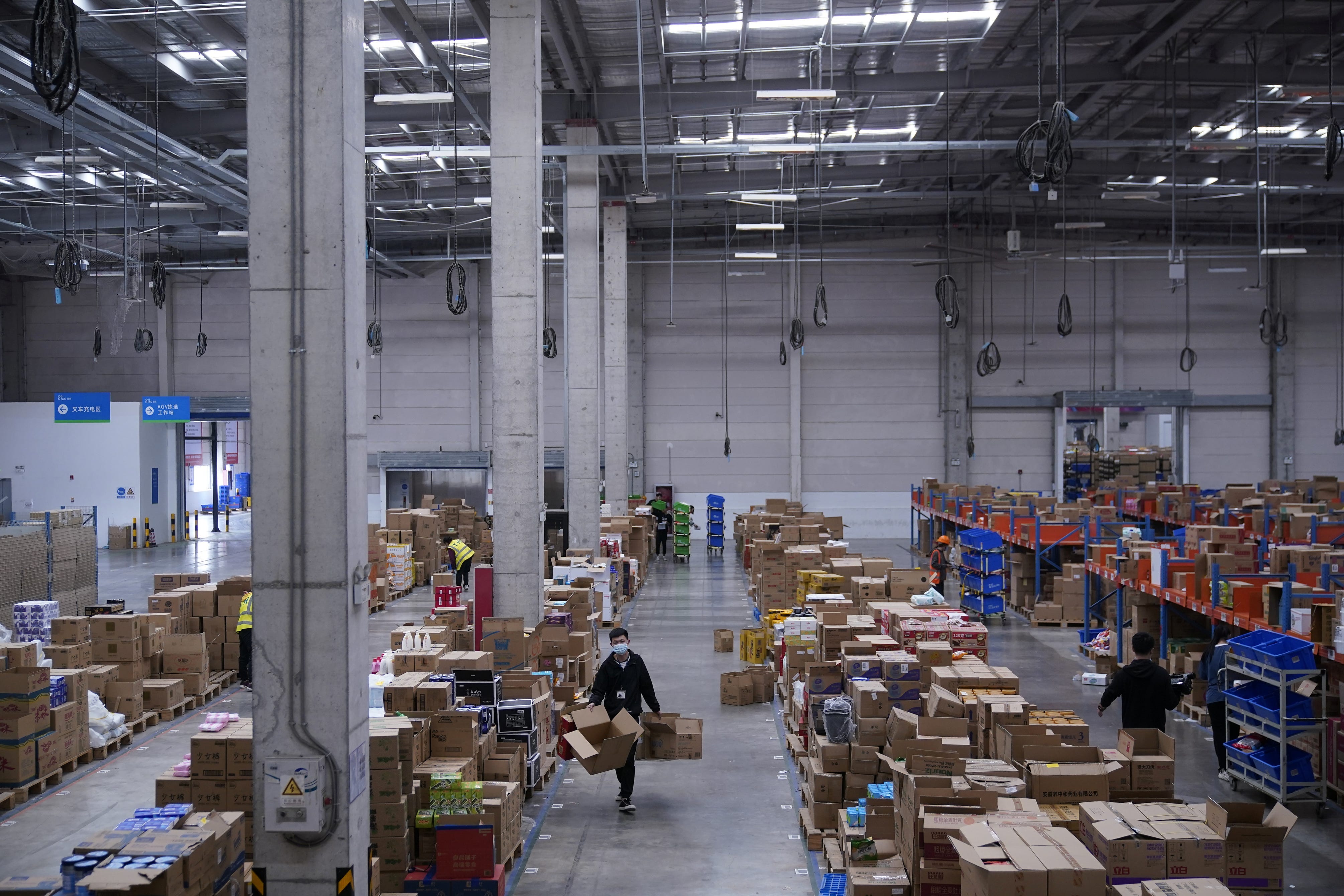 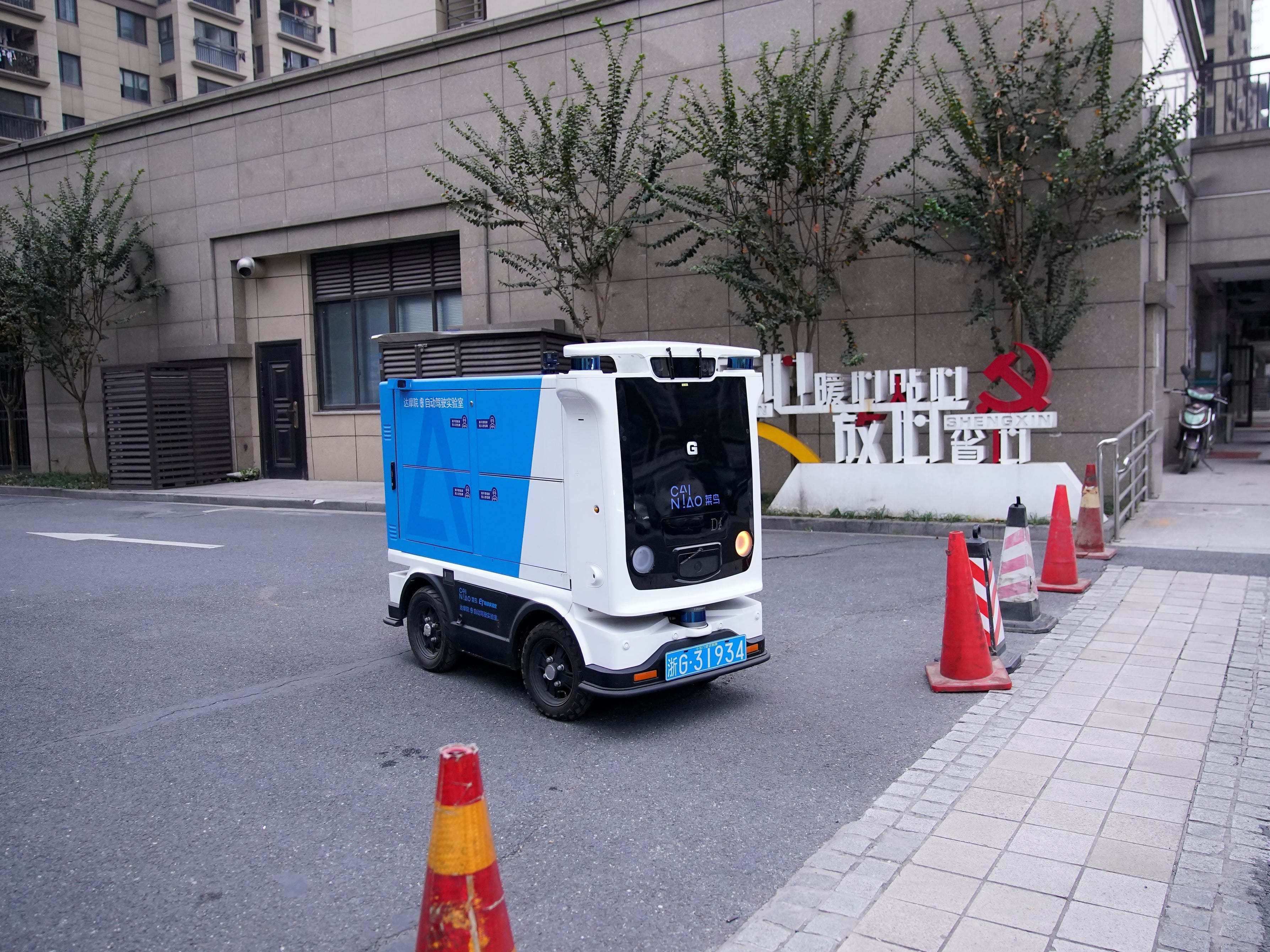 Cainiao is emphasising sustainability this year, and has almost reach 100% biodegradable packaging. 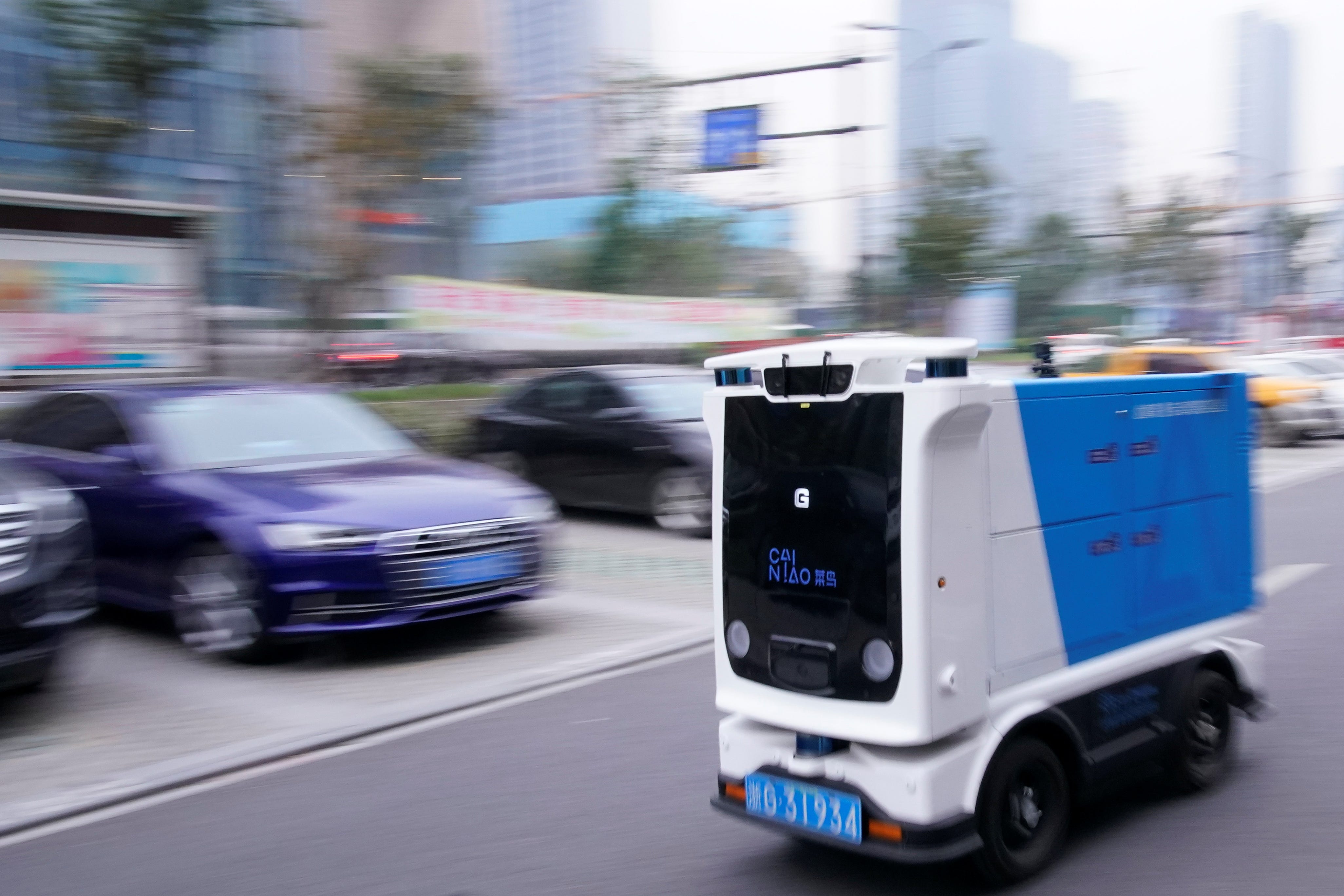 It set up about 80,000 recycling stations around China to encourage customers to recycle packaging. 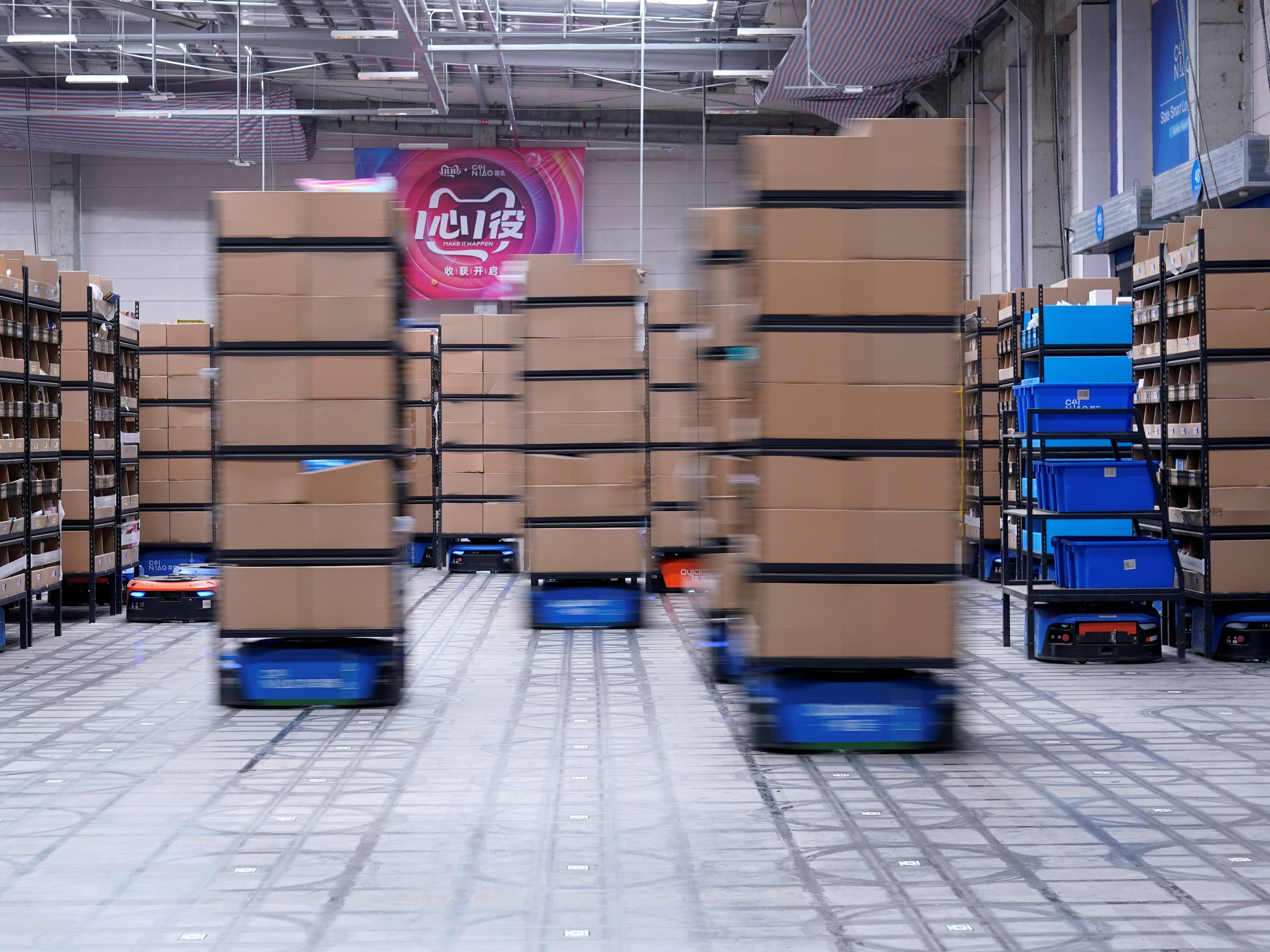 JD was another e-commerce retailer participating in Singles Day. 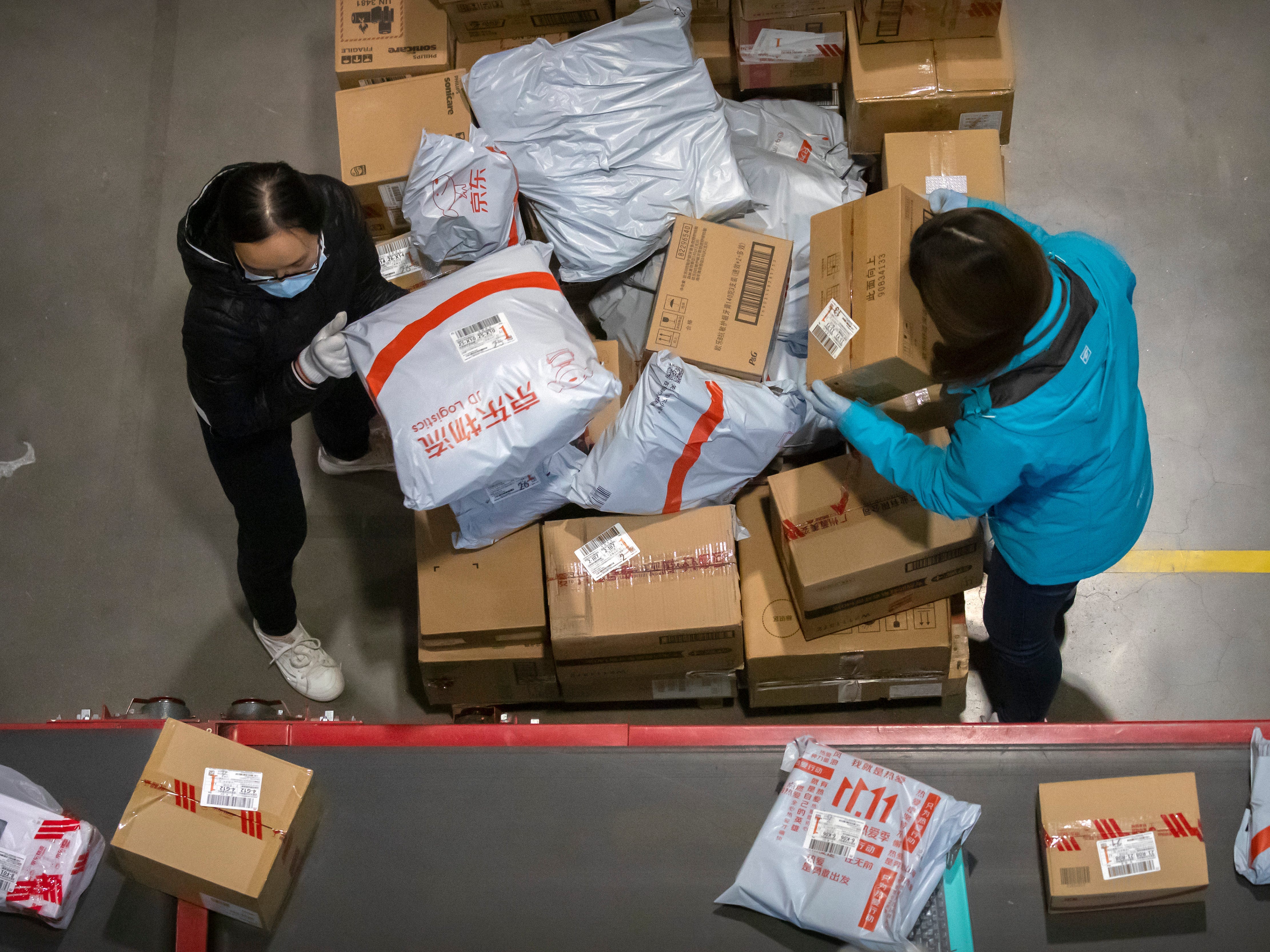 JD’s network of more than 730 warehouses was also swamped with deliveries after the shopping holiday. 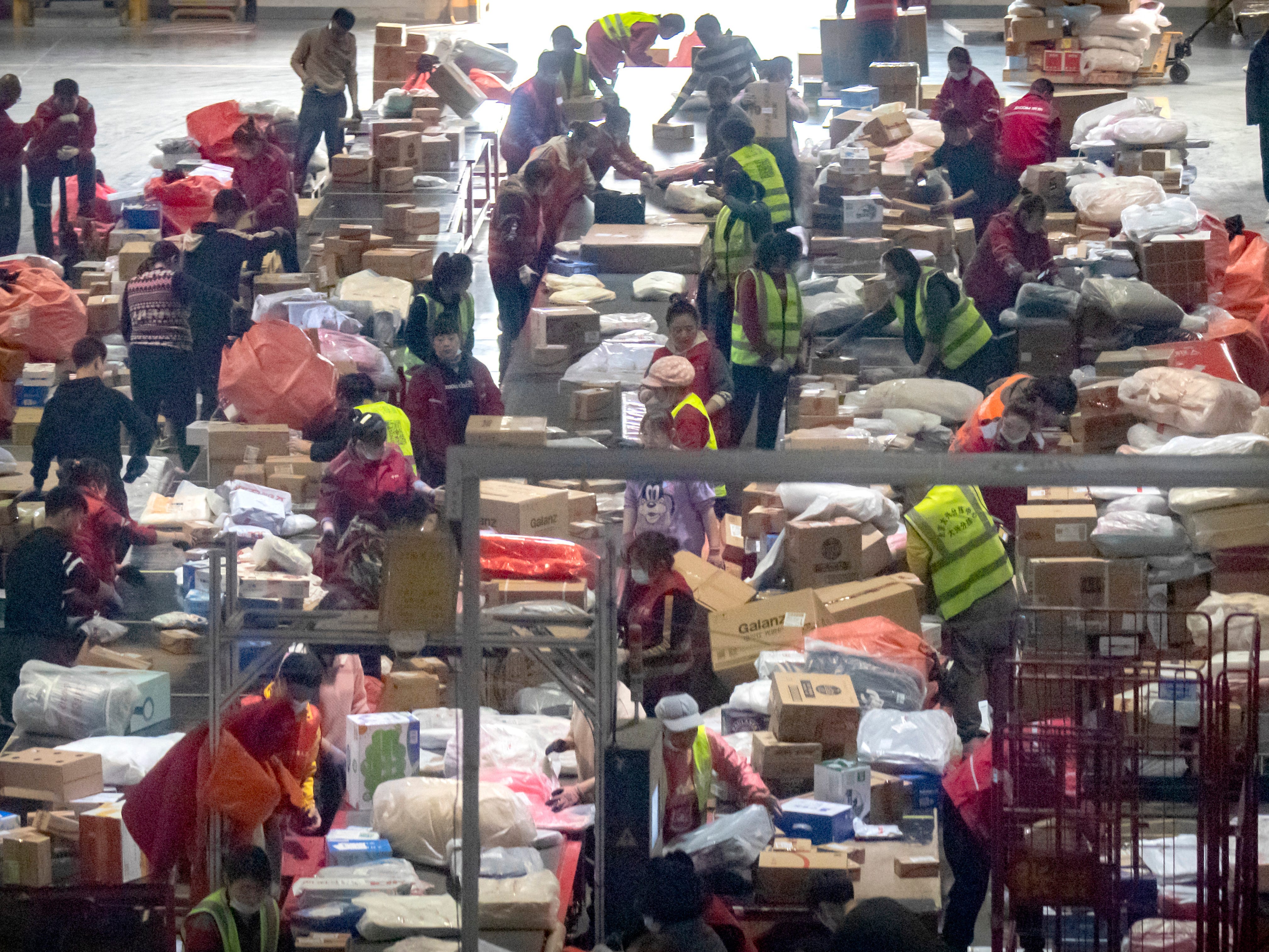 Both companies boosted their logistics networks this year, and some customers received orders in only a few minutes. 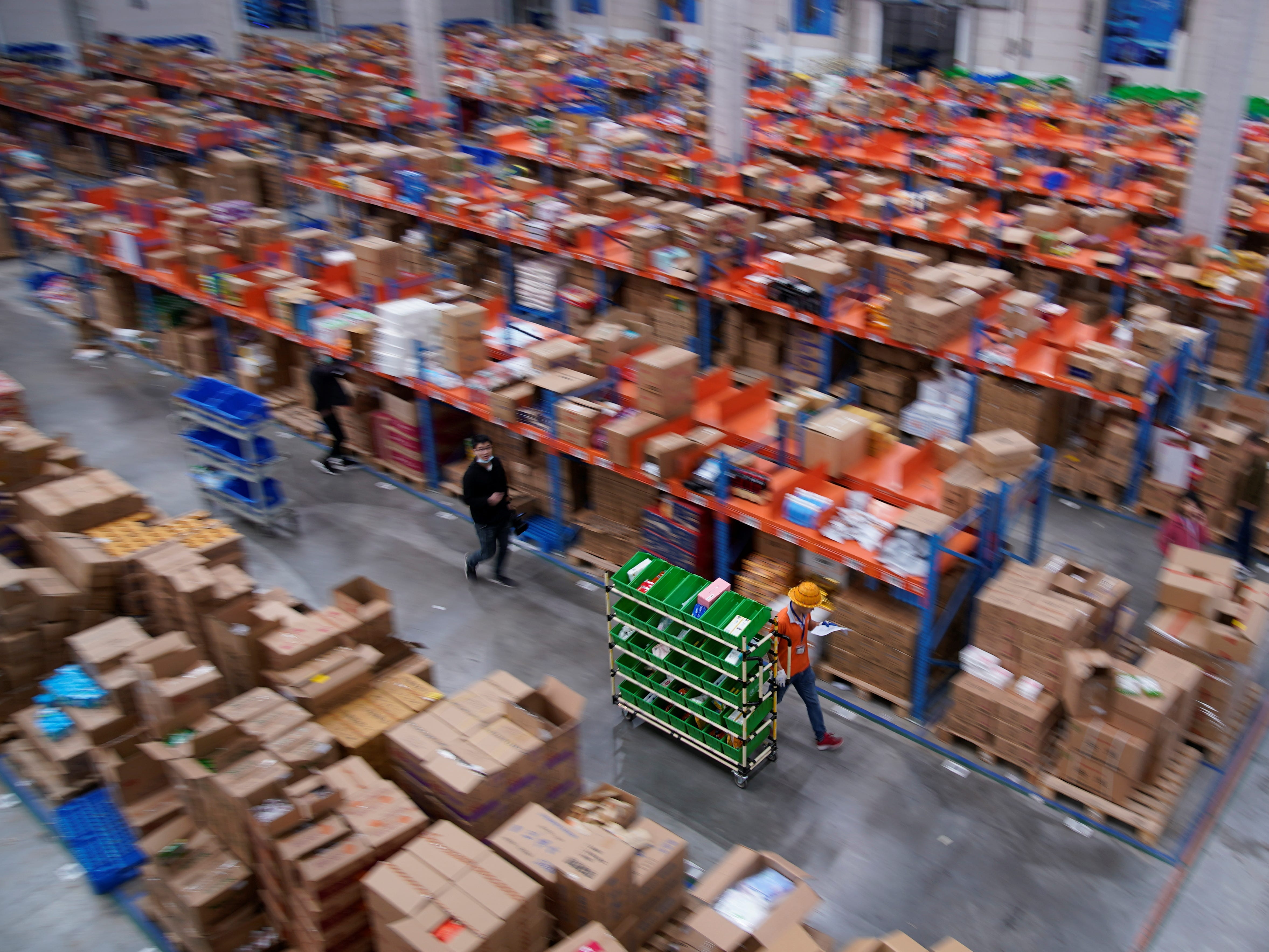 A JD customer in Heilongjiang province ordered a lipstick and received it only six minutes later, according to the company. It was JD’s first Singles Day 2020 order. 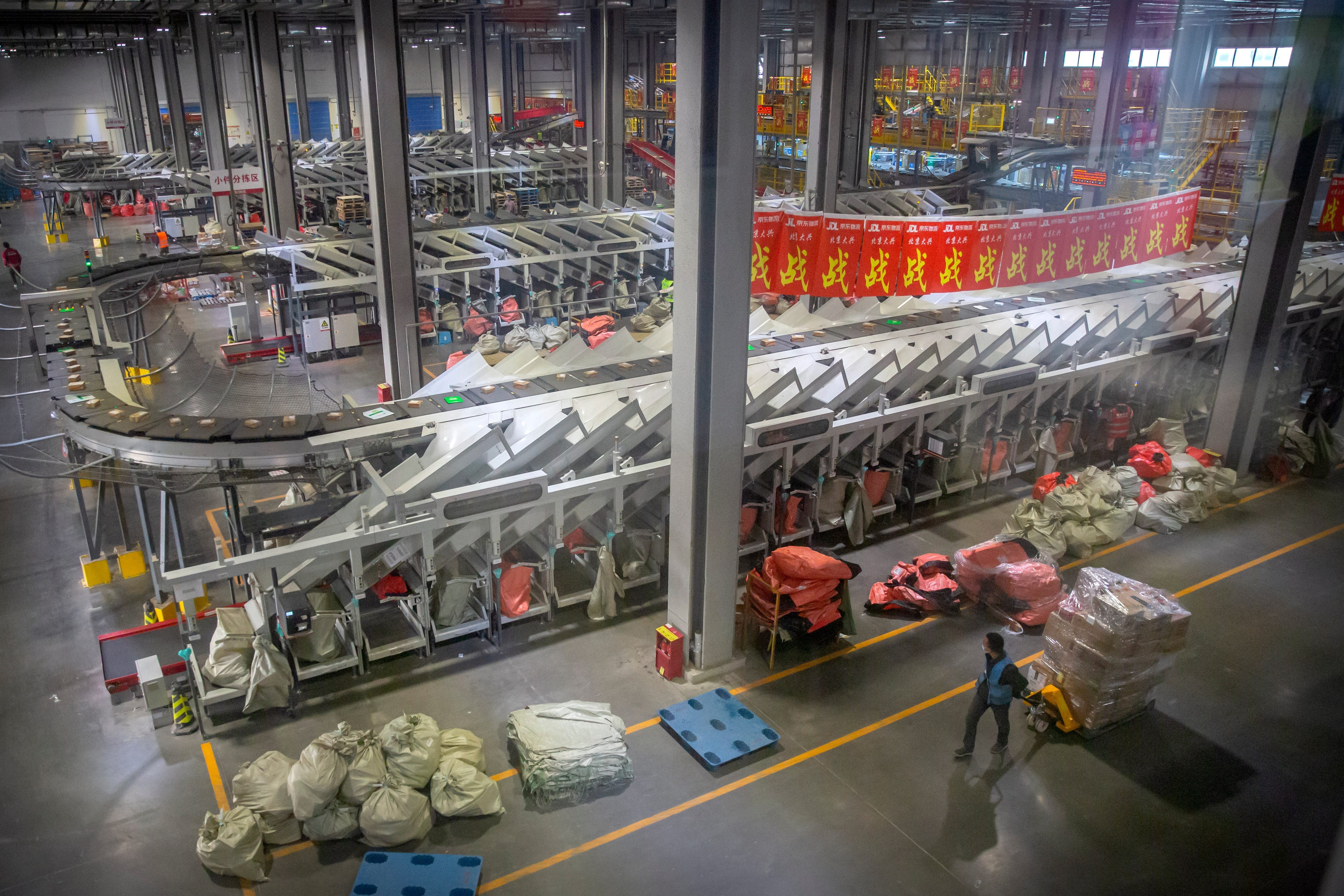 Alibaba’s first delivery of Singles Day was a mosquito repellant, delivered to a customer in Sichuan province 11 minutes after it was ordered. 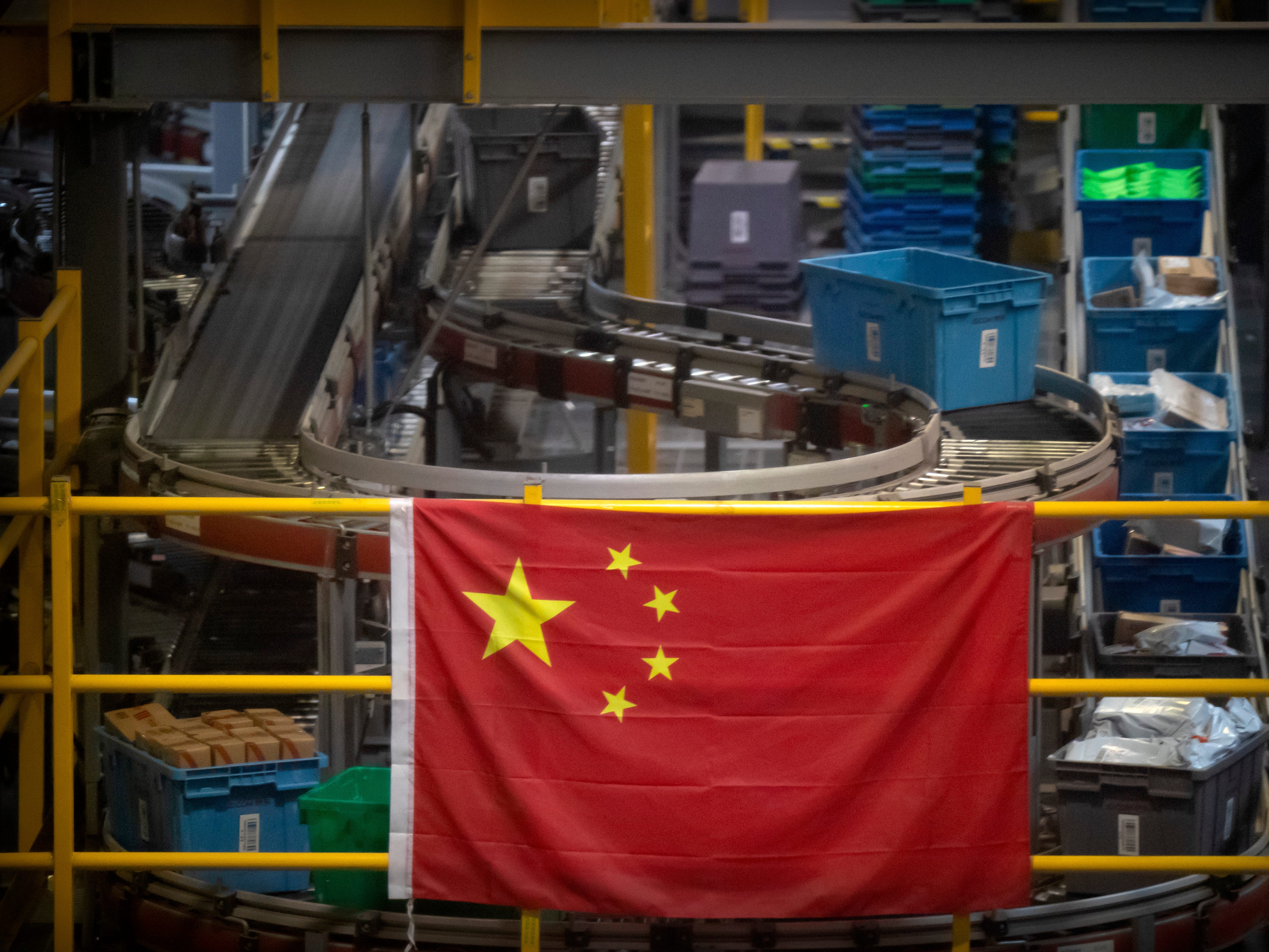