Alexandria Ocasio-Cortez is not dead-set against Amazon coming back to New York.

When Amazon announced in February it was abandoning its Queens HQ2 plans, Ocasio-Cortez tweeted jubilantly.

“Anything is possible: today was the day a group of dedicated, everyday New Yorkers & their neighbours defeated Amazon’s corporate greed, its worker exploitation, and the power of the richest man in the world,” she wrote.

Conservative groups have accused Ocasio-Cortez of scuppering the deal and costing the community thousands of jobs, with one going so far as to erect a billboard in Time Square.

In an interview with Bloomberg’s Emily Chang on Tuesday, Ocasio-Cortez’s chief of staff Saikat Chakrabarti, said she objected to the “process” by which Amazon said it would come to New York, rather than being fully opposed to Amazon setting up shop in the city.


Read more:
Alexandria Ocasio-Cortez hits back at Times Square billboard that blames her for Amazon cancelling its New York HQ2

“The deal was sprung on the community without any input and there’s a real cost whenever tech companies come in without community input. Rents go up, people get evicted, there’s an actual human cost,” he said.

He added: “If we can do it through a community process and there’s a way for the community to actually engage and make their demands heard, I think that would have been a better way to have done that.”

At the opening of her first District Office on Monday, Ocasio-Cortez also responded to questions about Gov. Andrew Cuomo attempting to woo Amazon back to New York.

“I don’t think I was disappointed per se, I understand his [Cuomo’s] position and I understand why he would want to bring them back to the negotiating table. I think what I would just have to say about that is we need to make sure that we are not imposing things on communities, but that communities have the ability to determine for themselves what they’d like to bring in.”

According to The New York Times, Cuomo has been speaking with Amazon executives, including CEO Jeff Bezos, to try to get the company to change course. Business leaders are also doing their bit, publishing an open letter to Amazon in the Times asking Amazon to reconsider. 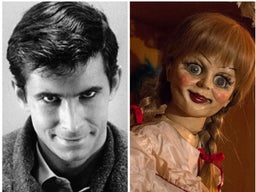