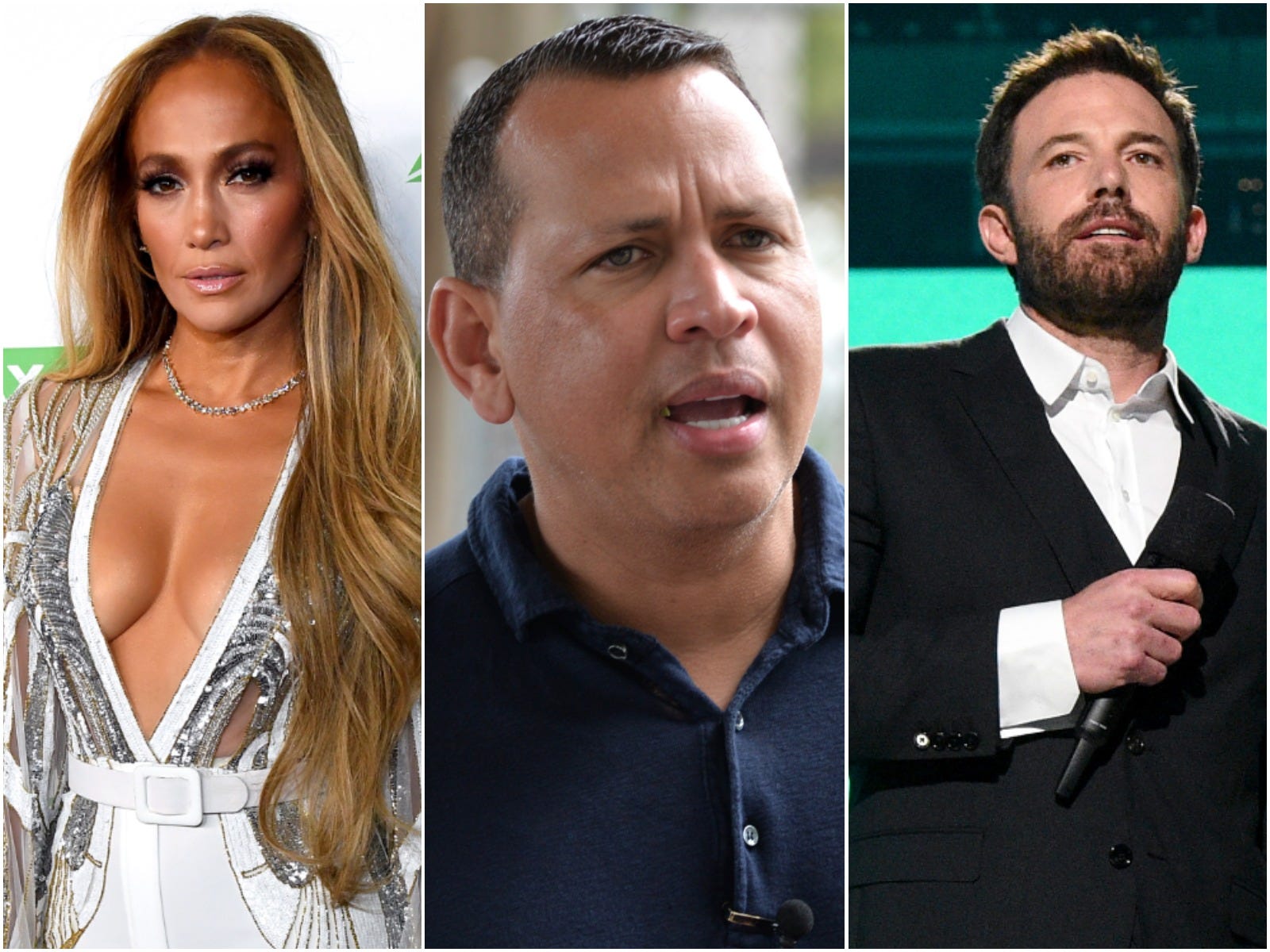 Alex Rodriguez had a short but pointed response to the news that his ex-fiancée, Jennifer Lopez, has rekindled her decades-old romance with actor-director, Ben Affleck.

On April 30, Page Six reported that Lopez, who split from Rodriguez in April, has been spending time with Affleck at her Los Angeles home. And earlier this week, People magazine reported that the two stars were spotted on a trip in Montana where Affleck is said to own a home at the exclusive Yellowstone Club.

In a video posted by Page Six on Tuesday, Rodriguez was asked about the news by paparazzi, and he responded simply: “Go Yankees.”

Rodriguez, a former Major League Baseball star, played for the Yankees for 12 years. The Yankees are, of course, famous rivals of Affleck’s beloved Boston Red Sox.

Affleck, 48, is such a dedicated Red Sox fan that after the release of his 2014 film “Gone Girl,” it was reported that production on the film was shut down for four days because Affleck refused to wear a Yankees hat for a scene.

“I said, ‘David [Fincher, the film’s director], I love you, I would do anything for you,'” Affleck told the New York Times around the film’s release. “‘But I will not wear a Yankees hat. I just can’t. I can’t wear it because it’s going to become a thing, David. I will never hear the end of it. I can’t do it.’ And I couldn’t put it on my head.”

David Fincher discusses the incident on the film’s DVD commentary. He said: “It did not come to blows, but we had to shut down production for four days … which I thought was entirely unprofessional.”

News of Lopez and Affleck’s romance has dominated headlines with the popular moniker “Bennifer,” a combination of both their first names, trending on social media sites. And on Monday indie film director Kevin Smith, who directed Lopez and Affleck in the 2004 romantic comedy “Jersey Girl,” set out to remind everyone that he is the originator of the viral nickname.

“‘Bennifer’ is trending. It’s a name I first gave the kids during ‘Jersey Girl’ pre-production before the world found out they were dating,” he tweeted on Monday.

“I’d later drop the name in an interview with the @nytimes. Shortly thereafter, it appeared in the article and then entered the vernacular.”

Neither Lopez nor Affleck has confirmed reports of their relationship.