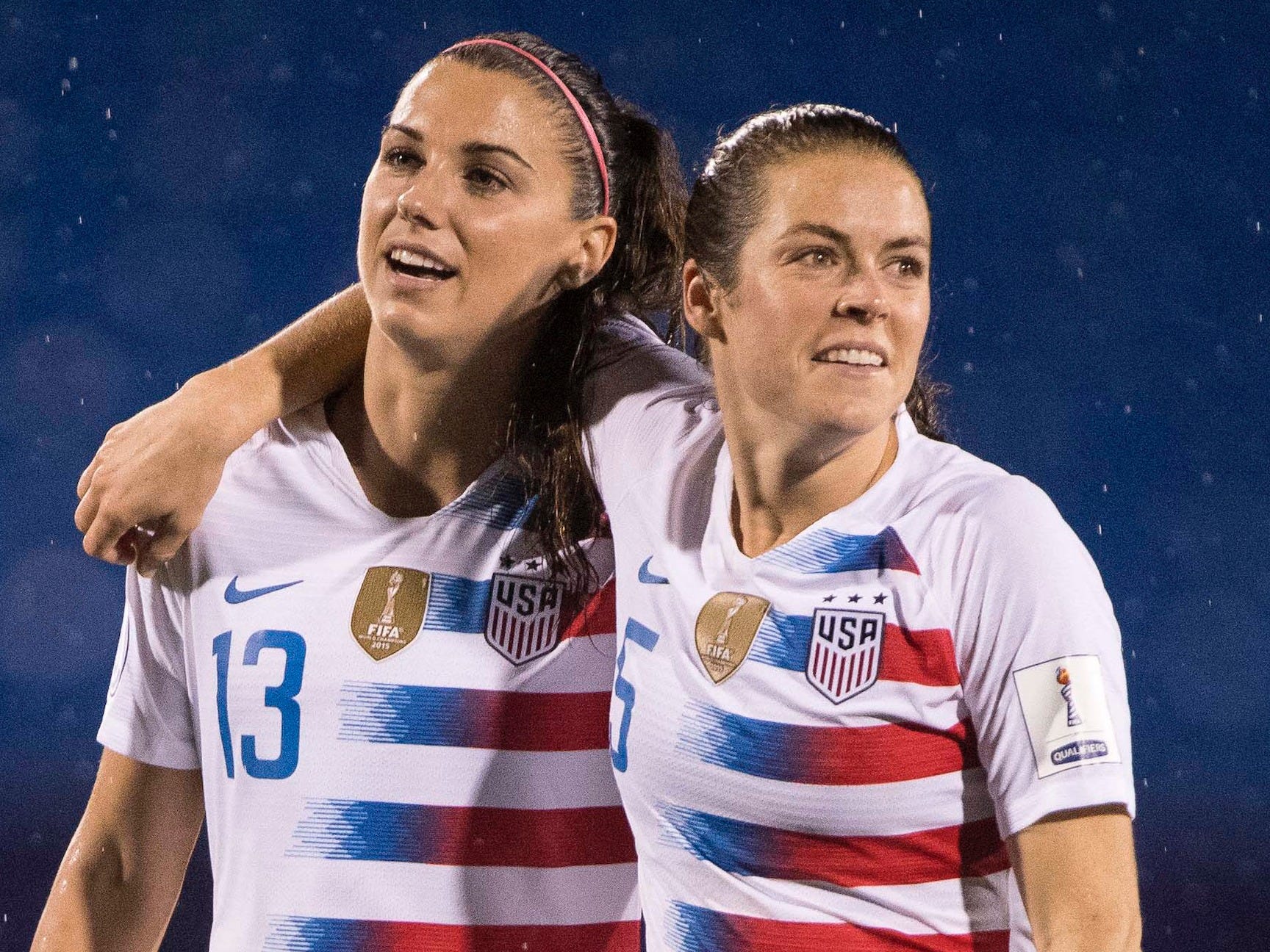 Jerome Miron-USA TODAY Sports‘I kinda looked like I was smoking a blunt, too, but it’s fine,’ Alex Morgan told Kelley O’Hara. ‘Like most people thought I was sipping tea.’

Alex Morgan’s tea-sipping celebration after her 2019 World Cup goal against England was nothing short of iconic.

After scoring a brilliant header to put the USWNT ahead of the Lionesses in their semifinal match last summer, Morgan famously ran towards the sideline and pretended to sip tea while facing the crowd. The celebration, which came just two days prior to Independence Day in the United States, received backlash from Brits for mocking their customs.

Morgan reflected on the big moment – and the controversy that ensued – in her first interview since giving birth to her first child, Charlie, in May. She spoke with USWNT teammate and close friend Kelley O’Hara on her new podcast, “Just Women’s Sports hosted by Kelley O’Hara,” Morgan explained that she thought of the celebration well in advance of kickoff. 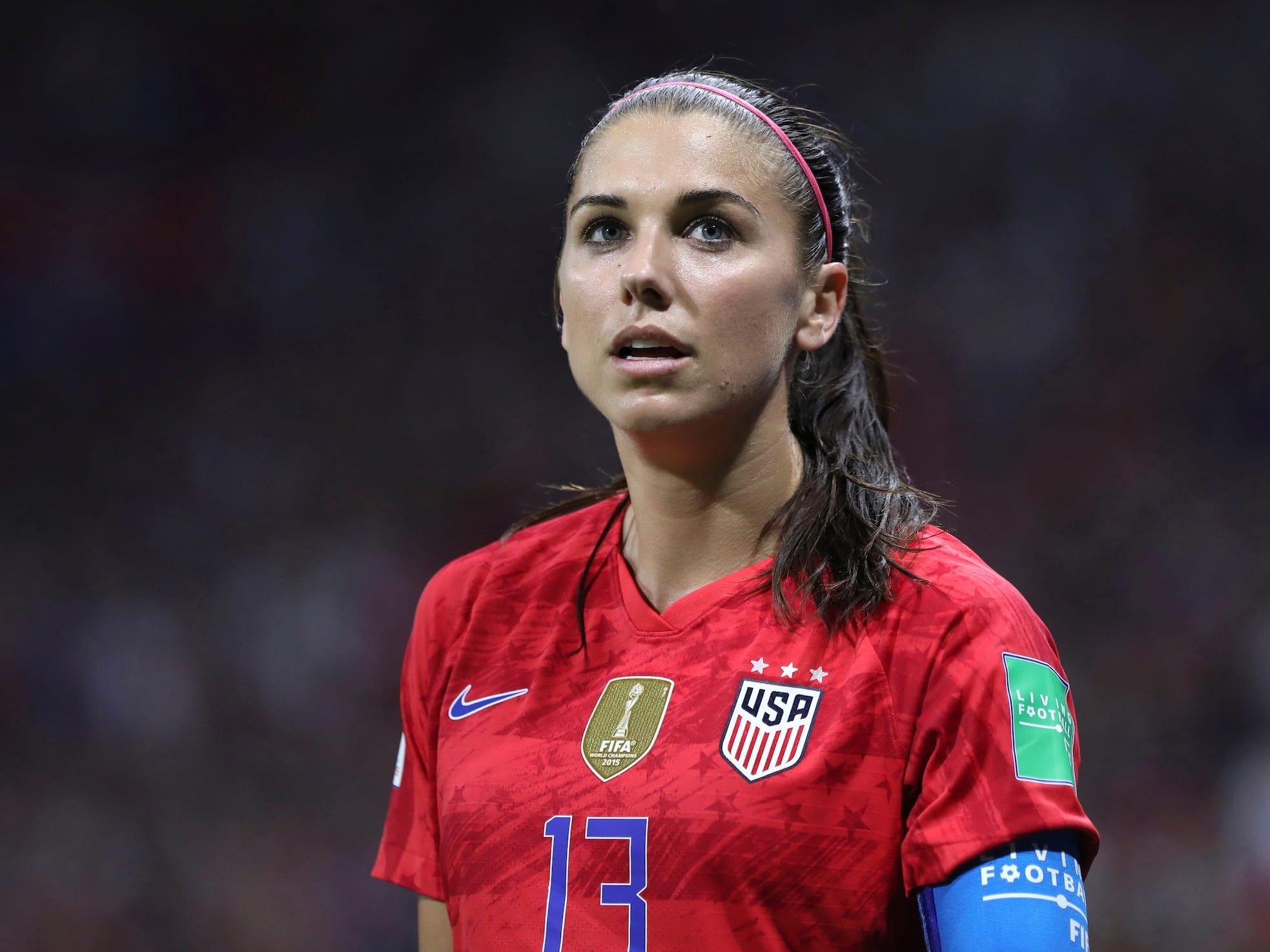 Morgan noted that she was shocked that she “actually remembered to do a celebration” that day because she typically forgets when the moment arrives.

“It was like the first time ever I did one,” Morgan said. “Of course everyone wants to then talk about it and talk shit on me, too, because of it. And the whole country of England wants to kill me for it and I was like ‘This is the first celebration I’ve ever done in my entire life. Let me live.'” 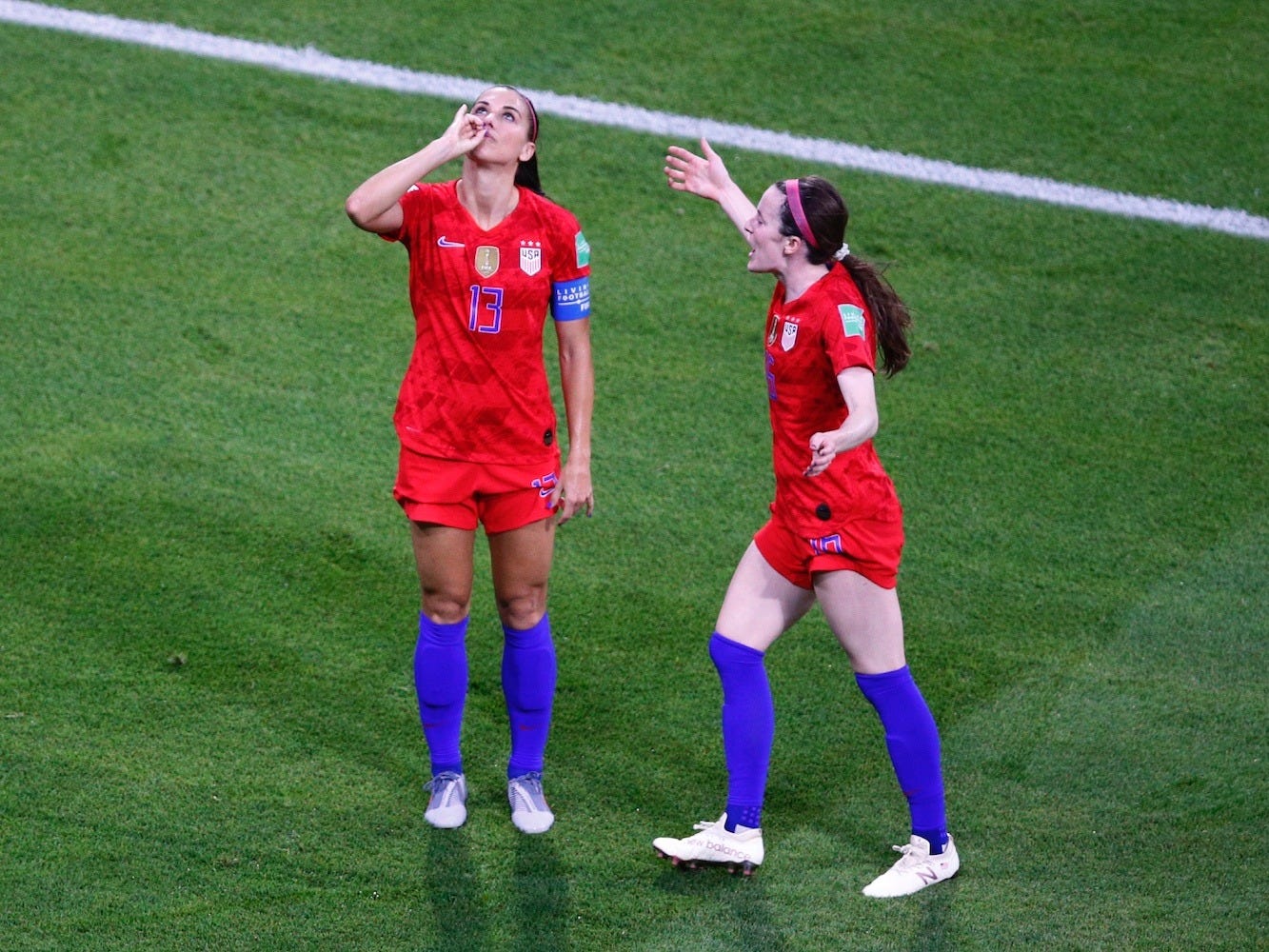 When O’Hara asked if her teammate meant for the gesture to poke fun at the British penchant for tea drinking, Morgan was quick to confirm her intentions.

“Oh, yeah. I mean, that was definitely the thought behind it,” Morgan said. “Like when I did that on the camera before the game I was like ‘We’re playing England and I just did that. Oh yeah, that could be fun!'”

The duo and former roommates also had a nice laugh about another possible interpretation of Morgan’s celebration. 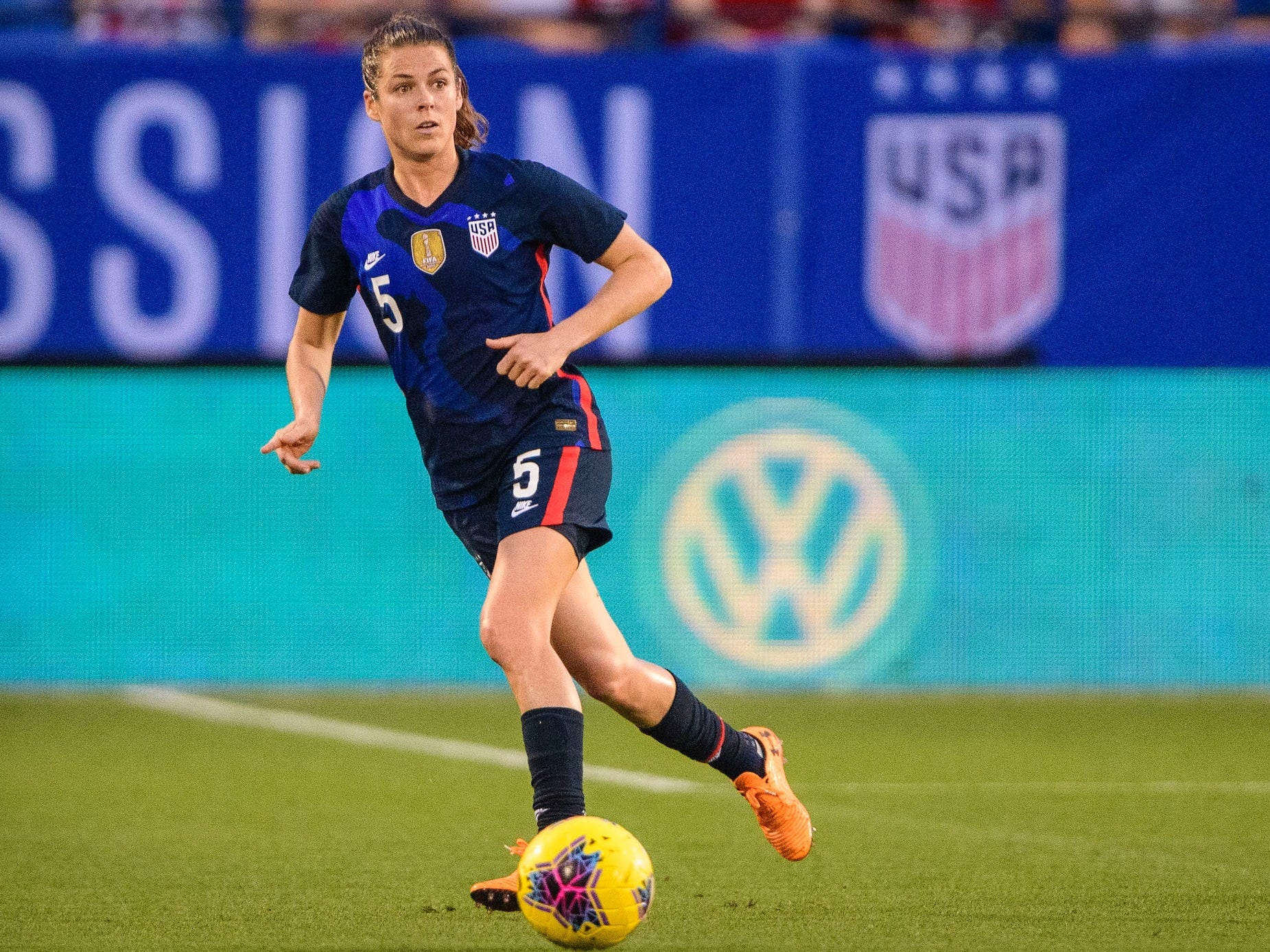 “I kinda looked like I was smoking a blunt, too, but it’s fine,” Morgan said. “Like most people thought I was sipping tea, so, it’s perfect that that story caught on. Imagine if it was like ‘Alex Morgan’s trying to smoke a blunt after she scores.'”

Morgan and O’Hara then debated the most up-to-date verbiage for discussing marijuana use.

“I’m not gonna comment on that,” O’Hara responded, laughing. “I don’t think so, because, I don’t know. I’m not educated in that space.”

“Me neither. I have a child now,” Morgan added. “I have different things to think about.”

These two besties sat down for the realest conversation ever and talked about life, motherhood, soccer, and so much more.⁰

Join @alexmorgan13 and @kelleyohara for the very first episode of the Just Women’s Sports Podcast. ☕️

Fans can tune into the Just Women’s Sports Podcast hosted by Kelley O’Hara on all podcast platforms including Spotify, Apple Podcasts, and Stitcher.