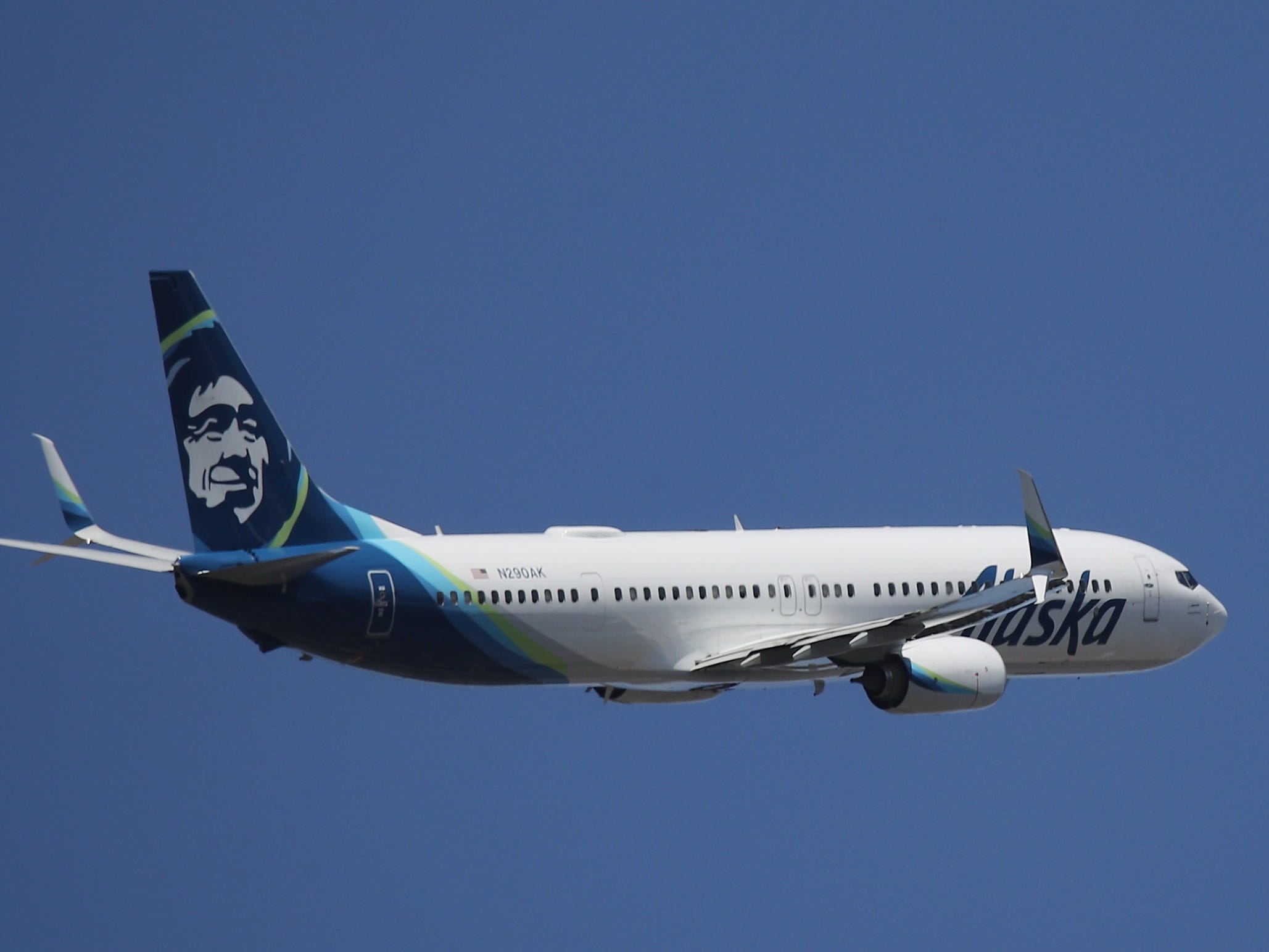 Alaska Airlines is taking a page out of the soccer handbook in its enforcement of face coverings onboard its aircraft.

Starting June 30, passengers who do not comply with the airline’s requirement to wear a face covering onboard Alaska Airlines aircraft will now be given a written warning in the form of a yellow card, according to an airline blog post. Flight crew who notice non-compliance will be tasked with enforcing the rule, aimed at removing “tension and anxiety” from the aircraft.

“The safety of guests and employees is always our top priority, but we also need your cooperation to help keep each other safe,” the card says. “This is why Alaska Airlines requires guests to wear a face mask or covering while on board, except when eating or drinking.”

Exceptions are also made for children and for those while medical conditions. 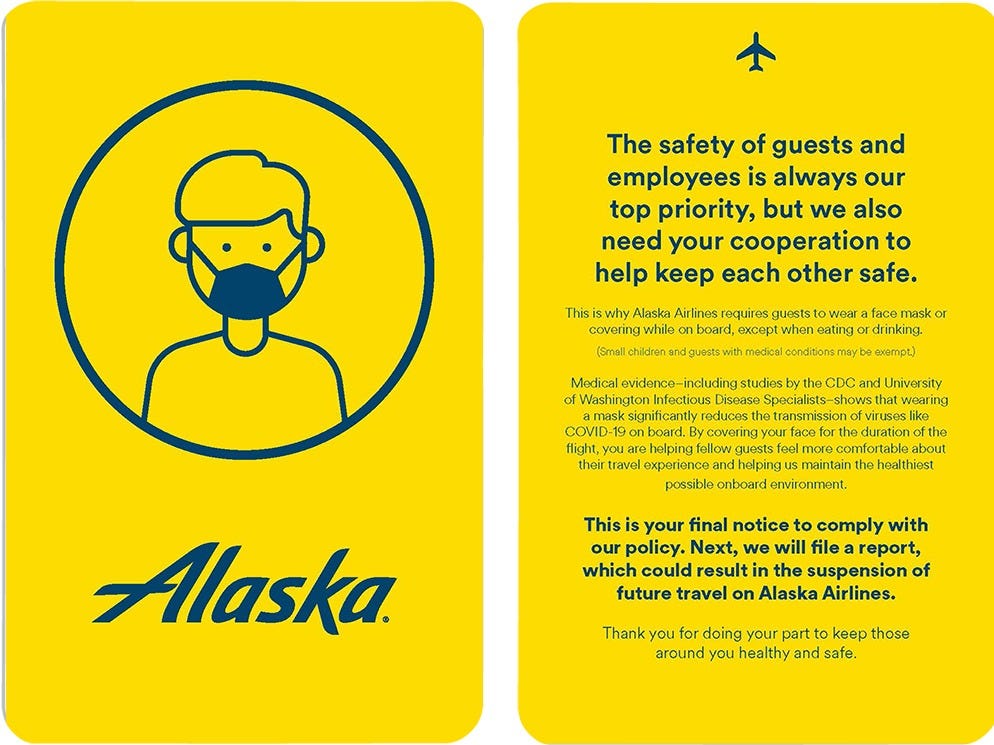 Alaska AirlinesA yellow card written warning given to those not wearing face coverings.

Alaska has been one of the most aggressive airlines in its social distancing policies and began requiring its customers wear face coverings on May 11. Middle seats on the Seattle-based airline’s mainline jets are also blocked for booking and capacity limited at 65% through July 31.

Unlike in soccer, however, there is no red card. Flight crew who observe continued non-compliance will flag the behaviour in a report that triggers an investigation as to whether the passenger should be banned from flying on future Alaska flights.

“This is your final notice to comply with our policy,” the card says. “Next, we will file a report, which could result in the suspension of future travel of Alaska Airlines.”

The airline isn’t alone in threatening bans for flyers who don’t comply with face covering policies. American Airlines recently kicked off a passenger on a flight from New York to Dallas for not wearing the mask.

The passenger, Brandon Straka, was later banned from flying on American for as long as the airline requires its passengers to wear face coverings. Alaska’s new enforcement method helps limit confrontation between flight attendants and passengers compared to a verbal warning.

All 11 major US airlines will require face coverings starting July 2 when the last hold out, Allegiant Air, begins mandating its passengers to adopt the practice on board its aircraft, according to its website.

Wearing a mask or face covering is now included in the Centres for Disease Control’s pandemic recommendations. The practice was not recommended by the government in the early days of COVID-19’s spread but the CDC now says it can help prevent the spread by asymptotic or presymptomatic carriers of the virus.

Most carriers allow for an exception to the mask-wearing rule if a passenger has a medical condition or when eating and drinking.

If a passenger doesn’t have a mask, Alaska’s website states that one will be provided to them.