LIVE UPDATES: Jeff Sessions and Tommy Tuberville will advance to a run-off in Alabama's US Senate GOP primary 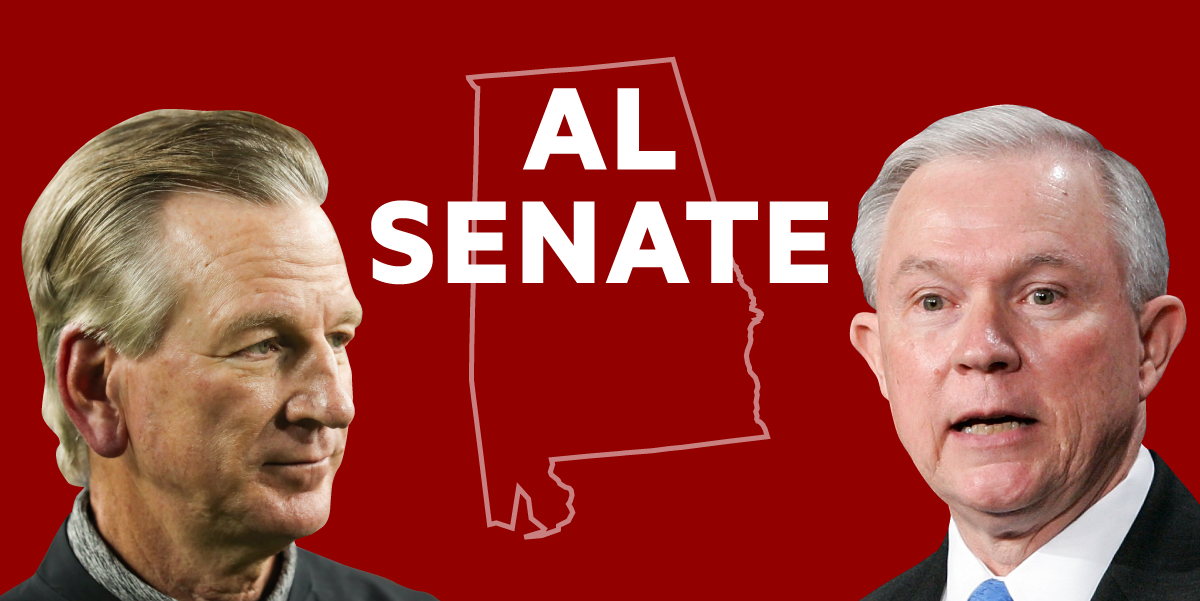 Former US Attorney General and US Senator Jeff Sessions and former Auburn University football coach will advance to a run-off election on March 30, the winner of which will become the Republican nominee for US Senate in Alabama.

Who are the candidates?

These candidates have filed to challenge Democratic Sen. Doug Jones, who won the seat Jeff Sessions vacated to serve as President Donald Trump’s attorney general in a huge upset over Roy Moore in a December 2017 special election.

Who did the polling say is ahead?

The most recent poll of the race conducted from February 4-6 by the Alabama Daily News and Mason Dixon Polling & Strategy shows Sessions with a narrow lead over the rest of the field, earning 31% of the support of likely Republican primary voters compared to 29% for Tuberville, 17% for Byrne, and 5% for Moore with 16% undecided.

While you wait for Alabama Senate results to come in, head over to our main Super Tuesday post to follow all the action.

See the results for the Democratic presidential primary in Alabama here and full results for Alabama House primaries here.