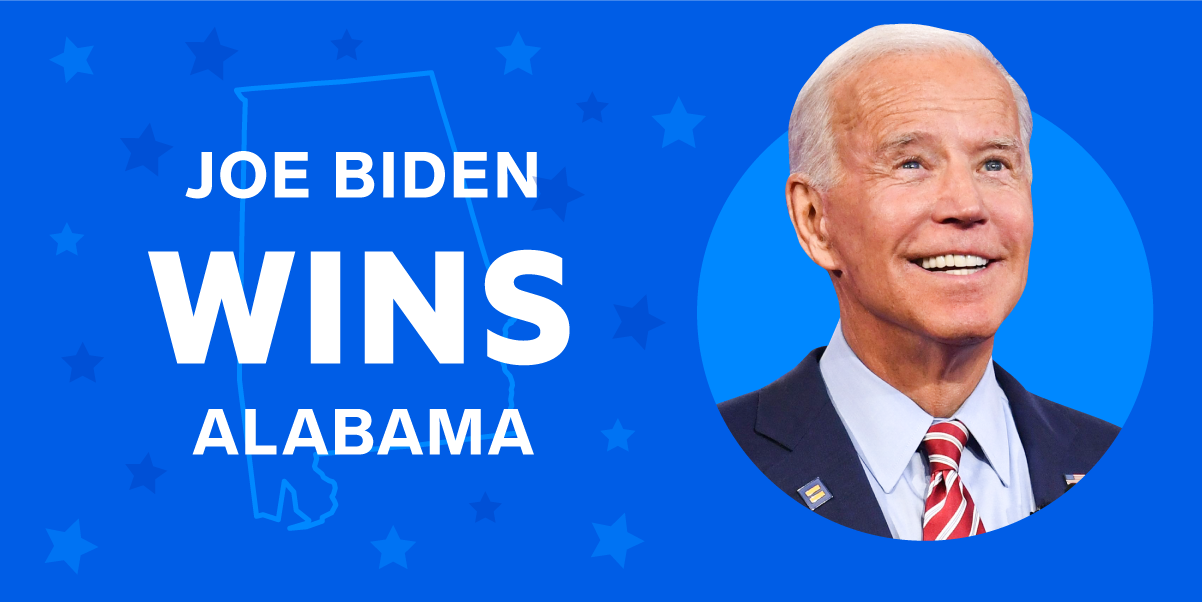 The former vice president has more than tripled Sen. Bernie Sanders’ vote total, earning more than 60% of the state’s primary vote in the process.

The state has been allocated 52 delegates who will go to Milwaukee in July to select the nominee, or 1.3% of the total number of delegates. 18 of those delegates will be allocated proportionally based on the state-wide vote, while the remaining 34 are won at the congressional district level.

The biggest prize at the congressional district level was the state’s 7th district, with eight delegates up for grabs. The district stretches from Montgomery to Birmingham, and includes a large share of the majority African-American western part of the state.

There was a dearth of recent polling for Alabama’s primary, but according to FiveThirtyEight’s election forecast, former Vice President Joe Biden was the favourite, with a roughly 5 in 6 chance of winning the state. That was much higher than Sen. Bernie Sanders’ 1 in 12 projected chance of winning the most votes.