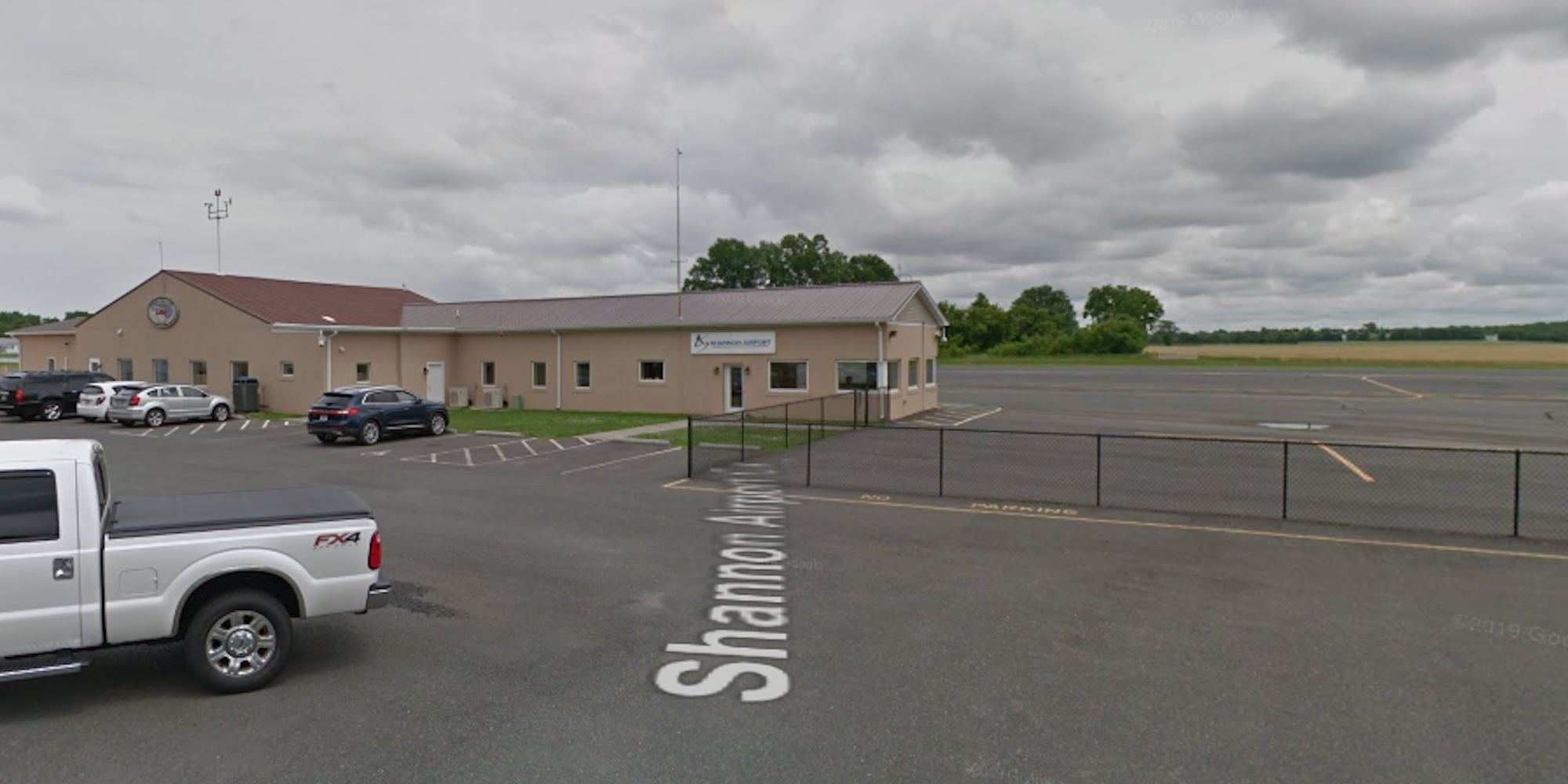 Google Street ViewShannon Airport in Fredericksburg, Virginia is pictured above.

An airport worker was arrested this week, after federal prosecutors accused him of taking a plane for a joyride back in 2018, despite the fact he didn’t have a pilot’s licence.

According to the affidavit filed on February 4, Ryan Guy Parker “knowingly and wilfully” took off in an aircraft at Shannon Airport in Fredericksburg, Virginia on September 27, 2018.

Several witnesses who were at the airport said Parker flew in poor conditions and came with 50 feet of fuel tanks, which would have been like a “bomb going off at the airport” if he had struck them,

One witness said that the aircraft Parker was flying, a Teratorn Tierra II, was “a bucket of bolts” that was unsafe.

After flying around for about 10 to 15 minutes, Parker “bounced the aeroplane on landing and spun out.”

One of the witnesses said they recognised Parker because he used to run an aeroplane washing business at the airport.

After landing, Parker told one of the witnesses that “he had been working on the aircraft when the throttle became stuck, causing him to go airborne,” according to the affidavit.

But speaking to witnesses later, he confessed to flying other planes before without a licence. The investigator also wrote in the affidavit that it’s believed Parker flew another aircraft at another airport in Fredericksburg just a couple of weeks before the September 27 incident. However, he’s only being prosecuted for this one instance.

Parker was arrested on Wednesday and charged with flying without a licence.