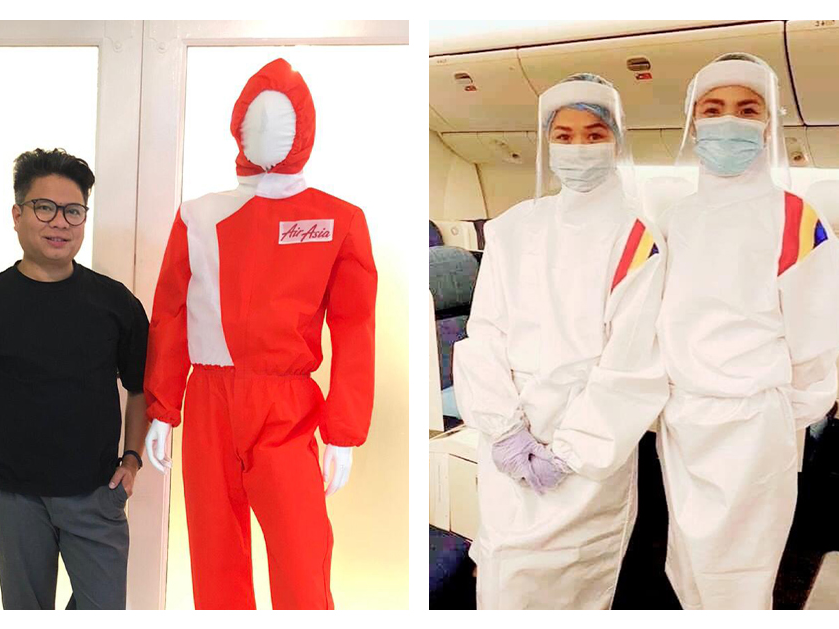 Some flight attendants are sporting a new type of uniform: one that protects them from the novel coronavirus while still maintaining the style and glamour associated with the profession.

Airlines frequently work with designers to outfit their employees both in the skies on the ground. The typical intention for the collaborations is style and practicality. In the age of the coronavirus, however, that focus is shifting towards safety.

While most airlines have been forced to largely shutter operations due to the spread of the novel coronavirus, planes are still flying. Among the reasons for the few remaining international flights is repatriation, where airlines have been tasked with bringing citizens back to their home countries.

The flights don’t come without risk, however, as social distancing is nearly impossible to achieve in the skies with aircraft in their current form and the demand for repatriation so high.

Concerned about potential safety issues arising from the flights, some airlines have once again turned to designers for a new look. 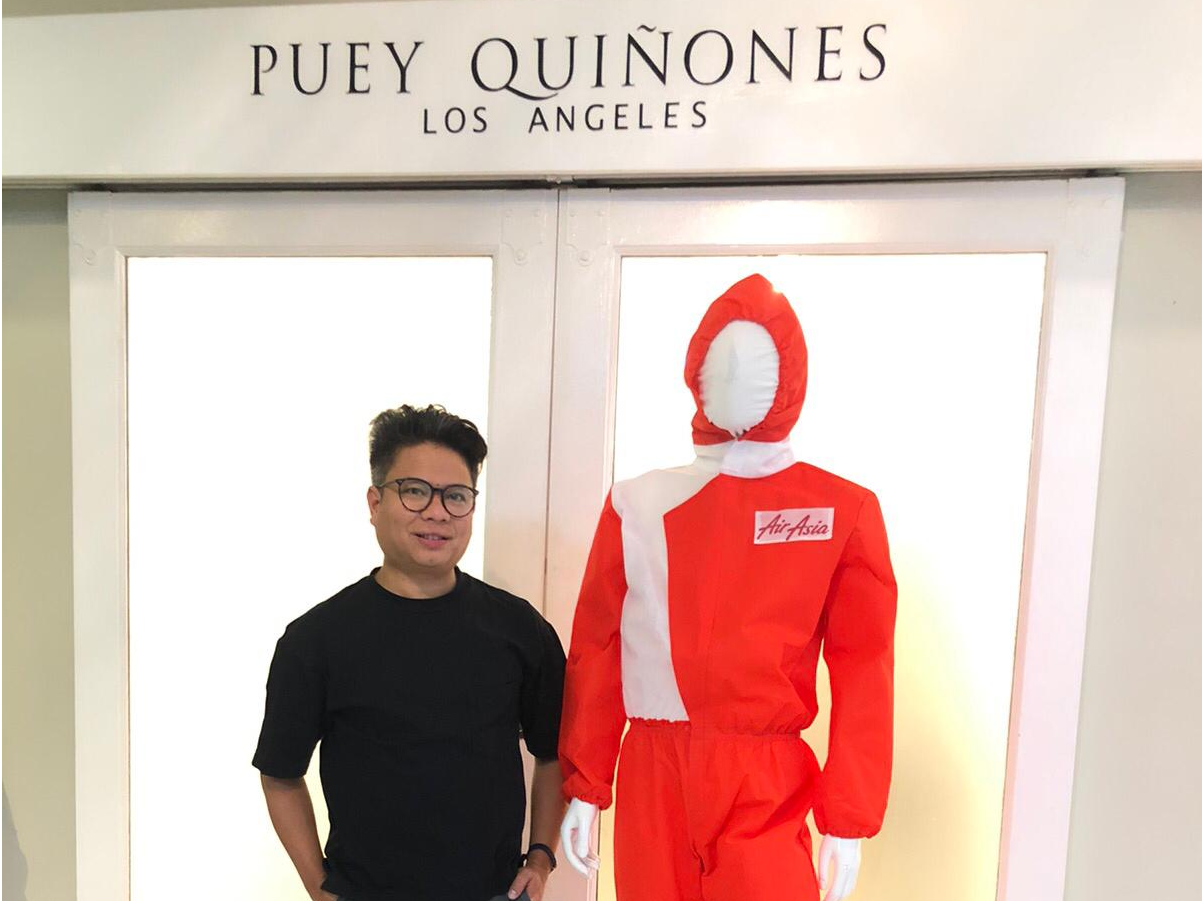 The stylish uniforms feature the AirAsia logo and colours, covering flight attendants from head to toe in protective gear. A plastic face shield and N95 respirator also go on over the face opening. 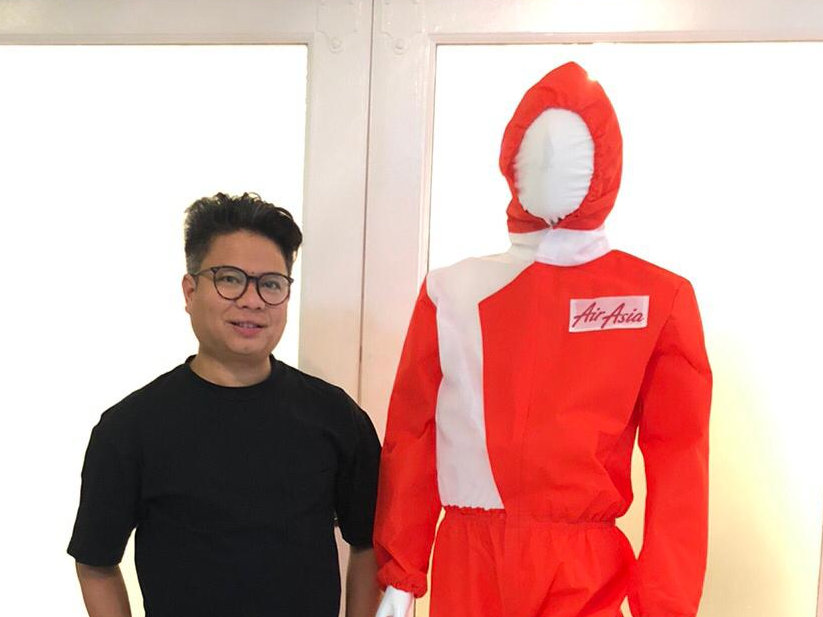 “When people/passengers see the Air Asia design, they will be reminded that yes they are safe, their health is taken care of and Air Asia cares for you all,” Quiñones said in a statement to Business Insider. “BUT WE ALSO NEED YOU (the passengers) to do your part.” 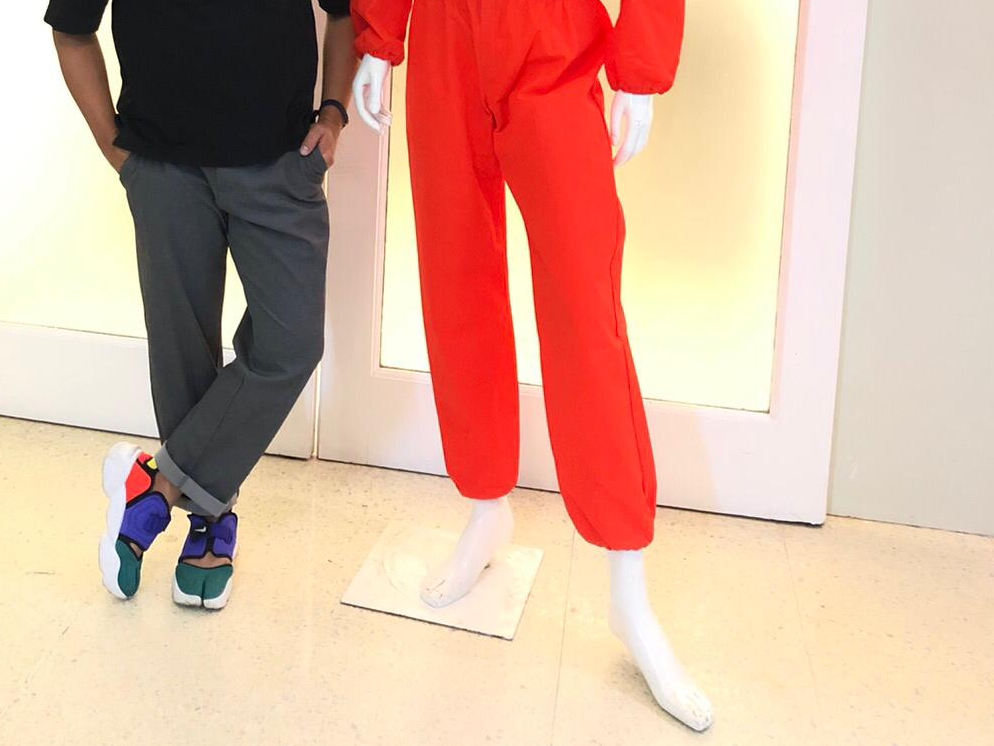 The uniforms are in stark contrast to the traditional AirAsia uniforms and will only be worn on rescue flights, according to CEO Tony Fernandes. In an Instagram post, AirAsia CEO Tony Fernandes wrote “Lots of comments on us bringing style to PPE. Please note this will be only be used for rescue flights and not our normal flights resuming tomorrow. A huge protocol on #flyingsafewithAA has been put into place. Welcome back to @airasia” AirAsia began flying again on April 29 starting with domestic routes in Malaysia. It will open up flights in other countries where it maintains subsidiaries over the course of May, as long as host governments do not extend travel restrictions. 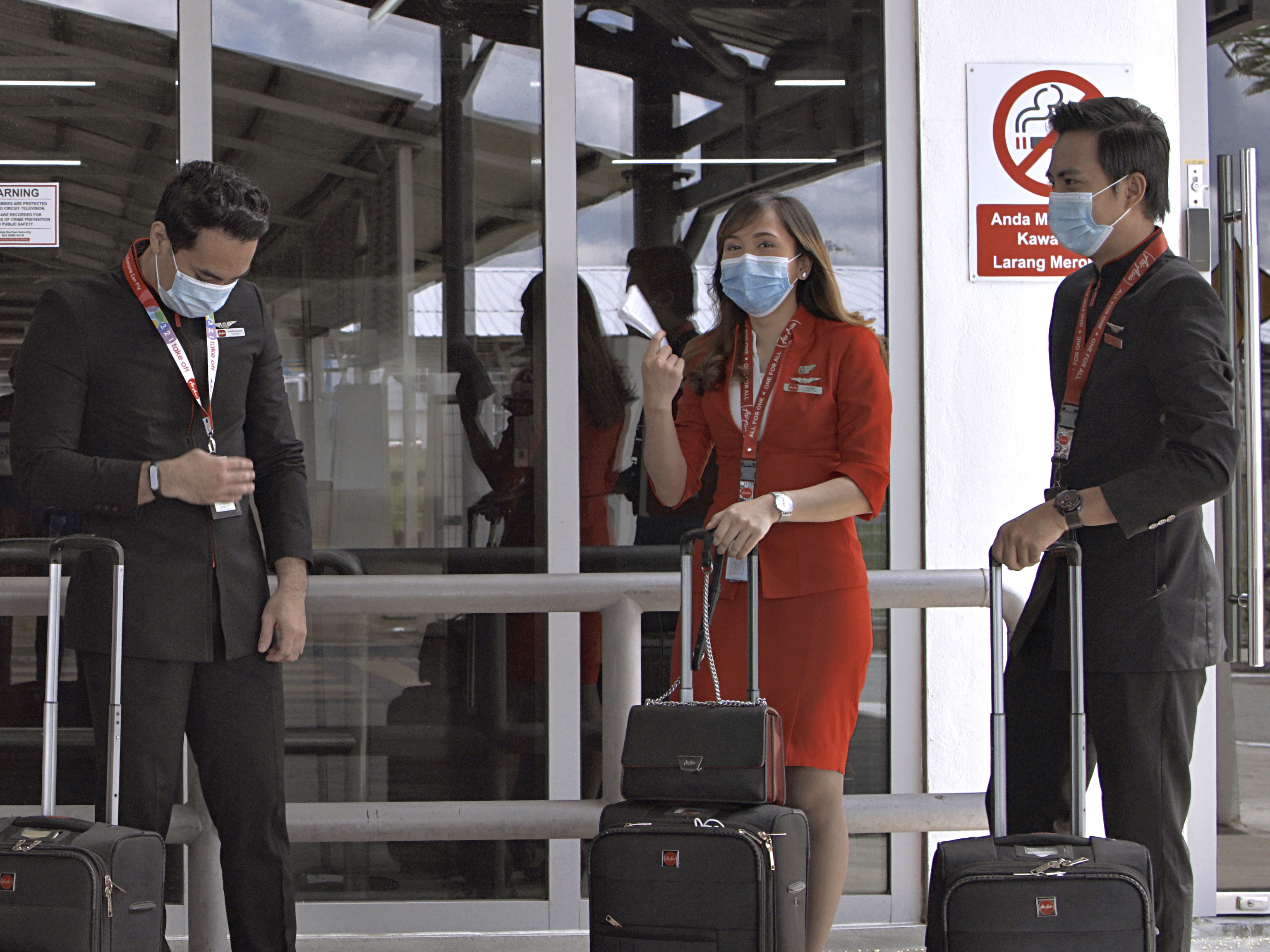 The airline is also requiring passengers to wear face masks and practice good hygiene as it returns from its hiatus. 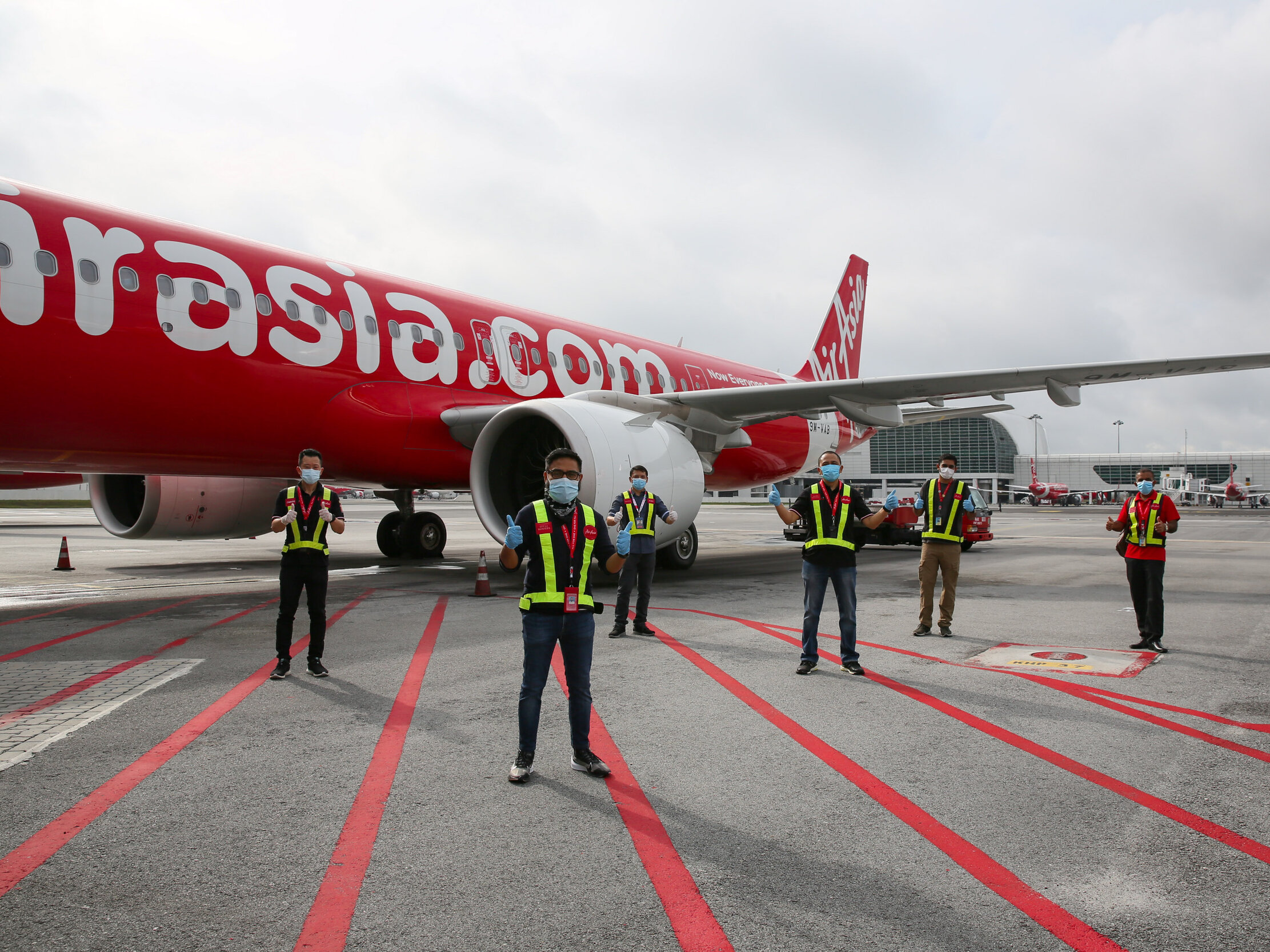 The carrier is flying the special flights to as far as New York and London from Manila during April and May, the former being the longest route in its network and also the eighth longest air route in the world. 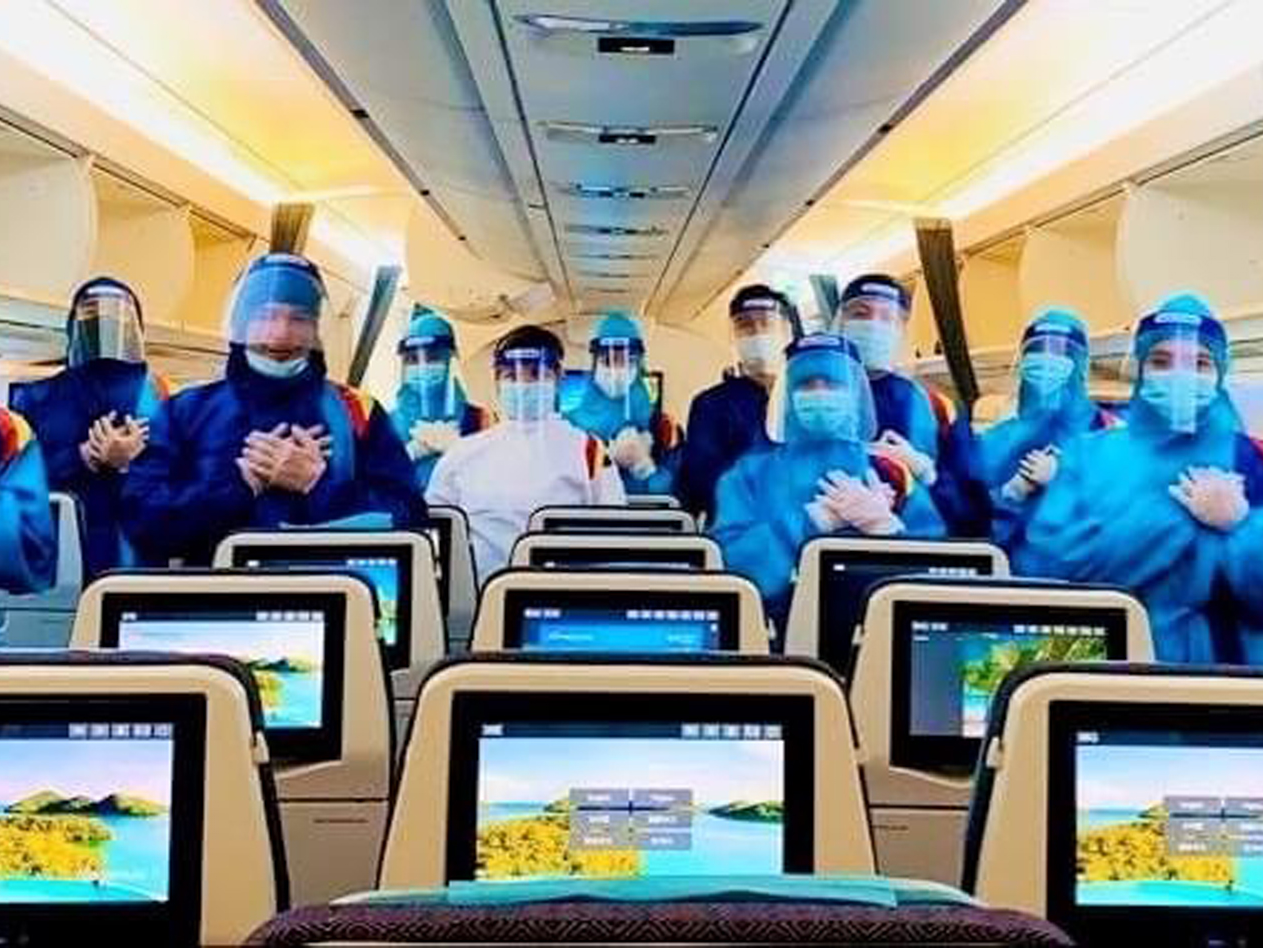 Read More: The 10 longest routes flown by airlines in 2019

Another Filipino designer, Edwin Tan, worked with the country’s flag carrier to create special uniforms specifically for the flights as the rest of the airline ceased flying due to government restrictions. 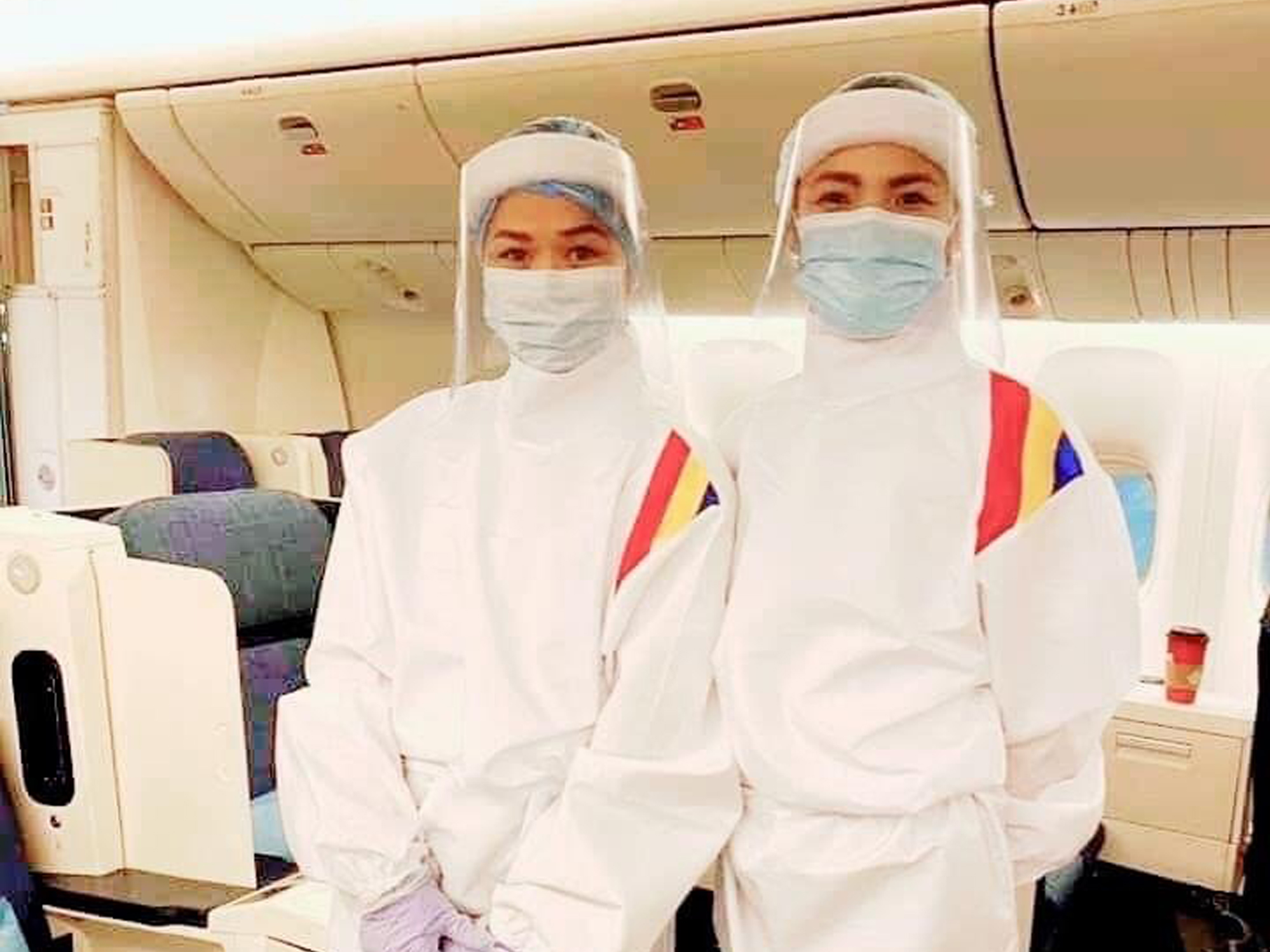 The uniforms incorporate the colour of the country’s flag, which is also the basis of Philippine Airlines’ tail design on its aircraft. 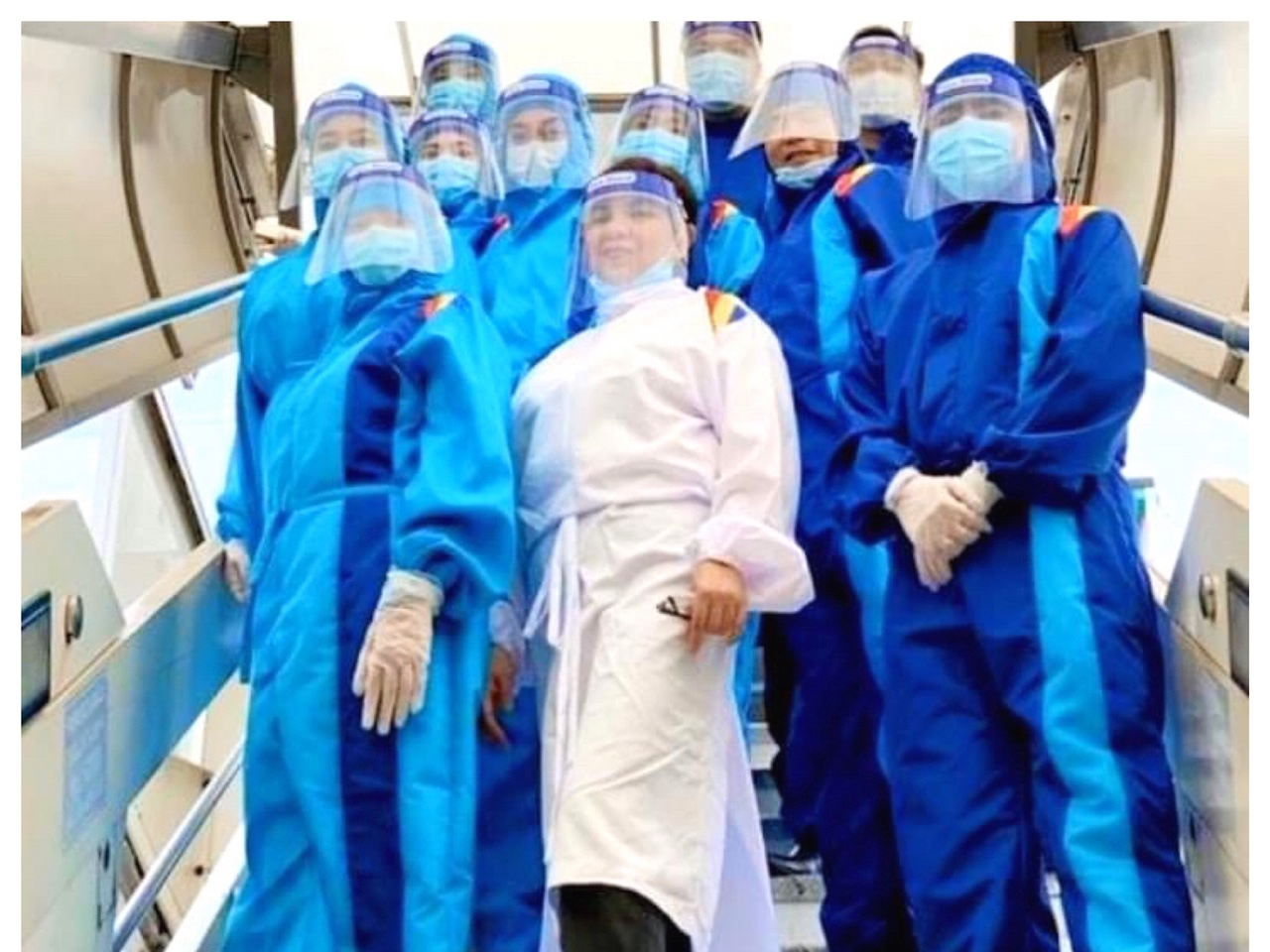 Here it is on the airline’s newest wide-body aircraft, the Airbus A350-900 XWB. It’s unclear whether or not the airline will keep the uniform when it resumes full operations in mid-May. 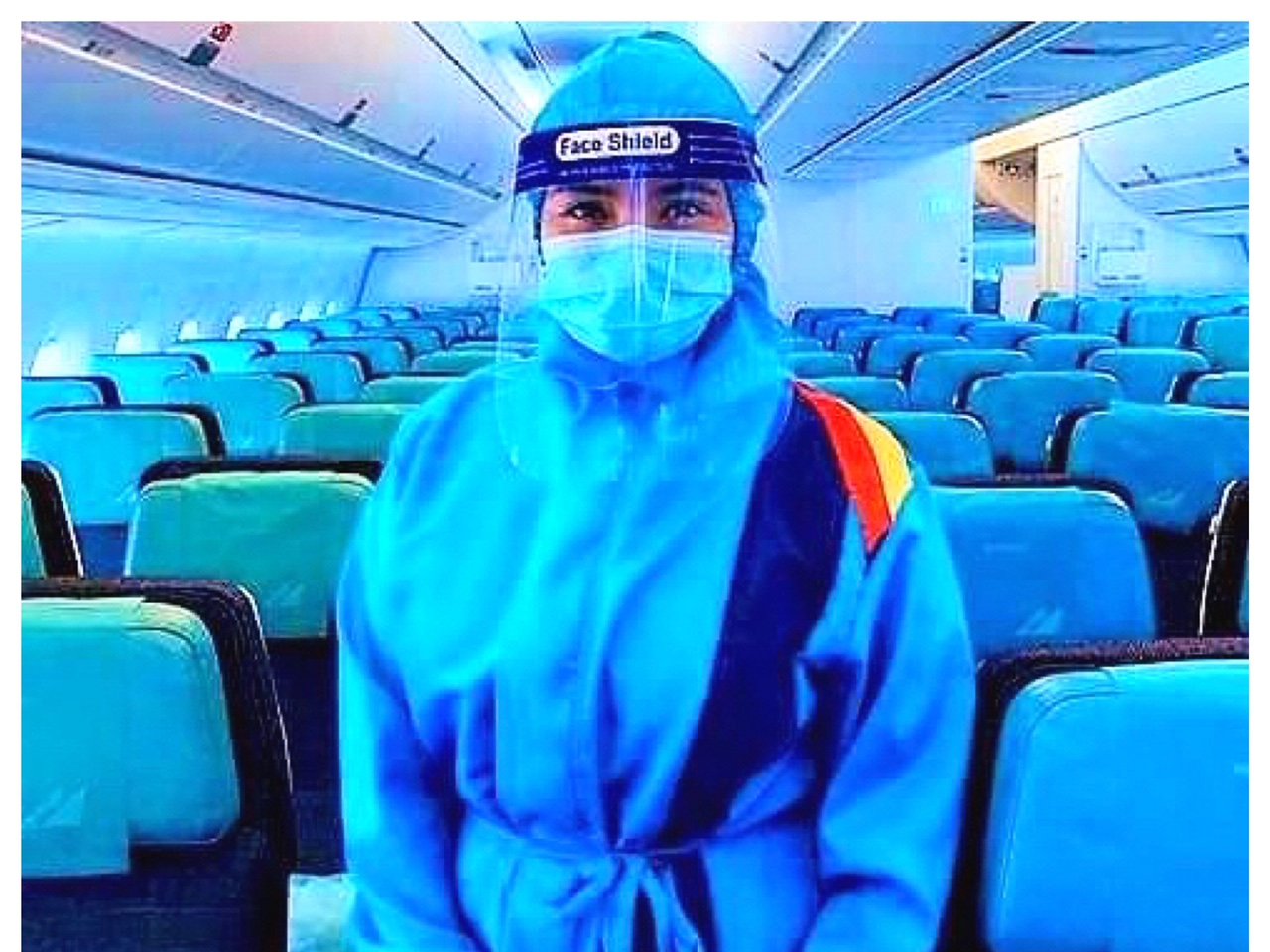 Though they haven’t turned to professional designers to do so, other airlines have latched on to the personal protective equipment uniform trend. Here are Thai Airways flight attendants operating a repatriation flight covered from head to toe in the protective gear over their uniforms. 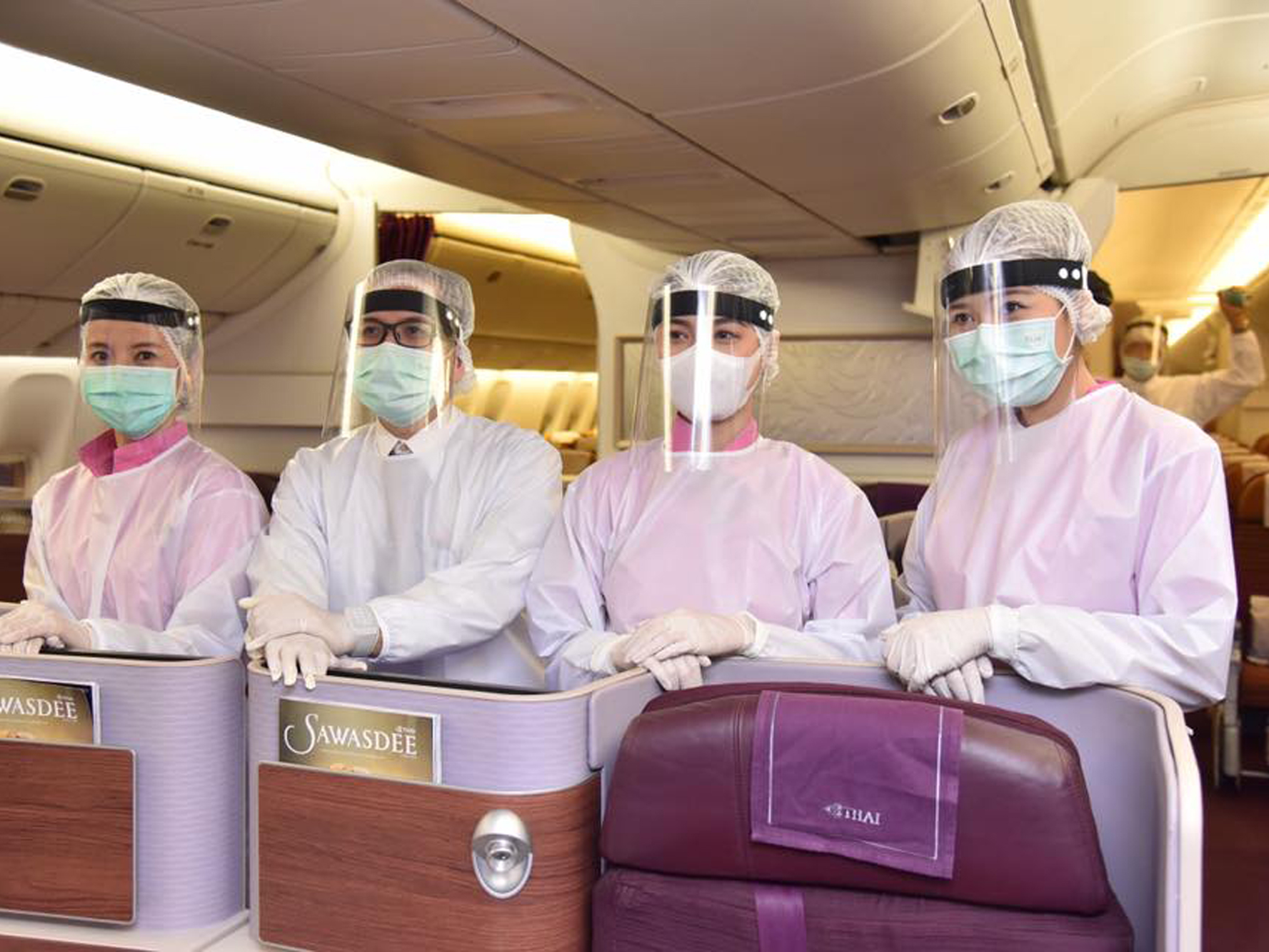 Thai fully suspended operations until June 30 but has been flying repatriation flights to rescue citizens of the flag carrier’s home country. 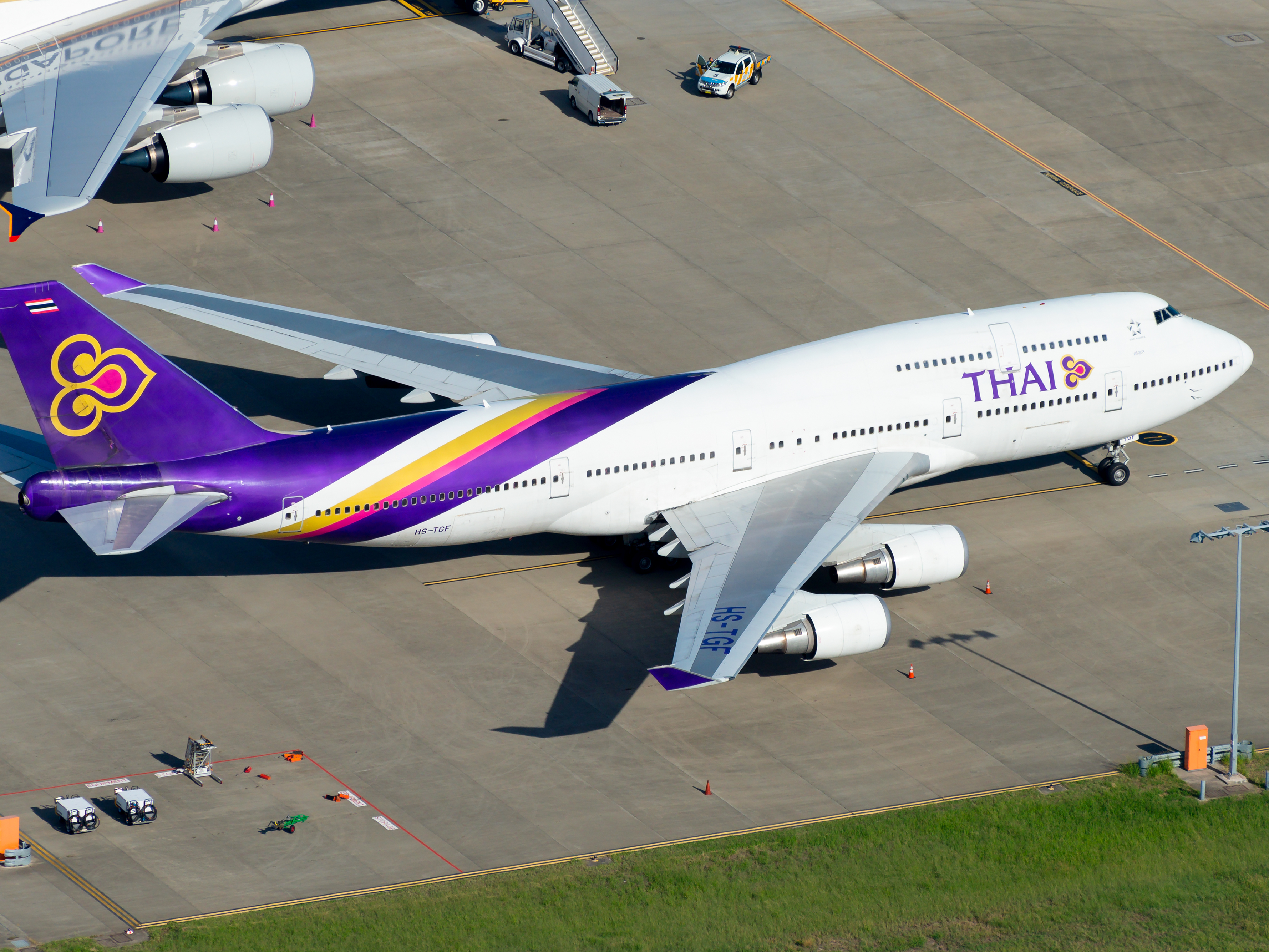 Emirates is doing the same for its flight attendants, offering disposable protective gear to be worn over existing uniforms. The Middle Eastern airline is also requiring all customers and its airport staff to wear personal protective equipment. 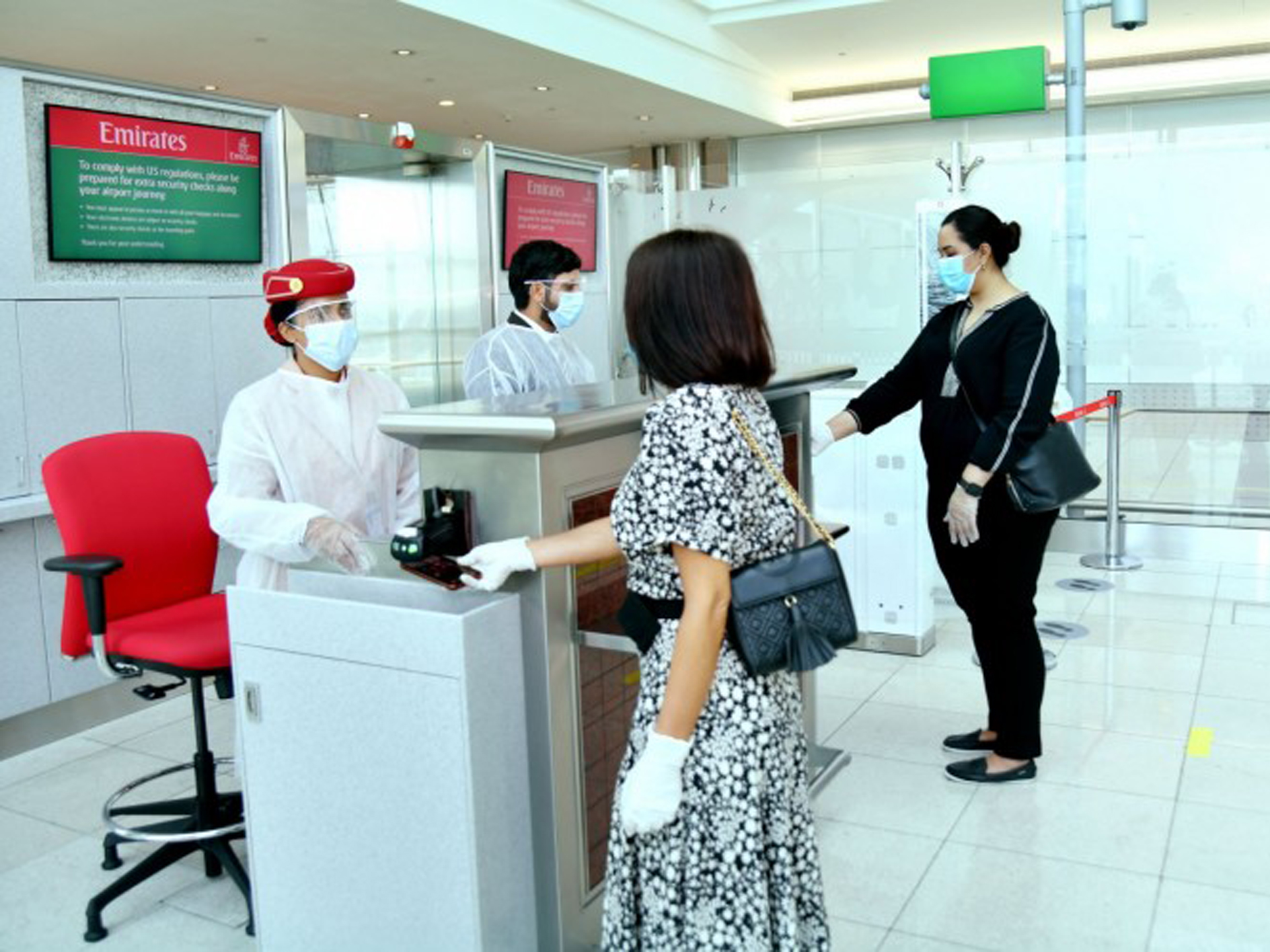 Its home airport of Dubai International Airport is also requiring the use of personal protective equipment for anyone coming through its doors. Emirates plans to operate flights to Frankfurt, London, Manila, Sao Paulo, and Shanghai to allow for repatriations in May. 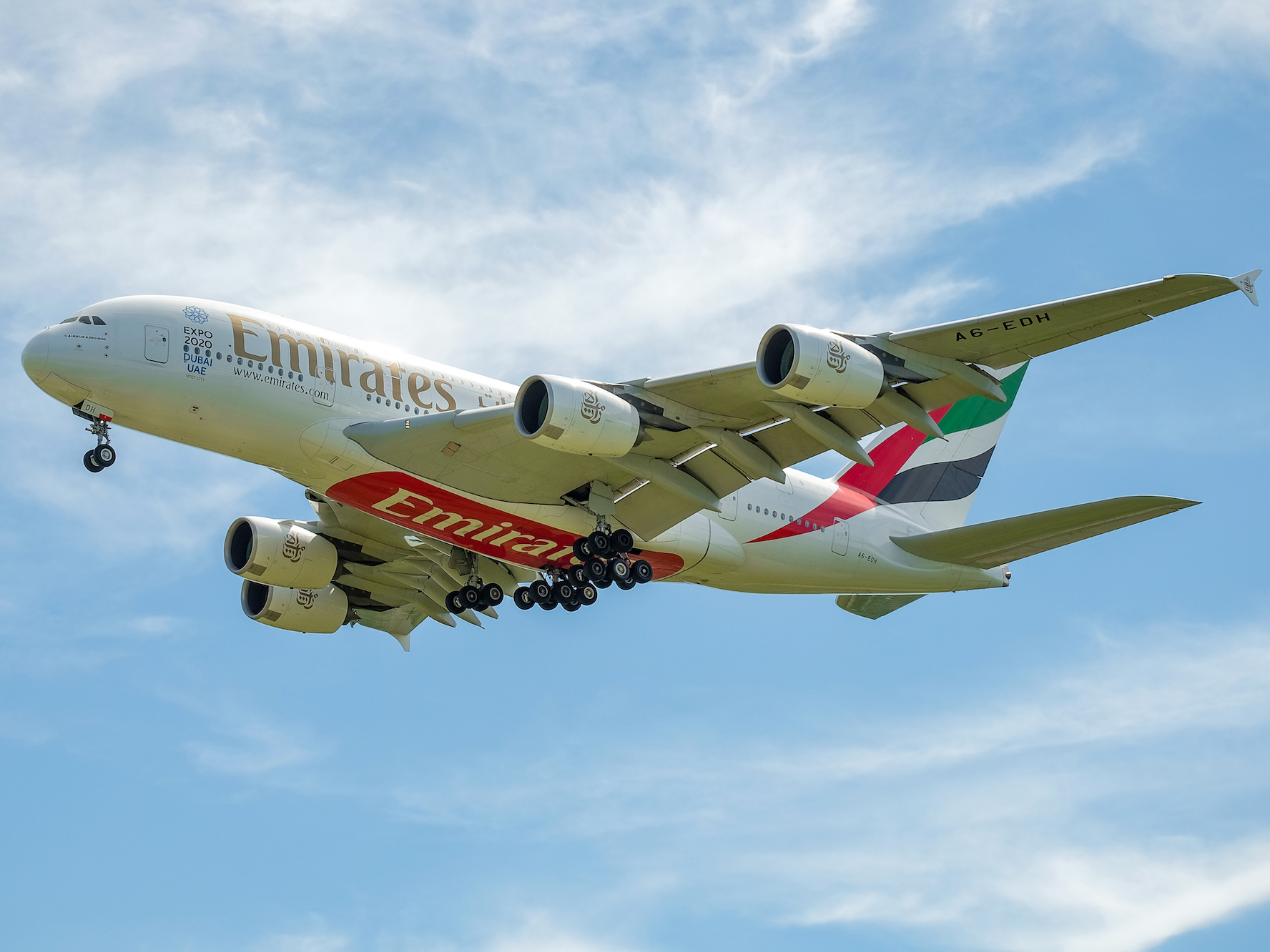