The past 2 decades saw the number of major airlines in the US cut in half. See how consolidation in the 2000s left customers with fewer options as profits soared. As the coronavirus pandemic continues to plague the global aviation industry, the big three US airlines have all been asking the government for assistance in surviving the downturn, despite each earning billions in profit in previous years.

American Airlines, United Airlines, and Delta Air Lines make up the big three as the largest airlines in the country, with 2018 full-year pretax profits of $US2.8 billion, $US2.7 billion, and $US5.1 billion, respectively.

Just 20 years ago, the profits weren’t as large and the aviation landscape in the US was vastly different, with more names being seen at the nation’s airport back then as opposed to today.

The first high-profile airline merger occurred between American Airlines and Trans World Airlines shortly after the turn of the century, kicking off what would be a trend in American aviation as consolidation would take over a weakened industry rocked by the terror attacks of September 11, 2001, and the 2008 financial crisis.

In the 19 years since the two carriers merged, the US saw eight more mergers and acquisitions shaping the current industry and setting the stage for record profits as some airlines grew larger with each transaction.

The result from years of mergers and acquisitions became three dominant carriers in the US with smaller carriers operating in their shadows and in the gaps, leaving the American public with fewer options. 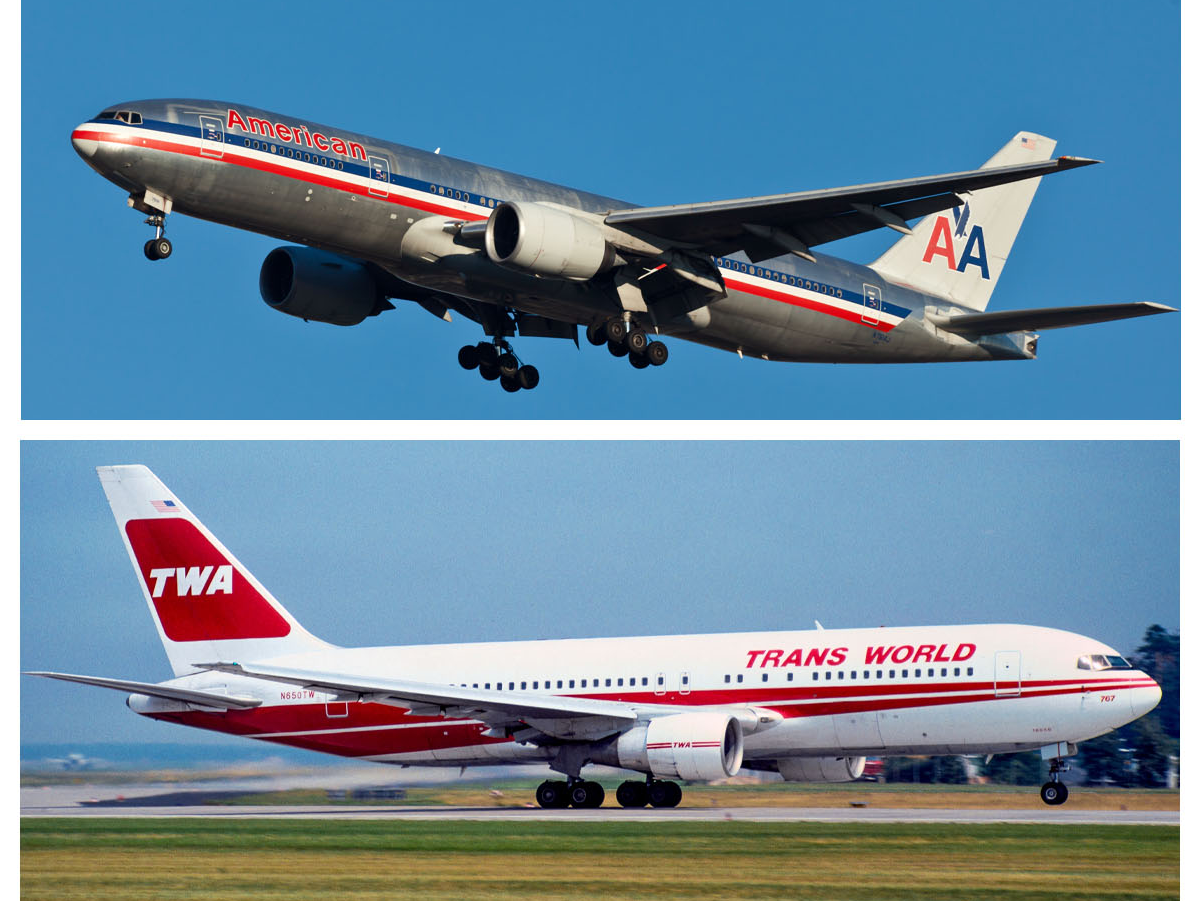 Just months before the September 11, 2001 terror attacks would shake the aviation industry to its core, American Airlines had acquired Trans World Airlines, one of the oldest names in American Aviation. TWA had endured years of poor management, labour disputes, and bankruptcy filings, according to CNN.

American Airlines had already acquired TWA’s London routes,The New York Times reported, using them to set up shop on what would be its flagship routes in the years to come, but now American had taken out a competitor and acquired most of its planes, gates, hubs, and slots across the US.

The deal was valued at around $US500 million at the time.

2005: America West Airlines and US Airways 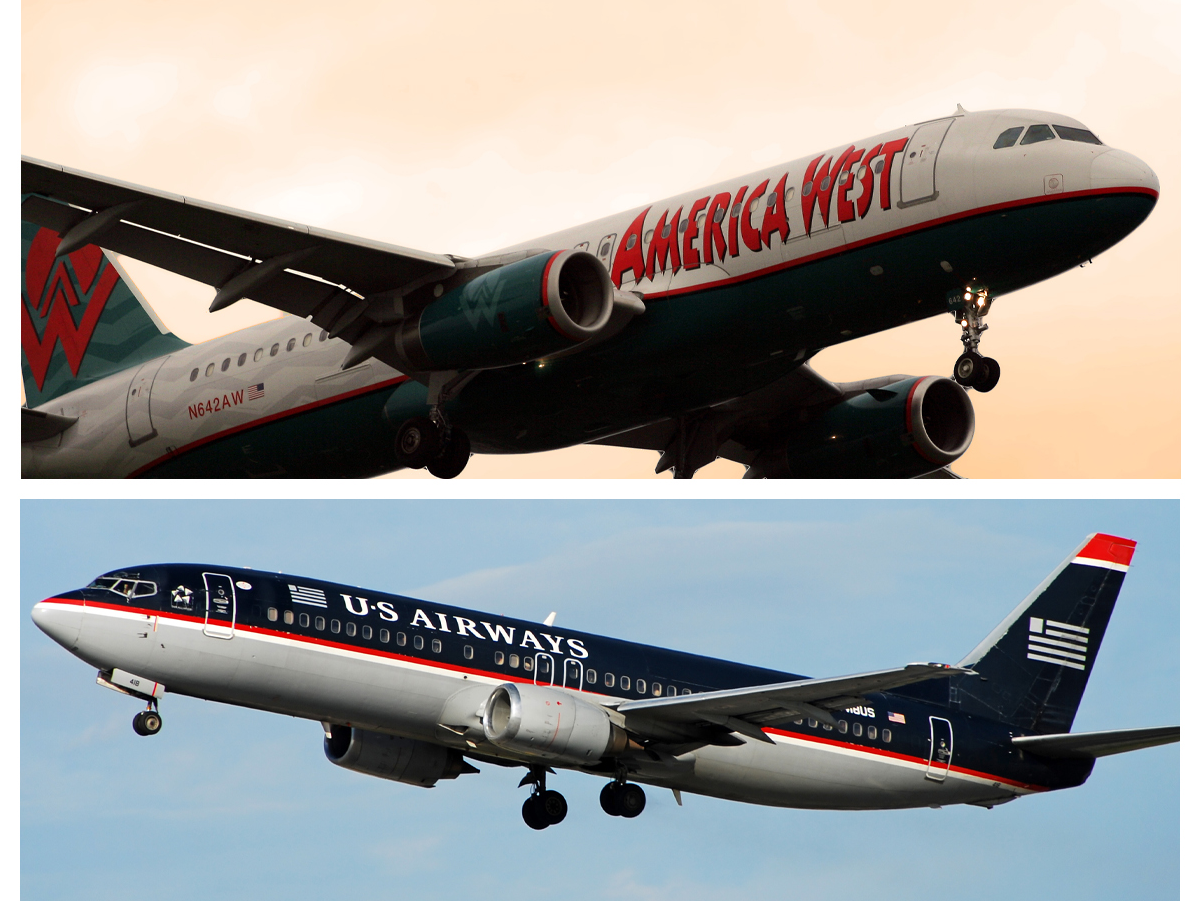 Robert Sarosiek and Ivan Cholakov/Shutterstock.comAn America West plane and a US Airways plane.

In what was then the ultimate East Coast-meets-West Coast merger, 2005 saw America West Airlines and US Airways merge in a $US1.5 billion deal to create a nationwide airline under the US Airways name.

US Airways had, at the time, filed for bankruptcy for the second time of the century and was ripe for acquisition, especially as previous mergers with United Airlines had failed due to antitrust concerns, The New York Times reported in 2005.

The two airlines, one based in Tempe, Arizona, and the other in Crystal City, Virginia, were among the top ten largest airlines in the country at the time of the merger, according to the Times. The combined network would give the East Coast-based US Airways a hub in the west that it never had, with Arizona positioned squarely in the American Southwest – and a quick hop to most major cities on the West Coast without the congestion of Los Angeles or San Francisco. 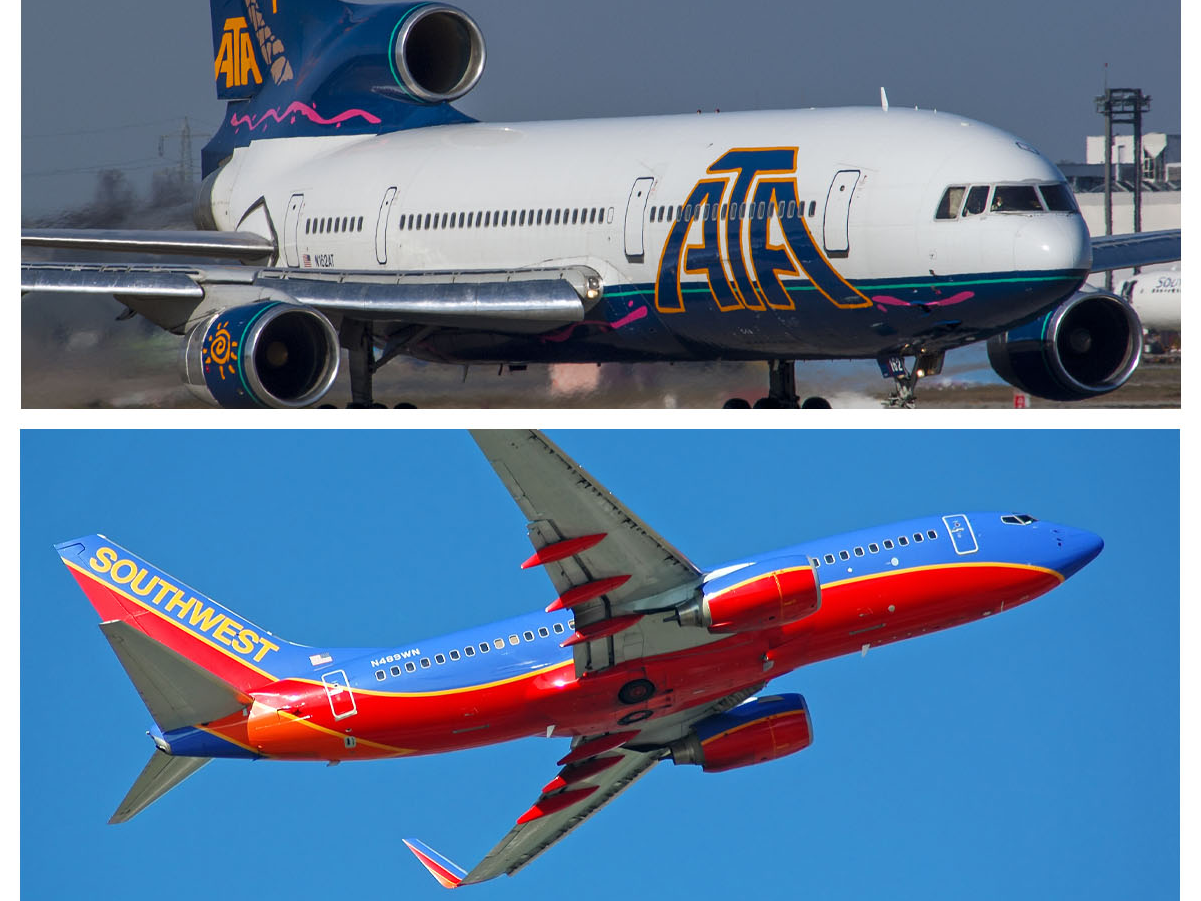 As the 2008 financial crisis loomed, Indianapolis-based ATA Airlines abruptly ceased operations and filed for bankruptcy protection in April that year. The loss of an important military charter contract helped bring about its ultimate demise, the Chicago Tribune reported at the time.

Once the dust settled, Southwest Airlines announced a $US7.5 million bid to acquire the airline’s slots at LaGuardia Airport that enabled Southwest to get a foothold in New York City beyond Long Island’s MacArthur Airport.

The two airlines were close before ATA’s closure, according to Southwest’s records, with the two having a codeshare agreement that allowed Southwest to have an international network through the airline.

ATA was Southwest’s long-haul arm as the Dallas-based low-cost airline didn’t start international operations itself until 2014, mostly serving Central America and Caribbean destinations with its fleet of medium-haul Boeing 737s. 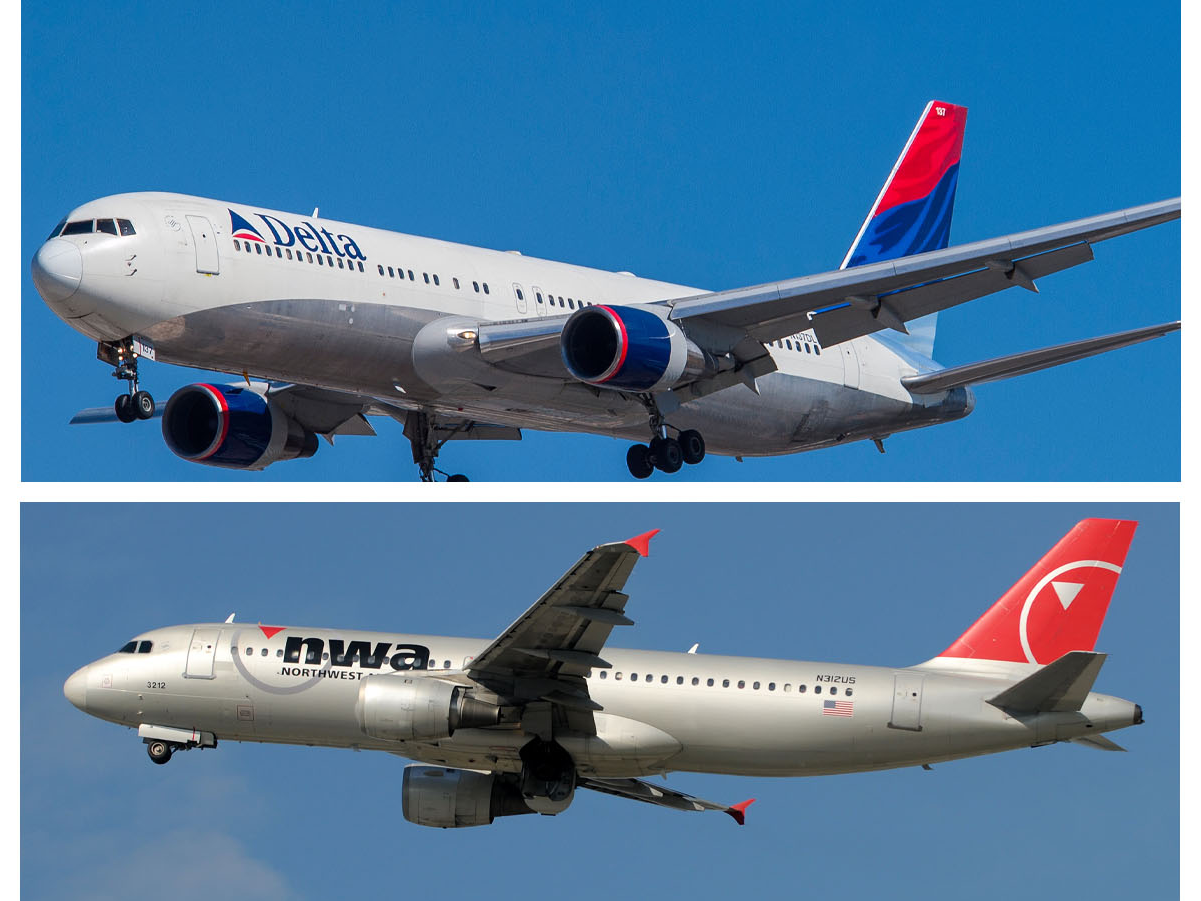 Shortly after the two emerged from bankruptcy in 2007, a $US3.1 billion merger was announced between Northwest Airlines and Delta Air Lines to form the world’s largest airline at the time,The New York Times reported. The newly-merged airline would see Delta prevail as the dominant carrier with CEO Richard Anderson taking charge of Delta during and after its merger.

Delta Air Lines would acquire a sizeable European and Asian route network thanks to Northwest Airlines’ foreign hubs in Amsterdam and Japan. Delta maintains extensive operations in both cities today, though it is no longer the world’s largest airline. 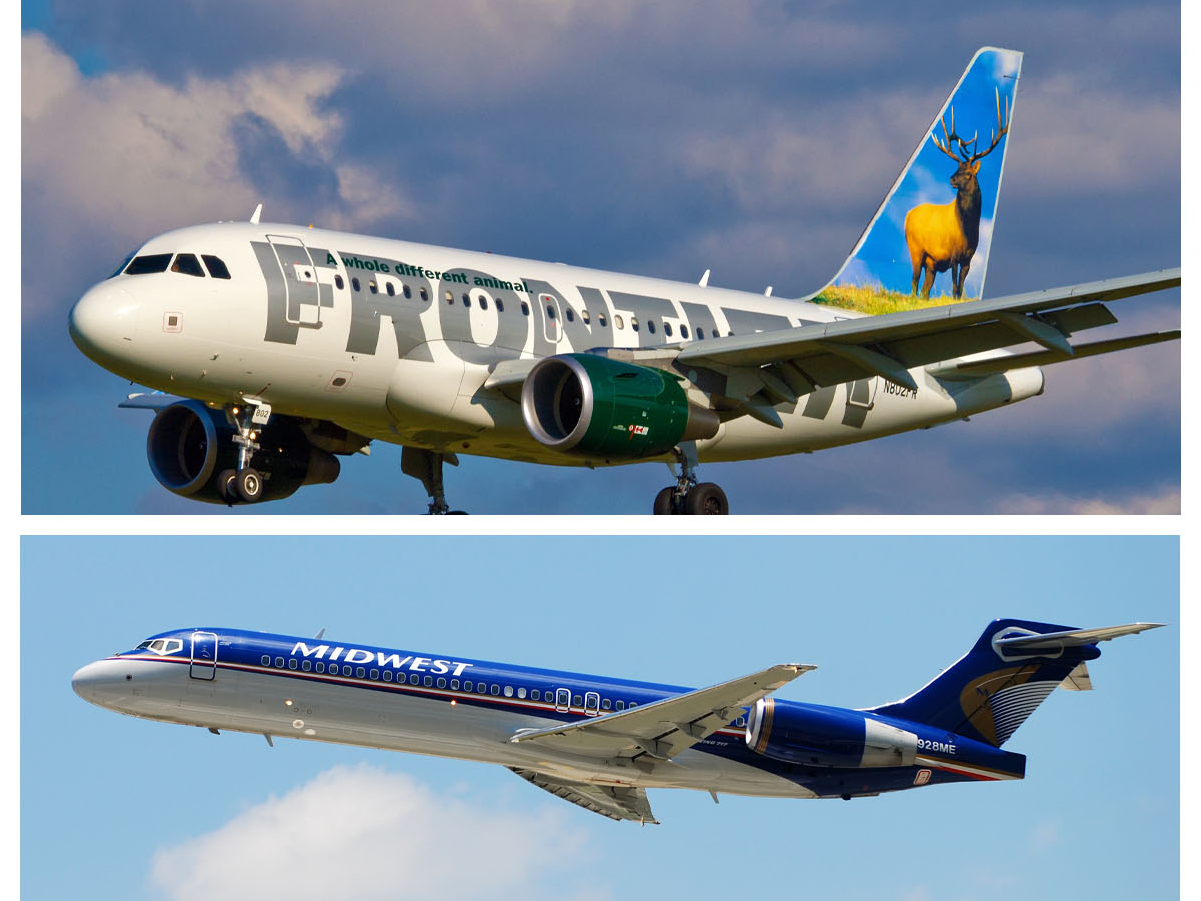 After both carriers were acquired by Republic Airways, regional carriers Frontier Airlines and Midwest Airlines were merged to form a single airline, CNN reported. The Midwest Airlines brand would be shuttered and the new airline would take the Frontier name, with bases in Denver and Milwaukee.

In 2013, four years after the merger, Frontier Airlines was later sold by Republic Airways to the airline investment firm Indigo Partners. Its new owners would convert the airline into an ultra-low-cost carrier – one of the largest in the US. The Milwaukee hub would be downsized with a focus on a Denver hub and secondary bases across the country. 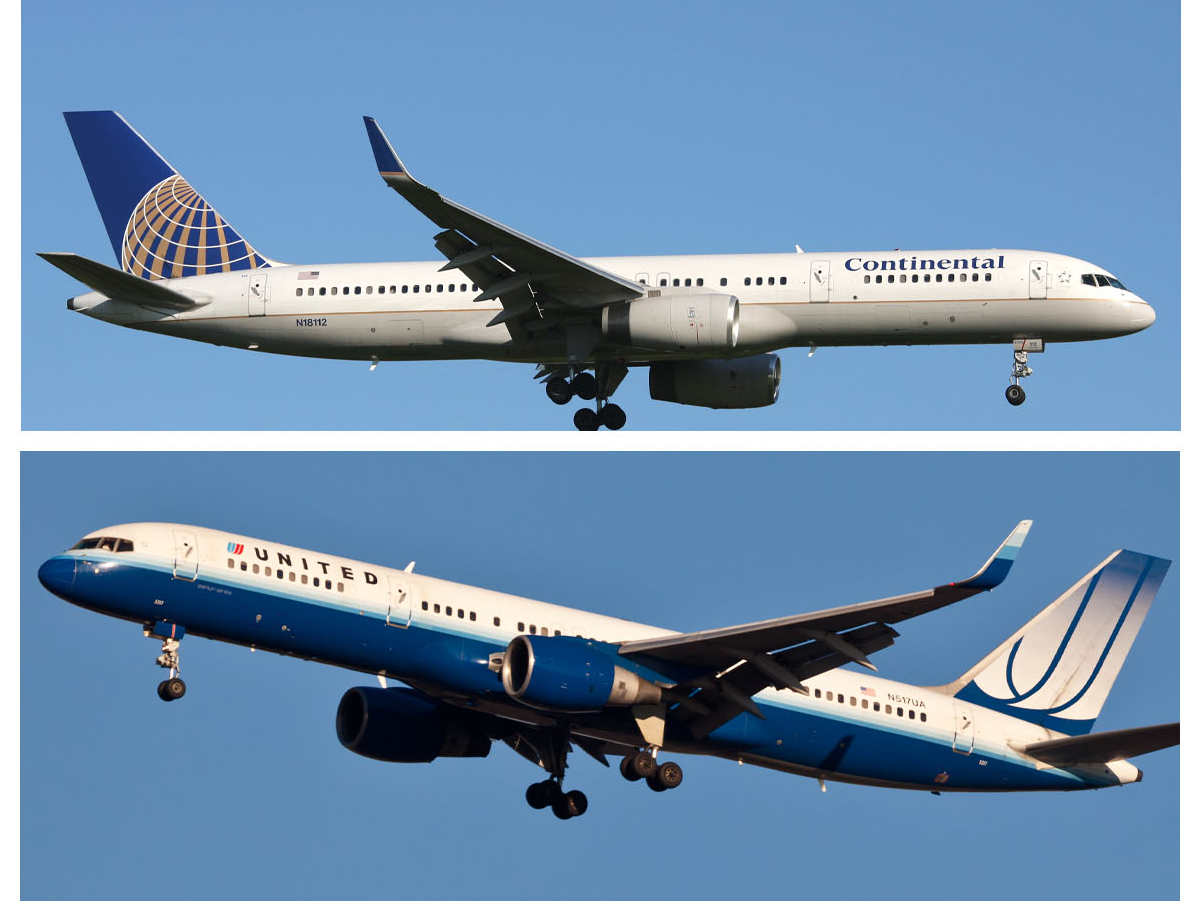 Four years after emerging from bankruptcy, United Airlines announced a $US3 billion merger with Continental Airlines in 2010, according to The New York Times. United Airlines had been hungry for expansion, expressing interest in a merger with US Airways at the beginning of the century shortly before the carrier declared bankruptcy.

The merger with the Houston-based Continental Airlines had made the newly-combined United Airlines the world’s largest airline at the time, ousting Delta from the top spot.

The newly merged partners combined the United name with the Continental logo, livery, and branding-style. United acquired Continental’s East Coast European gateway in Newark, the Latin American gateway in Houston, and the Micronesian gateway in Guam. 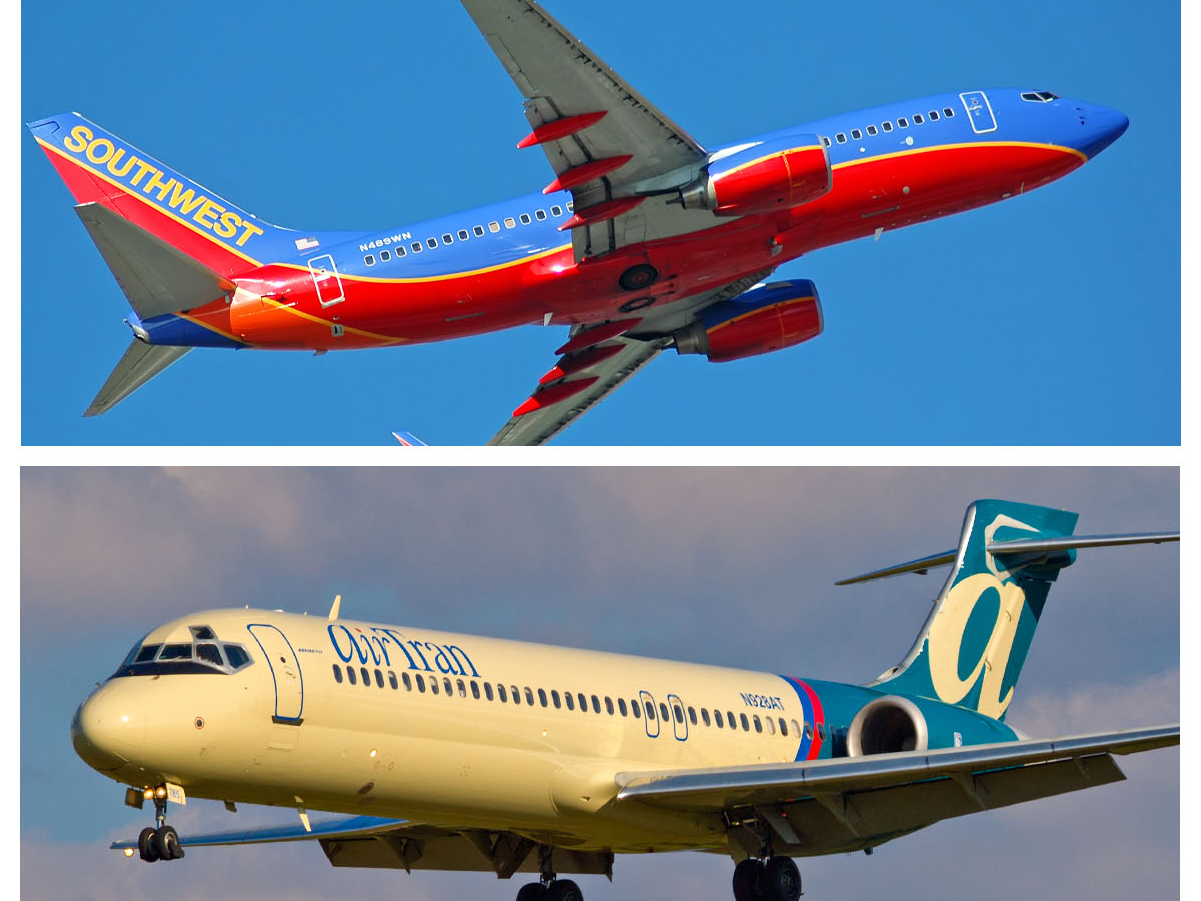 The deal gave Southwest valuable Air Tran assets including gates at Atlanta Hartsfield Jackson Airport and Boeing 717 planes, the latter of which were sold to Delta Air Lines.

The acquisition expanded Southwest’s route network and paved the way for international expansion in 2014. Southwest is now the fourth-largest airline in the US and the largest without any intercontinental service.

2013: American Airlines and US Airways 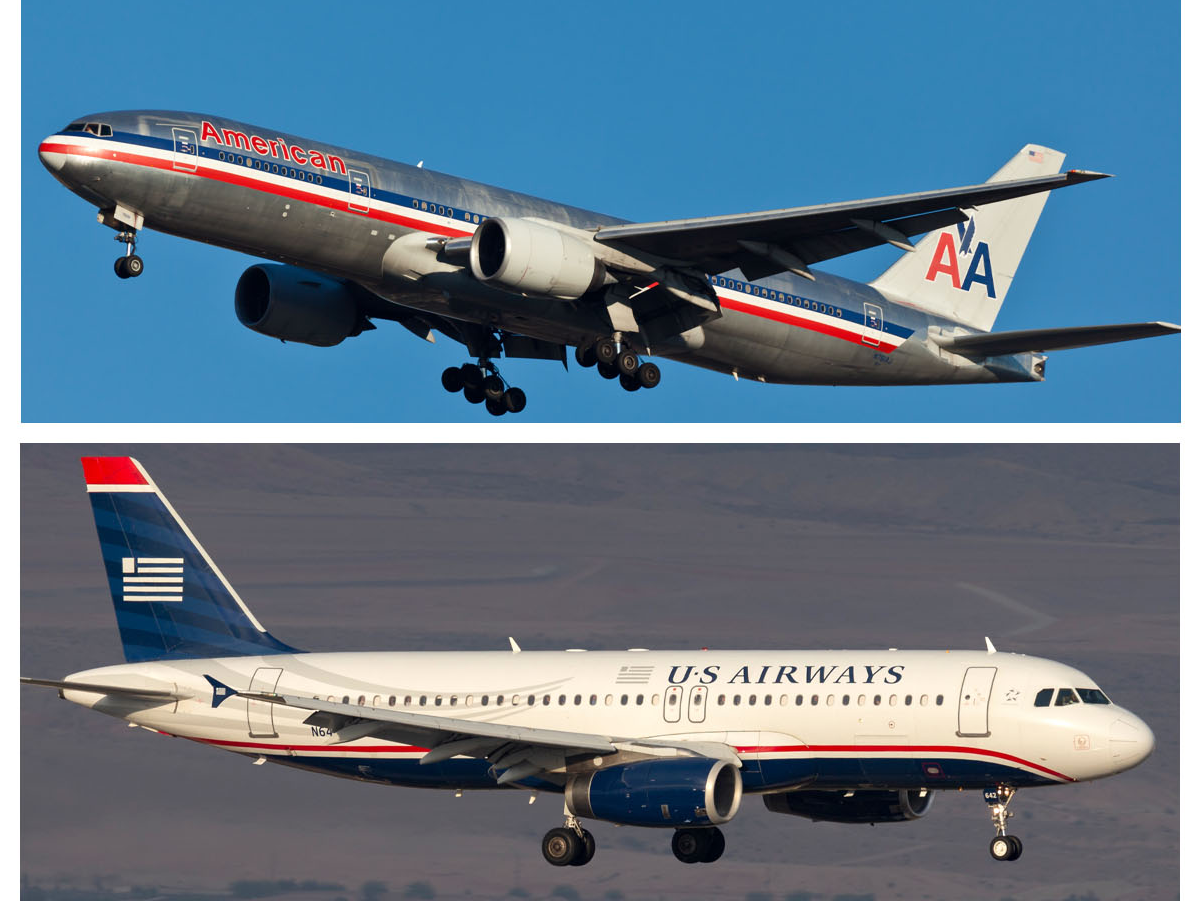 Falling short to United and Delta, the two largest airlines in the world at the time, and two years into bankruptcy, American Airlines announced it would be merging with US Airways in 2013.

The smaller US Airways would acquire American Airlines, though the latter’s name would be maintained due to better brand equity at home and abroad.

The new American Airlines, which had emerged from bankruptcy as a result of the merger, became and remains the largest airline in the world in terms of fleet size. True to its name, American would greatly expand its network in two key cities, Washington and Philadelphia, with the latter becoming American’s East Coast launching pad and connecting point for flights to Europe. 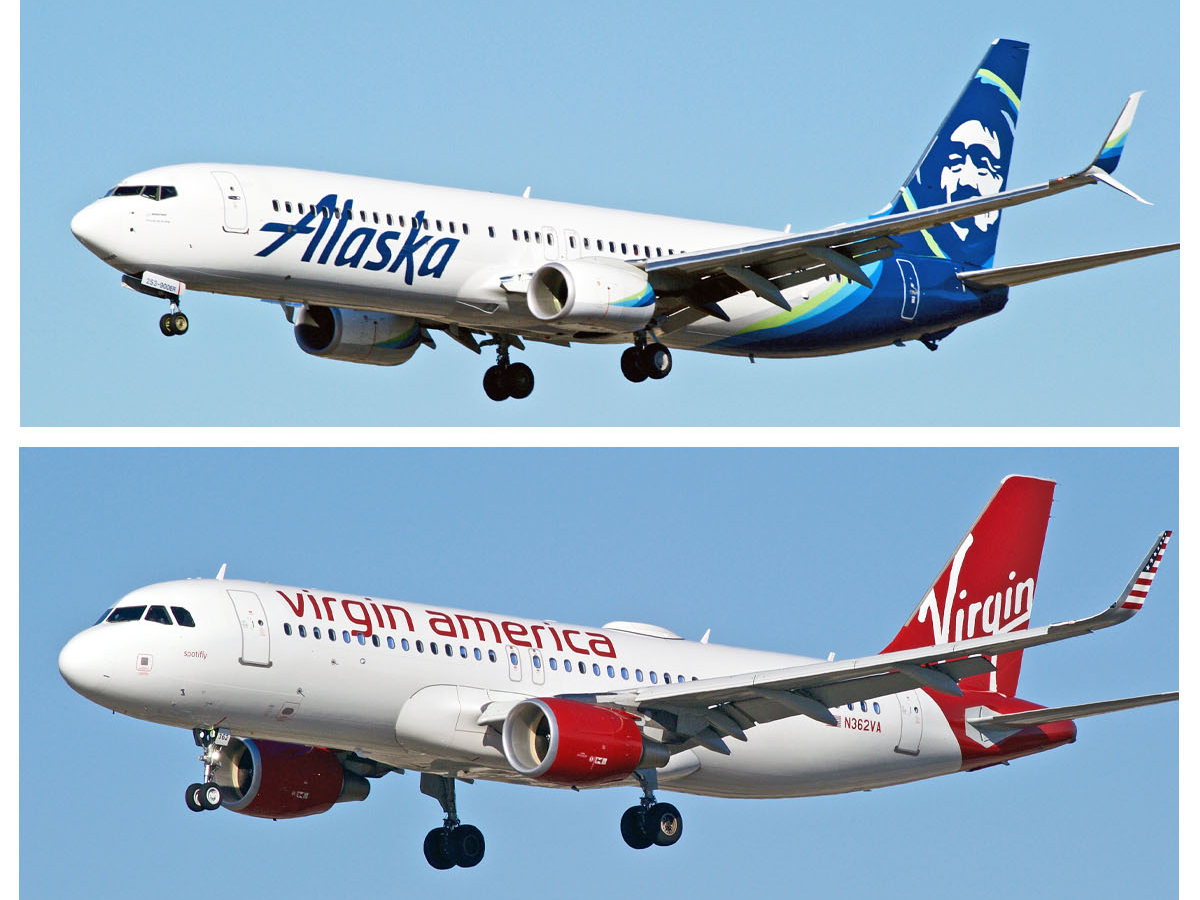 Virgin America launched flights in 2007 and just 11 years later the airline had disappeared from the skies. Another eccentric airline operating under the Virgin Group brand, Virgin America had bases in California with a focus on West Coast and transcontinental routes, making it ripe for a takeover as it matured and gained market share on popular routes.

Before it could be known nationwide, Alaska Airlines and JetBlue Airways approached Virgin America with purchase offers. Though JetBlue seemed like the most compatible in terms of fleet and the opportunity for a more sizeable West Coast route network, Alaska Airlines ultimately bought Virgin.

Integrating Virgin’s all-Airbus fleet and Alaska’s all-Boeing fleet under the Alaska Airlines name, the merger established Alaska as the West Coast’s dominant carrier with bases from Seattle to San Diego.