A move by the country’s largest superannuation fund, Australian Super, to dump the fund run by high-profile stock-picker John Sevior underscores the challenges facing professional money managers on many fronts.

Fund managers are fending off low-cost index-tracking funds, which are gobbling up market share and crunching margins at the same time.

In addition, active managers like Mr Sevior’s Airlie Funds Management must deal with other challenges created by the rapid growth in Australia’s $2.5 trillion superannuation pool.

To be sure, the rise of the super system has been lucrative for fund managers, who can make millions from being good stock-pickers.

But the sheer scale of the superannuation pie – and how much of it is chewed up by fees – is now prompting behemoths such as Australian Super to cut out the middle man and do more of their own investment management in-house, for a fraction of the cost.

Australian Super terminated a $1.8 billion mandate with Airlie, it was reported earlier this week, after Hamish Douglass’ Magellan Financial Group announced it would buy Airlie earlier this month.
The sheer scale of the superannuation pie is now prompting behemoths to cut out the middle man.

The move has grabbed attenion as Mr Sevior, previously a star stock-picker at Perpetual, after starting in journalism, is one of the best regarded funds managers in Australia.

The reasons for the decision include the super fund’s push to manage more of its money in-house as it grows larger, and the performance of Airlie, which charges a premium compared with other fund managers.

Australian Super, which has $130 billion in assets under management, has made made no secret of the fact it wants to do more investment management in-house.

Its costs from carrying out funds management in-house are between one third and one quarter of paying for an external manager.

Across its $40 billion in Australian shares, a touch more than 30 per cent is managed internally, and it wants to drive this proportion higher, which is bound to mean more external managers are dumped.

Indeed, the rapid growth of funds such as Australian Super, which could well be holding $200 billion in assets within five years on its current growth trajectory, may make life harder still for boutique fund managers.

When a fund is that enormous, there are greater economies of scale from managing money in-house.

It is also harder for a $1.8 billion mandate with an external manager to move the dial on the super fund’s overall returns.

A broader issue for super funds is that as the super system swells in size, some funds may want to limit how much exposure they have to Australia’s relatively concentrated stockmarket. For instance, about a quarter of the ASX 200 is made up by Commonwealth Bank, Westpac, National Australia Bank and ANZ Bank – which all have similar business models.

This is potentially a bigger issue in Australian than other markets, such as United States, where the stockmarket represents a wider range of industries. In response, some super funds such as Australian Super and others are looking to boost their members’ exposure to overseas equities. 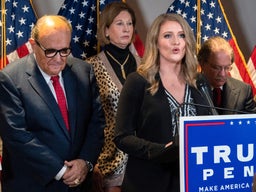 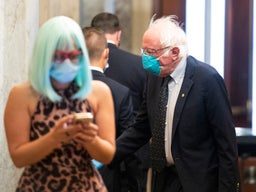