Airbus proved that autonomous flight for passenger airliners is possible earlier this year with its self-flying A350-1000 XWB that performed successful taxi, take-off, and landing tests entirely on its own without pilot input.

Performing over 500 flights as part of the Autonomous Taxi, Take-off, and Landing project, the aircraft was successfully able to distinguish airport runways and taxiways, skillfully piloting itself through each phase of flight and taking the idea of autopilot to the next level.

Each flight was performed at Airbus’ headquarters and main production facility in Toulouse, France, where the aircraft performing the tests was also assembled. But the software powering the flights had been driven by data from researchers and engineers 5,000 miles away in the San Francisco Bay Area.

Airbus’ Silicon Valley incubator, Acubed, is home to Project Wayfinder, which aims to create autonomous solutions for the future of flight, whether it be manned and unmanned. Its findings may have implications in the development of new commercial aircraft but could also shape the creation of autonomous air taxi and eVTOL flights.

Following the success of the autonomous A350 trials, Project Wayfinder just acquired its own flying testbed as part of Airbus’ quest to build a robust dataset that will enable autonomous with uses in urban air taxis and commercial aircraft.

Here’s a look inside Project Wayfinder and its newest flying research aircraft.

Self-flying planes were once believed to be the hallmark of a truly futuristic world, a technologically superior era where planes roamed the skies powered by artificial intelligence.

But Airbus has been proving the concept viable using passenger aircraft that are already flying today – such as the A350 – and crafting technology that use machine-learning backed by countless hours of test flight data.

With new technology – which integrates with onboard cameras – an Airbus A350-1000 XWB passenger jet was able to recognise taxiways and runways to perform successful take-off, landing, and taxi manoeuvres without the pilot touching the controls.

Pilots barely had to do anything besides ensure the plane was making the right calculations and adjustments in each phase of flight.

Even Airbus’ military division is benefiting from autonomous systems, with some being tested on air-to-air refuelling planes.

The tech would recognise fighter jets and other military planes as they approached and conduct an automated refuelling process.

Though, before the tech can be used widespread on planes like the Airbus A350 XWB…

More data needs to be collected on planes like this one.

Project Wayfinder just acquired this Beechcraft Baron 58 and outfitted it with cameras, sensors, and computers to capture valuable flight data as it flies around the Bay Area.

The flying lab collects imagery from each flight which is then auto-labelled and given to machine learning algorithms. That data, in turn, helps the system “see,” according to Airbus.

The onboard cameras work in tandem with navigational charts to collect position data.

Here’s what the machine sees when the aircraft approaches a runway.

The green outline indicates that the software recognises it as a runway and data will be collected to analyse how the plane behaves as it approaches land.

The software needs to be able to detect runways from miles away, which isn’t always an easy task.

The Baron 58 was chosen, in part, because it’s a twin-engine aircraft – like most passenger jets – which leaves the nose area free of obstructions to increase the visibility and field of view for the onboard cameras.

Single-engine planes typically have a propeller affixed to the nose, which would obstruct the front view of the aircraft.

It’s a far cry from an Airbus A350-1000 XWB but the principles of flight remain the same.

Onboard cameras are configured using a black and white checkerboard, called a calibration board.

The successful autonomous flights of the Airbus A350 spurred the ramp-up of data collection at Project Wayfinder.

Test pilots will continue flying around the Bay Area collecting data while researchers and engineers process the data and fine-tune the hardware and software used for further data collection.

Once all the data is collected, Project Wayfinder researchers will have a better understanding of just how viable autonomous flight can be on a large scale.

Beyond commercial aircraft, the data provided by the flying lab could also power other autonomous projects like Airbus’ eVTOLs program.

Airline pilots can also rest easy knowing Project Wayfinder’s stated purpose is to increase safety in the cockpit by having autonomous systems reduce pilot workload and not completely replace pilots. 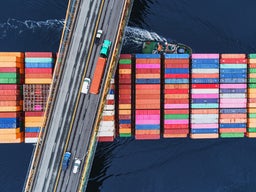 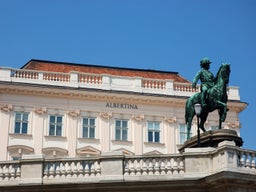