Airbnb's CEO compared the coronavirus crisis to Hurricane Maria, saying its business will bounce back, just as it did after the storm that ravaged Puerto Rico 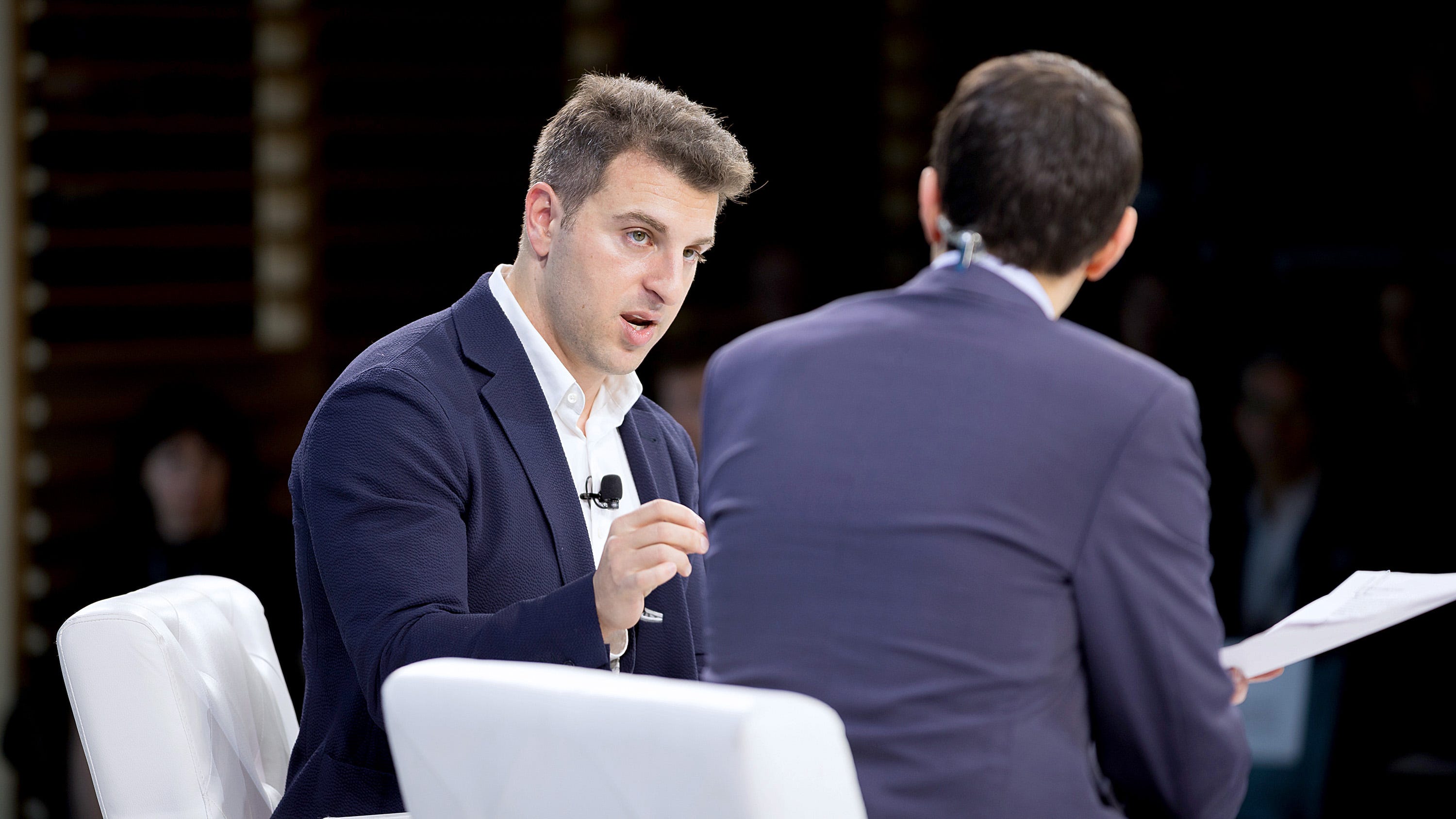 Mike Cohen/Getty Images for The New York TimesAirbnb CEO Brian Chesky vowed that his company’s business will be stronger than ever after the coronavirus-related downturn ends.

The coronavirus-related hit to the travel industry may be unprecedented and unexpected, but Airbnb has survived economic crises before and has always come back stronger, company CEO Brian Chesky said Monday on a video message live streamed to the company’s property-manager partners.

Airbnb was launched during the Great Recession, Chesky noted. More recently, the company’s business in Puerto Rico – and that of its hosts – was hammered by 2017’s Hurricane Maria. But it both cases, the travel industry startup’s business thrived as things recovered, Chesky said.

Before Hurricane Maria, some 7,700 property managers were listing spaces on Airbnb in Puerto Rico, said Chesky. Now, there are some 12,000.

“We are going to weather this storm,” Chesky said in his video message. “We are going to get through this together. There’s going to be a huge amount of business on the other side.”

Nearly 3,000 people died in Puerto Rico as a result of Hurricane Maria, making it one of the deadliest hurricanes on record in the US, and the island is still recovering from the damage it wrought.

Today, the whole world is coping with the coronavirus, not just one island. The epidemic is wreaking havoc on the travel industry well beyond Airbnb. With governments around the country and world encouraging or even ordering citizens to stay at home, many have aborted their travel plans. Airlines have cancelled numerous flights and hotel and cruise industry companies are ailing.

‘This storm is going to end’

It’s unclear how long the epidemic – or its impact on the economy – will last. Just on Monday, counties in the San Francisco Bay Area – Airbnb’s home base – announced they would extend their shelter-in-place orders for several more weeks, until at least May 1. Meanwhile, Virginia and Maryland became the latest states to issue such orders to their residents. And some epidemiologists are forecasting the the peak of the pandemic could be weeks or even months away.

But Chesky vowed that Airbnb will come back stronger then ever once life returns to normal. People have an innate desire to travel and following this crisis, they’re going to want to satisfy that need more than ever, he said.

During his message, Chesky announced Airbnb’s plans to aid hosts during the crisis. The company set aside $US250 million to reimburse property managers for 25% of the revenue they lost due to bookings cancelled as a result of the pandemic. It set aside another $US10 million for so-called Superhosts – highly rated managers of popular properties – to help them pay their rent or mortgages.

The moves come after widespread criticism of Airbnb by hosts. The company announced earlier this month that it would allow travellers to cancel their reservations and get a full refund, no questions asked, starting on March 14 due to the epidemic. The move, which Airbnb made without consulting hosts, overrode property managers own cancellation policies.

In his message, Chesky praised the company’s property manager partners and acknowledge that Airbnb needed to do a better job communicating with them. Despite what the company did with earlier reservations, Airbnb will stand by and enforce hosts cancellation policies for any bookings made after March 14, he said.

“The last few weeks have been a bit of a wakeup call for us. We know we need to be closer to you,” Chesky said. “We’re going to build things in partnership with you. We really are partners – or at least I want us to be.”

Got a tip about Airbnb? Contact Troy Wolverton via email at [email protected], message him on Twitter @troywolv, or send him a secure message through Signal at 415.515.5594. You can also contact Business Insider securely via SecureDrop.