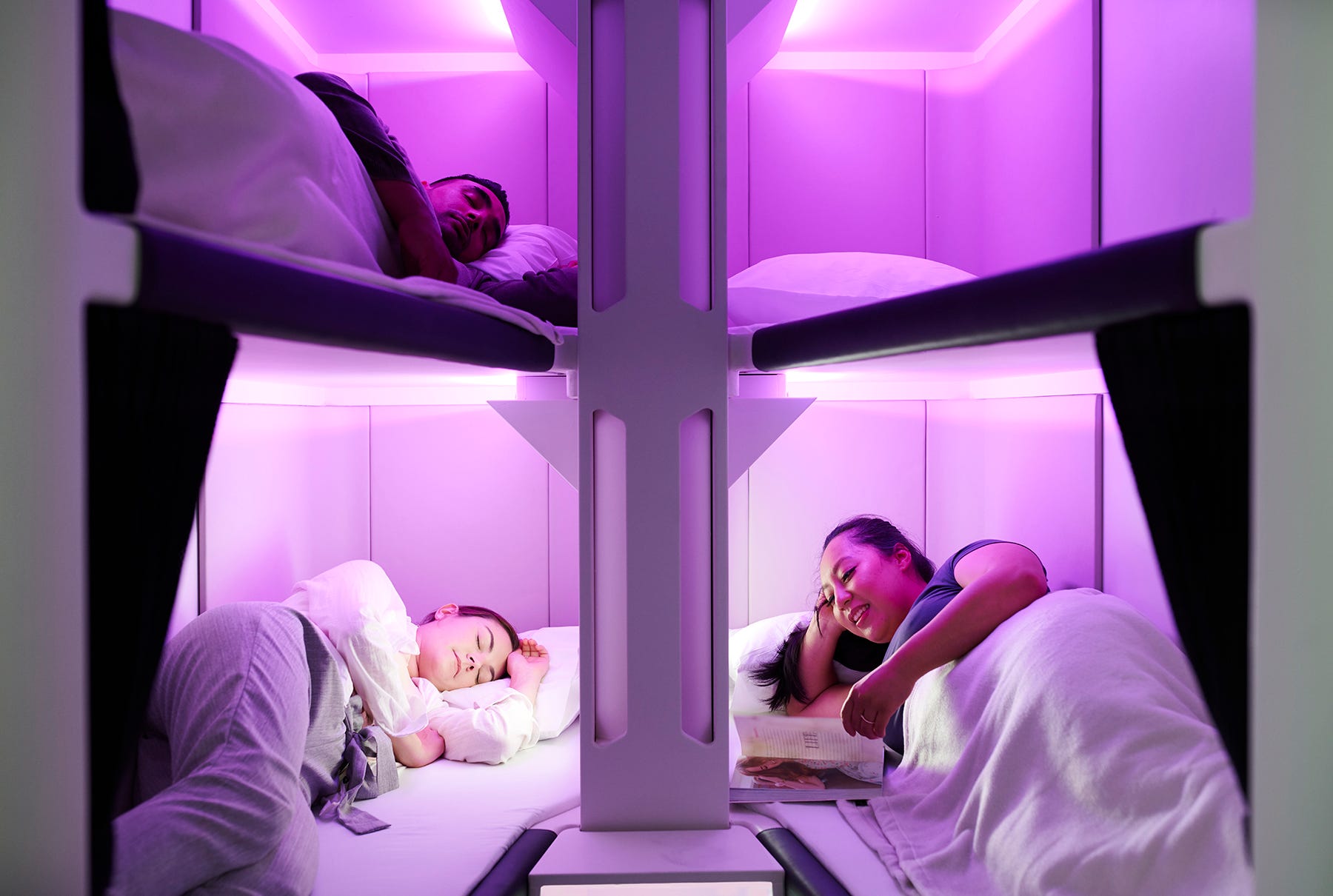 Airlines typically try and sell pricey business class seats by advertising gourmet in-flight meals, fine wines, and luxe service. But the biggest appeal of the front cabin is a seat that can fold flat into a bed, letting you sleep in relative comfort on a long flight or a red-eye.

But if Air New Zealand has its way, the lie-flat bed will finally find its way to coach.

The airline unveiled a new prototype sleeping pod on Tuesday, which it said presented an option for putting beds in the economy cabin.

“A clear pain point for economy travellers on long-haul flights is the inability to stretch out,” the airline’s chief marketing and customer officer, Mike Tod, said in a statement. “The development of the Skynest is a direct response to that challenge.”

The Skynest appears similar to the crew rest areas on long-haul aircraft, which allow pilots and flight attendants to sleep in between on-duty shifts. 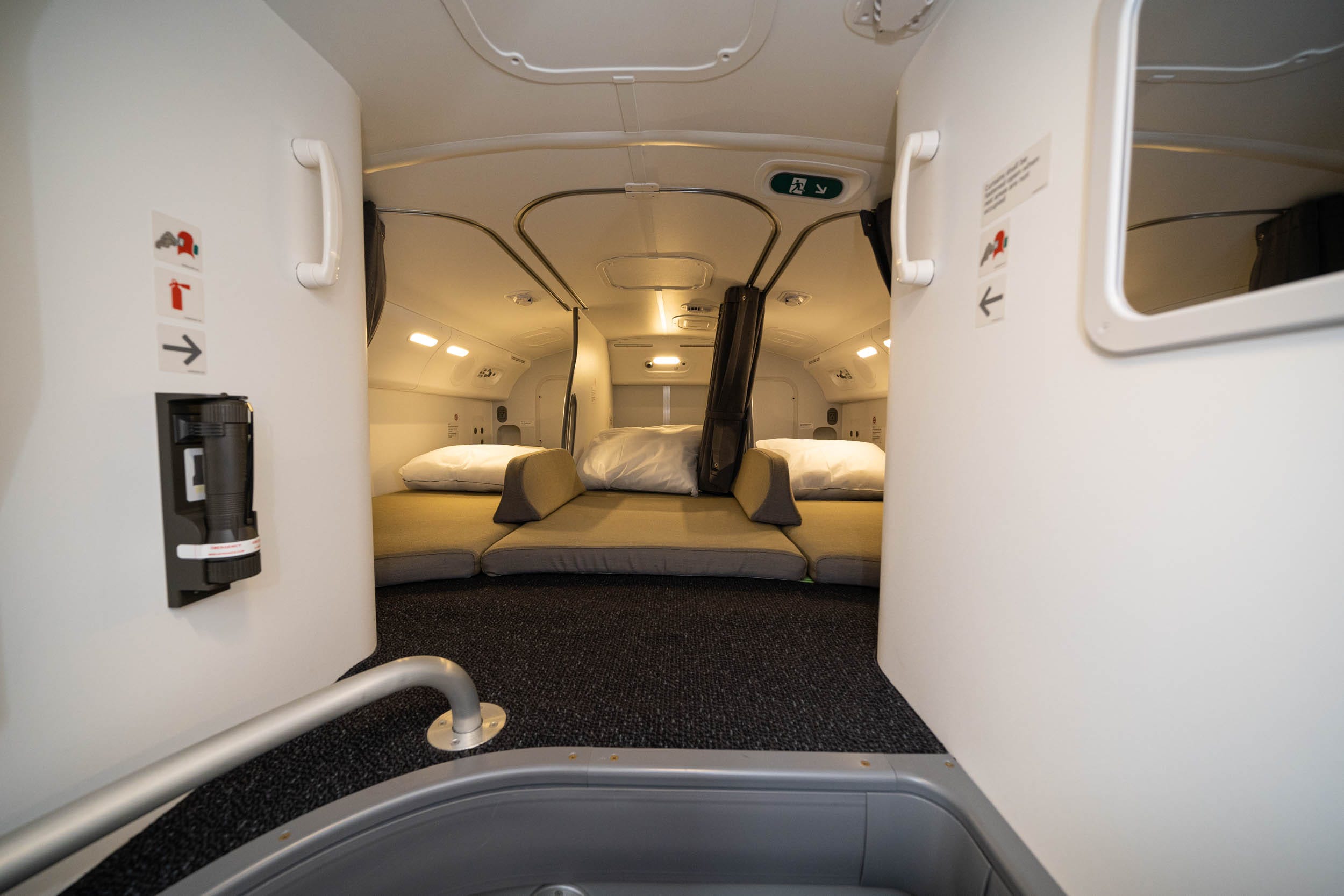 It was not immediately clear where on the plane the Skynest would go. The airline said it was still researching where to place it in the economy cabin. It will consider removing several rows of seats, if necessary.

The Skynest product comes as Air New Zealand prepares to launch its new longest flight, a 17-hour nonstop between Auckland and New York. The service is scheduled to begin in late October, 2020.

However, there are a number of challenges to successfully implementing the Skynest product – and the airline will have to prove that the product is more than just a proof-of-concept, or a gimmick. It is not a given that it will ever fly on a plane.

Air New Zealand’s long-haul aircraft – a mix of Boeing 777 and 787-9 Dreamliners – have between 215 and 263 coach seats. The airline said that only one Skynest unit would be included on each plane – meaning six beds for more than 200 passengers. The airline said that the pods could be purchased along with the seat reservation, so presumably only six passengers will have the option to use the pods.

Pricing will also be a challenge. The airline will need to be careful to avoid cannibalising business from its business class cabin – high-paying business class passengers make up a crucial part of long-haul airlines’ revenue.

The airline also offers a few other options, including a premium economy cabin and a “Skycouch” option – passengers booking the Skycouch get an entire row of economy seats, and with several tweaks to the seats so that they can transform into a “couch” during flight. Air New Zealand will need to price the Skynest product in a way that will attract different customers.

Air New Zealand said it would need to seek regulatory approval and certification for the pods. In a press release, the airline said it would make the final decision on whether to move forward with the Skynest after it “assessed the performance of its inaugural year of Auckland-New York flights,” meaning the product won’t be available until at least late-2021. 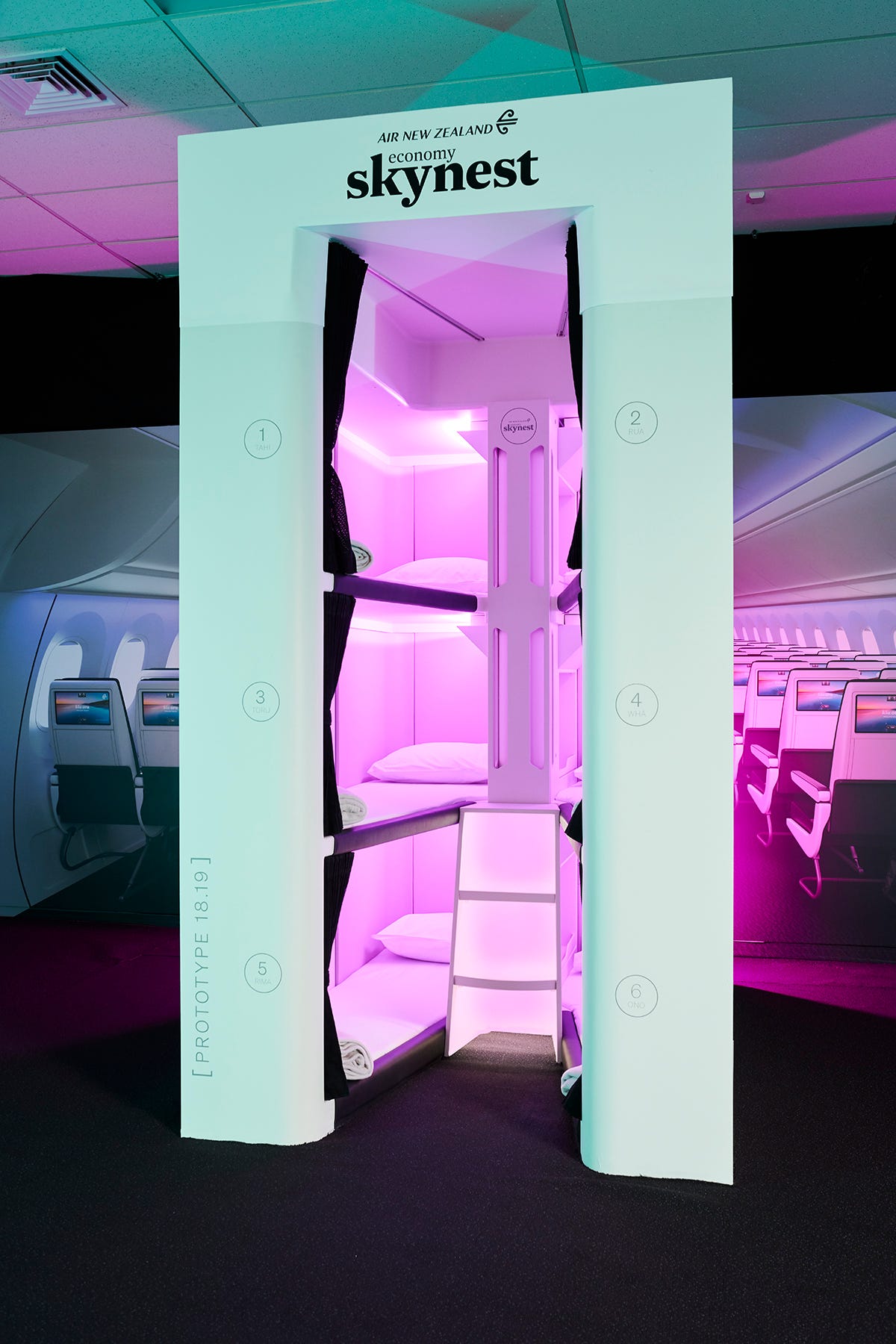 Kerry Reeves, the airline’s head of programs, said that while the challenges to launching the Skynest are formidable, the potential appeal to customers made it worth pursuing.

“It was a prize worth chasing and one that we think has the potential to be a game changer for economy class travellers on all airlines around the world.”