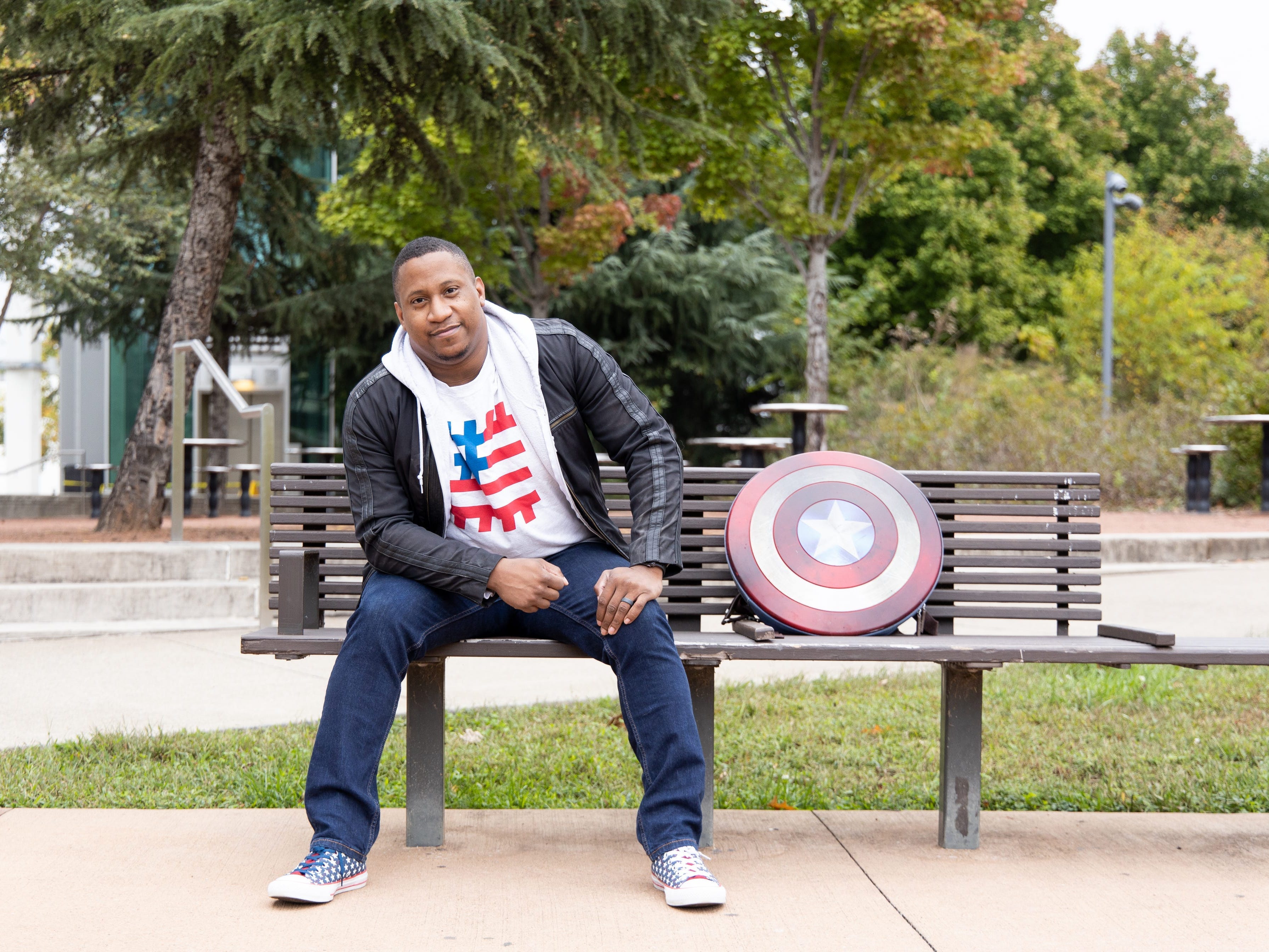 When Air Force veteran Jerome Hardaway left the military in 2009 after five years, he planned to transition to a civilian job after his service. However, he found that the recession’s lingering impact on the economy meant that jobs were still scarce.

“It was very painful coming back to America,” Hardaway, who’s based in Nashville, told Business Insider.

People would say, “Thank you for your service,” but not hire him, he explained. As he continued looking for jobs, he saw a commercial about a course for teaching people how to code.

While he didn’t take the class â€” “There were really great resources I didn’t have money for,” Hardaway said â€” it inspired him to get a book on databases. From there, he taught himself SQL and eventually landed a job as a database analyst for the Department of Homeland Security in 2010.

Eventually, he started teaching himself other programming skills, too, including Ruby on Rails and JavaScript, as well as learning about open source software by reading project documentation and source code and contributing as a general member, finding the JavaScript community to be especially welcoming. He even had the opportunity in 2014 to train in web development at General Assembly.

“I’m an African American male in the south trying to get into a dominant white male industry,” Hardaway said. “Before people look at my veteran status, I have that to overcome.”

In 2014, while Hardaway was working as a digital marketing assistant for a nonprofit, he connected with a family who lost their son in a police shooting and built them a website where he told the young vet’s story. Through this website, the family was able to raise $US10,000, and the moving encounter spurred Hardaway to launch a new project:

Hardaway’s nonprofit, Vets Who Code, focuses on teaching veterans the programming skills they need for software engineering jobs and it’s completely free for veterans to participate. So far, the organisation has helped over 250 veterans in 37 states learn how to be developers.

Right now, Vets Who Code teaches languages like JavaScript, cloud technologies like Amazon Web Services, user experience design,GitHub, frameworks like React, and more, as well as less tangible skills, like what it takes to succeed in an engineering job. 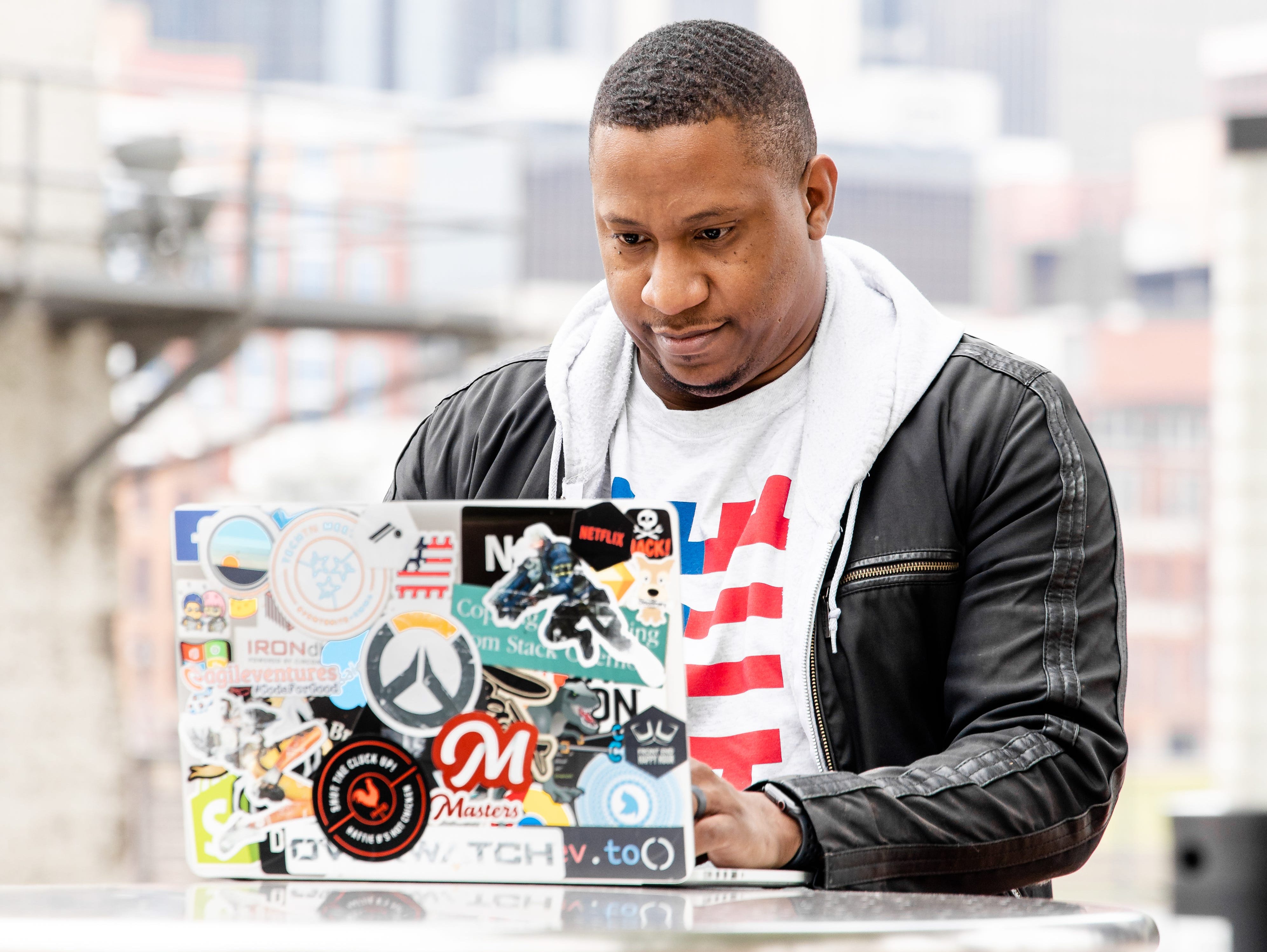 While more than 250 military service members transition into the workforce each year according to Navy Federal, one of the greatest anxieties for veterans is being able to find a stable job that honours the skills and experiences they have gained from the military.

“The military trains you to be good at what the military needs you to be, not in regards to preparing you for the civilian sector,” Hardaway said.

While in the Air Force, Hardaway served in Iraq, Afghanistan and South Korea and had duties in security, checking aeroplanes, and law enforcement. However, it wasn’t easy to convey to how those skills could be useful in the larger job market.

While the military has programs that help veterans transition to going back to civilian life, Hardaway says they’re not as effective as they should be, partly because they’re run by people who have never fully transitioned to that life themselves. Unfortunately, it’s all too common for veterans to “fall into these cracks,” he said.

Because of his own experience, though, Hardaway knows that many of the skills he learned can be directly applicable to software jobs.

“It has made me more of a go-getter, take initiative, and learn on my own, and of course, more discipline,” Hardaway said. “It’s helped me focus on the things that matter: learning how to write code, focusing on the things needed to be employed, teaching the veterans the same skills in my transition.”


Everything you need to know about React, a project started at Facebook that now helps Twitter, Pinterest, and Asana keep their apps looking good and working great

For example, Hardaway says the military taught him to drill and adapt to new things faster â€” all of which helped him when he was learning to write code. In addition, veterans are used to teamwork and over-communicating as they did in the military, and these skills come into play when they work together on a software project.

That’s why Vets Who Code puts an emphasis on coordinating group projects for its students:

“That’s the true secret, making you a good worker, not just a good programmer,” Hardaway said.

Ultimately, Hardaway said that his goal is to empower as many veterans as possible to get good jobs in tech, like he did:

“I’m hoping my sisters and brothers [in the military] don’t have to deal with the hardships I had to deal with.”