Bill Gates, Mark Zuckerberg, and Jeff Bezos: Here's how old the founders of 23 tech giants were when they started their first companies

For tech founders like Elon Musk and Jack Dorsey, it took a couple attempts to start the company that would turn them into industry visionaries and make them worth billions of dollars.

The founders of Tesla and Twitter, respectively, experienced only minor successes with their first tech ventures at a young age. It took them, and others, a couple of tries before landing on ideas that caught fire and became big names in the tech industry.

Although it’s often the stories of young college dropouts like Facebook founder Mark Zuckerberg that get the most attention, not all heads of tech companies found success at such a young age. While many big names in tech have already earned their first million in their 20s, others like Oracle founder Larry Ellison didn’t come into their wealth until their 30s or later.

These are the ages that 23 of the most successful tech founders launched their first companies at: 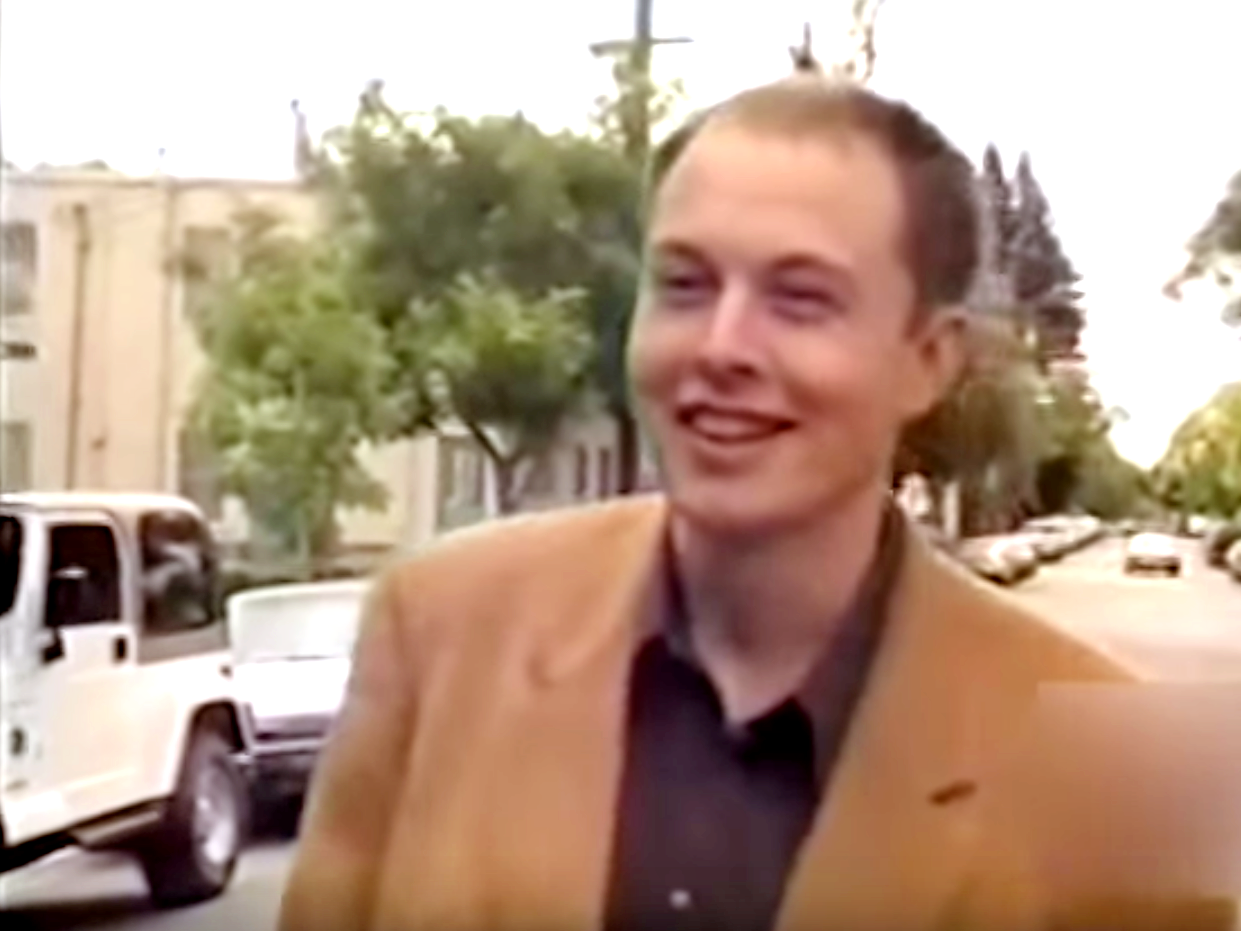 Musk later went on to help found a number of companies, including X.com (that merged with PayPal), and the companies where he now serves as CEO: Tesla,SpaceX, and The Boring Company. 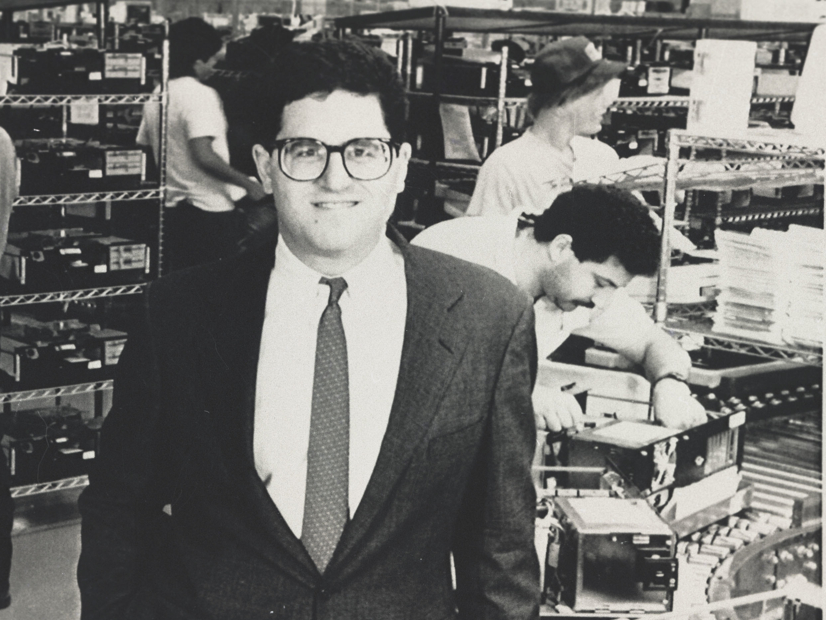 Michael Dell started Dell Technologies from his dorm room as a freshman at the University of Texas in Austin. What started as a side hustle of re-vamping computers for a profit turned into a full-time gig that allowed him to convince his parents he could drop out of college.

Danielle Weisberg and Carly Zakin first met while studying abroad in Rome – Weisberg was a Tufts student, and Zakin attended UPenn. After graduating, they both found themselves working at NBC News in New York, and became roommates.

They left their roles in 2012 after realising how many of their friends “weren’t living and breathing the news like we were.” They launched their daily, conversational aggregated news digest theSkimm, and now have more than 7 million subscribers. 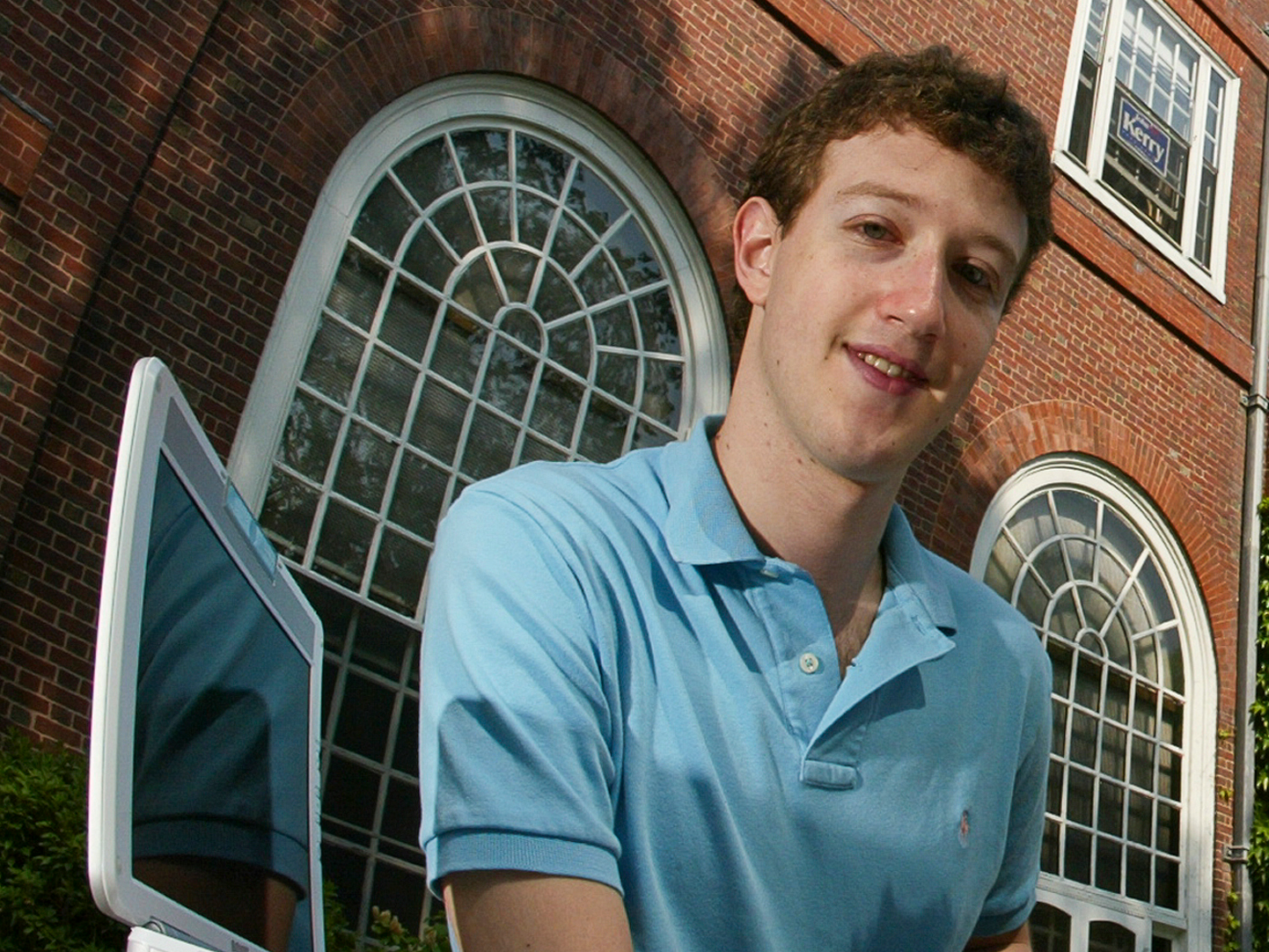 Zuckerberg launched Facebook, as “Thefacebook,” from his dorm room in 2004 as a sophomore at Harvard University. He dropped out later that year in order to devote his time fully to developing the social network. 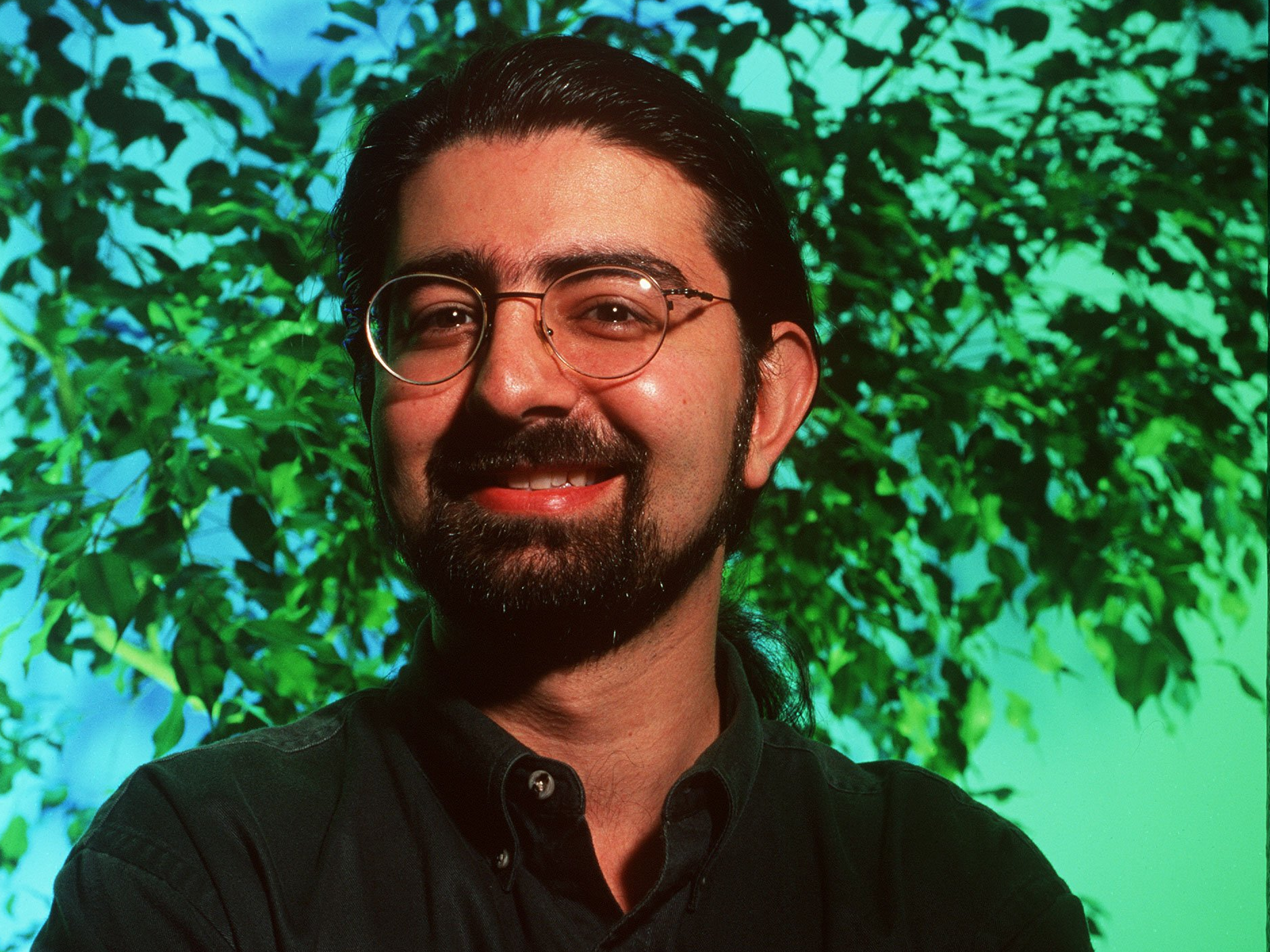 A few years after graduating from Tufts University, Omidyar cofounded a pen-based computing company called Ink Development with friends. The company was later rebranded as an internet shopping software company called eShop, which Microsoft bought it in 1996 for $US50 million. Before that sale was even finalised, Omidyar launched eBay in 1995. 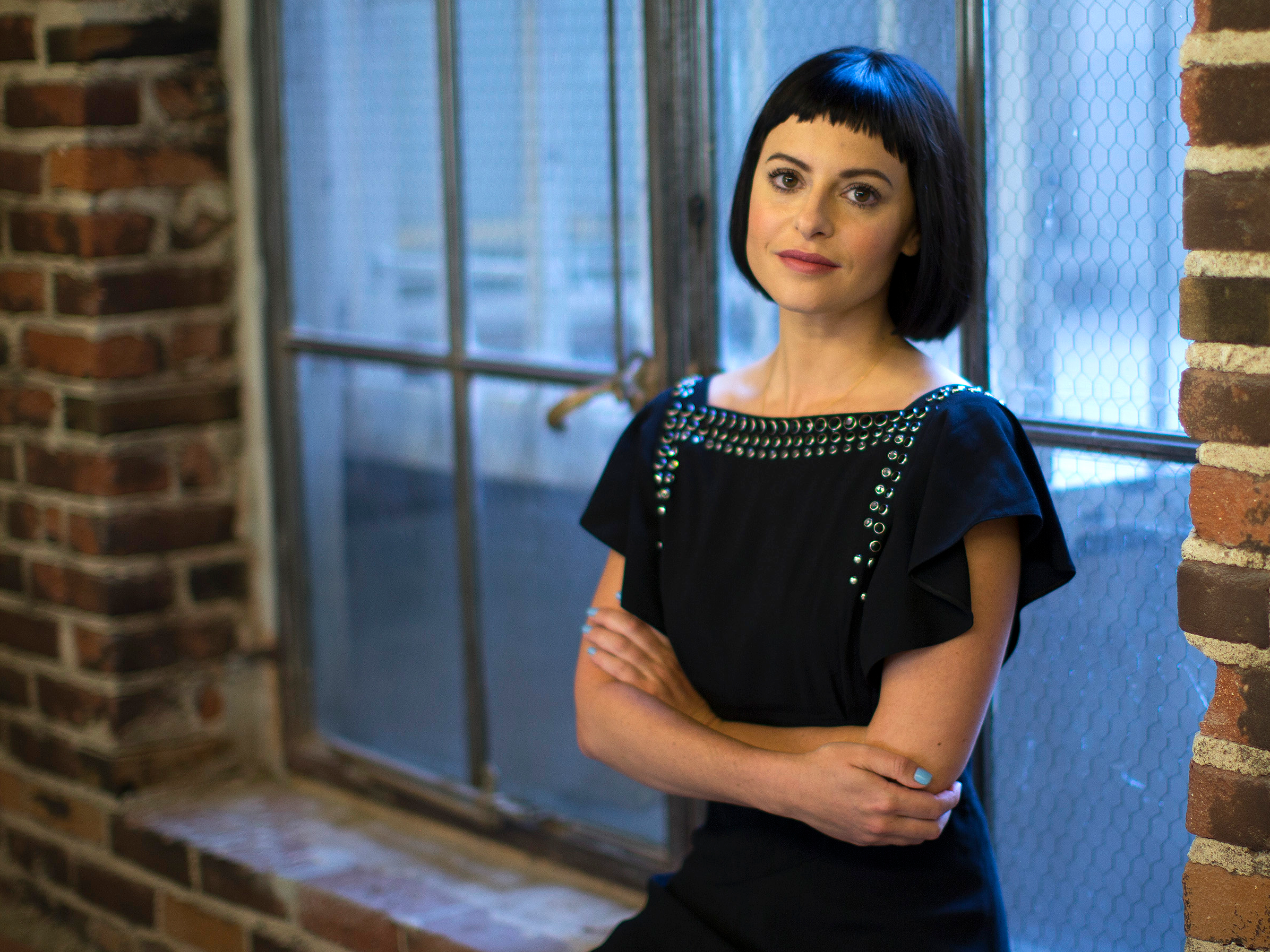 Before she started selling vintage clothes online, Amoruso was unemployed and hitchhiking up and down the West Coast. She landed at a building security job at the Academy of Art University in San Francisco in 2006, and sold clothing on eBay in her spare time.

After getting kicked off eBay in 2008, she turned her passion for flipping vintage clothing for a profit into a website called Nasty Gal, named after a song by Betty Davis. In high school, Gates and a friend named Paul Allen launched a business called Traf-o-Data. The company automated the process of analysing traffic flow data for roads in Washington.

The company continued to operate even after the two finished high school, went to – and quit – college, and on through when the pair launched Microsoft in 1975. Traf-O-Data eventually failed because of what Allen called a “flawed business model,” and the two focused their efforts on Microsoft. 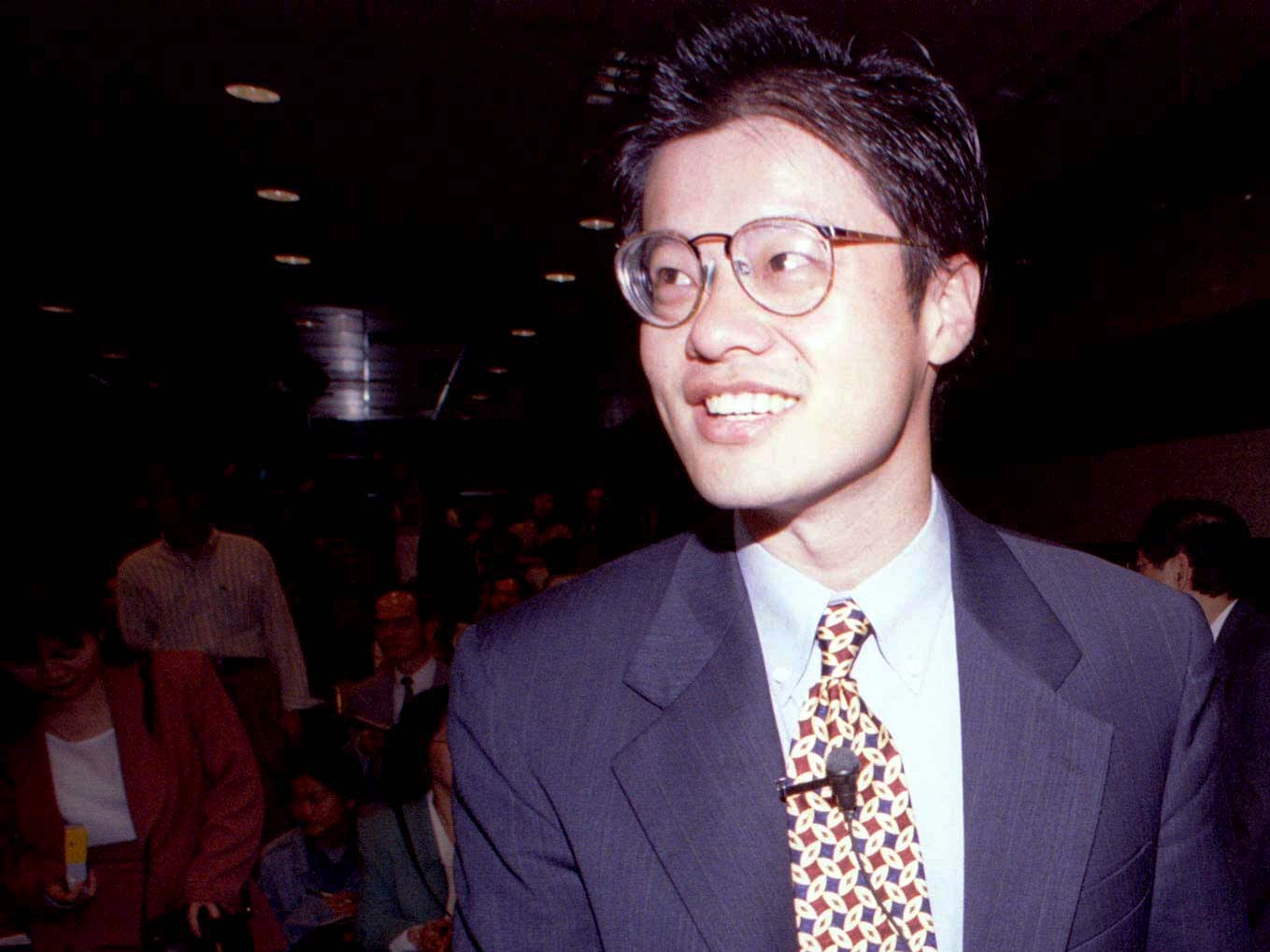 Yang met Yahoo cofounder David Filo in an class they took together at Stanford as PhD candidates in electrical engineering. They started working on Yahoo as a side project, in order to keep track of their favourite links on the internet. The eventually launched the online directory as “Jerry and David’s Guide to the World Wide Web” in a campus trailer in January 1994. The site got 1 million hits for the first time that year in the fall. 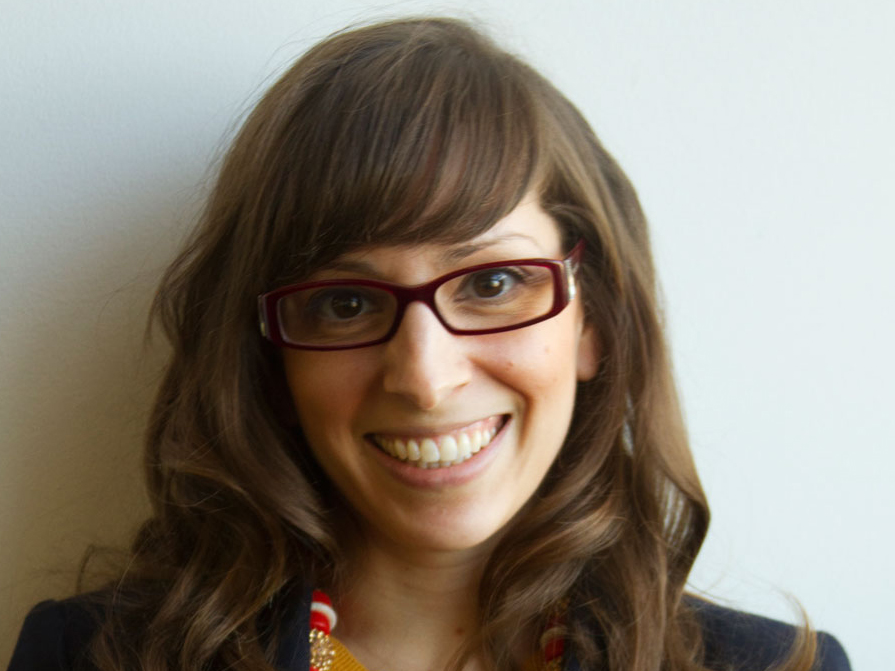 Busque and her husband got the idea for TaskRabbit from a conversation one night about how they needed to buy dog food for their yellow lab named Kobe.

“Wouldn’t it be nice to go somewhere online and say, ‘We need dog food,’ name a price we’d be willing to pay, and find someone in our neighbourhood, maybe at the store that very moment, who could help us?” Busque told Business Insider in 2011.

The company was first named Runmyerrand.com. Busque quit a job at IBM to build the company, which later became Task Rabbit. 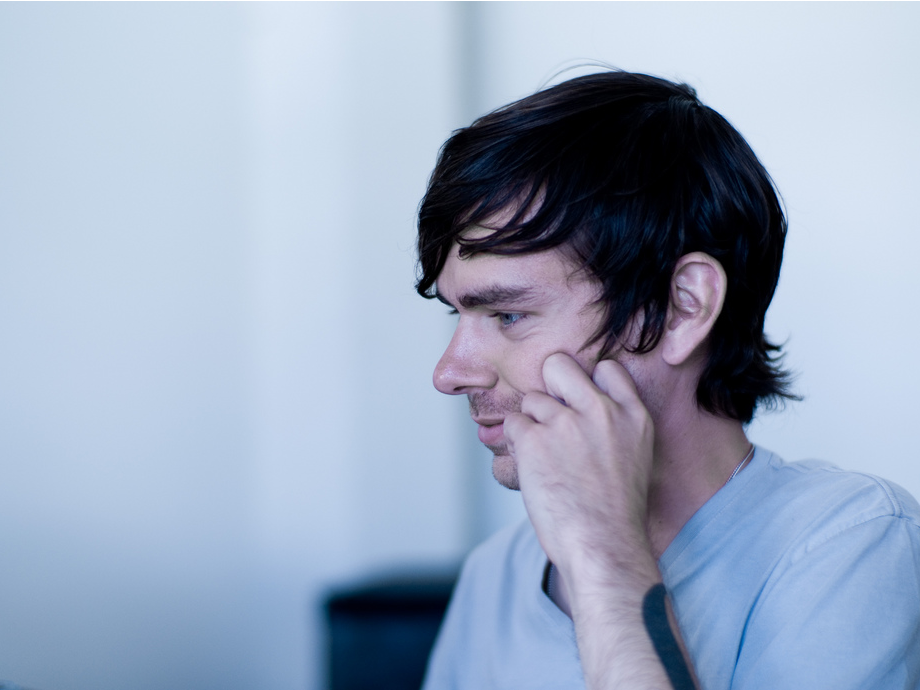 Dorsey is a two-time college dropout. While at his first school, the University of Missouri-Rolla, he hacked into the website for a company called Dispatch Management Services and found a security flaw. The company’s founder, Gregg Kidd, hired Dorsey immediately and convinced him to move to New York, where the offices were located.

Dorsey enrolled in NYU while there, but dropped out shortly after to move with Kidd to San Francisco. The two then launched a software company called dNet that provided same-day delivery for online purchases. They secured early funding from the investment group Band of Angels, but the company soon flopped. Dorsey wouldn’t help create Twitter for another six years. 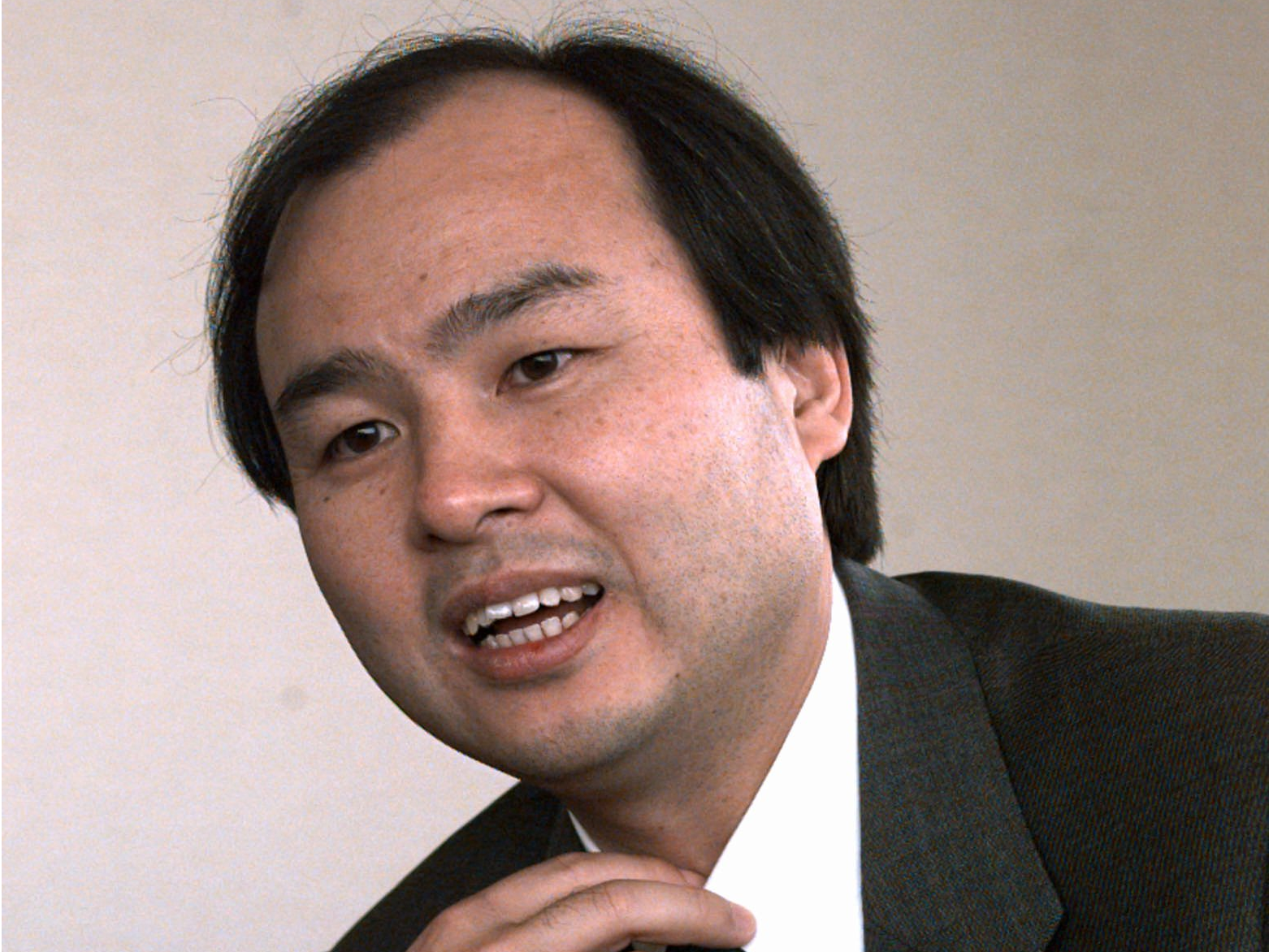 Even before launching SoftBank at age 24, Son was already a millionaire. He made money as an undergraduate student at UC Berkeley through two separate ventures: leasing video game consoles to local bars and restaurants, and developing a pocket-sized electronic translator sold to Sharp Electronics in 1979.

Upon returning to Japan, Son launched SoftBank as a computer parts and software distributor. The company has since invested billions of dollars in massive tech startups like Uber, the We Company (aka WeWork), and DoorDash. 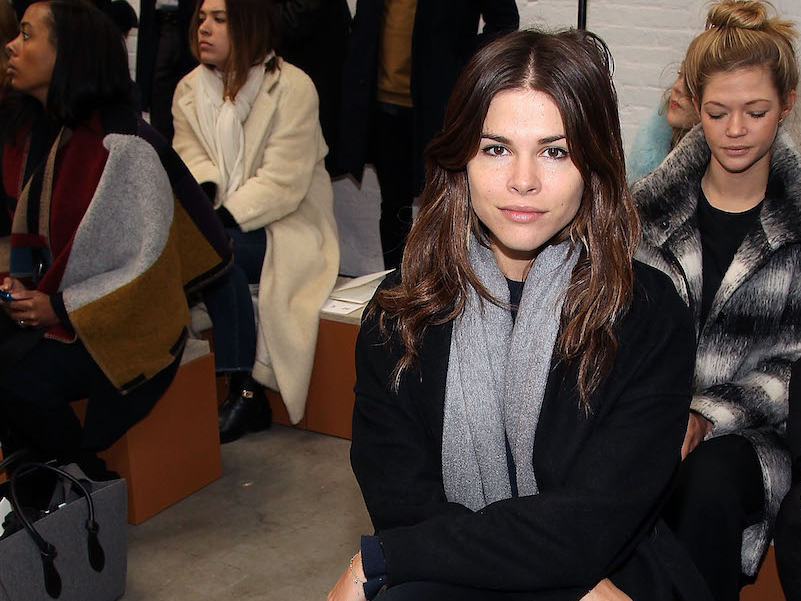 While a student at NYU, Weiss interned at Teen Vogue, where she had a brief cameo on the reality show “The Hills.” After graduating, she worked as a styling assistant at Vogue, during which Weiss launched a blog on women’s beauty and lifestyle called “Into the Gloss.” She ran the website in the morning, between 4 a.m. and 8 a.m., while keeping her day job at Vogue.

In a year, Weis had grew her website to 10 million page views a month, and she was able to quit her job at Vogue to work full-time on her blog. A few years later, Weiss launched Glossier, the e-commerce platform for easy-to-use and affordable skincare and beauty products. Spiegel first floated the idea for Snapchat to his product design class at Stanford in April 2011. His class saw Spiegel’s final project proposal, to share pictures with friends that would disappear forever, as a “terrible idea.”

A few months later during the summer, Spiegel and cofounders Bobby Murphy and Reggie Brown launched Snapchat. The app was originally named “Picaboo,” and the three built it from the home of Spiegel’s dad in Los Angeles. The Snapchat CEO dropped out of Stanford a few credits shy of graduation to work on Snapchat, although he returned to school to finish his degree in 2018. 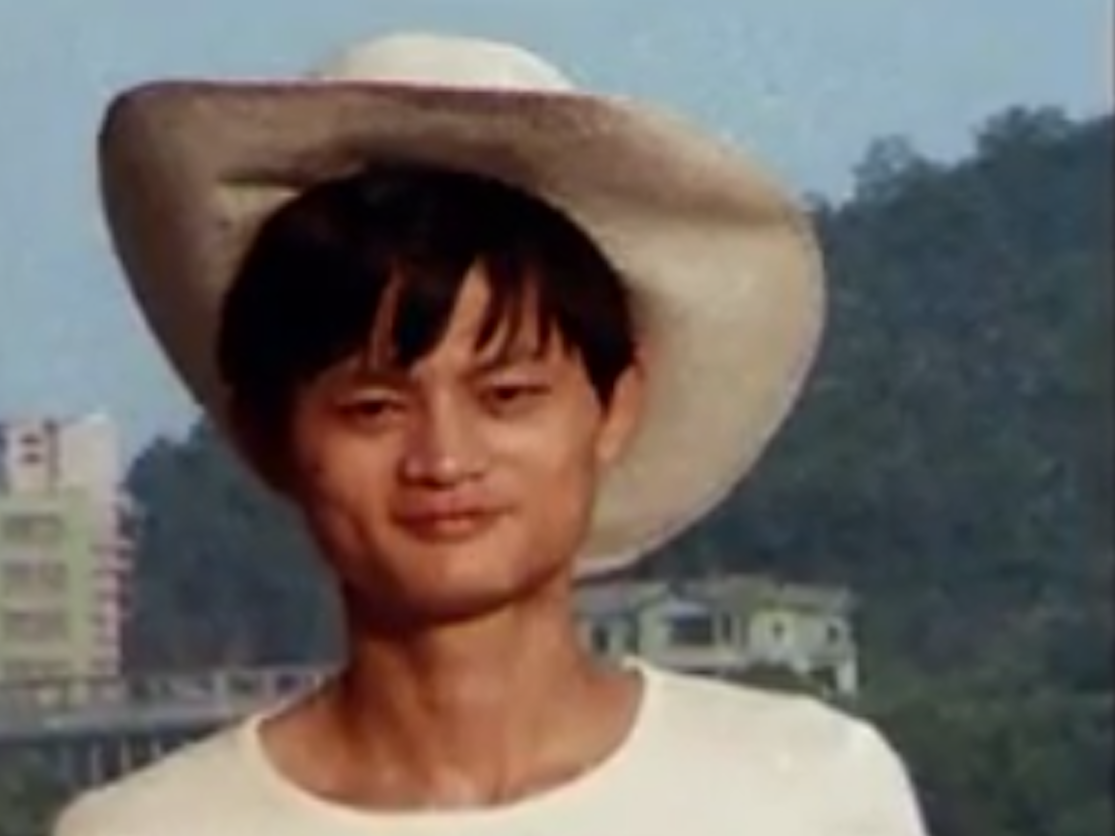 Ma quit a job teaching English at local university to launch a translation company called the Haibo Translation Agency (“haibo” translates to “vast like the sea”). While helping a Chinese firm recover a payment through his translation business, Ma visited the US in 1995 and encountered his first internet-connected computer.

Ma’s first online search was “beer,” but he was surprised to find that no Chinese beers turned up in the results. It was then that he decided to found an internet company for China, which later became Alibaba.com. 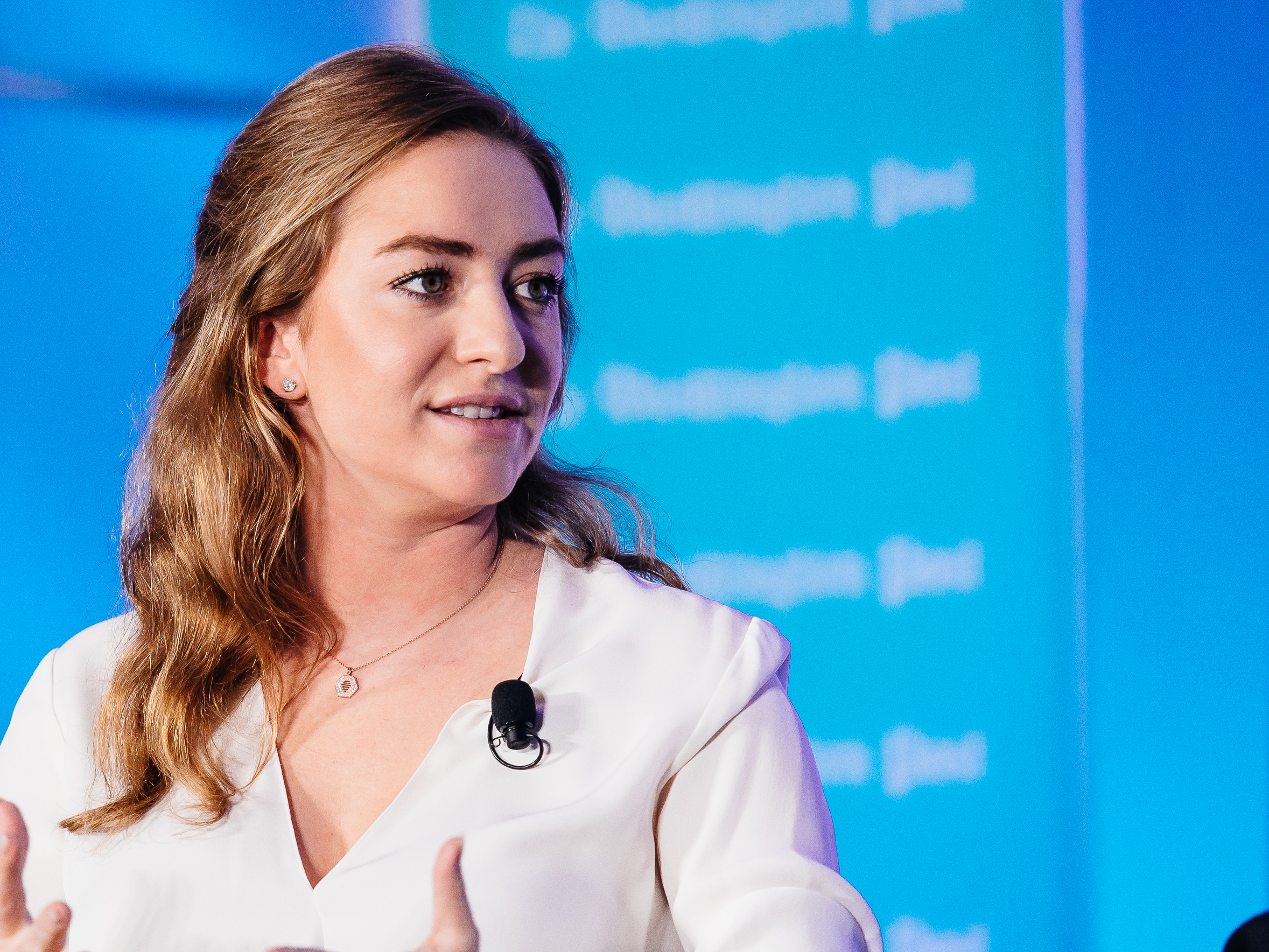 As a senior at Southern Methodist University, Wolfe launched the “Help Us Project,” a business through which she told bamboo tote bags to benefit victims and areas affected by the BP oil spill in the Gulf of Mexico. Wolfe’s bags received national attention, and were used by celebrities including Nicole Richie, Denise Richards, and the Kardashians.

Wolfe went on the help found Tinder, then launched her own dating app Bumble designed to let women call the shots. 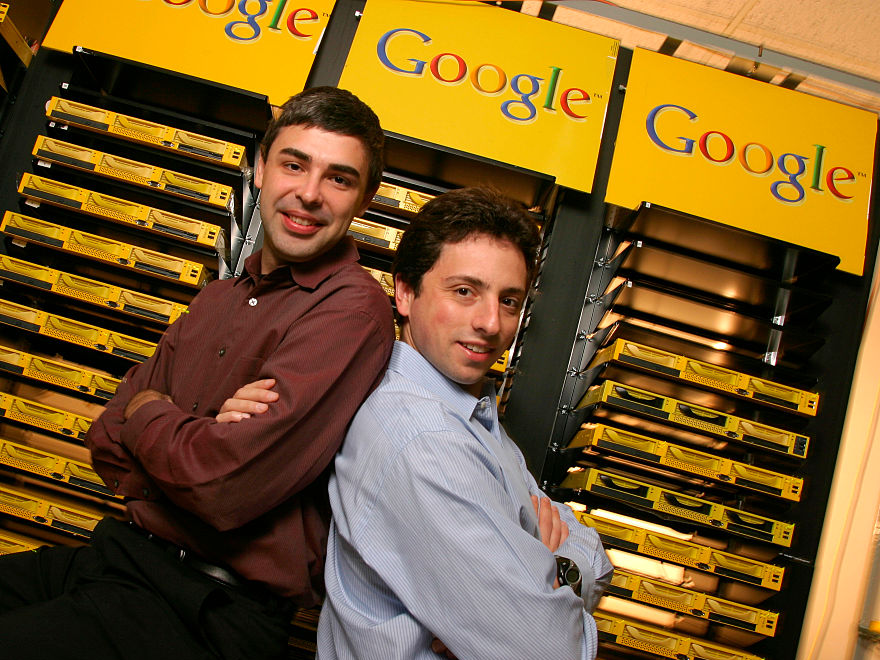 The Google cofounders met in 1995, when Brin toured Page around Stanford University. Brin was a graduate student in Stanford’s computer science department, and Page was considering attending the school. They reportedly both found each other “obnoxious” at first, but they became classmates when Page enrolled as a PhD student.

The two started working together on a research project about cataloging every link on the internet, called “BackRub” at the beginning. The two soon dropped out of Stanford, and founded Google in 1998 out of YouTube CEO Susan Wojcicki’s garage in Menlo Park, California. 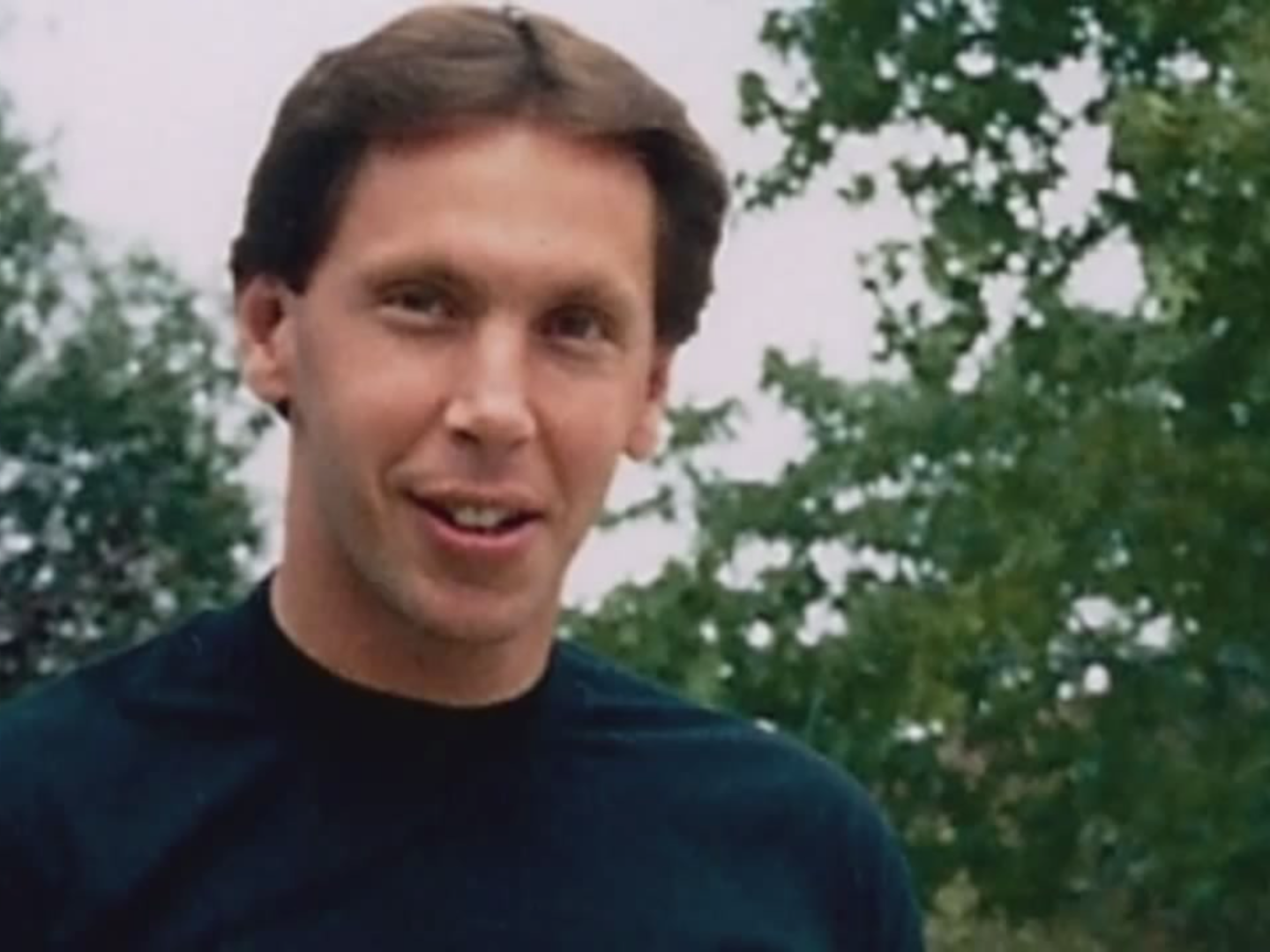 After Ellison dropped out of college twice, he worked a series of jobs in California where he picked up computer and programming skills. He landed at a tech company called Ampex, where one of his responsibilities was to build a database for the CIA. He and two Ampex coworkers, Ed Oates and Bruce Scott, left the company to start a database consulting company called Software Development Laboratories. Their new company secured a contract with the CIA to build a database, using the programming language SQL. The database management system they built was code-named Oracle, which then became the name of the company. 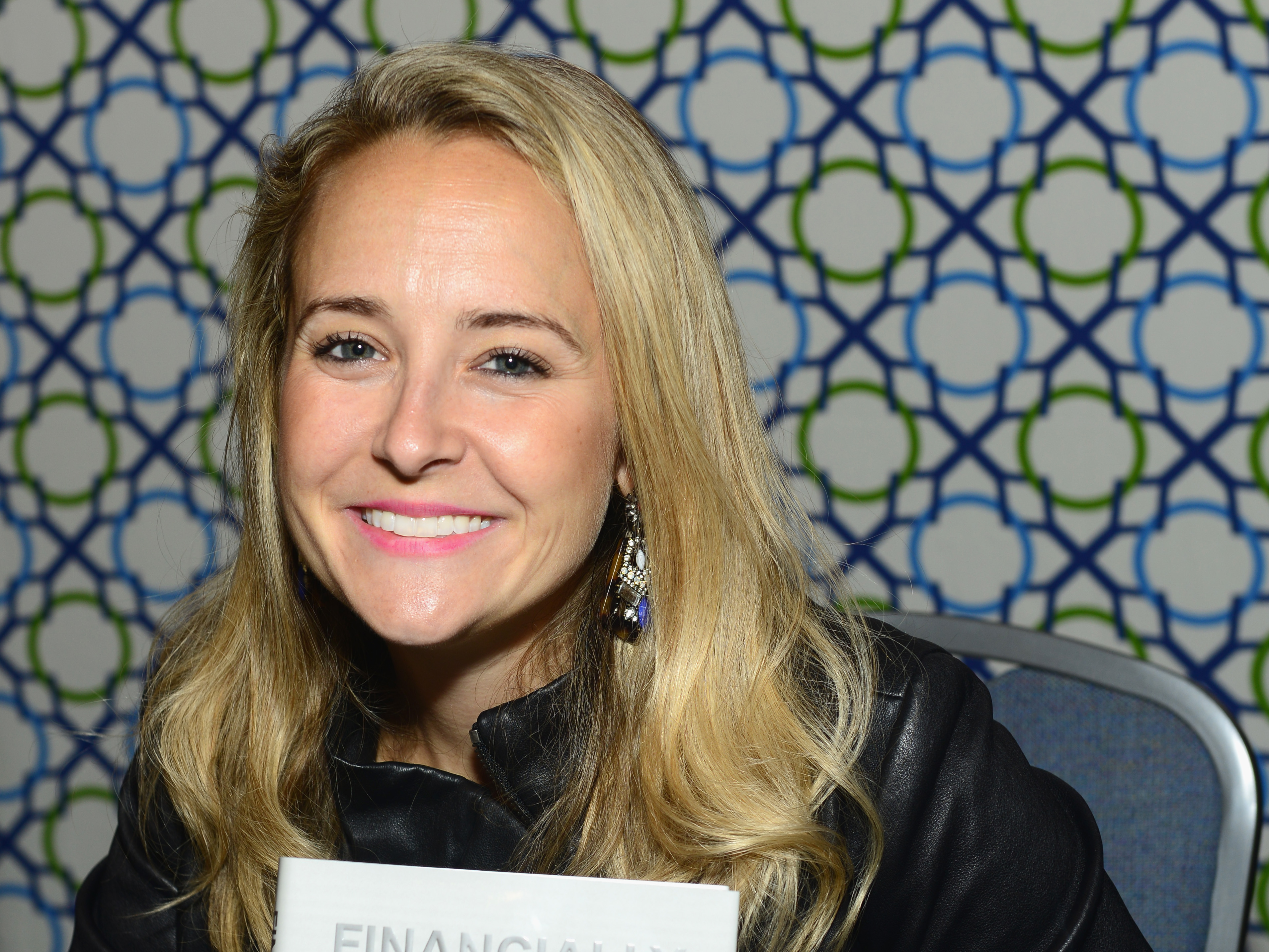 In her 20s, Alexa von Tobel was heading to Harvard Business School, but spent a significant amount of her time thinking about the lack of personal finance resources that existed. She decided to drop out of Harvard and move to New York amid the 2008 recession to launch a personal finance company called LearnVest. 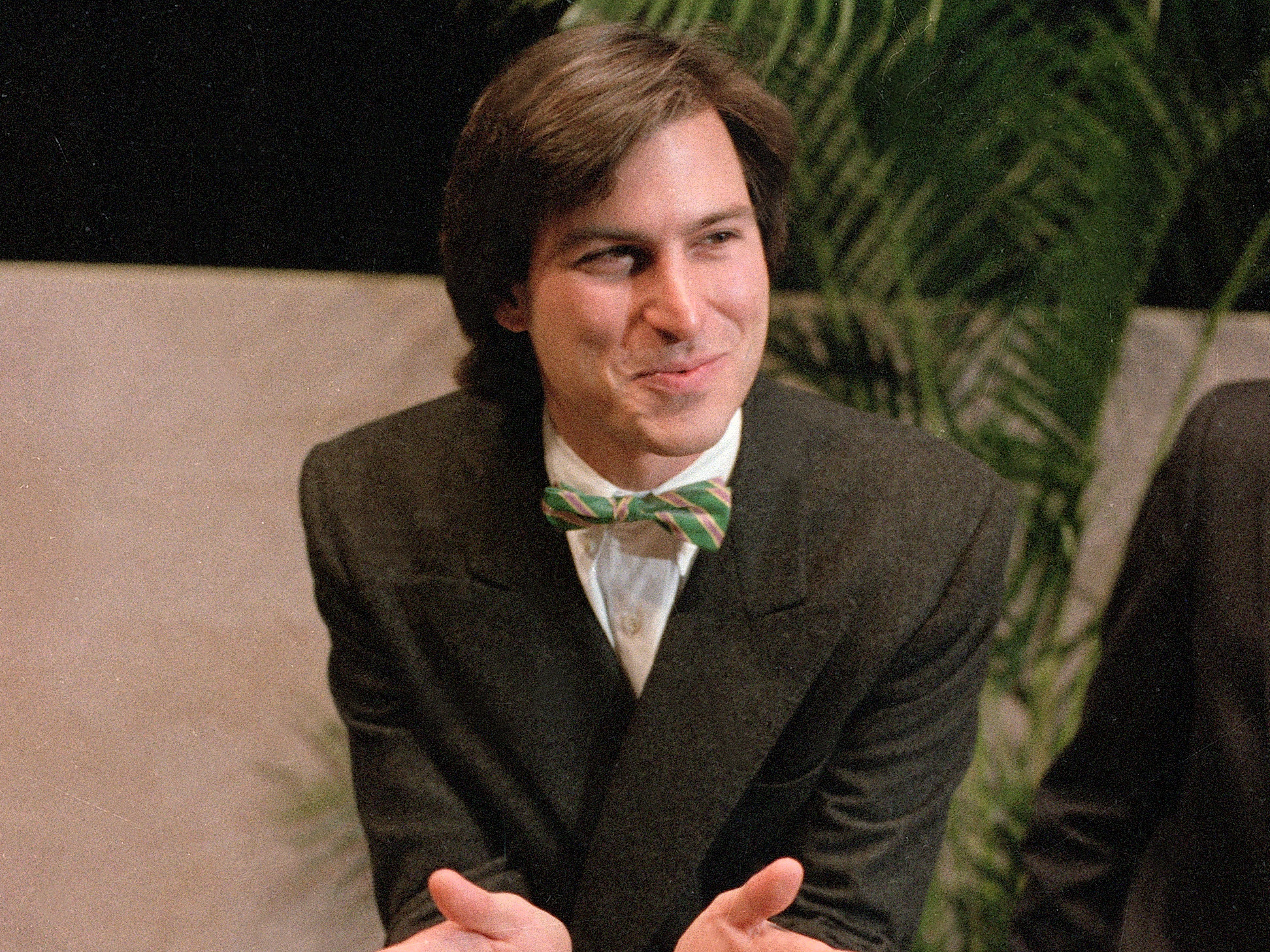 Jobs and Apple cofounder Steve Wozniak first met through a mutual friend in 1971, before either started college, and became friends. They often worked together on small technology projects, and together attended meetings held by the Homebrew Computer Club in 1975. Jobs and Wozniak became interested in computers at these meetings, and turned their hobby into the company Apple soon after.

The two Steves worked out of the garage in the house owned by Jobs’ parents. Neighbours often saw Jobs hold meetings out of this garage clad in cutoff jeans and barefoot. Before he started web hosting company GoDaddy in 1997, Parsons founded a tax software company called Parsons Technology. He started the company in the basement of his house in Iowa after teaching himself how to write code. Parsons Technology grew to more than 1,000 employees, and was sold to Inuit in 1994 for $US64 million.

Trapani was an early employee of Gawker Media under its founder, Nick Denton. Trapani wrote code for Kinja, a blog reader that later became the commenting system used across Gawker’s websites.

Denton reportedly discovered the domain name “lifehacker.com” was available and purchased it. He didn’t have plans to do anything with it, but Trapani was enthusiastic about its potential opportunity, and Denton made her the site’s editor and let her develop it based on her vision. The site, a self improvement and tech blog, launched in early 2005 with the support of Gawker and a sponsorship from Sony. Karp never finished high school (he dropped out at 14), or attended college. That didn’t stop him from entering the tech scene, and becoming the chief technology officer for a now-defunct online messaging board called UrbanBaby, that was bought by CNET in 2006.

He made “several thousand dollars” off the sale, which he used to start his own company called Davidville. Karp used Davidville to develop various Internet companies, including Tumblr. 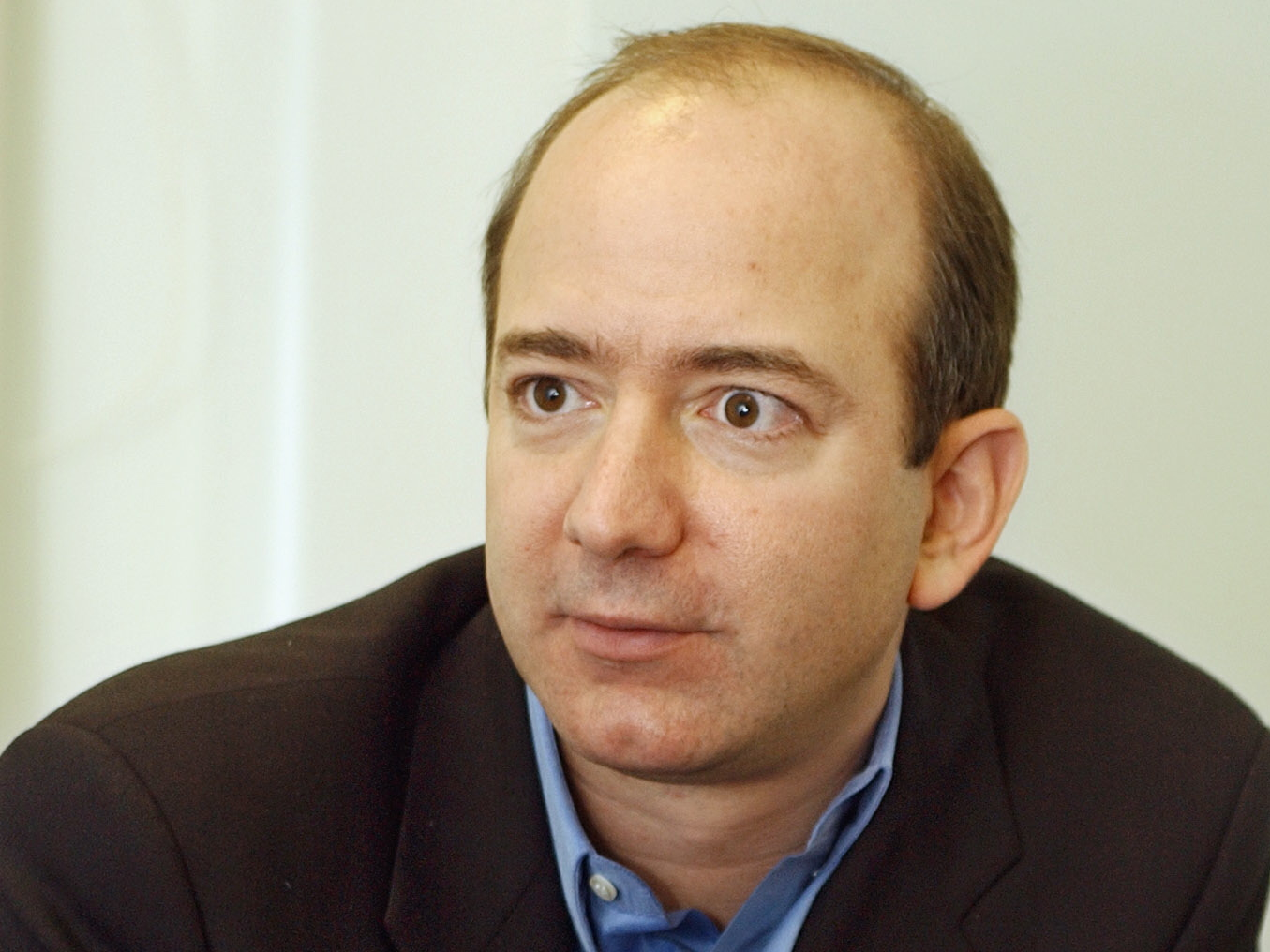 Bezos left his job at hedge fund D.E. Shaw to launch Amazon.com, which started as an online bookseller. He drove across the country with his wife at the time, MacKenzie, to found Amazon in Seattle. The Amazon CEO spent to entire car ride “tapping out a business plan on his computer along the way” and “calling prospective investors on a cell phone.”