Reserve Bank governor Philip Lowe has given the strongest indication yet that buy now, pay later providers will be able to continue to insist merchants do not pass their costs on to customers, at least in the medium-term.

Dr Lowe said the stance was in recognition of the innovation the instalment products brings to customers and the relatively small overall volume transacted compared to existing payment methods.

In a speech to the AusPayNet event that is positive for Afterpay, Dr Lowe said after examining the “no surcharge” restrictions on merchants during the bank’s payments regulation review, “the board’s preliminary view is that the BNPL [buy now, pay later] operators in Australia have not yet reached the point where it is clear that the costs arising from the no-surcharge rule outweigh the potential benefits in terms of innovation”.

Buy now, pay later critics and investment bank UBS, which has a sell on Afterpay connected to the issue, have pointed to the potential for the RBA to insist merchants are able to pass though the cost of the instalment payments to customers should they wish – just as they can for credit cards – as being a key risk for Afterpay’s growth outlook.

Such a move would undermine the fintech’s central claim that customers only pay if they are late with repayments; the rest of the cost of its service is paid for by merchants. (Other buy now, pay later operators have different models, including customers paying account fees.)

But Dr Lowe said on Monday morning the RBA would only regulate “when it is clear that doing so is in the public interest” and “the board is unlikely to conclude that the BNPL operators should be required to remove their no-surcharge rules right now”.

He noted that “even the largest BNPL providers still account for a small proportion of total consumer payments in Australia, notwithstanding their rapid growth”, while facilitating payments using virtual cards under designated card schemes are subject to the existing surcharging framework. Despite its rising popularity, buy now, pay later still only accounts for around 1 per cent of total payment volume.

In a wide-ranging speech on the fast-moving and complex payments landscape, Dr Lowe also revealed the RBA is working with the Swiss regulators on regulation of the cryptocurrency Libra (rebranded as Diem last week) and said the use of digital wallets including those offered by big tech will continue to grow.

The governor pointed to competitive forces in the buy now, pay later market as influences on pricing. Analysts have been pointing out that Afterpay faces fierce competition from the likes of PayPal, which launched a ‘pay in 4’ product in September with fees around half of Afterpay’s, and Dr Lowe referred to “the increasing array of BNPL providers is resulting in competitive pressure that could put downward pressure on merchant costs”.

Over the longer term, the no surcharge rules might need to be reconsidered, Dr Lowe said. “The [payments system] board expects that over time a public policy case is likely to emerge for the removal of the no-surcharge rules in at least some BNPL arrangements,” he said.

But when this happened, the RBA would prefer to address it with bilateral discussion with industry participants in an attempt to reach a voluntary agreement. Then there would be government engagement, rather than blanket regulatory directives. This was similar to the approach the RBA has adopted with American Express and PayPal.

The RBA’s light-touch position comes after the Australian Securities and Investments Commission delivered a benign report on buy now, pay later in November, backing industry self-regulation over requirements of the credit act, which doesn’t apply to operates because they do not charge interest.

It also follows a Senate select committee on financial technology warning both ASIC and the RBA that policy is a matter for Canberra and innovation in the market should not be unduly restricted by regulators.

Afterpay told the RBA review that it should not be considered a payments system but a platform that refers customers to retailers at a lower cost than leads by Google.

Dr Lowe’s speech also addressed a host of other issues in payments, including the growth of fintech in China and global competition regulators’ responses on emerging market power issues.

These include the Europe Union’s investigation into Apple for restricting access to its near-field communication chip, an issue the RBA is “watching closely”. It’s the same issue the banks fought Apple on in the Federal Court but lost.

Dr Lowe said he welcomed the government accepting the Council of Financial Regulator’s recent recommendations relating to regulation of digital wallets, which will see APRA take over and require liquid assets to be held to back fiat currencies storied by non-banks.

With Treasury currently reviewing the regulatory architecture for payments – including assessing whether the RBA remains the most appropriate regulator – Dr Lowe pledged to adapt the way it regulates to respond to rapid technological developments, which will result in more tech companies coming under its remit.

“In some cases it is now better to think of a payments ecosystem, rather than a payments system,” he said.

“In this ecosystem, the payment chains can be longer and there are more entities involved and new technologies used. This more complex and dynamic environment is opening up new opportunities for innovation as well as new competition issues to consider.”

On the stablecoin that has been created by Facebook and other technology companies to allow payments inside applications without reverting to traditional banking networks, Dr Lowe said the Swiss regulator FINMA “has indicated that Diem will be subject to the principle of ‘same risks, same rules’ – that is, if Diem poses bank-like risks it will be subject to bank-like regulatory requirements. It remains to be seen how this and other similar initiatives progress.” Diem said last week it is preparing for launch.

Dr Lowe said the RBA does not see a strong case for a significant revision of the interchange framework in Australia.

On expectations for improved service delivery by banks, he said the RBA expects to see a faster move to electronic invoicing, and the ability to link e-invoices to payments as a way to improve the efficiency of business processes. Data can be moved with money over the new payments platform.

It also wants “improvements to the speed, cost and transparency of cross-border retail payments and international money transfers”.

Digital wallets will continue to grow and there will be more payments being done in apps, the governor said. He highlighted the challenges of data policy, with Google offering free payments in its payments app while it takes use data, in contrast with Apple that de-identifies the data but charges banks to use the wallet.

“Data analysis is part of their DNA and they have become increasingly effective at commercialising the value of data they collect and analyse. Providing additional services, such as payments, also reduces the need for users to ‘leave’ the platform,” he said.

The RBA is pleased with progress on least-cost routing, which allows merchants to switch payments to the lowest cost network. Slow movement by the major banks had create competitive openings for other players, which led to some innovation, Dr Lowe said. “The major banks now also all offer least-cost routing, with some making it the default offering for small and medium-sized businesses. So there has been significant progress. The Board is not convinced that a better outcome would have been achieved through regulation.” 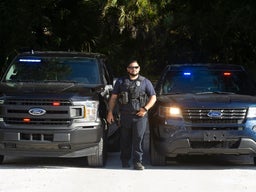