The bill is expected to be approved next month by the lower House of Representatives where the conservative government of Prime Minister Tony Abbott has a majority.

It comes after Abbott axed a tax on greenhouse gas emissions introduced by the previous Labour administration, fulfilling a central pledge from last year’s elections.

“We have delivered on our promise to implement an emissions reduction fund to ensure that there is real and practical action to achieve our emissions goals and targets without a carbon tax,” Environment Minister Greg Hunt told reporters.

China and the United States are the biggest greenhouse gas polluters, according to a report by international scientists issued last month, but Australia’s output is considered high per capita.

The Aus$2.55 billion (US$2.25 billion) Emissions Reduction Fund is part of the government’s plan to meet its emissions reduction target of five per cent below 2000 levels by 2020.

Under the plan, competitive auctions will be held, with the government entering into contracts to buy emissions reductions from successful bidders at the lowest cost, Hunt said.

He added that the emissions reductions would be “real and significant” as payments would only be made when the pollution cuts occur.

But the Labour opposition leader Bill Shorten criticised the scheme, describing it as “paying big polluters to keep polluting, which is terrible policy”.

“In terms of ‘Direct Action’, Labour just doesn’t believe it is the right way to go. We believe in trusting the marketplace to set the price signal,” Shorten said Friday.

The policy has also been slammed by the Greens party, with leader Christine Milne saying there was “no modelling or any evidence to suggest it will do anything at all to reduce pollution”.

The plan passed with the backing of the Palmer United Party. As part of the government’s deal with mining magnate Clive Palmer’s party, Hunt agreed to keep the Climate Change Authority (CCA) and set up a three-stage, 18-month inquiry into an emissions trading scheme (ETS).

The government had been planning to abolish the CCA, an independent climate change agency set up by the previous government.

The University of Queensland’s John Quiggin, a CCA member and economics professor, welcomed the inquiry into an ETS.

“The overwhelming view of economists is that a price-based measure such as an ETS is a critical component of a carbon mitigation policy,” Quiggin said.

Although the government rejected setting aside some of the fund to purchase international carbon credits, environmental economist Caroline Sullivan said similar offset schemes within Australia should be considered.

Carbon offset schemes allow individuals or firms a way to reduce their carbon footprint by investing in projects that absorb greenhouse gases.

“This relatively large sum of money (from the fund) can not only help to motivate carbon reductions from large emitters, but could also provide a hugely important — and much needed — economic stimulus for rural and regional Australia,” Sullivan, from Southern Cross University, said. 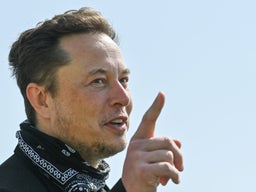