Ireland's national airline just completed giving its planes and staff uniforms a completely new look. Take a look at before and after. 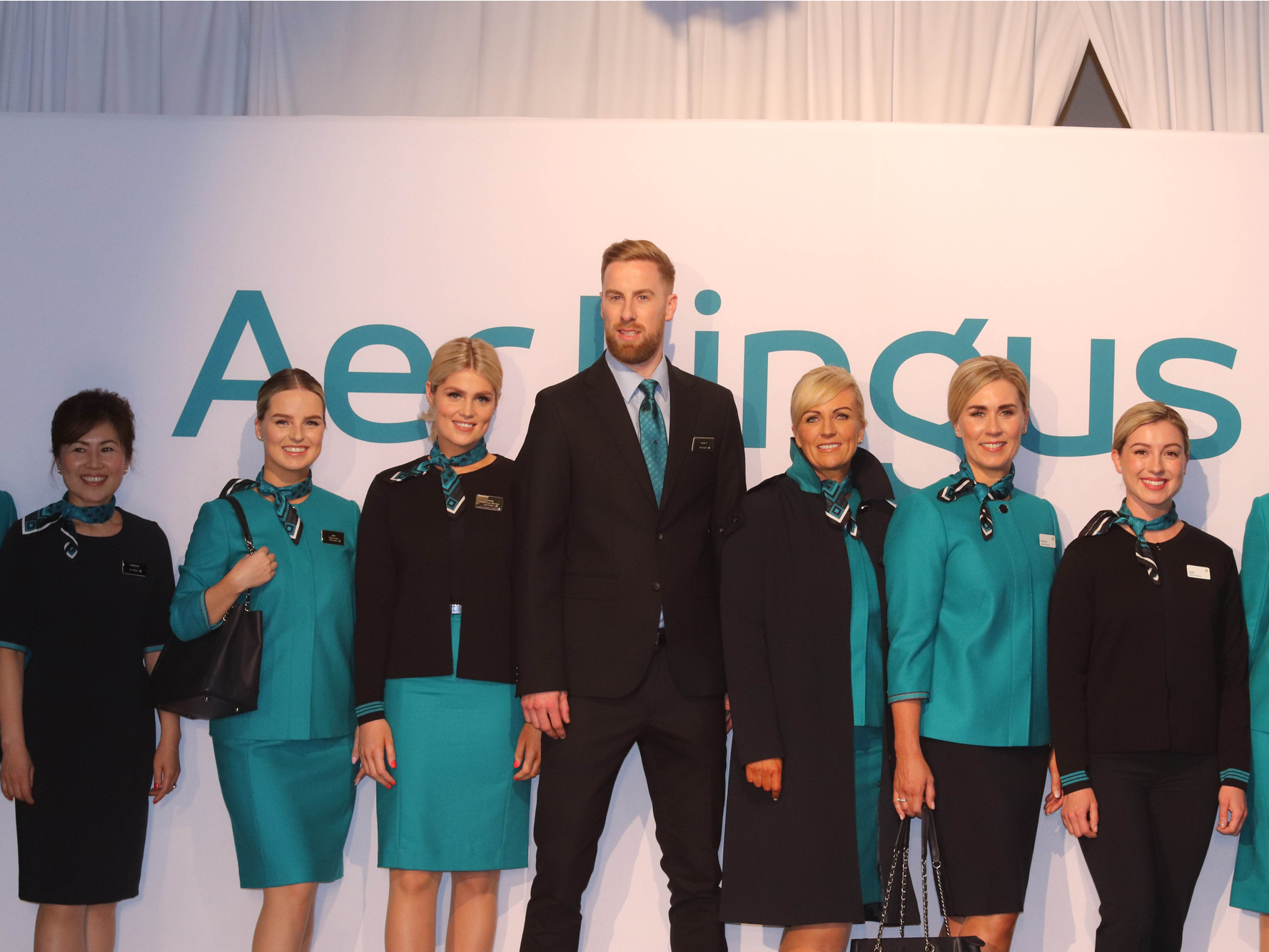 Irish flag carrier Aer Lingus debuted the final stage in a brand refresh aimed at giving the airline a new look as it continues to expand into a major European player.

The marketing campaign began with a new livery for its aircraft in 2018 that saw the airline reimagine its iconic shamrock emblem and incorporate a modern paint style in line with the global airlines in Europe that it seeks to compete with.

While the current market for the Dublin-based carrier is travellers heading to and from its island homeland, Aer Lingus wants to also expand Dublin Airport into a European transit hub comparable to London, Paris, and Frankfurt. The rebranding, along with a new aircraft type and route expansion, is aiming to give it a new modern look to help achieve that goal.

As the initial stages of the rebranding were implemented, Irish designer Louise Kennedy worked on the customer-facing aspect of the endeavour, staff uniforms. Kennedy has worked on the airline’s previous uniforms, which went unchanged for over 20 years.

Take a look at the new Aer Lingus.

As Ireland’s flag carrier, Aer Lingus’ brand identity has always been associated with symbols of the country, including the shamrock and the colour green. 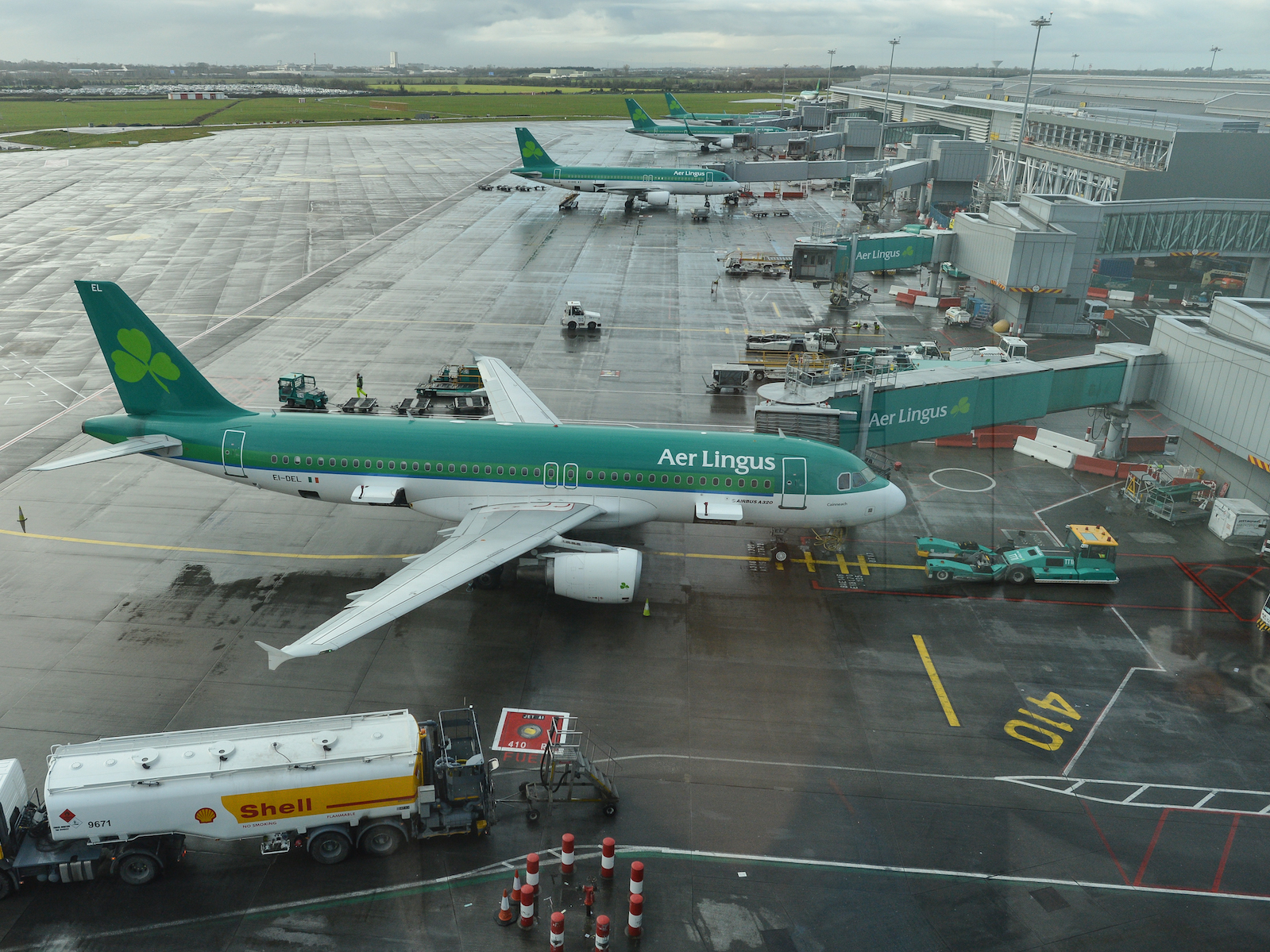 Aer Lingus’ aircraft are painted mostly in green with a shamrock on their tails, serving their homeland as unmistakable representations of Ireland for decades. The Irish-inspired style is also maintained inside the cabins of its aircraft, as well as with its crew uniforms. Though the branding was undoubtedly Irish, it became tired looking in a new decade that saw numerous high-profile rebrandings from airlines such as Lufthansa, Alitalia, and Iberia. And so began Aer Lingus’ rebranding effort. 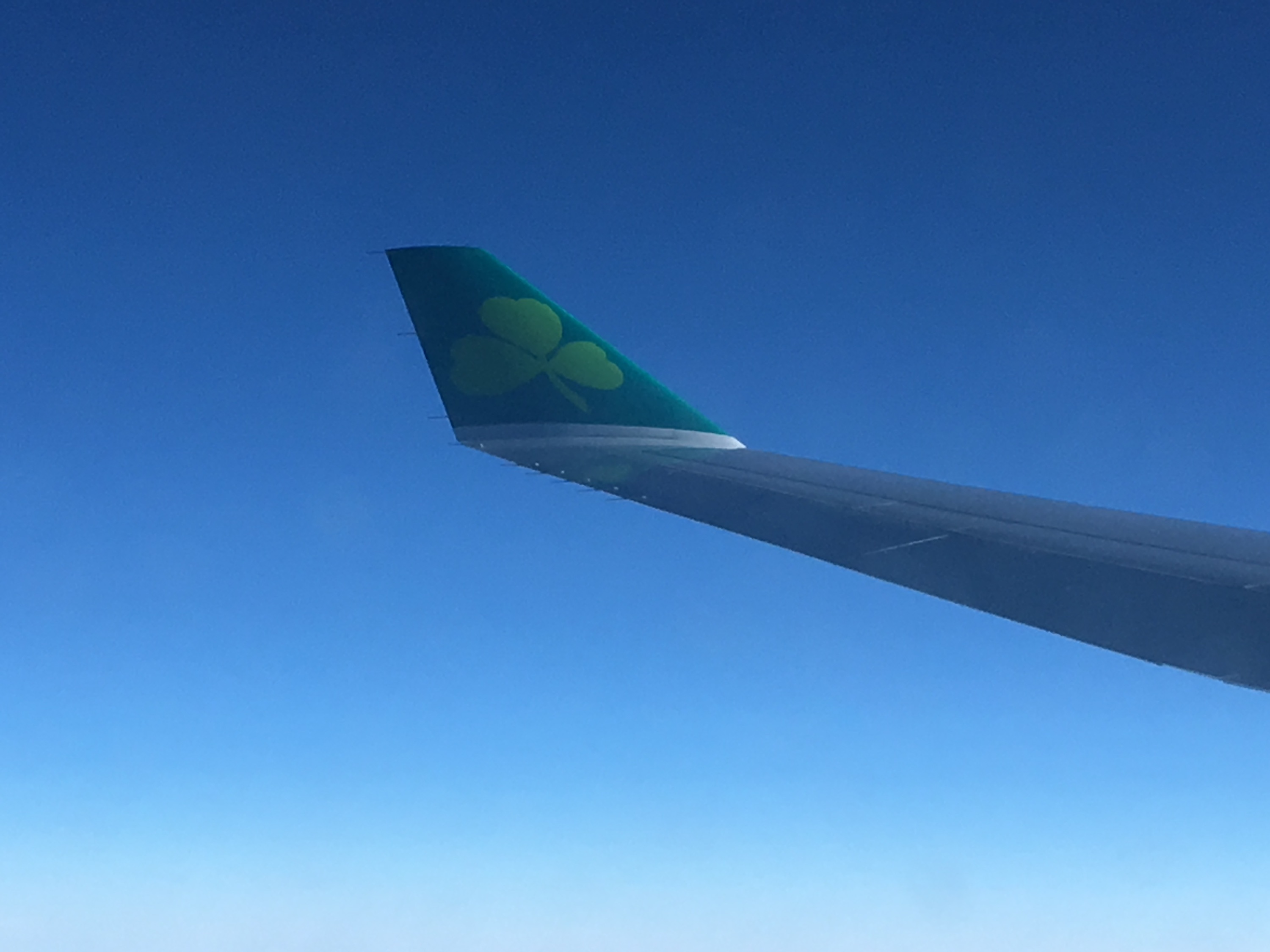 Benjamin Zhang/Business InsiderAer Lingus’ shamrock emblem on the wingtip of an Airbus A330.

The airline started with its aircraft, shifting from a majority green to a majority white livery, known in the industry as “Eurowhite.” Brian Lawless/PA Images/GettyAer Lingus’ new livery on an Airbus A330.

The iconic shamrock was kept and enhanced, making it more three-dimensional compared to its predecessor. Short-haul aircraft such as the Airbus A320 family went from looking like this,… 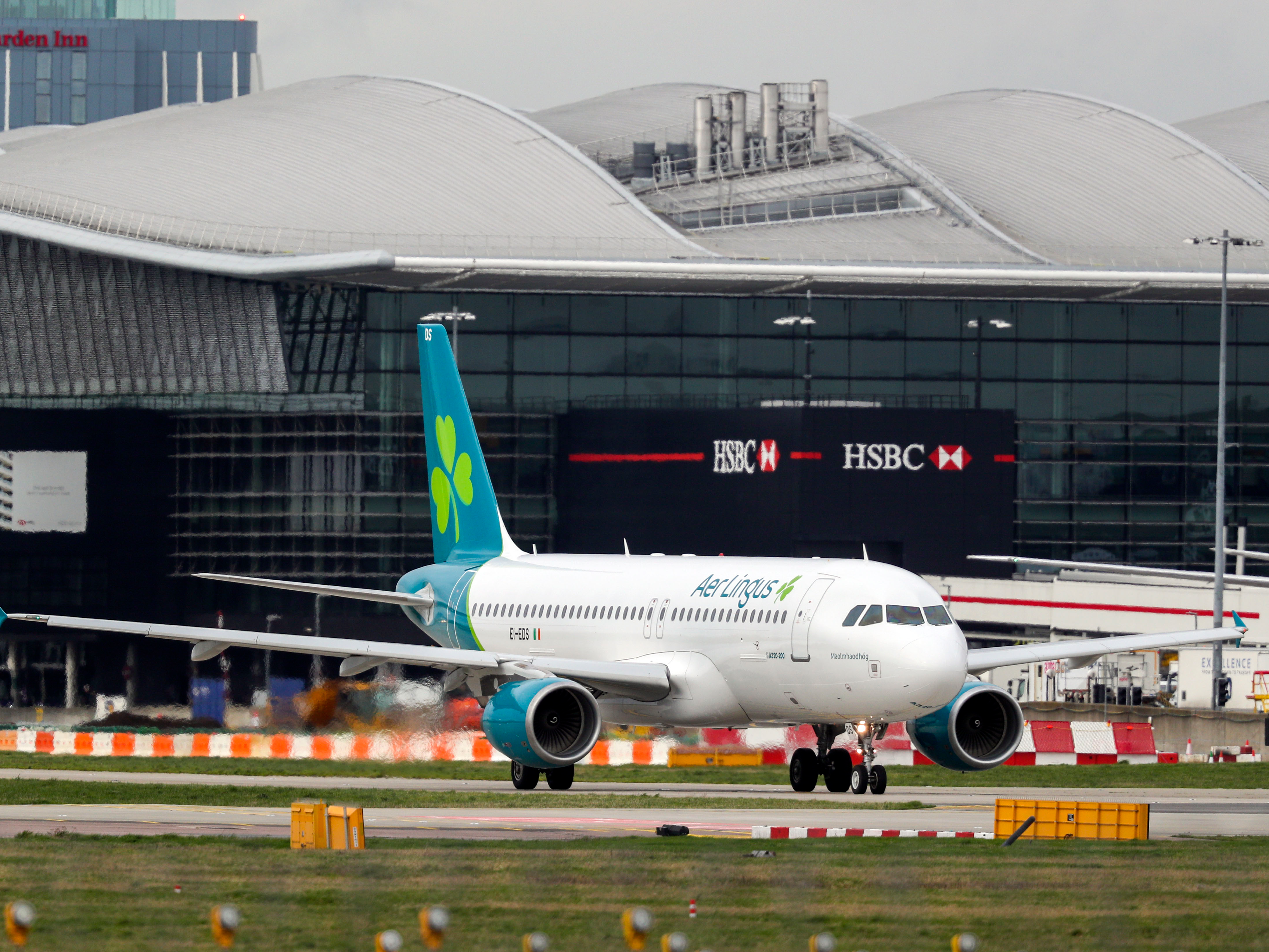 The final step in the rebranding would be its employee uniforms, recently debuted in February, a year after it unveiled its new livery. 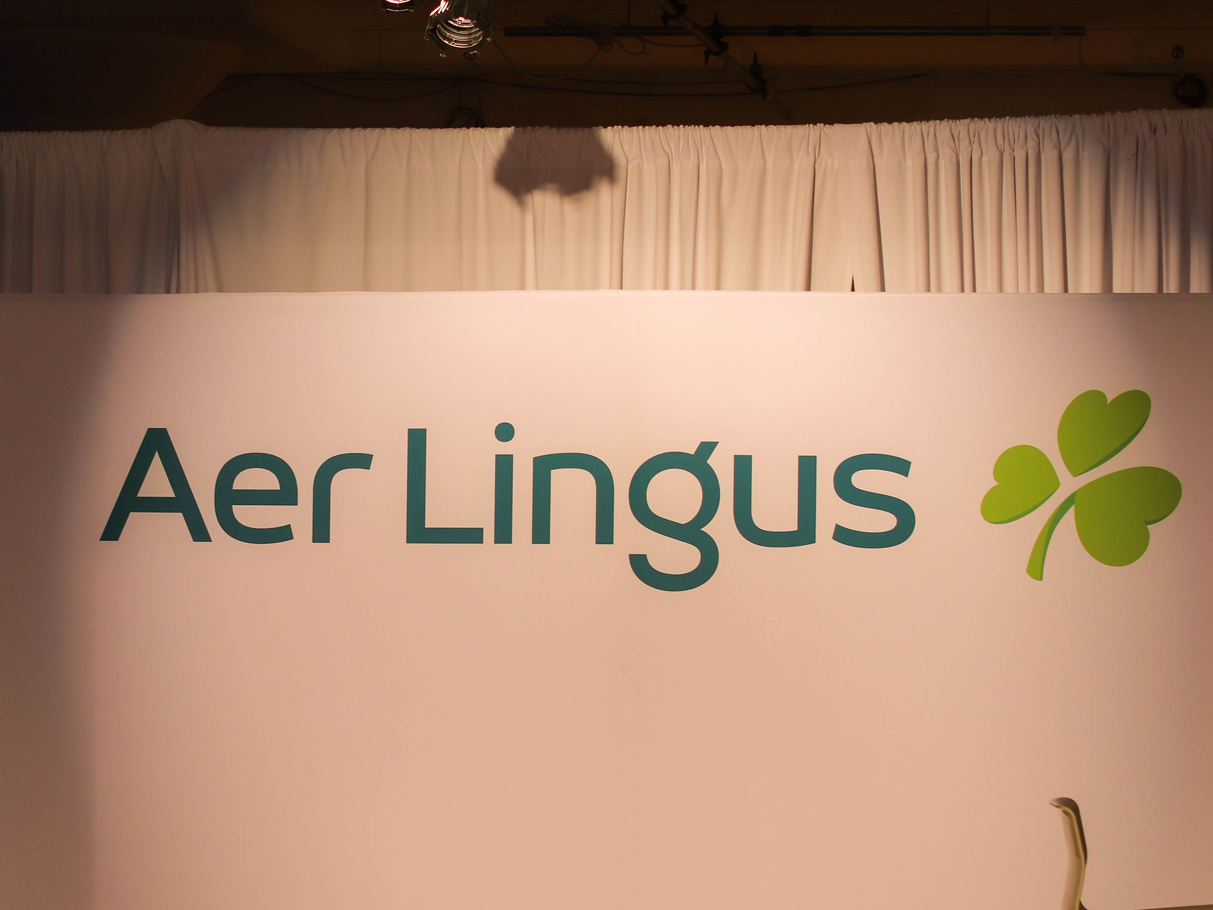 The new uniforms will be worn by customer-facing employees from in-flight crew to ground staff. 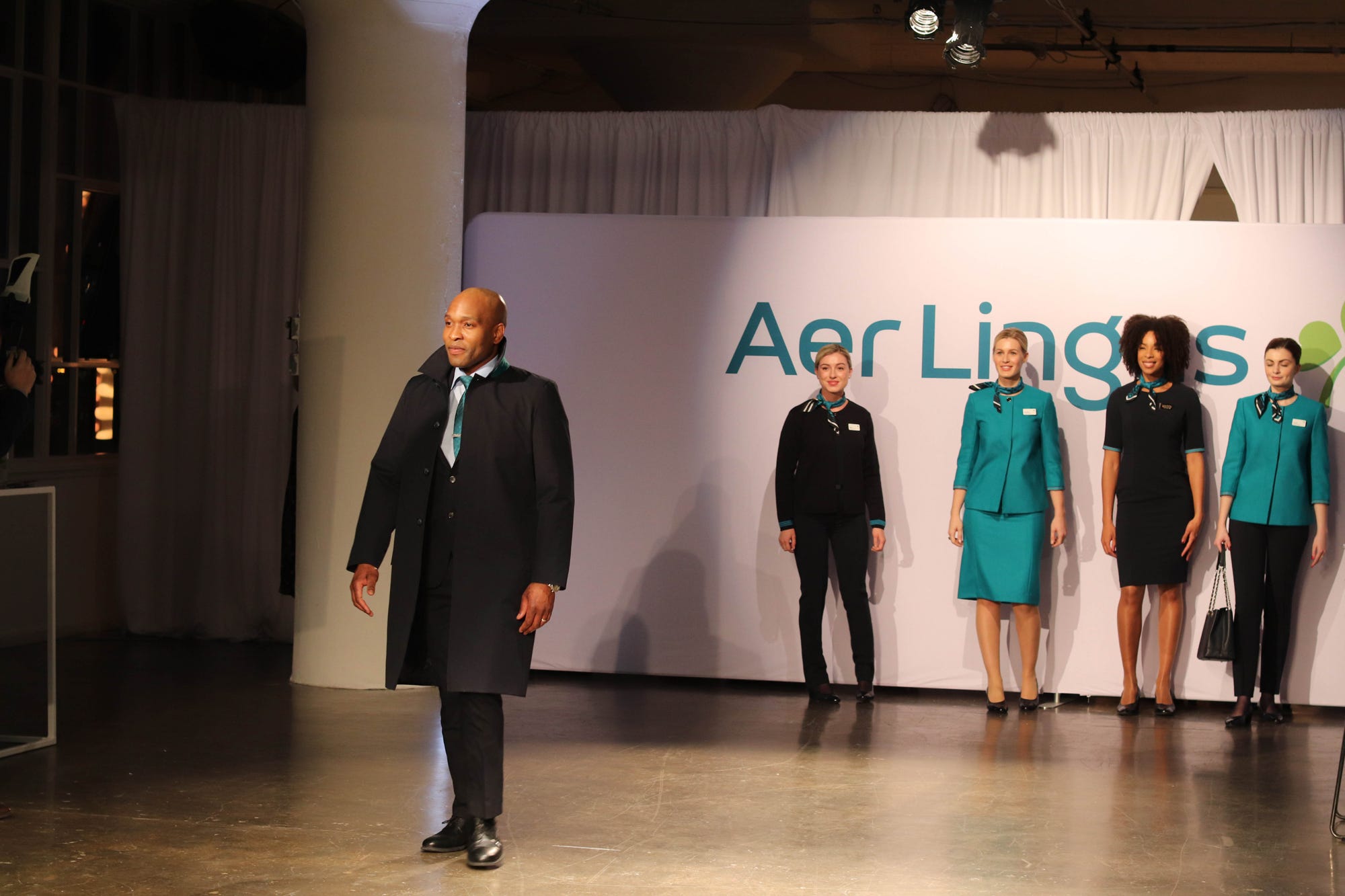 The male uniforms consist of new suit jackets, a highly-requested item, and coats. 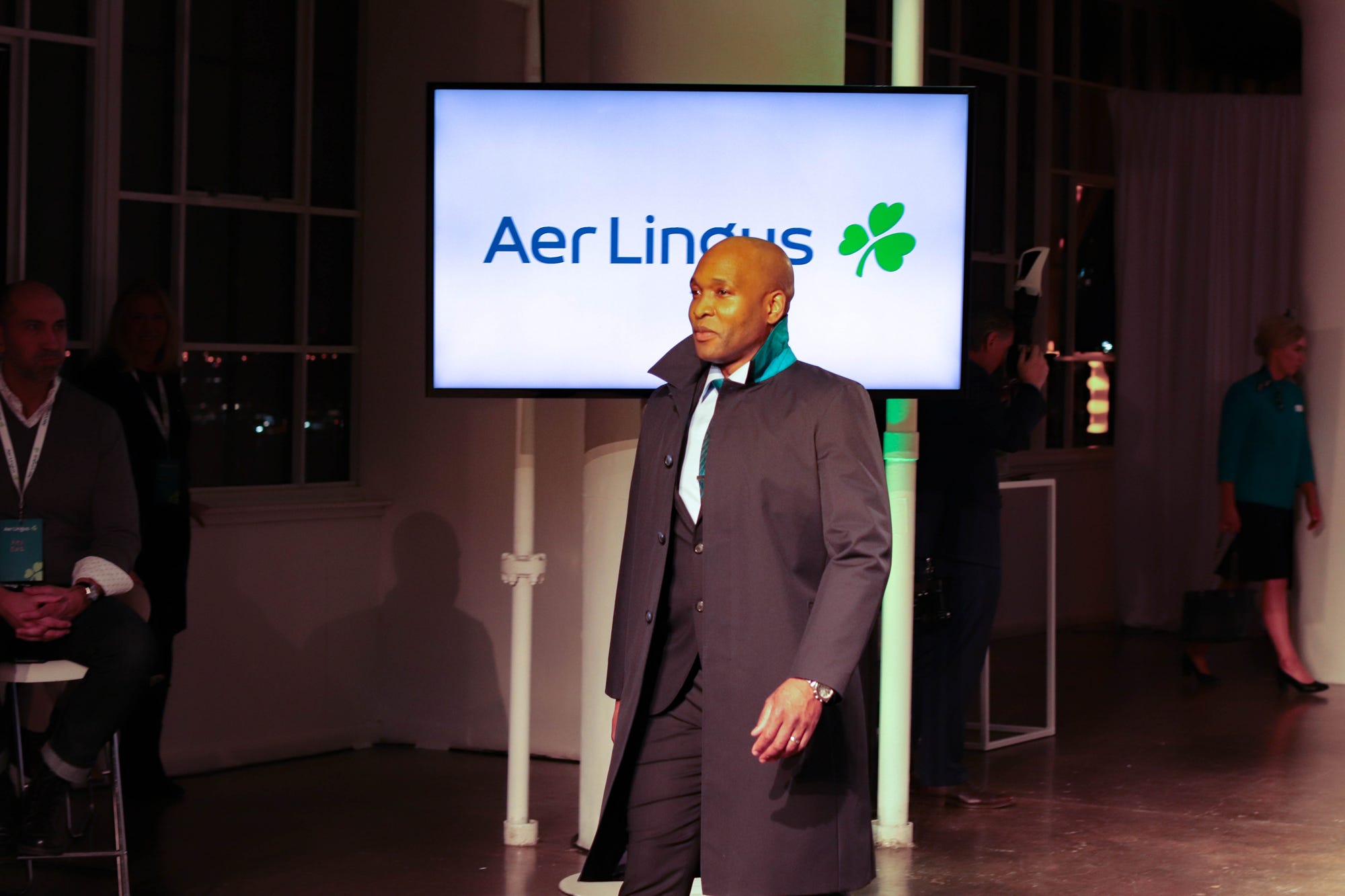 Female uniforms feature more green than their male counterparts, maintaining the heritage of the airline and its uniforms while enhancing them with a modern style. 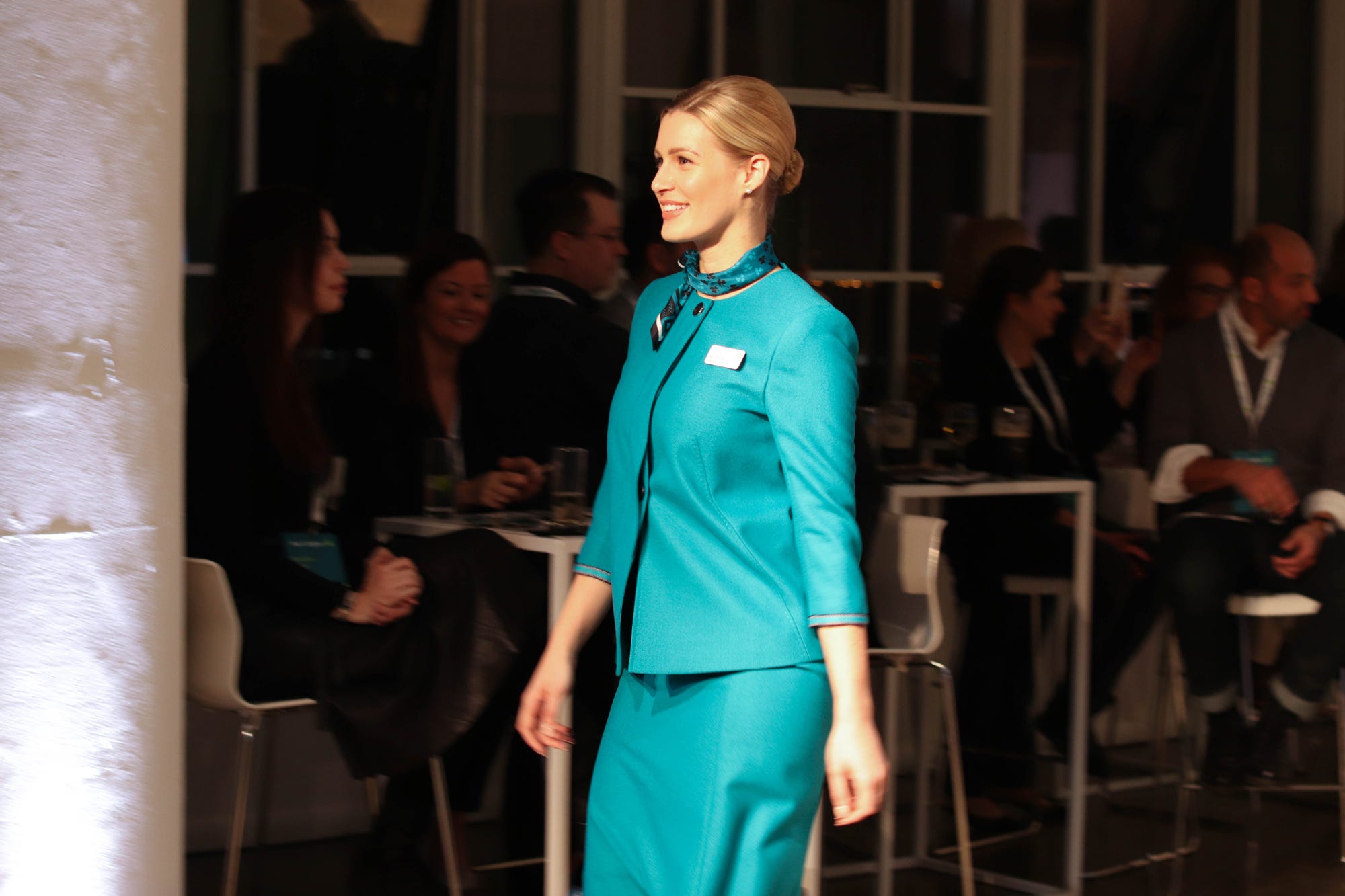 A highlight of the offering includes female trouser pants, which weren’t previously options for female staff. 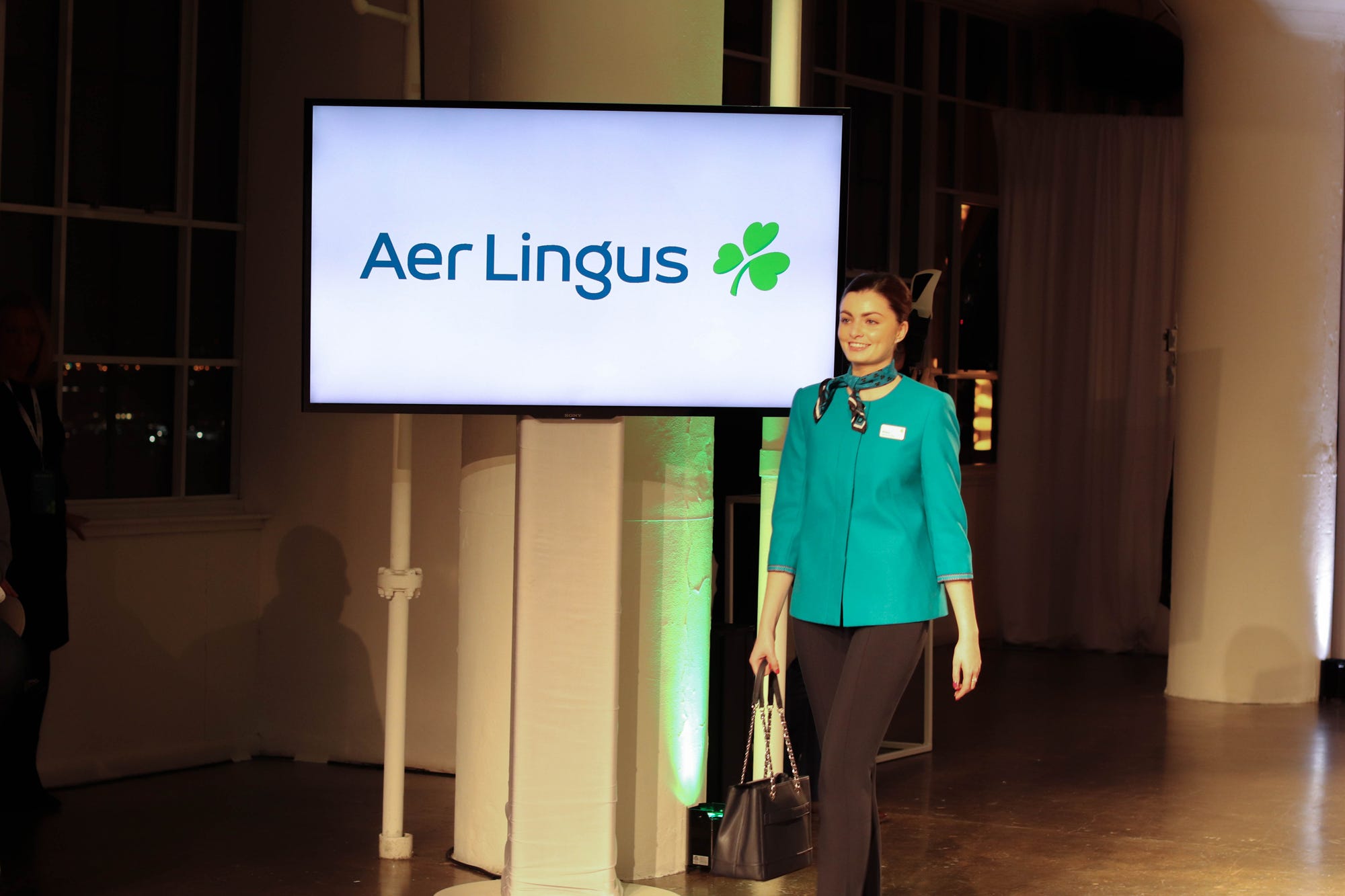 The pants will be a navy blue, named “midnight” by designer Louise Kennedy. 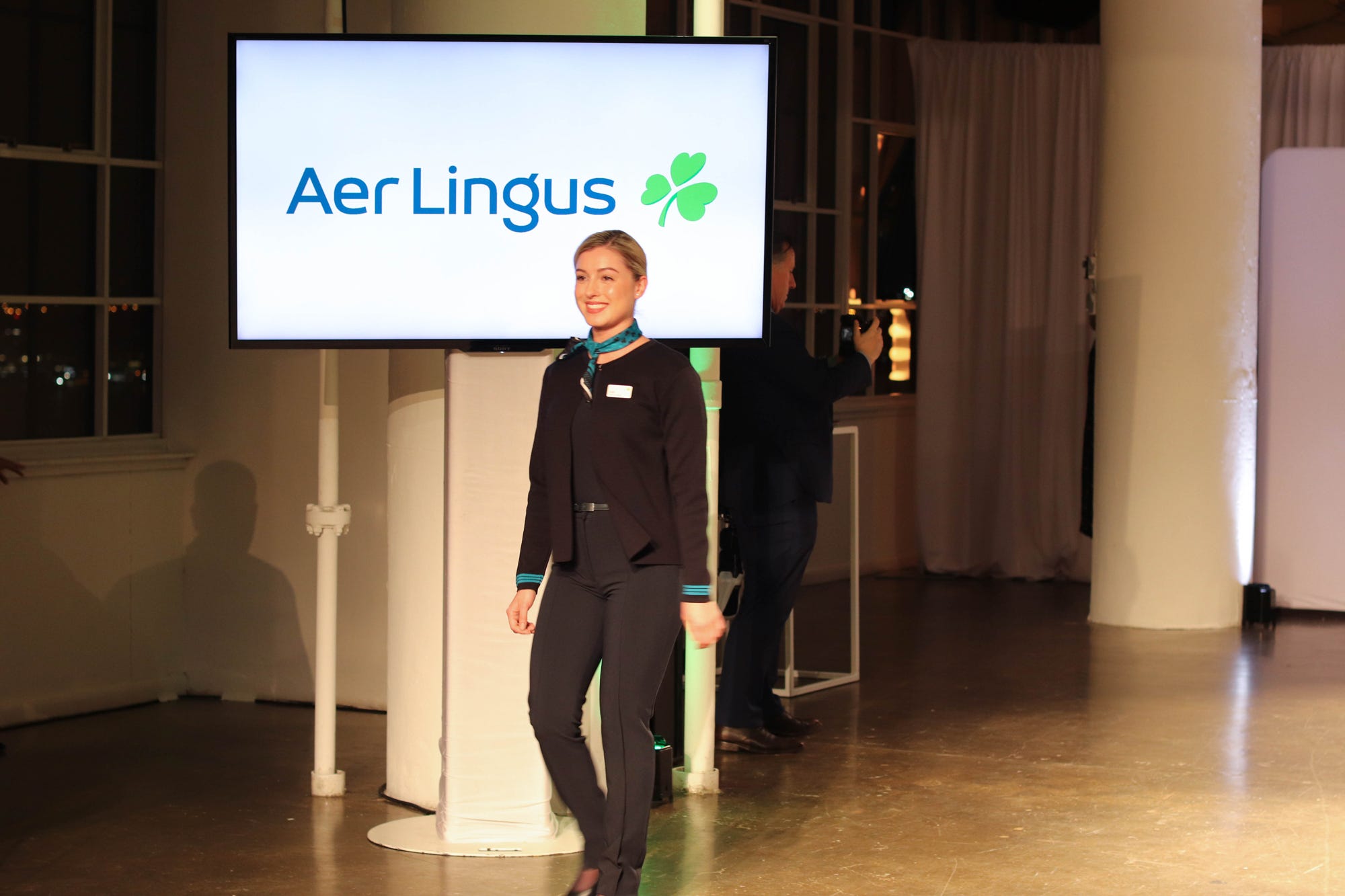 Though the option for a skirt is still available in either green, named “Kenmare Green,”… 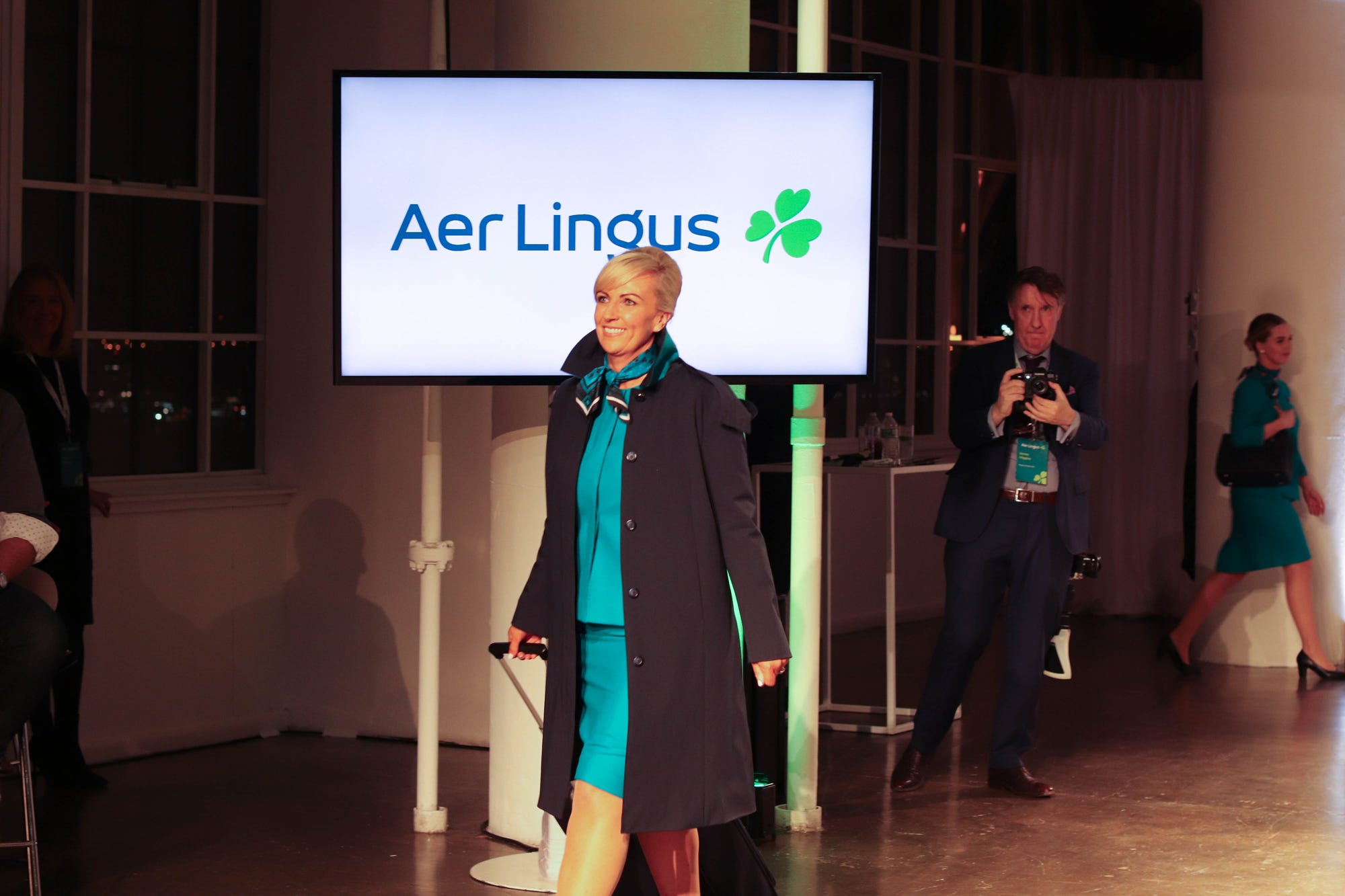 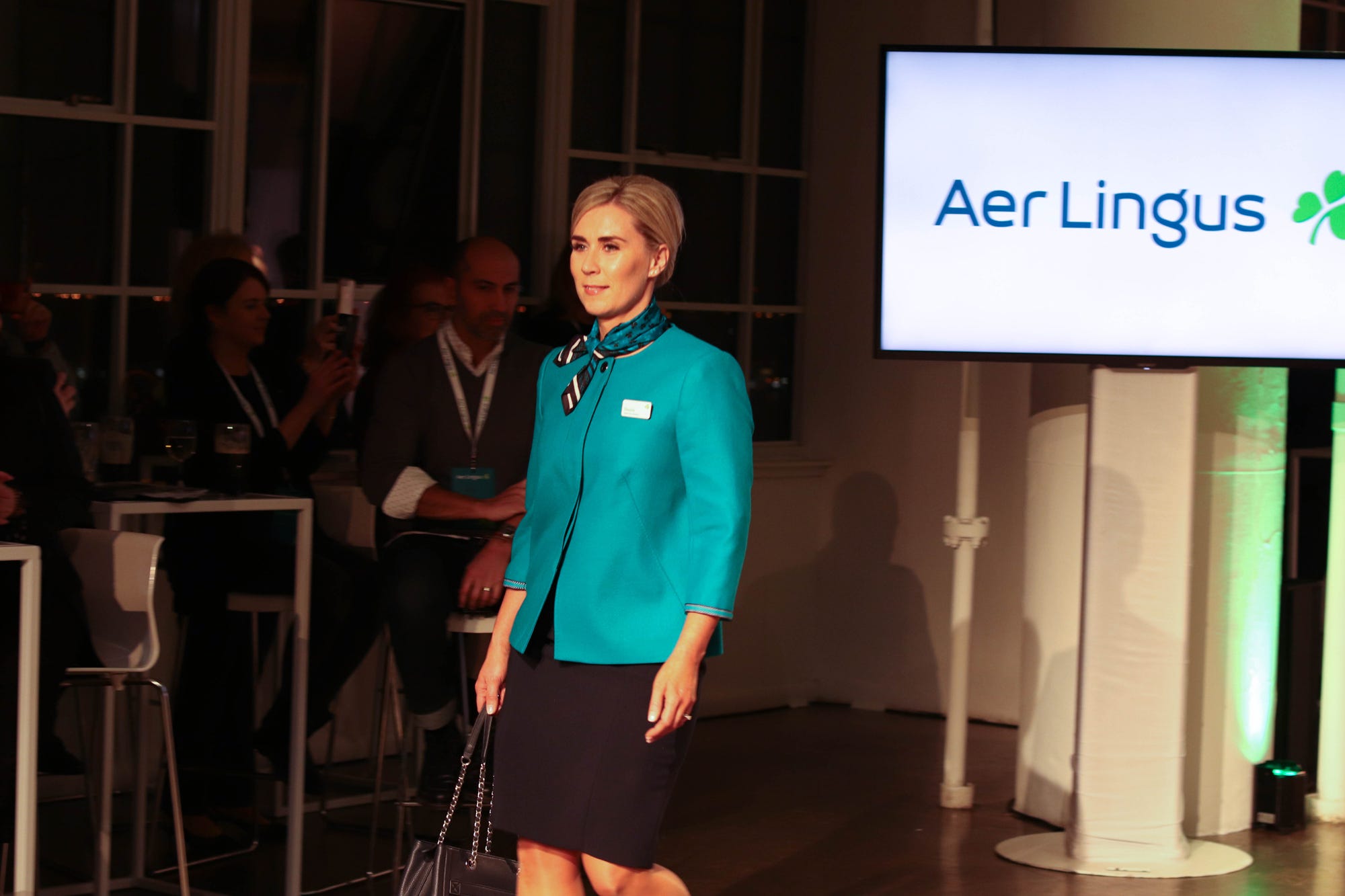 The new uniforms offer a greater amount of variety for Aer Lingus staff in terms of comfort and fashion. More so than the previous generation uniforms that appear stiffer and required female flight attendants to solely wear skirts. 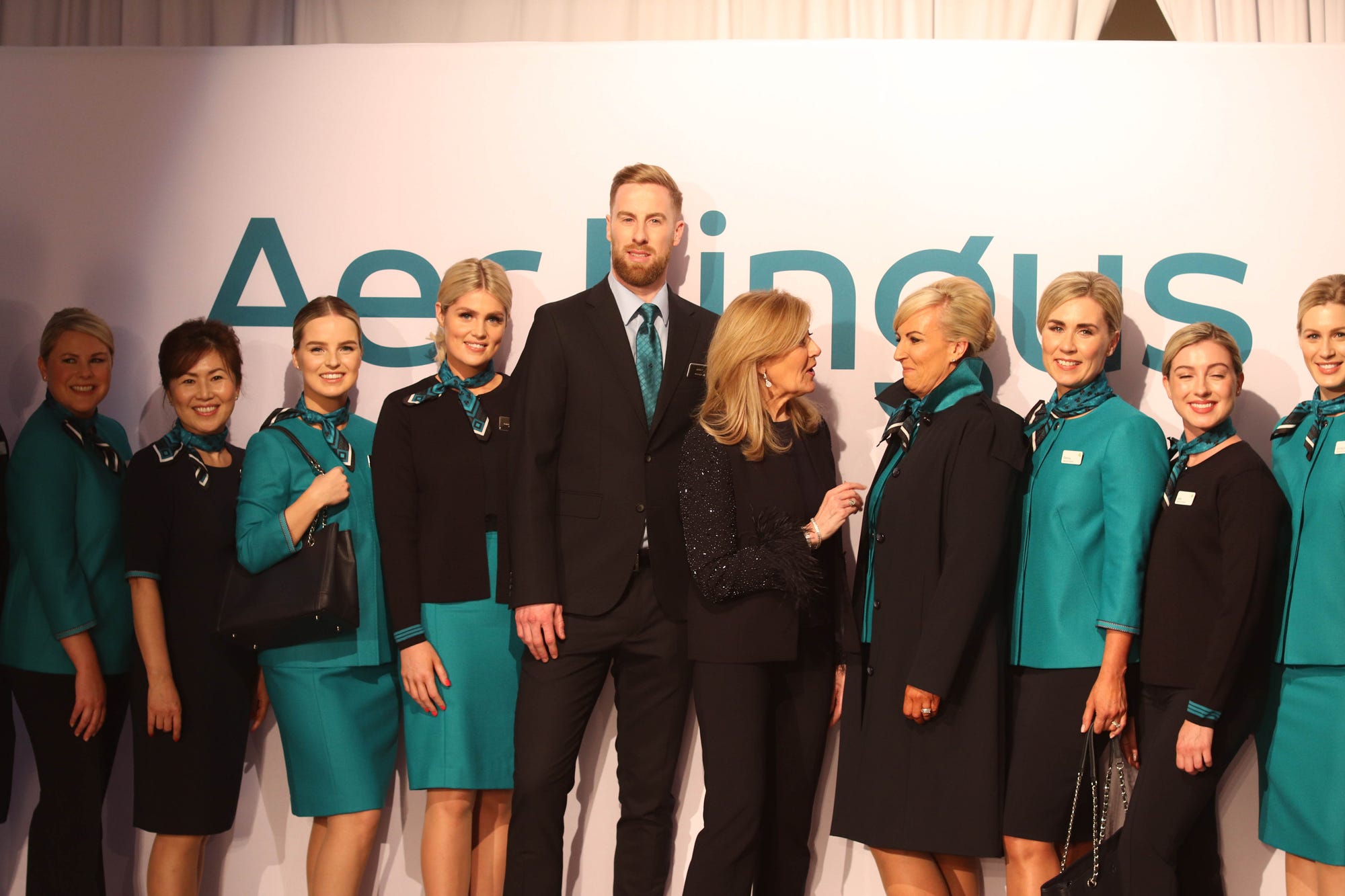 It’s the first uniform refresh for Irish airline since 1998. 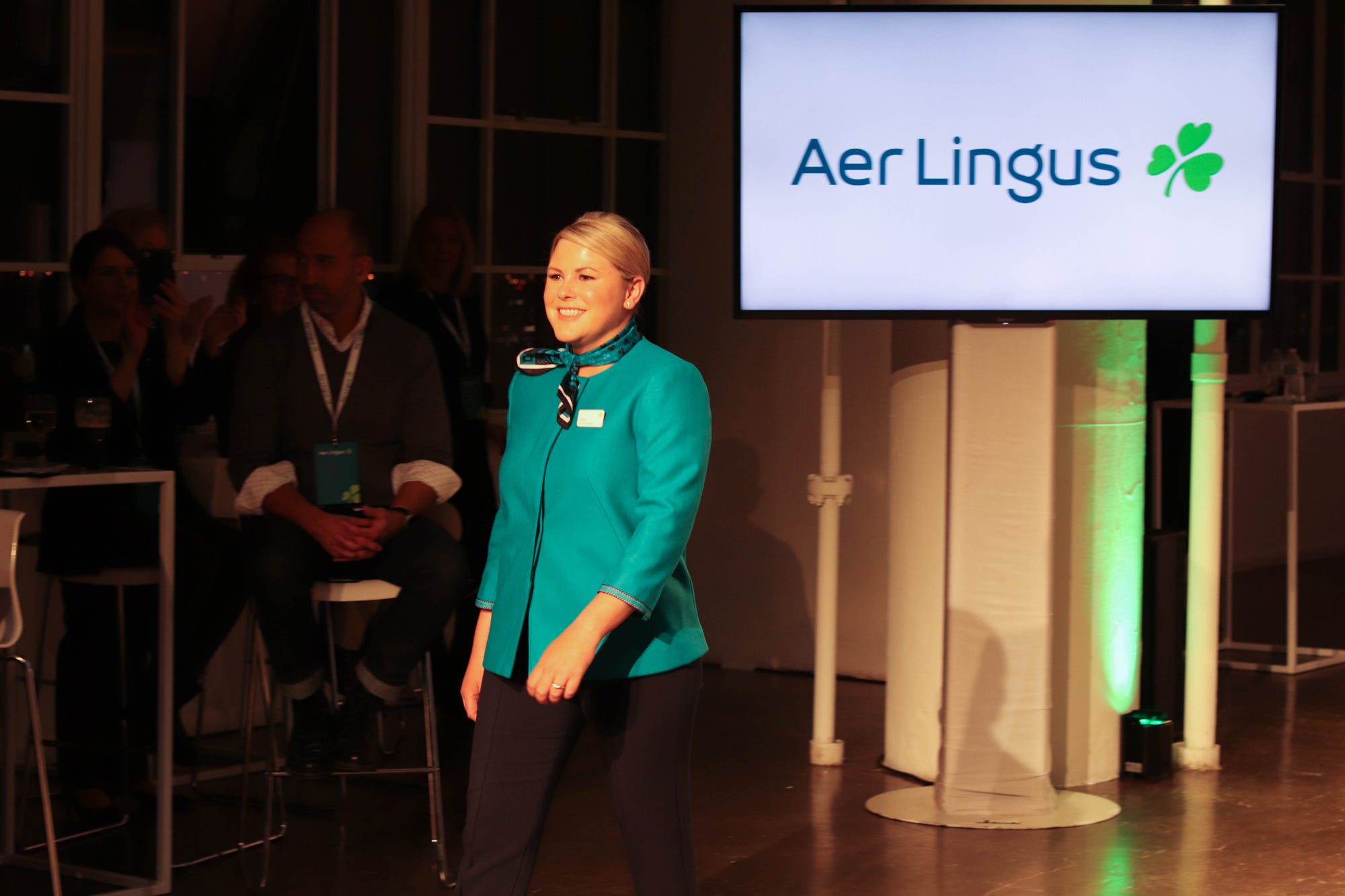 And will give its crew a modern look as Aer Lingus continues its expansion. 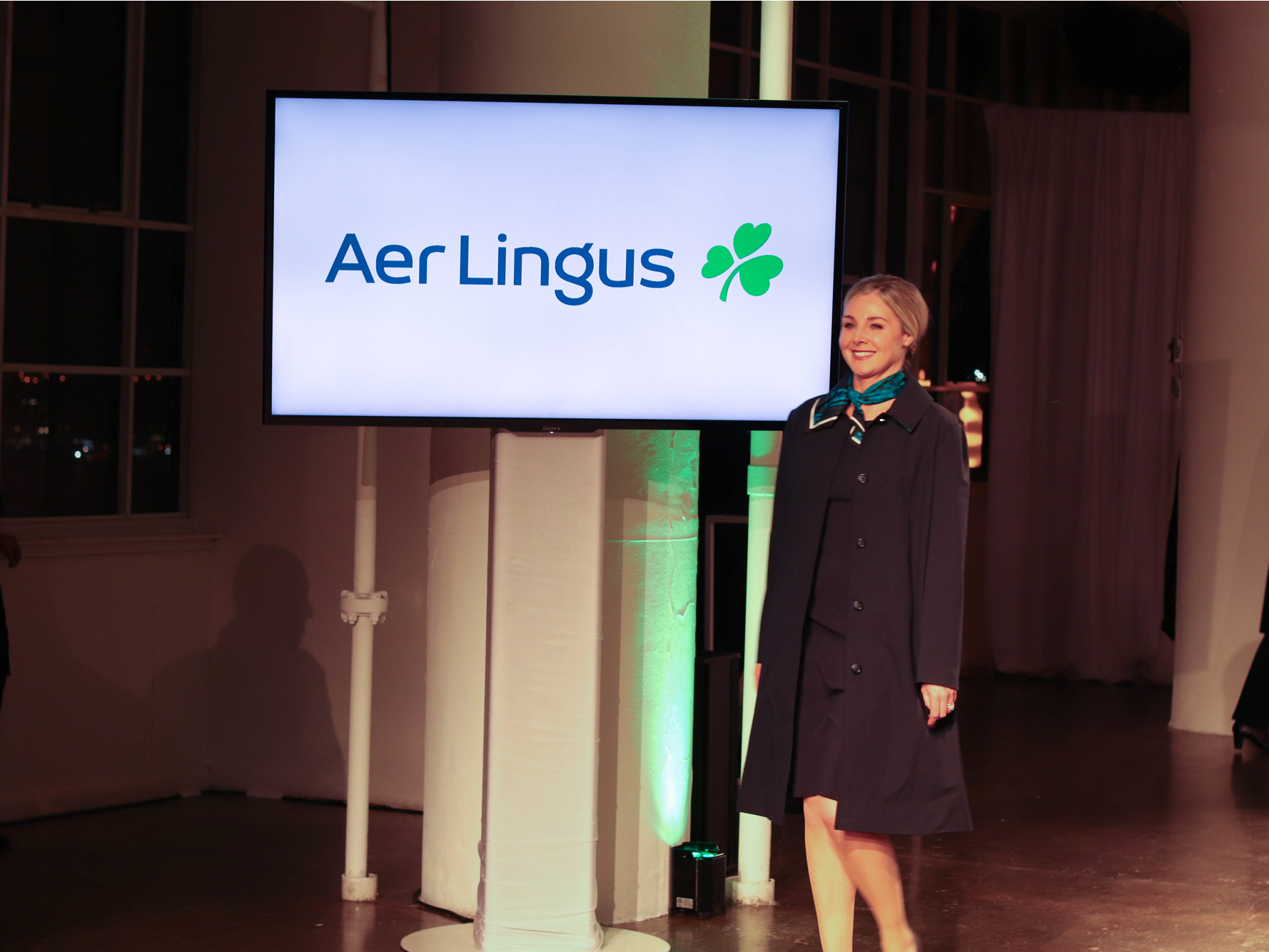 With the airline wanting to transform Dublin into a European transit hub similar to London, Paris, and Frankfurt, Aer Lingus will have to reinvent itself from Irish airline to major European player. 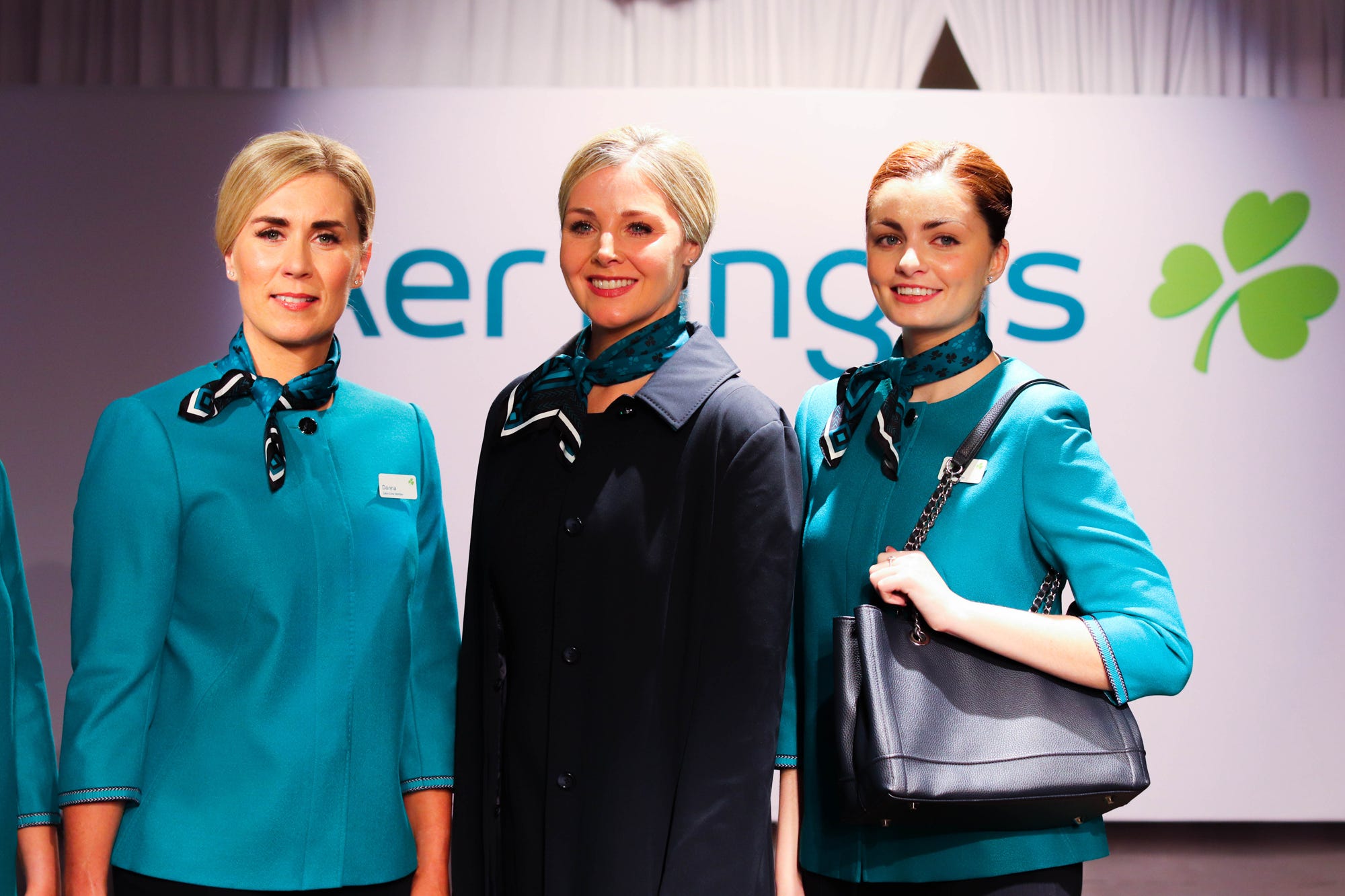 The airline is aiming to accomplish this by improving Dublin Airport, expanding North American routes and ordering new, efficient aircraft. 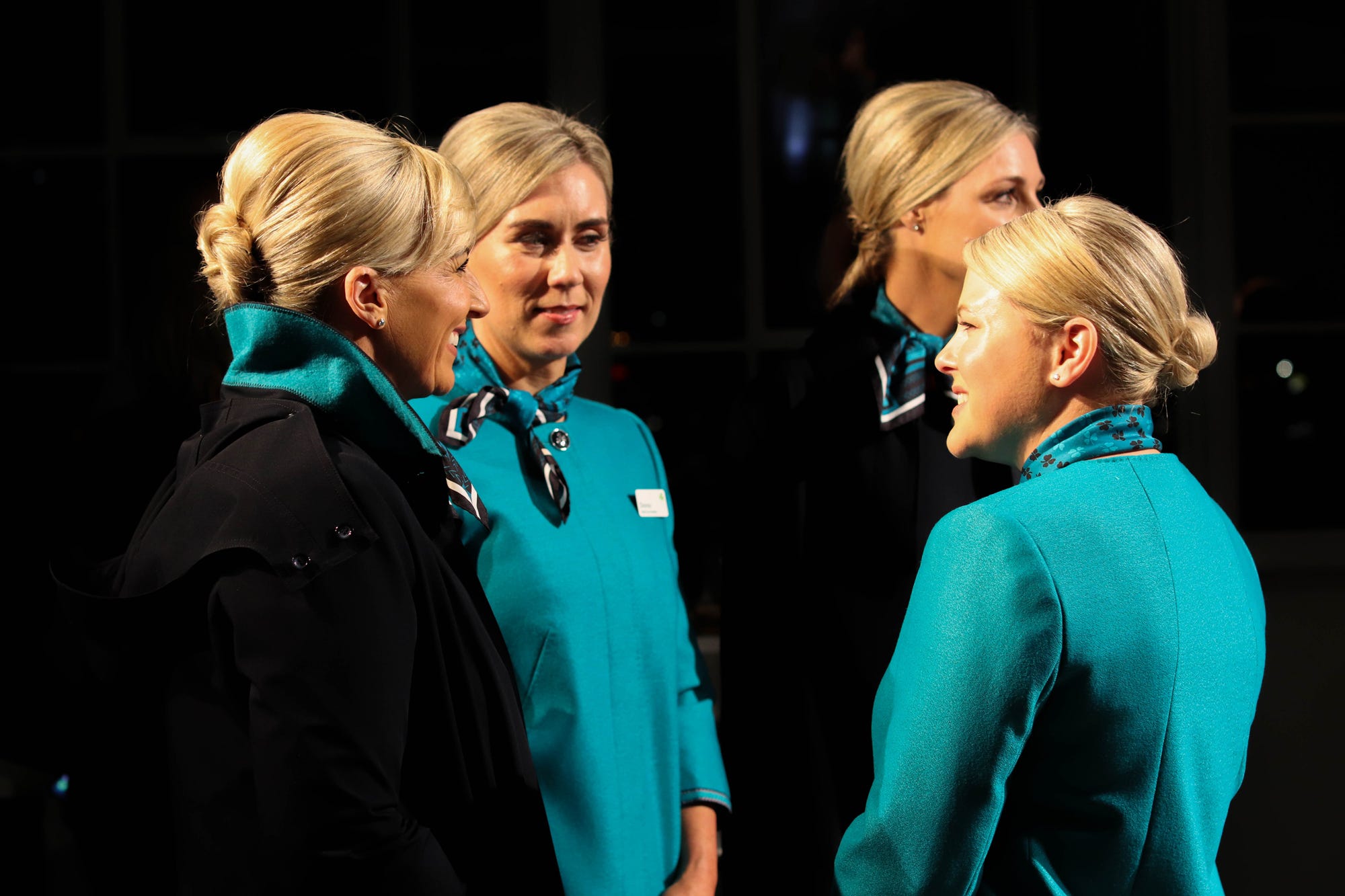 One of the key purchases made by the airline is the Airbus A321neoLR that’s able to fly long, thin routes between North America and Europe. The plane is currently flying on transatlantic routes like the one that connects Dublin and Hartford, Connecticut. Aer Lingus joins the likes of TAP Air Portugal and Azores Airlines, which are also trying to use geography and a new fleet of aircraft to transform their home bases into connecting hubs.

To transform the airline into a major player in Europe, however, will still require scores of new aircraft and routes in addition to a modern brand image to influence potential customers to take the Irish route to Europe over the dozen other potential options.