Several big TV advertisers have paused campaigns in response to the attempted US Capitol coup, sources at two of the top ad holding companies said.

Advertisers typically pull TV ads to avoid being seen running commercials that jar with horrifying news broadcasts, even though agencies have lately encouraged them not to avoid controversial topics. One of the holding companies said advertisers’ keyword lists had been updated to reflect the news events within an hour of the Capitol Building breach.

Advertisers are not just pulling from linear cable TV â€” some are also asking to pull their ads from social media and digital news sites, the source said. Twitter and Facebook, meanwhile, clamped down on President Trump’s accounts during the rioting.

One media agency source said a “majority of clients” were pausing TV and digital ads for the next 24-48 hours and that several also shifted late-night and early-morning buys to later in the month.

The historic turn of events, which involved pro-Trump protestors breaching Senate offices and brandishing guns and flags on the same day that the Georgia Senate votes confirmed two Democrats had won the Southern State, made for shocking TV viewing.

Officials at Fox News, CNN and MSNBC didn’t immediately respond for comment on whether they have also pulled commercial breaks.


Read more: Insiders at Fox News wonder what’s next as they try to acknowledge Biden’s victory without turning away Trump voters

The source said marketers are asking that their campaigns be paused while there’s reporting about violence at the Capitol. One advertiser has requested to stay off air until the weekend.

The news coverage also leaves a question mark over what will happen with brand campaigns set to air on inauguration day January 20. Advertisers that use patriotism in their messaging may miss the mark if the protests continue.

Some advertisers directly addressed the news. Citi’s outgoing British chief executive Michael Corbat issued a statement late Tuesday, saying: “I am disgusted by the actions of those who have stormed the US Capitol in an effort to disrupt the certification of the Electoral College, a process mandated by our Constitution as part of our practice of peaceful transitions of power between presidents.” He went on to say that he hoped that “people will be held accountable for their actions.”

Brett Bruen, a former diplomat for President Obama and the chief executive of consulting firm Global Situation Room told Insider his company is currently sharing protocols with clients for how to act during civil unrest.

Asked what brands should do in this situation, he said corporations shouldn’t stay quiet but “invest in initiatives that reinforce respect in the process.”

He added: “There isn’t a downside to publicly and aggressively coming out for unity and respect. We need strong voices to use the megaphone they have not just for marketing but for messaging the American story.” 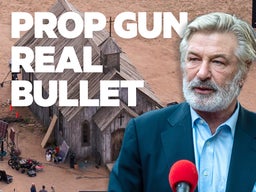