When it comes to “Harry Potter,” everybody knows the film’s leading trifecta: Daniel Radcliffe, Rupert Grint, and Emma Watson.

But what about the dozens of other witches, wizards, and muggles who graced the screen throughout the series? While you were watching Harry and his friends fight dragons and hunt horcruxes, these performances from veteran actors and youngsters just beginning their careers might have totally passed you by.

From cameo appearances from the cast of “Dancing With the Stars” to a member of the band Radiohead, here are 16 stars you might have missed in “Harry Potter.”

Amanda Luz Henning Santiago contributed to an earlier version of this post.

Alfred Enoch has come a long way since his days playing Dean Thomas in “Harry Potter.” 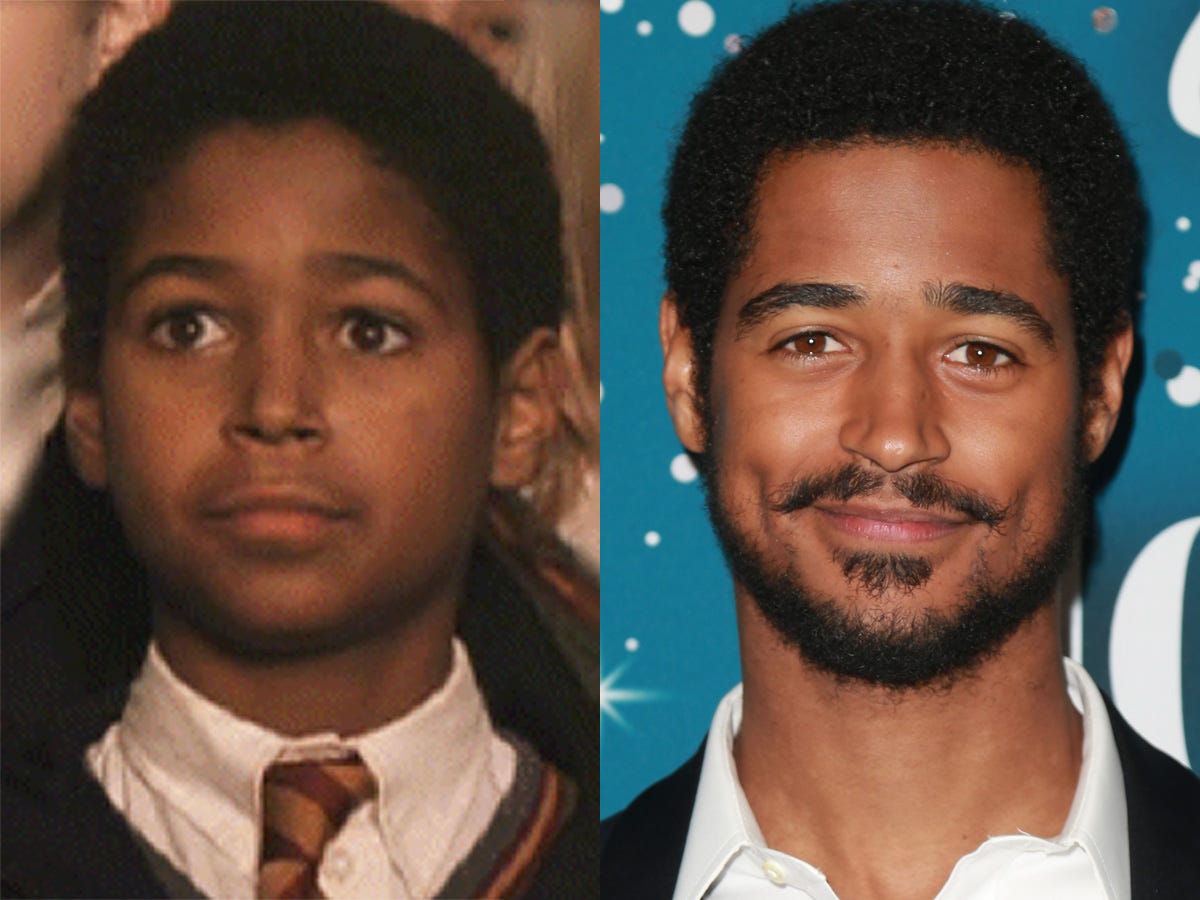 Enoch starred as law student Wes Gibbins on ABC’s “How to Get Away with Murder.” In recent years, he’s appeared on shows like “Troy: Fall of a City,” “Trust Me,” and “Sherlock.” 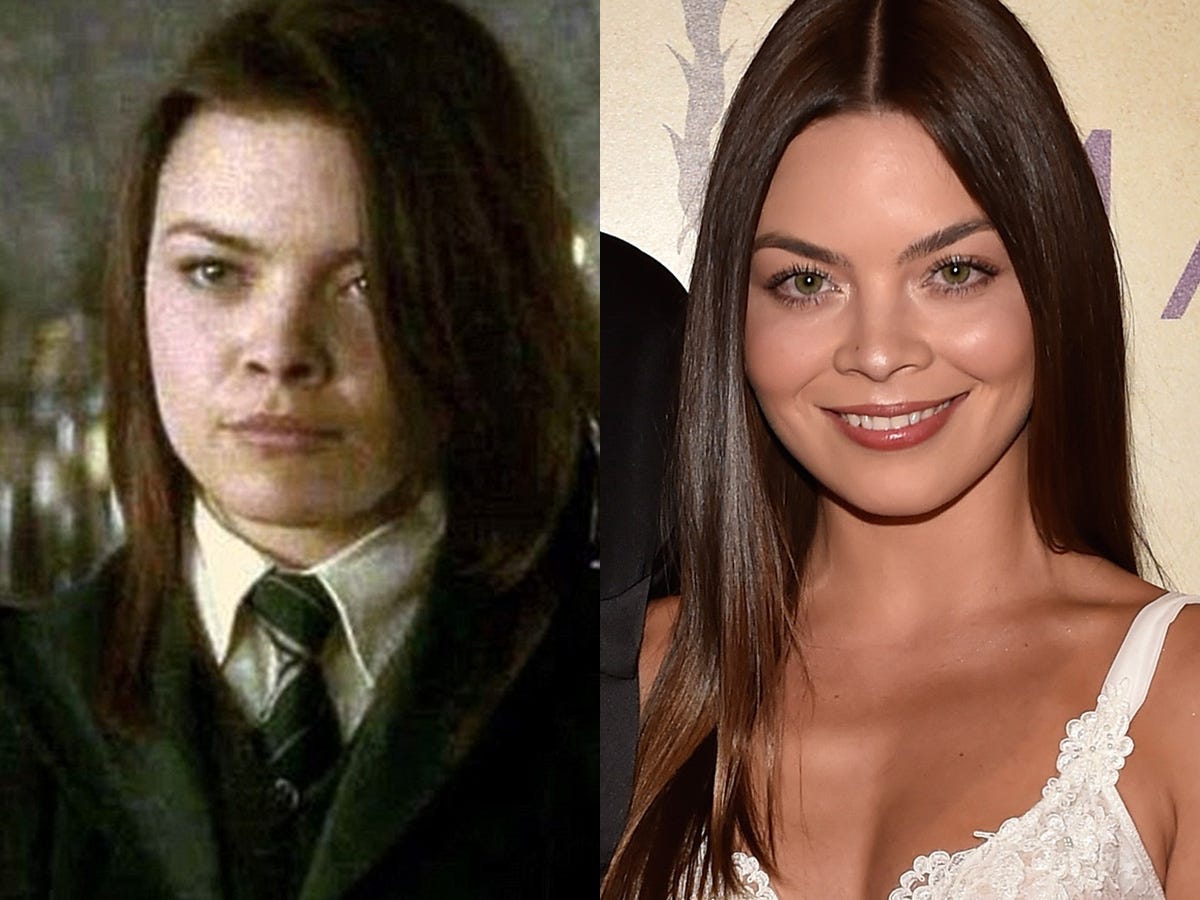 Warner Bros. and David Becker/Getty Images for PlayboyByrne appeared on one episode of the comedy series ‘Mary + Jane.’

Since then, she’s starred in a different magical world as Nora Hildegard on “The Vampire Diaries.”

Verne Troyer was the first of two actors to play Griphook the goblin in “Harry Potter.” 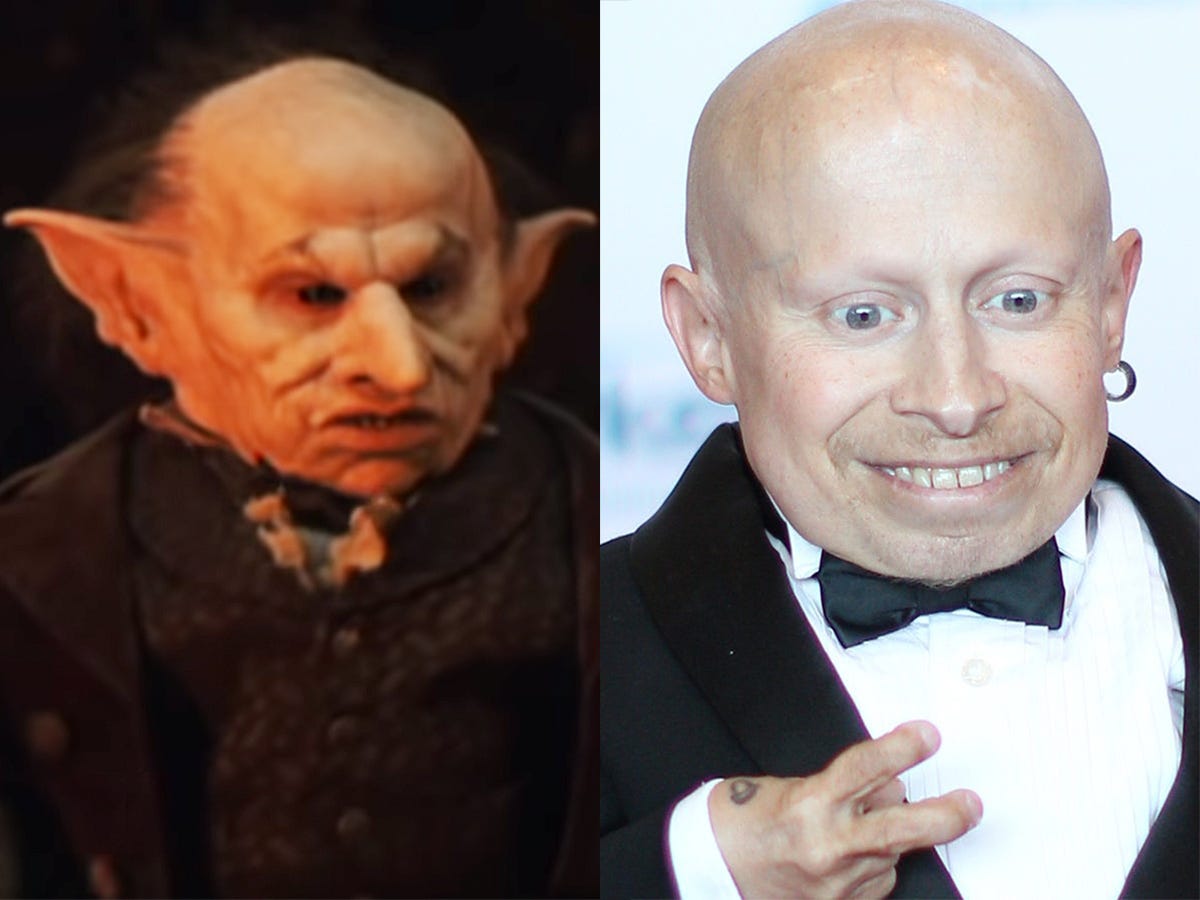 You probably recognise him from his most famous role as Mini-Me in “Austin Powers.” The actor died in April 2018. 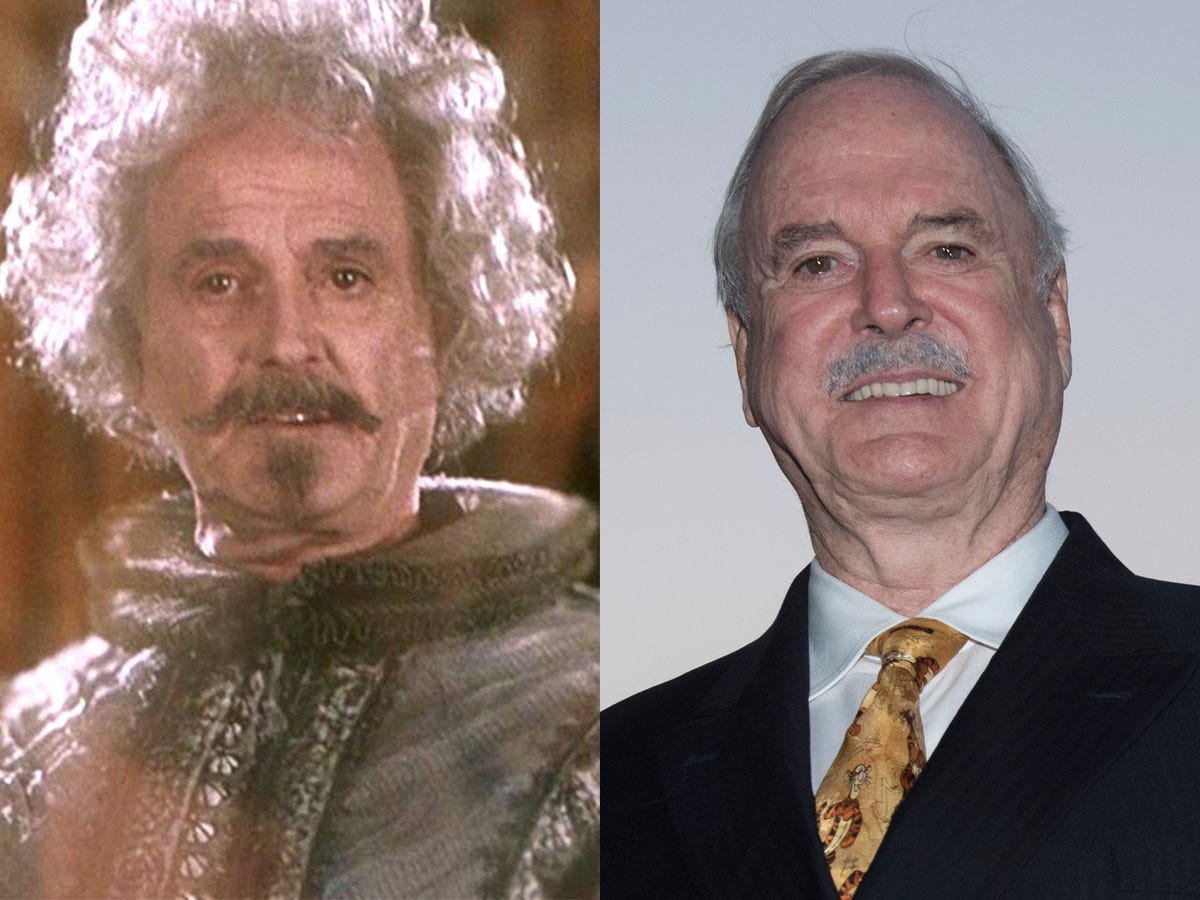 Cleese is better known for his sketch-comedy work in “Monty Python.”

Luke Youngblood palled around with Harry and their fellow Gryffindors. 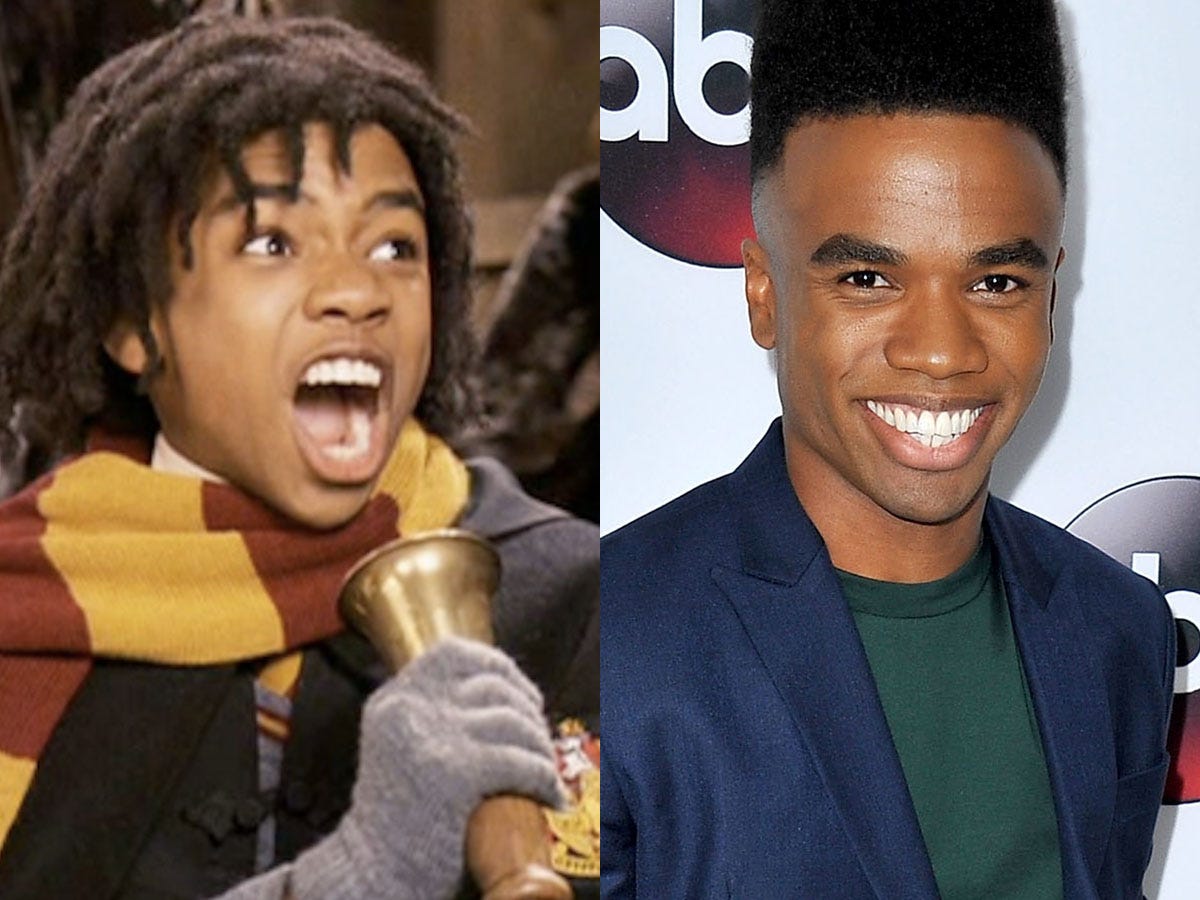 Warner Bros. and Jerod Harris/Getty ImagesLuke Youngblood had a minor role on ‘Glee’ in 2010.

“Community” fans will recognise Youngblood from his role as Magnitude.

Frank Dillane played a menacing Tom Riddle, the boy who would become the evil Lord Voldemort. 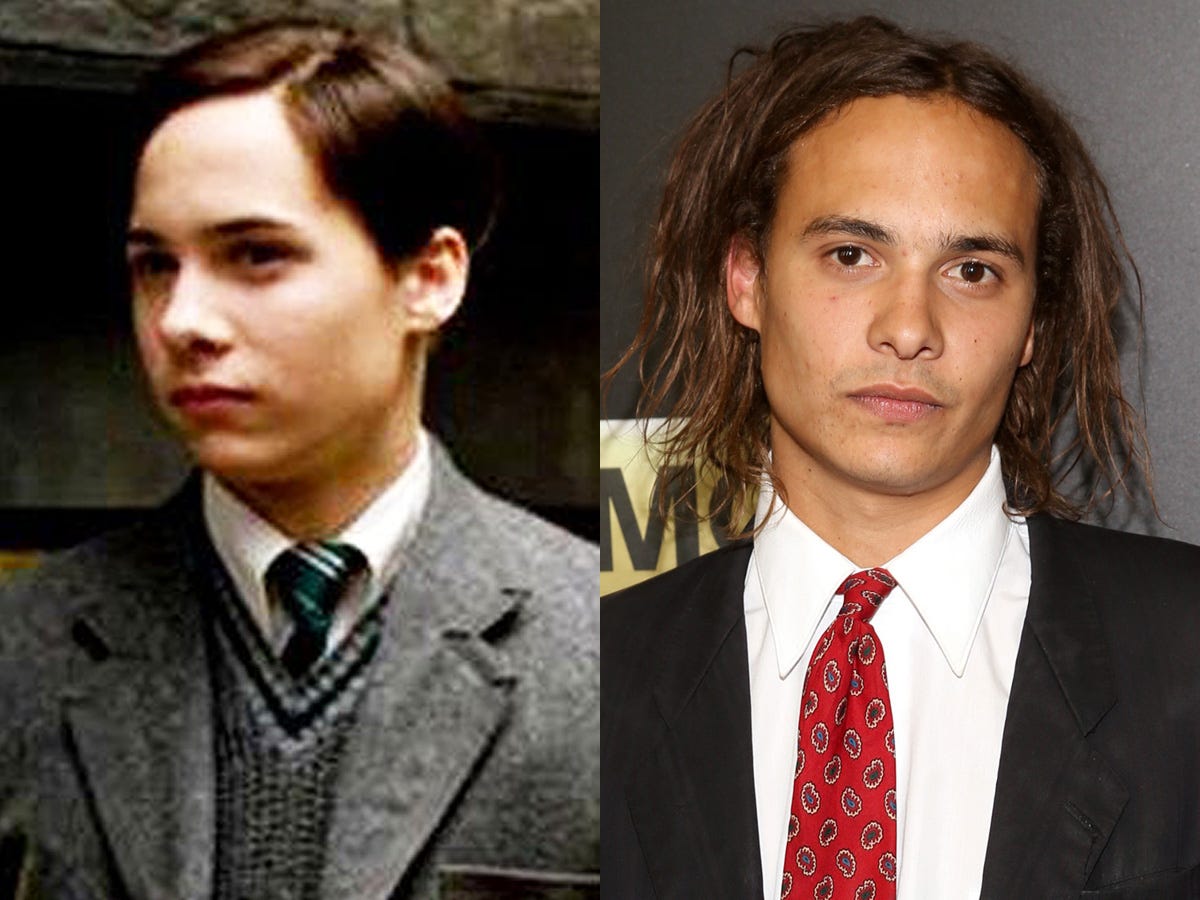 Warner Bros. and Jesse Grant/Getty Images for AMCFrank Dillane starred in the 2018 drama ‘Viena and the Fantomes’ with Dakota Fanning.

Julianne Hough had a cameo as an unnamed Gryffindor in “Harry Potter and the Sorcerer’s Stone.” 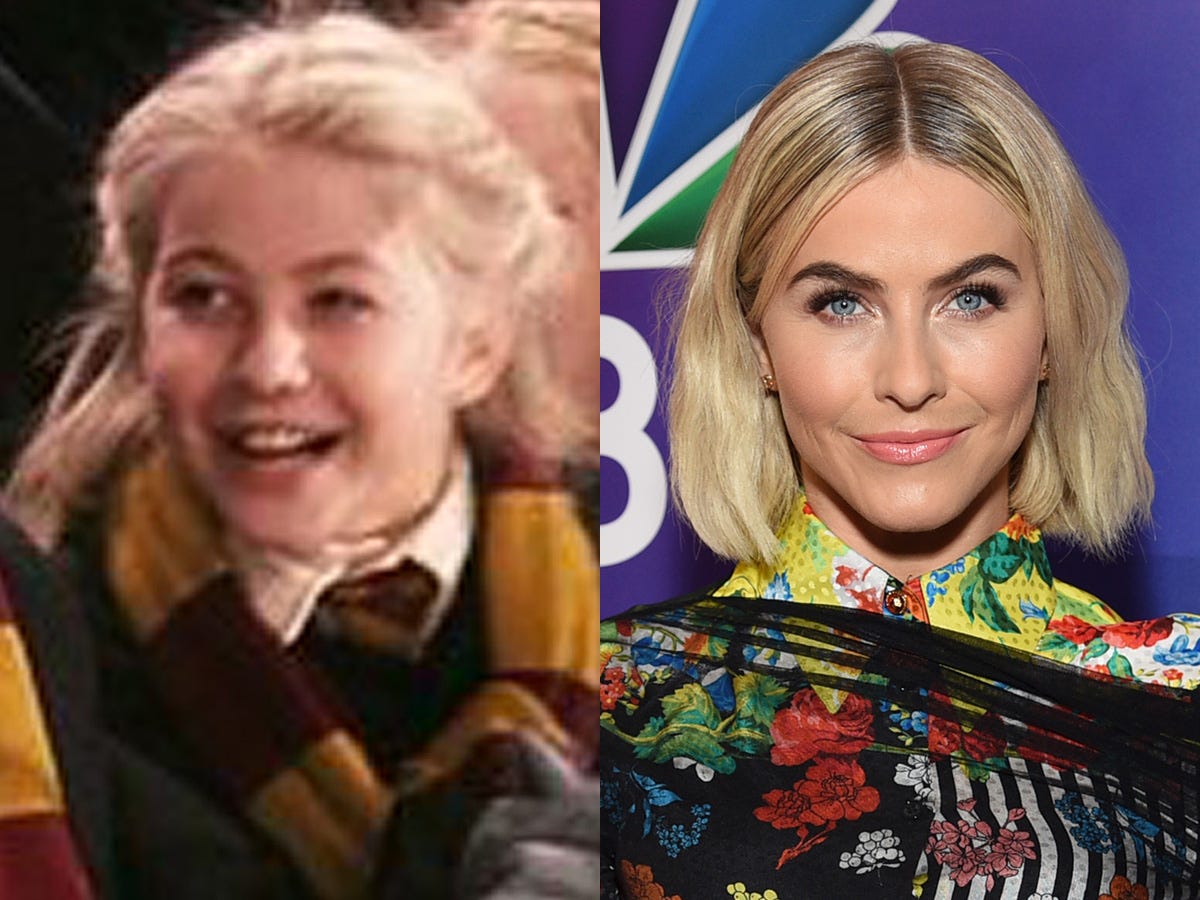 She went on to have a successful TV career on “Dancing With the Stars” as a professional dancer and later, a judge.

Derek Hough also had a cameo, playing a Ravenclaw student holding an owl and heading home for Christmas in “Harry Potter and the Sorcerer’s Stone.” 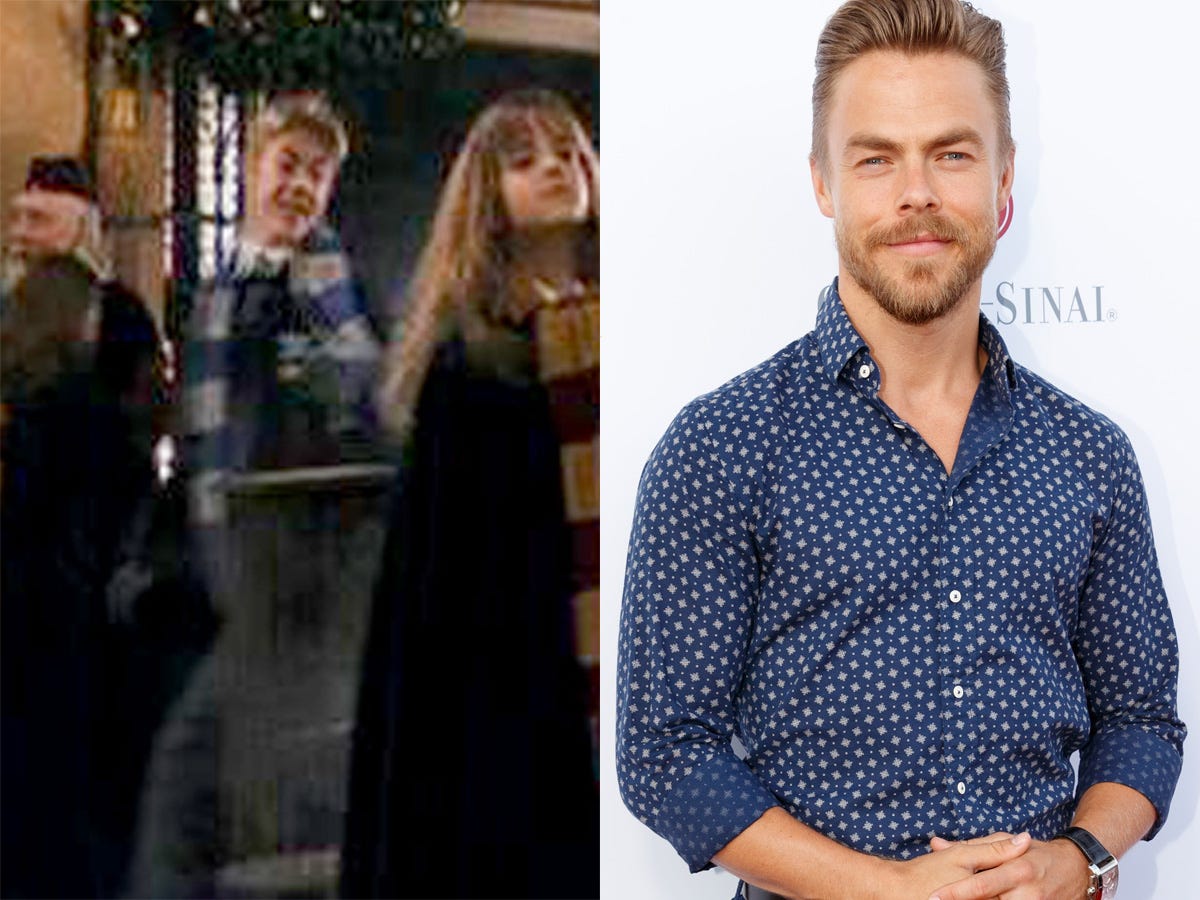 Like his sister, Derek went on to compete on “Dancing With the Stars” and win six times. Now, he’s a judge on NBC’s “World of Dance” alongside Jennifer Lopez and Ne-Yo.

You might remember Domhnall Gleeson, and his flaming red hair, as Ron Weasley’s oldest brother, Bill. 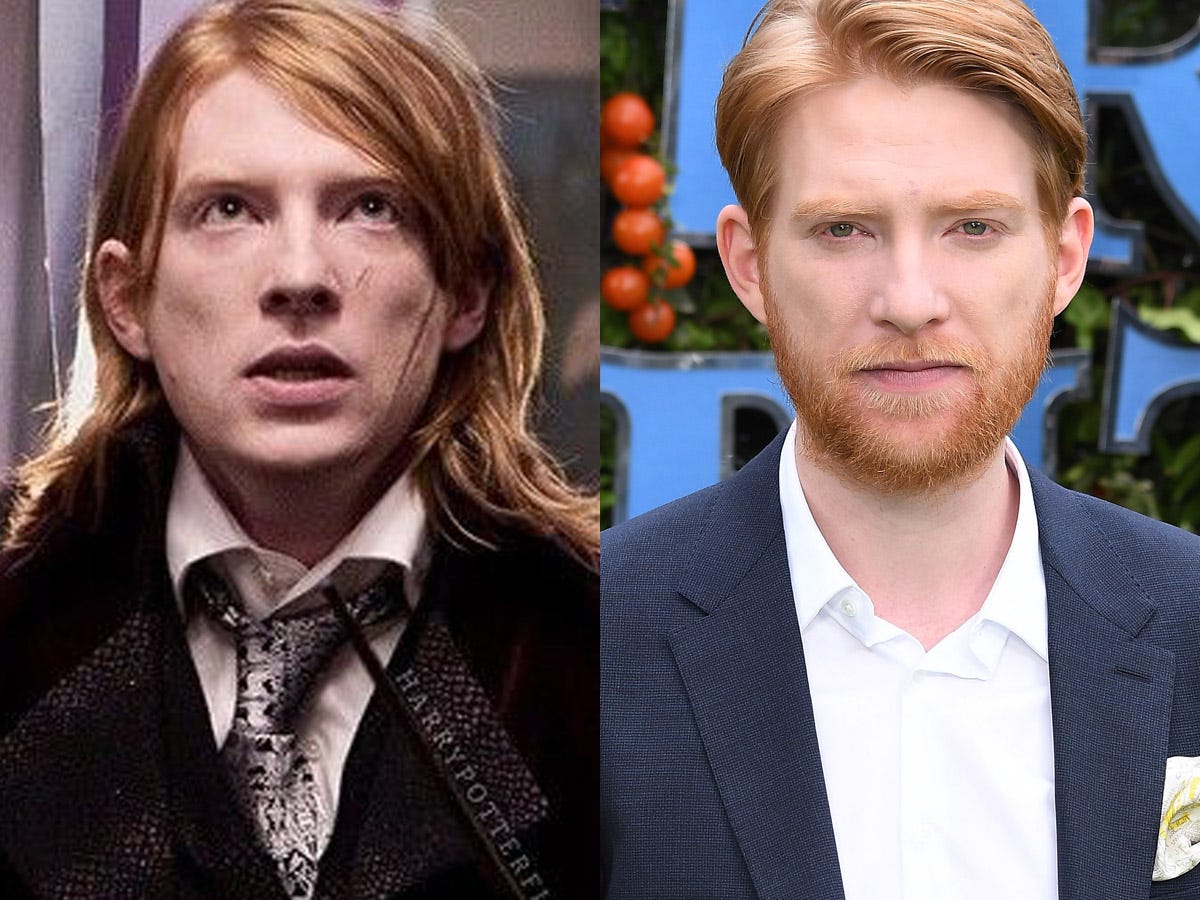 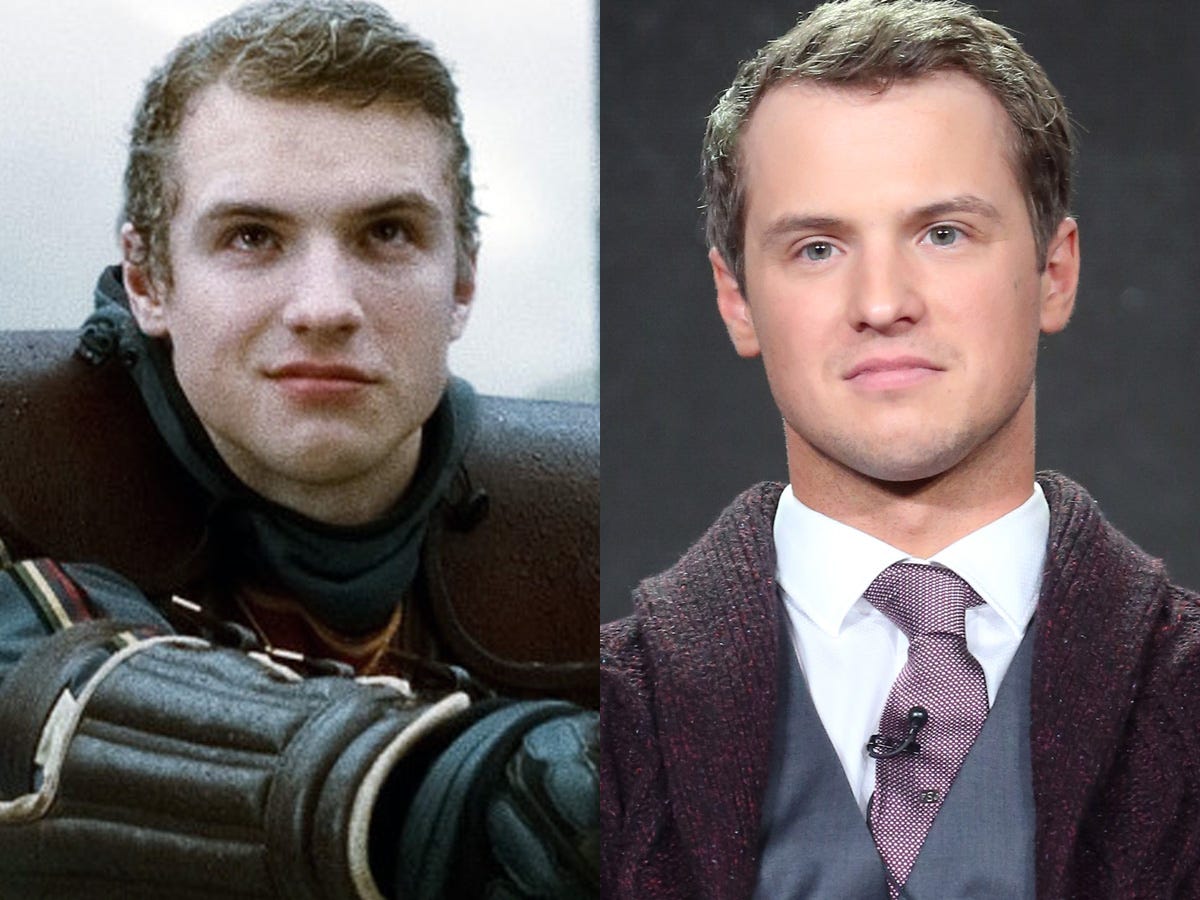 In 2012, Stroma starred in “Pitch Perfect” as a radio station manager at Barden University. More recently, he played Ron Ebsen in the romantic comedy “Second Act,” which starred Jennifer Lopez, and appeared on the show “Bridgerton.”

He also tied the knot with “Quantico” actress Johanna Braddy in late 2016.

Michelle Fairley had a small appearance as Hermione Granger’s mother in “Harry Potter and the Deathly Hallows.” 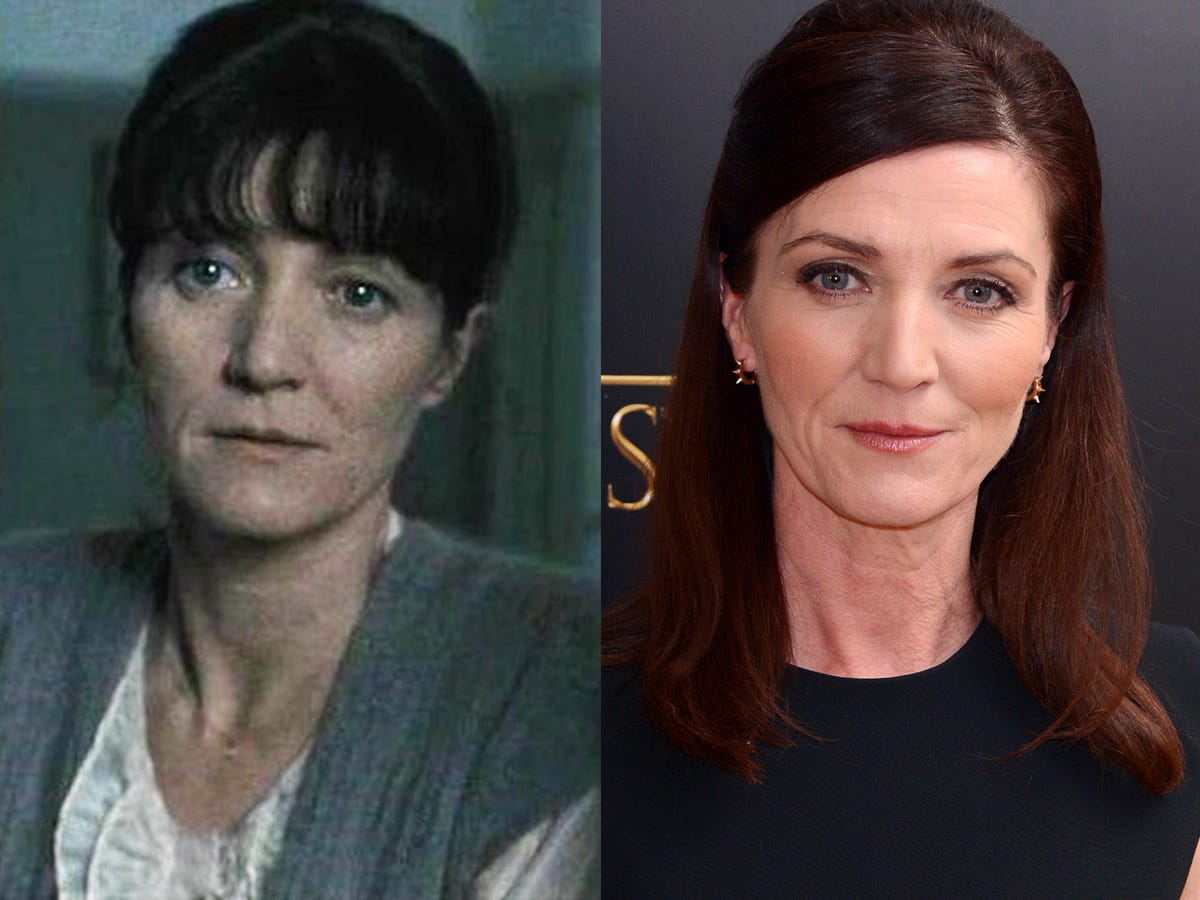 You probably recognise her most from her role as matriarch Catelyn Stark on “Game of Thrones.”

Natalia Tena played auror Nymphadora Tonks, who fell in love with a werewolf. 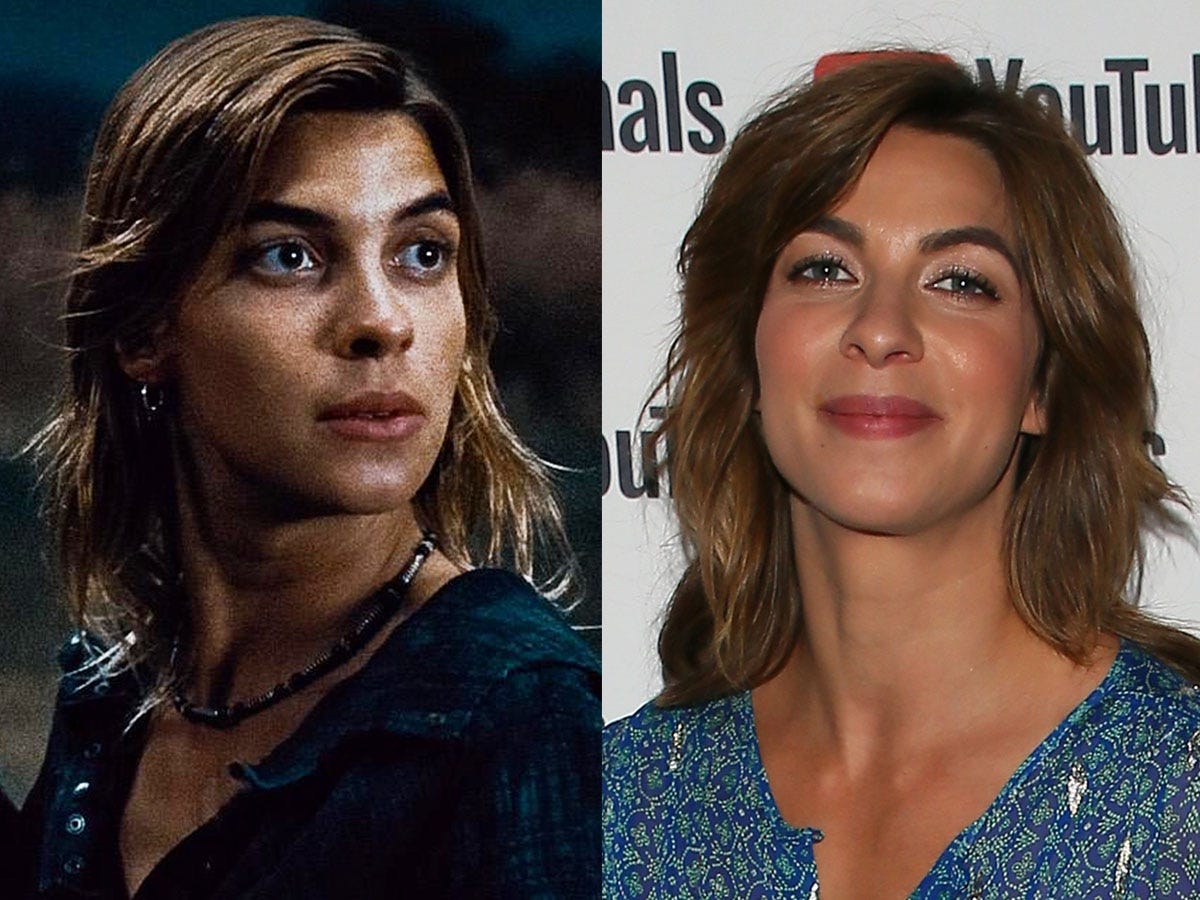 Like Fairley, Tena was also part of “Game of Thrones.” She played Osha on the hit show. The actress reunited with “Harry Potter” costar Tom Felton for a YouTube sci-fi thriller called “Origin.” 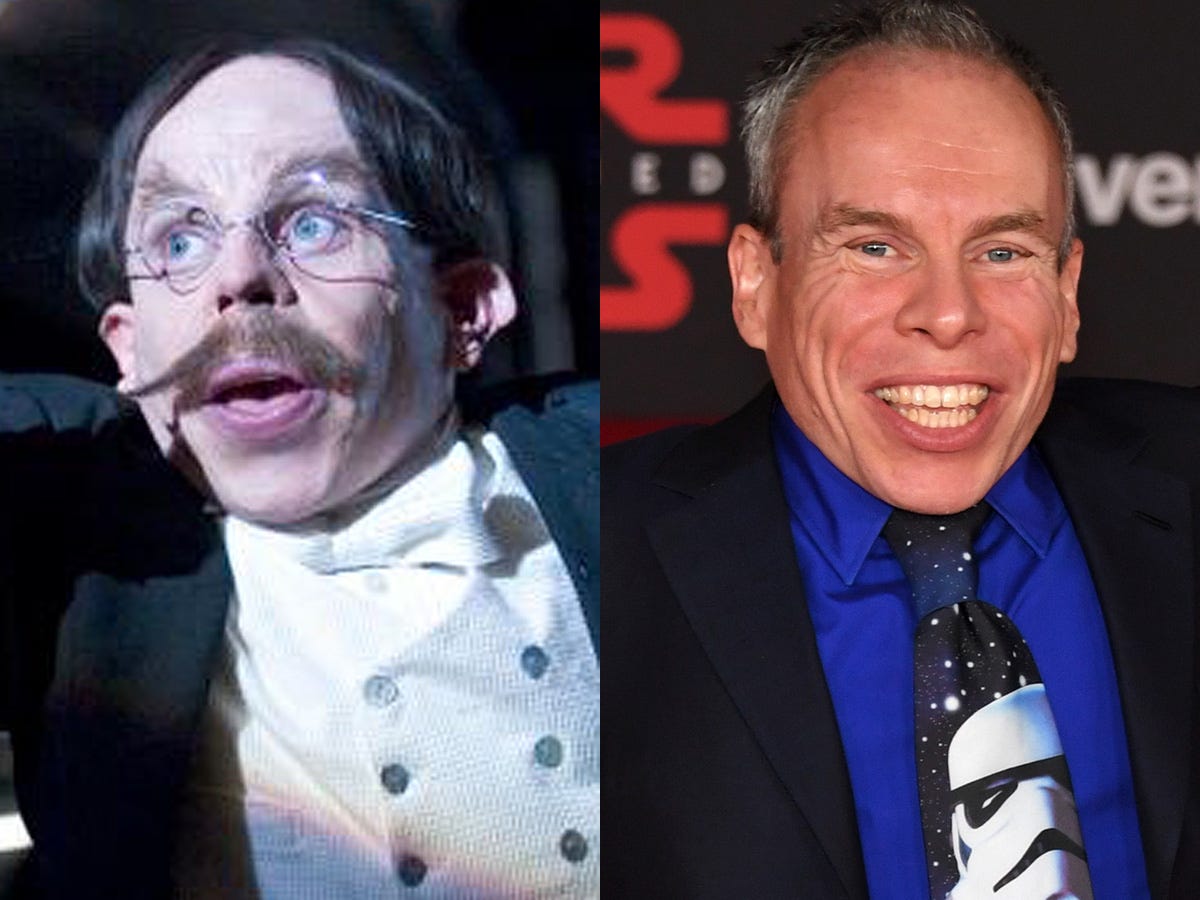 In 2016, he played the interstellar scout Wollivan in “Star Wars: The Force Awakens” and continues to work within the “Star Wars” realm, voicing the character of Rukh in the “Star Wars: Rebels” series. He played Weazel in the 2018 “Solo” movie.

Jonny Greenwood was the lead guitarist of Weird Sisters, the band that rocked out on stage at the Yule Ball in “Harry Potter and the Goblet of Fire.” 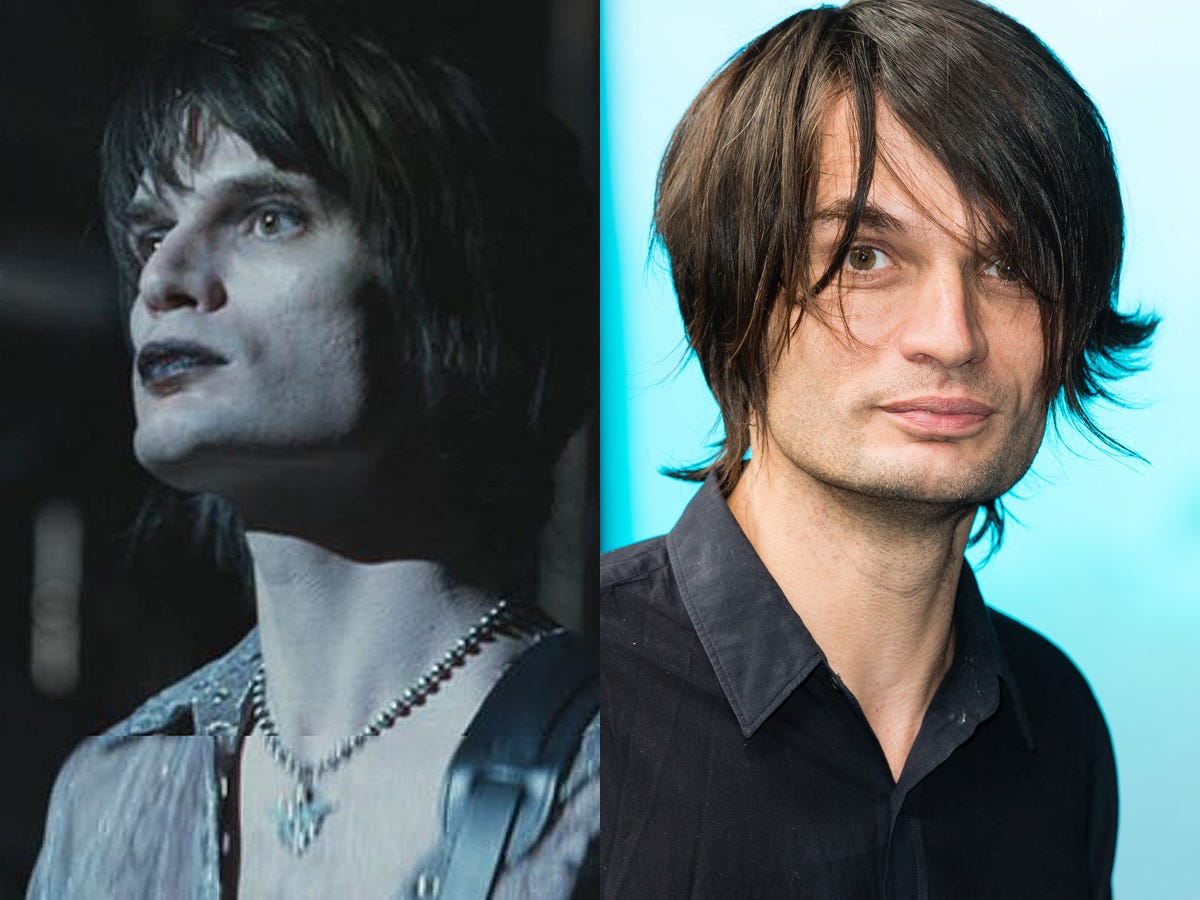 In real life, Greenwood is a member of the band Radiohead. 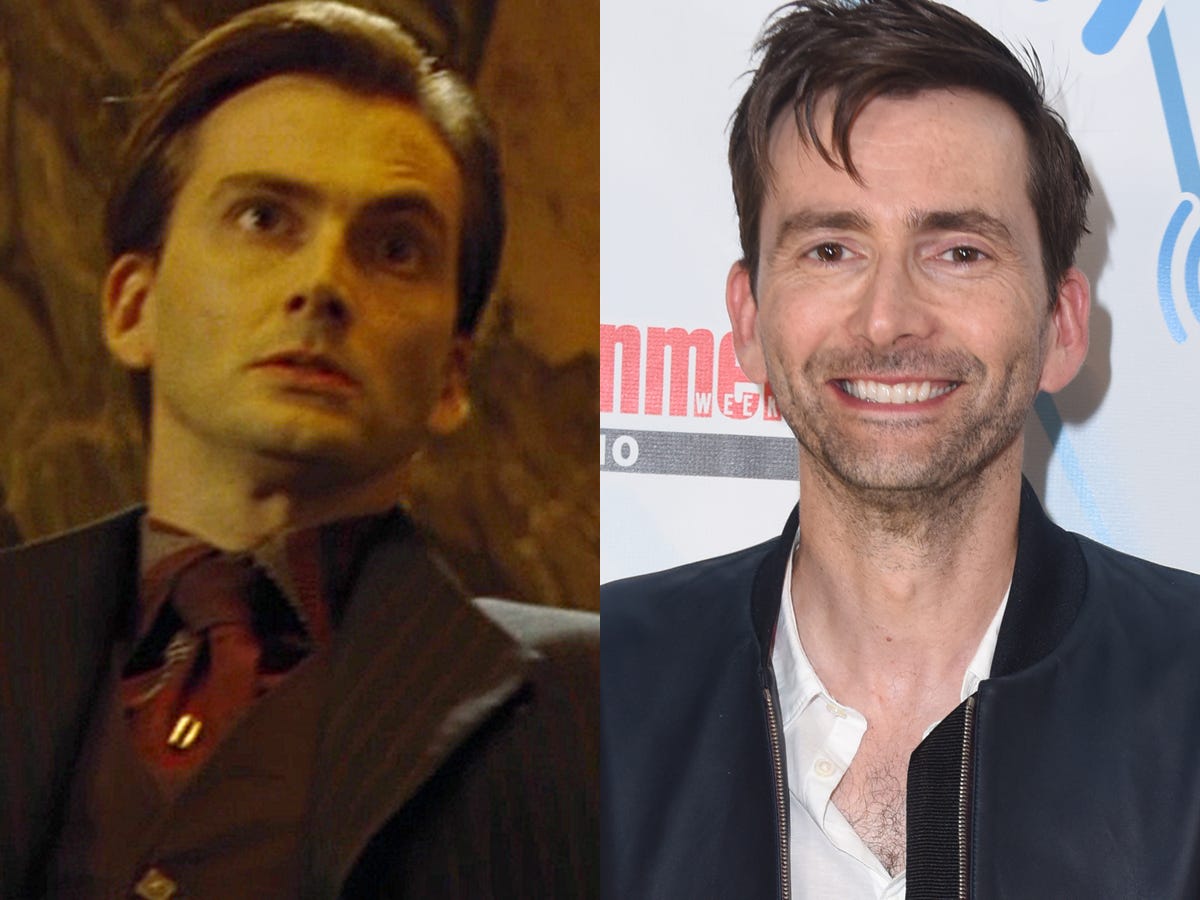 Warner Bros. and Vivien Killilea/Getty Images for SiriusXMDavid Tennant is the voice of Scrooge McDuck on ‘DuckTales.’

Outside of the wizarding world, he’s made a name for himself on shows like “Doctor Who” and Netflix’s “Jessica Jones.”

The actor starred alongside Jennifer Garner on the HBO comedy series “Camping” and played a demon named Crowley on the Amazon show “Good Omens.”

Fiona Shaw shoved Harry in the cupboard under the stairs as his Aunt Petunia Dursley. 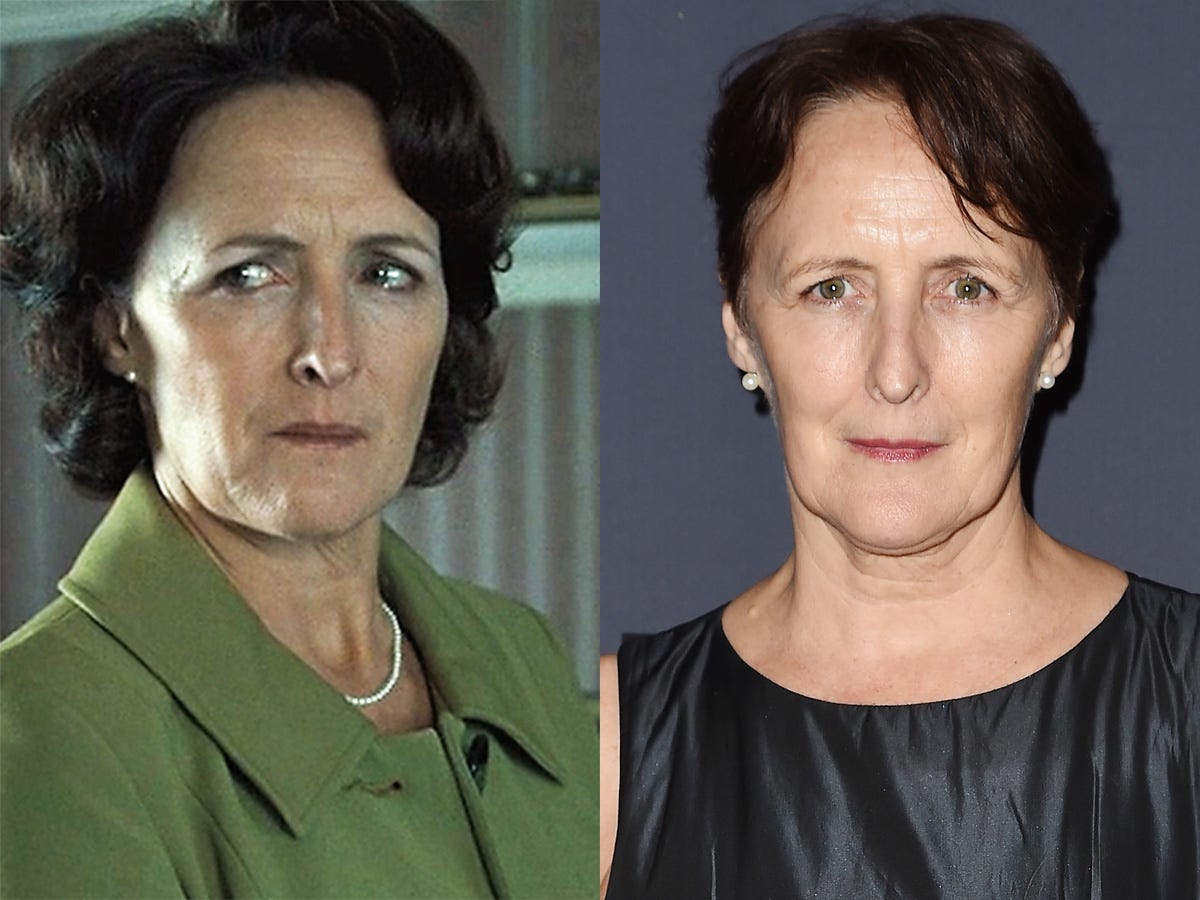 She most recently starred as Carolyn Martens on “Killing Eve” and played Miss Harrison in “Enola Holmes.”

“Bridgerton” breakout star Regé-Jean Page was an extra in “Harry Potter and the Deathly Hallows: Part 1.” 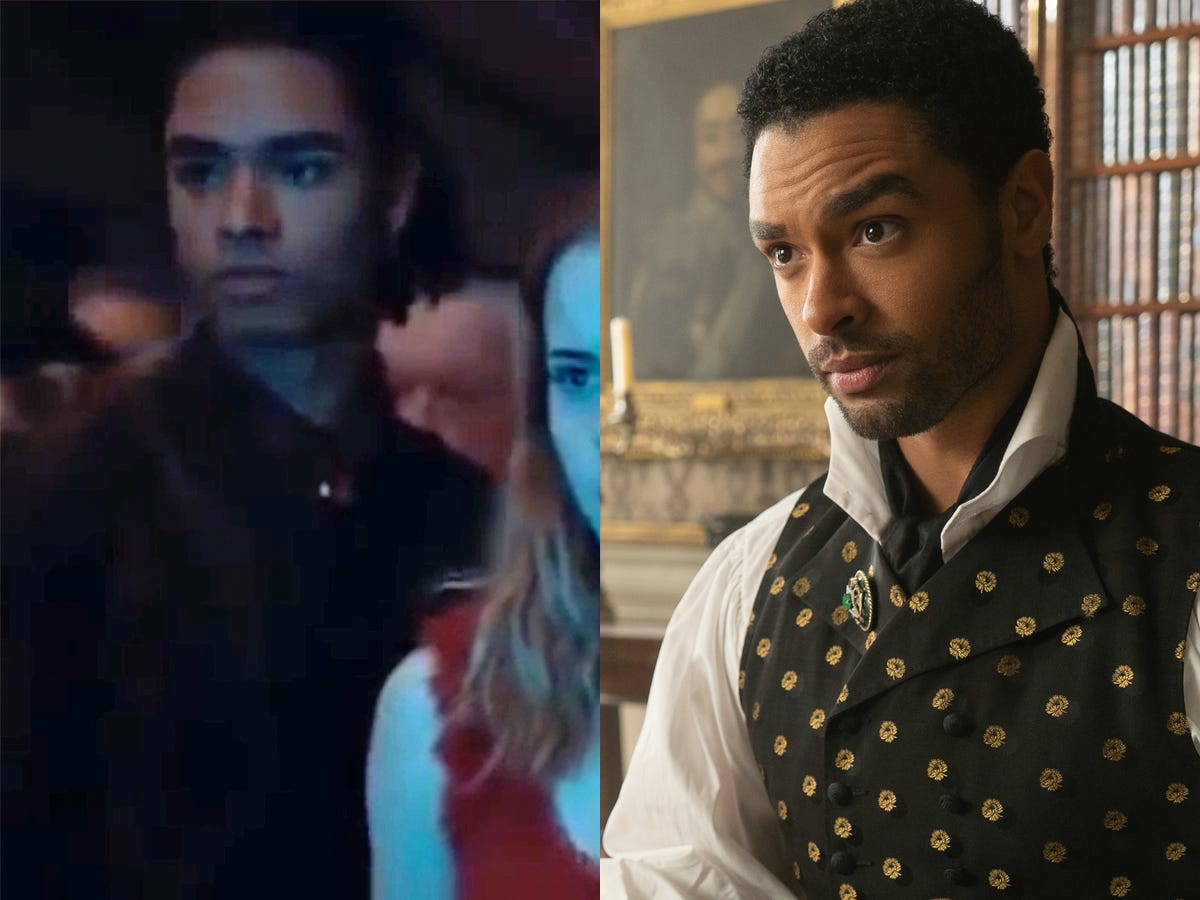 In his uncredited role, Page was briefly seen next to Hermione at Bill and Fleur’s wedding, just as the event was interrupted by a Patronus message.

Former Little Mix member Jesy Nelson said she “was in ‘Harry Potter'” before her singing career took off, but it’s unclear which film(s). 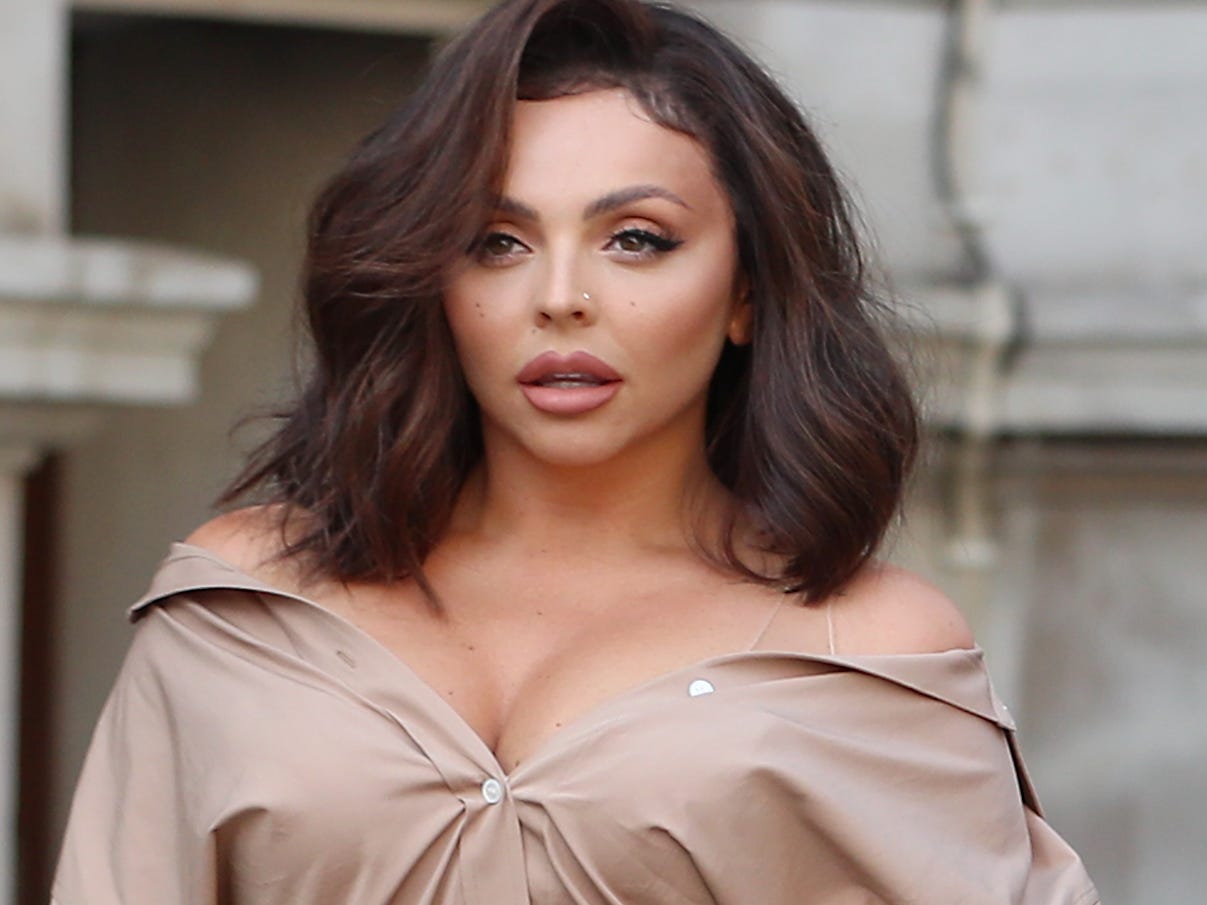 The British singer said that she also appeared as a student in the school assembly in “About A Boy,” which starred Hugh Grant.