14 actors who played their own twins on screen 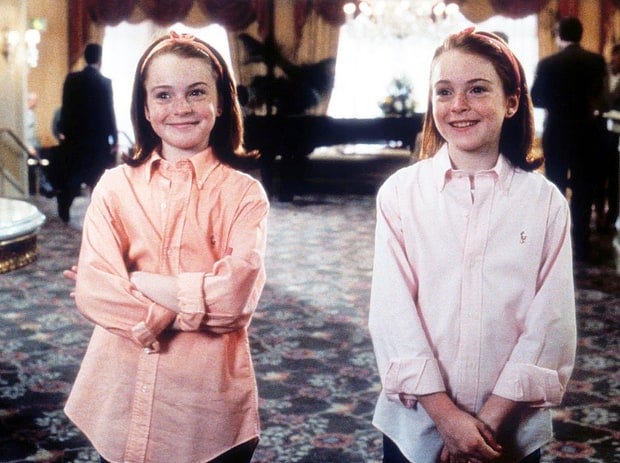 Although some of the twins you see on screen are actually two separate people who are twins in real life, that’s not always the case.

With a little help from the special effects team, actors like Lindsay Lohan, Armie Hammer, and Leonardo DiCaprio, have all played a set of twins on screen.

Here are some actors who have played their own twins in movies or on TV.

Mark Ruffalo stars as the two leading characters on HBO’s “I Know This Much Is True.” 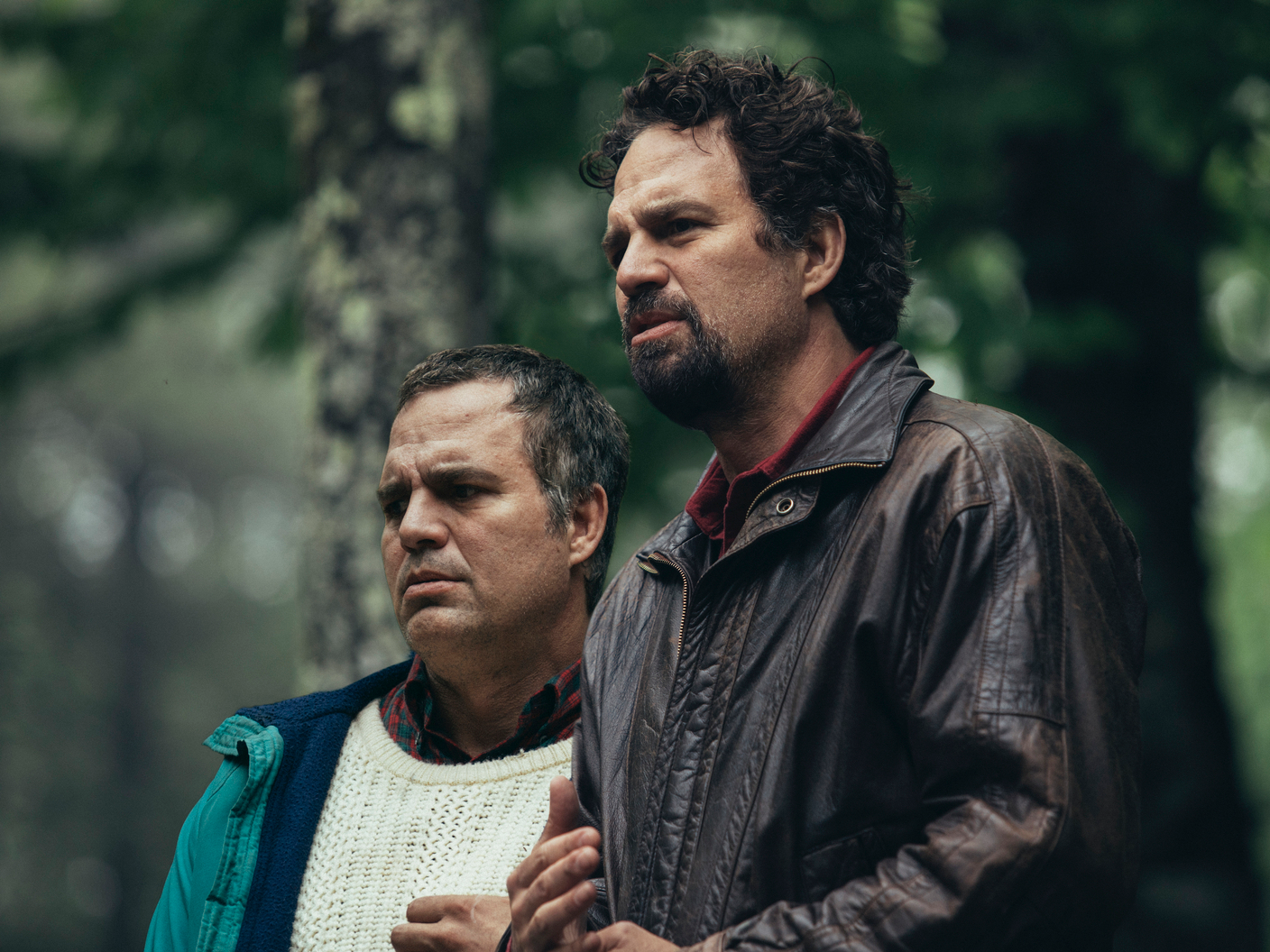 Atsushi Nishijima/HBOMark Ruffalo on ‘I Know This Much Is True.’

Based on the novel by Wally Lamb, the new HBO limited series “I Know This Much Is True” stars Mark Ruffalo as twins Dominick and Thomas Birdsey. Throughout the series, Dominick must revisit his troubled relationship with his brother, who struggles with paranoid schizophrenia.

So far, the show has been well-received by critics and audiences alike. 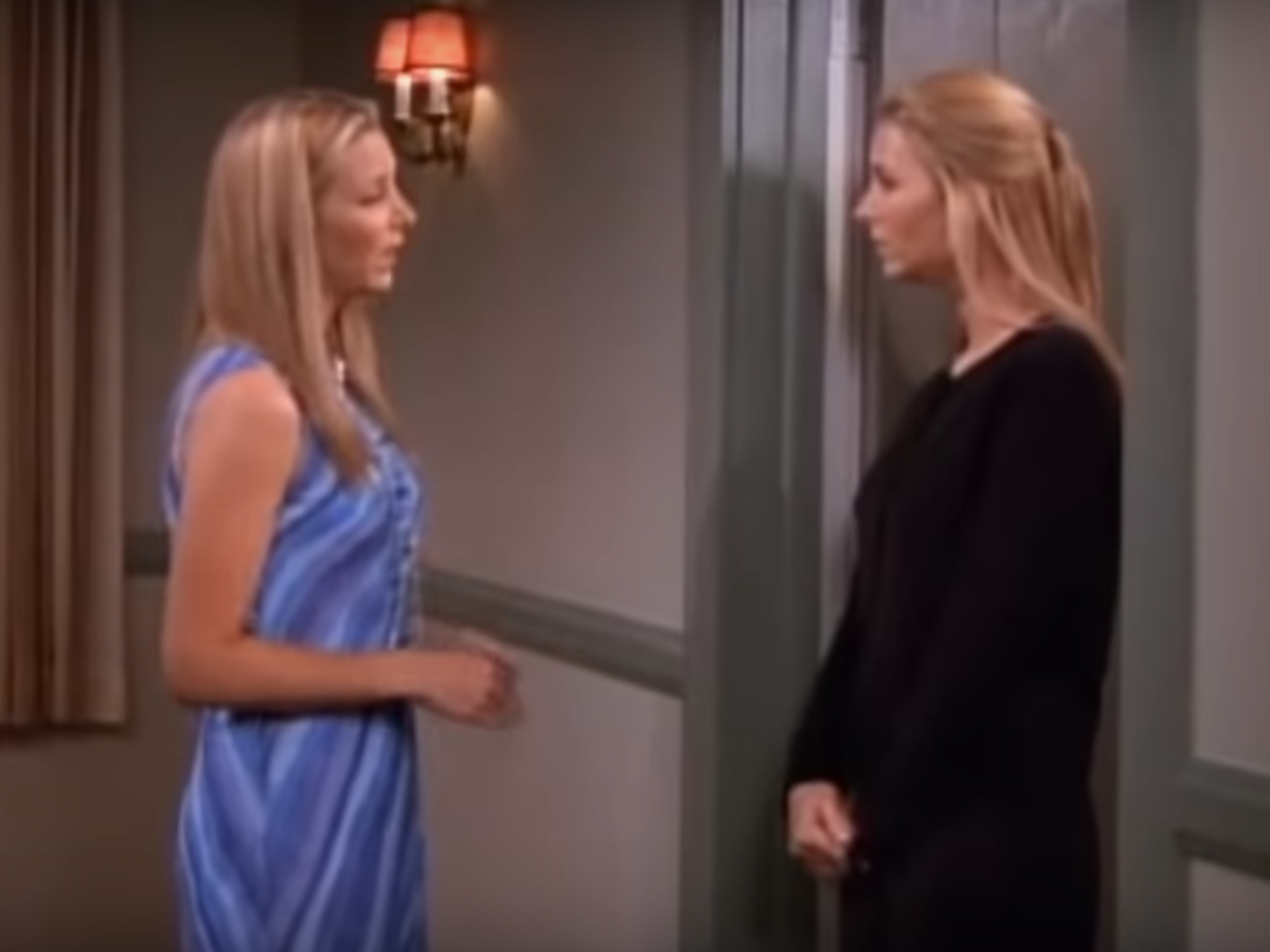 But fans might not know that Ursula technically existed before Phoebe did – Kudrow played Ursula, an absent-minded waitress, on the sitcom “Mad About You” before booking “Friends,” according to Comedy Central.

For a time, Kudrow appeared on both “Mad About You” and “Friends,” which ran back-to-back on NBC. The network reportedly decided to bring Ursula into the “Friends” universe and make her Phoebe’s twin in order to make Kudrow’s presence on both shows a bit less confusing. The movie, which has a 23 on Metacritic, was almost universally panned by critics and it won multiple Razzie Awards for being the “worst film of the year.”

Lindsay Lohan has played her own twin more than once. 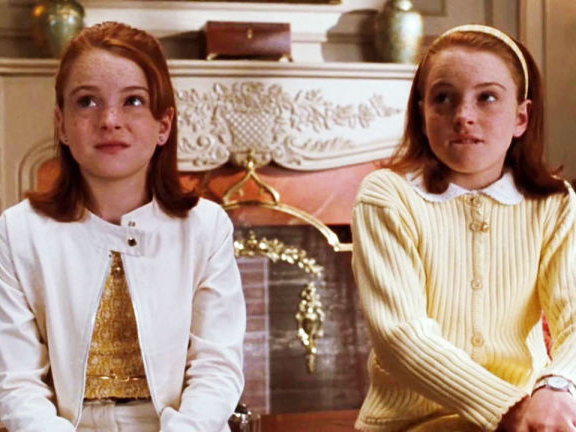 Many are familiar with Lindsay Lohan’s role in the 1996 reboot of “The Parent Trap,” in which she played long-lost sisters Annie James and Hallie Parker.

Almost a decade later, Lohan played twins once again in the poorly received 2007 thriller “I Know Who Killed Me.”

In the film, Lohan played a pair of twins who had been separated at birth. They finally meet after being kidnapped and brutally tortured by a serial killer.

Hayley Mills played the twins in the original “The Parent Trap.” 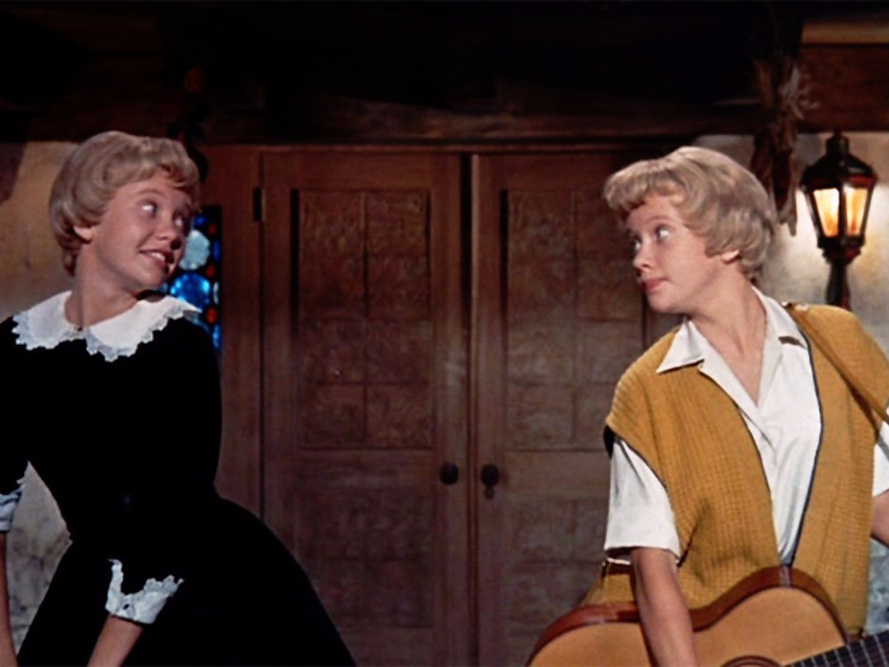 DisneyThe original ‘The Parent Trap’ came out in 1961.

Although many associate Lohan with “The Parent Trap,” it was actually Hayley Mills who originated the roles in the first version of the movie, which was released in 1961.

The twins in the 1960s film have different names – Susan Evers and Sharon McKendrick – but the plot of the movie is otherwise similar to the 1990s version. 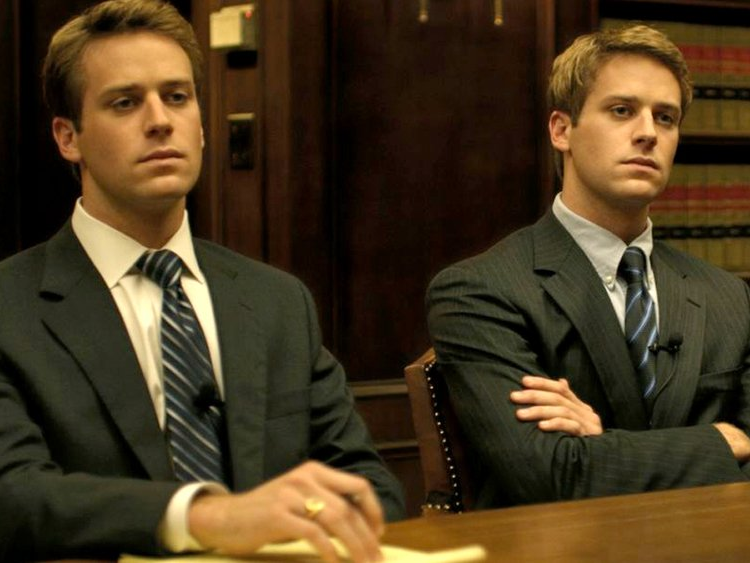 Columbia PicturesThe Winklevoss twins were both played by Armie Hammer.

In “The Social Network,” Armie Hammer portrayed Cameron and Tyler Winklevoss, a pair of rowing and tech entrepreneur twins.

According to the film’s narrative, the twins conceived the initial idea for Facebook, which Mark Zuckerberg (played by Jesse Eisenberg) co-opted and turned into the troubled multi-billion dollar empire it is today.

Critics didn’t love Leonardo DiCaprio’s stint as twins in “The Man in the Iron Mask.” 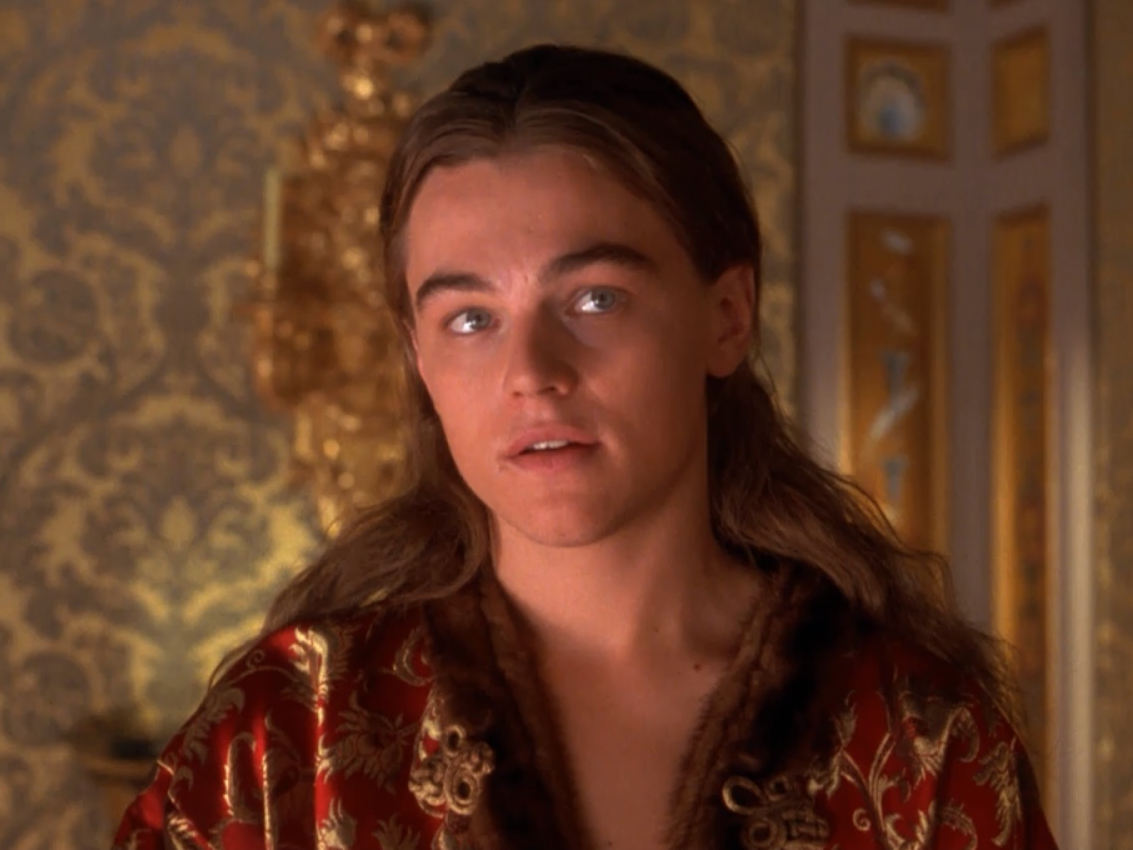 Leonardo DiCaprio‘s first role after “Titanic” was in “The Man In The Iron Mask,” a loose adaptation of the Alexandre Dumas novel of the same name. In it, DiCaprio played both King Louis XIV of France and his twin brother, Phillippe.

The film, which has a 48 on Metacritic, received middling-to-poor reviews from critics.

Nicolas Cage was nominated for an Oscar for his performance as twins in “Adaptation.” 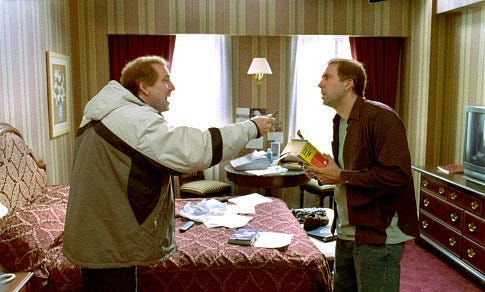 Nicolas Cage took on the roles of twins Charlie and Donald Kaufman in 2002’s “Adaptation.”

The Spike Jonze-directed flick tells the story of a self-loathing screenwriter trying to adapt the life story of a famed orchid hunter while also dealing with his twin brother, who just moved into his house.

Cage was nominated for an Oscar for his performance. 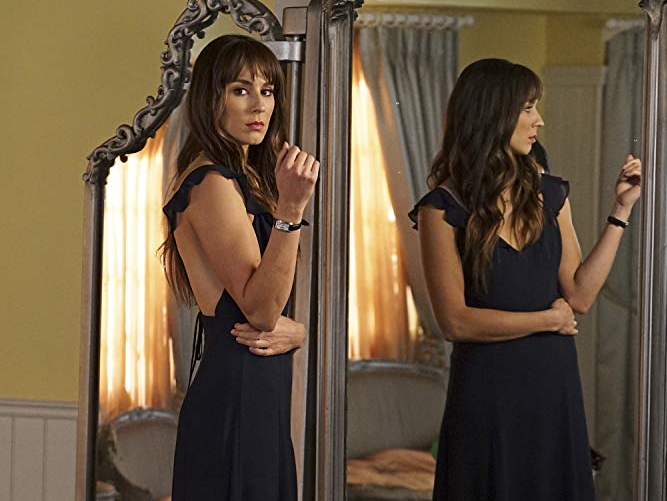 DisneySpencer Hasting’s twin was revealed in the final season.

Anyone who stopped watching “Pretty Little Liars” before the show’s sixth season may have missed out on the fact that Troian Bellisario didn’t just play high-strung Spencer Hastings throughout the series.

She also played Alex Drake, a mysterious villain who was eventually revealed to be Spencer’s evil, long-lost twin.

Eddie Murphy has been known to play multiple characters in films. 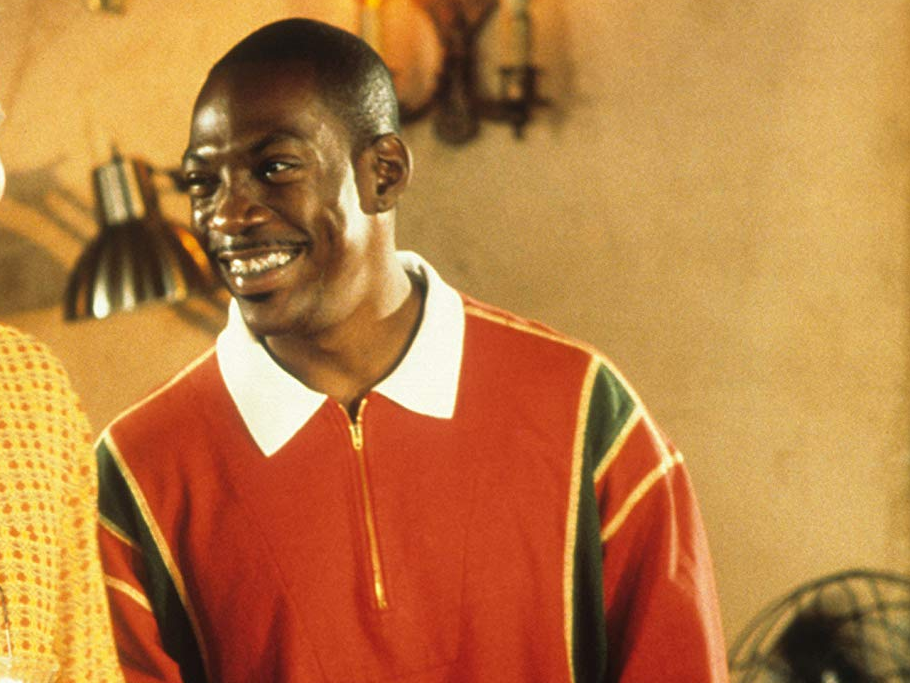 Eddie Murphy is known for playing multiple characters in his films, such as “Norbit” and “The Nutty Professor” franchise.

But he just played two in 1999’s “Bowfinger,” an unstable mega-star Kit Ramsey and his shy twin brother, Jiff. The twins, however, don’t really appear on the screen at the same time.

The film, written by Murphy’s co-star Steve Martin, is a satirical takedown of Hollywood culture and fame.

Tom Hardy played his own twin in the film “Legend.” 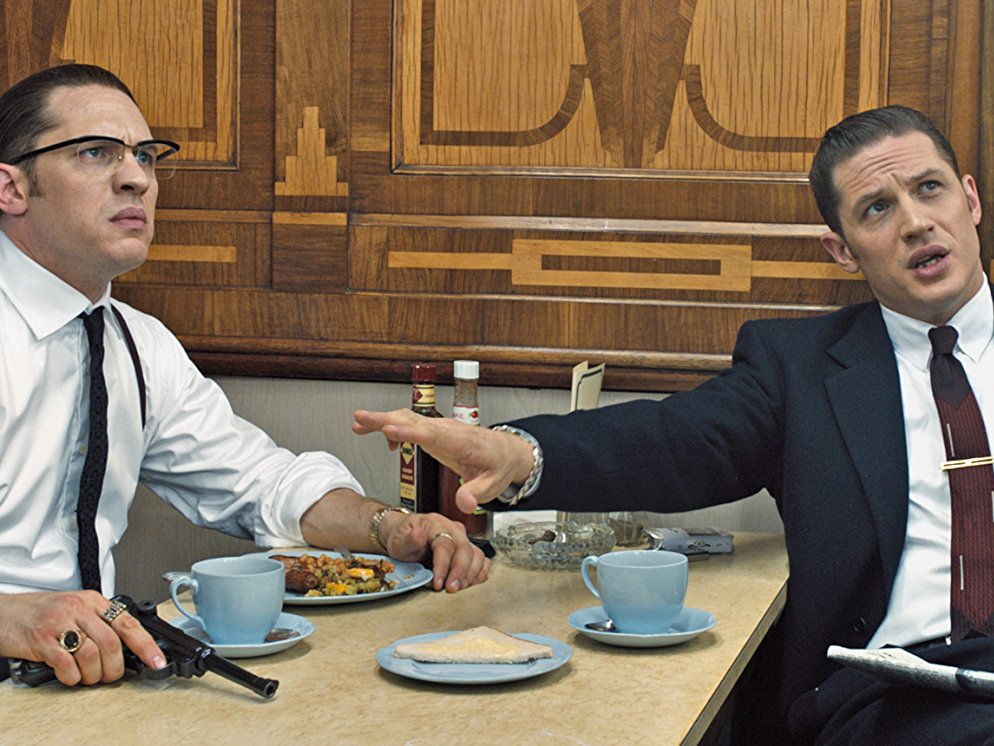 Tom Hardy, the lead in Marvel’s “Venom,” played twins in “Legend,” a 2015 film about real-life gangster twins Reginald and Ronald Kay, who ruled the criminal underworld in 1960s London.

Freddie Highmore played twins in “The Spiderwick Chronicles” when he was younger. 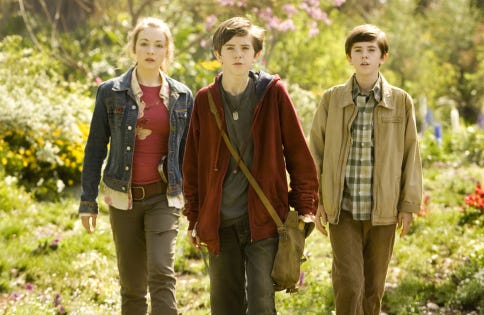 Freddie Highmore, star of ABC’s “The Good Doctor,” played twins Jared and Simon Grace in the 2008 adaptation of “The Spiderwick Chronicles.“

In “Big Business,” Bette Midler played a set of twins. 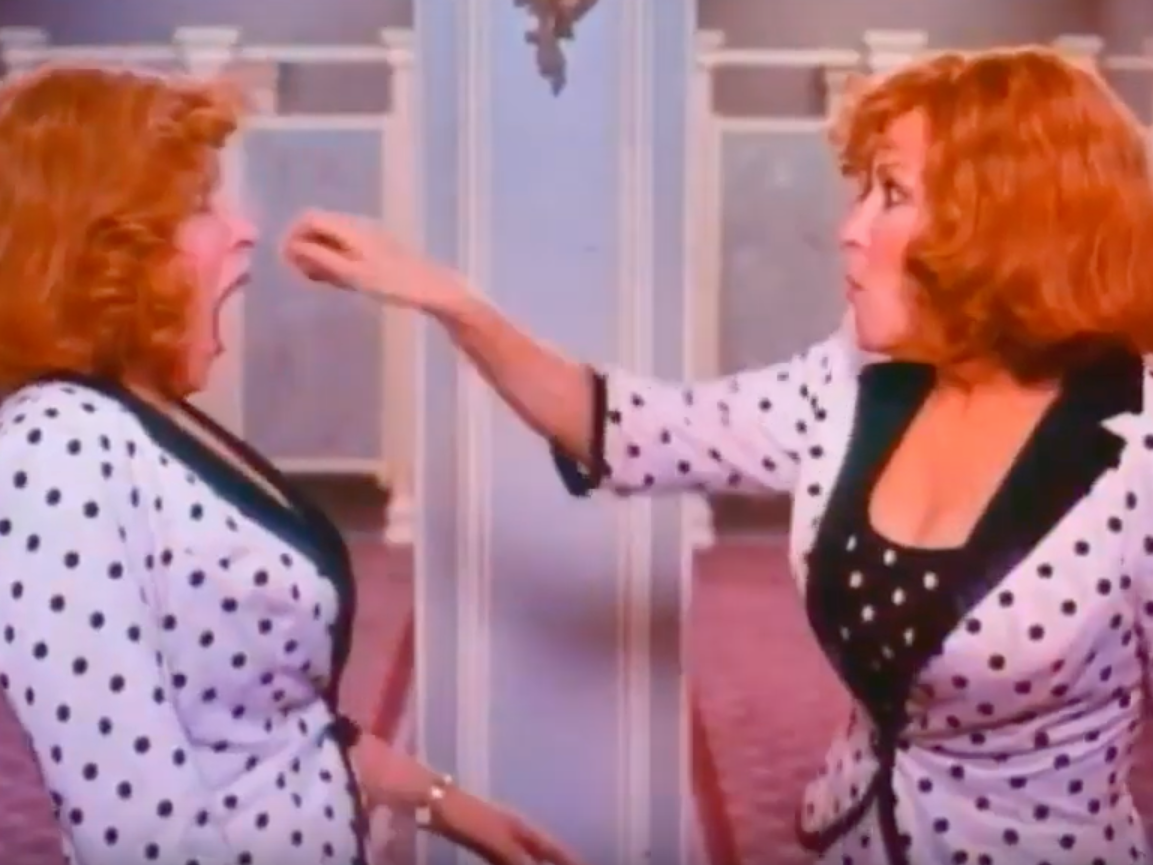 YouTube/Trailer ChanBette Middler had orange hair for her role in ‘Big Business.’

In “Big Business,” two sets of twins are born on the same night in the same hospital. But when the nurse on duty accidentally mixes up the twins, one baby from each set of twins gets sent to families in different social circles.

Decades later, both sets of twins encounter each other during the acquisition of the Jupiter Hollow factory, which one twins’ family owns and the other’s family works for.

Bette Midler played one set of twins, Sadie Shelton and Sadie Ratliff, in the film.

Lily Tomlin played the other set of twins in “Big Business.” 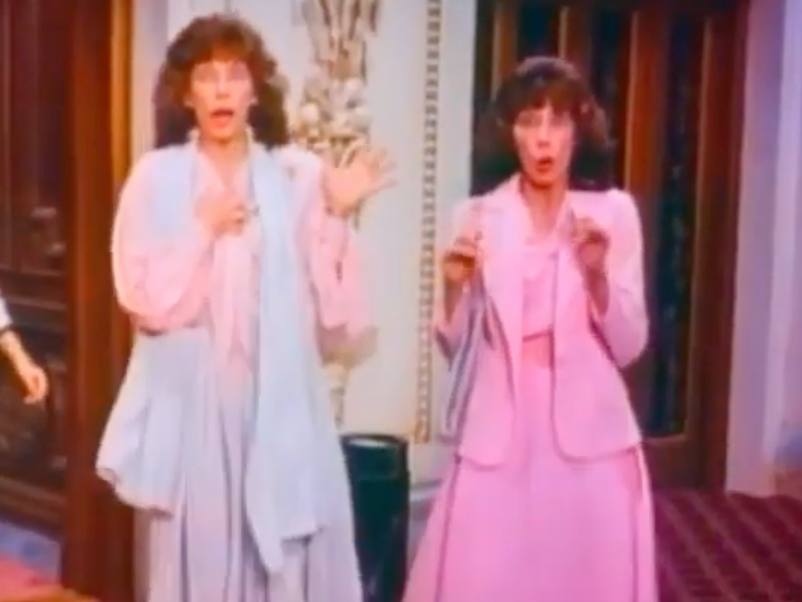 “Grace and Frankie” star Lily Tomlin played the other set of twins in “Big Business,” Rose Shelton and Rose Ratliff.