Analysts led by Bryan Kraft upgraded the stock to “buy” from “hold” in a note to clients, citing a “rising tide” set to lift all video game publishers. The industry is among those thriving through stay-at-home orders and increased demand for tech. This year saw “a permanent structural increase” in the time and money spent on video games, as well as a shift from physical to digital sales, the team said.

Yet companies’ guidance and Wall Street estimates remain conservative, setting up the firms to surprise to the upside when they report third-quarter figures.

“While we wait for a vaccine and eventual economic recovery to unfold, video games are an attractive place to be invested as they benefit from cyclical weakness and stay-at-home orders in the short term,” the team said, adding positive secular growth trends can push earnings higher well into the future.


Read more:
A wealth advisor at a $US12 billion firm explains why she’s shifting into unloved bargain stocks for the next 7-10 year market cycle â€” and breaks down her 3 top picks

The bank also lifted its price target for Activision Blizzard to $US90 per share from $US75, implying the stock will climb roughly 10% from Tuesday’s close over the next 12 months.

The company’s pipeline places it on track for strong profit growth and net bookings over the next two years, Deutsche Bank said. The popularity of last year’s “Call of Duty” title created the franchise’s largest-ever player base and tees up strong demand for “Call of Duty Black Ops: Cold War” when it releases next month, according to the team.

Still, Deutsche Bank expects Take Two Interactive to benefit the most from the industry-wide rally. The company, which boasts a portfolio including the “BioShock,” “Grand Theft Auto,” and “NBA 2K” franchises, has lower margins than competitors Electronic Arts and Activision Blizzard. A robust content pipeline could significantly expand the publisher’s margins over the next few years, the bank’s analysts said. 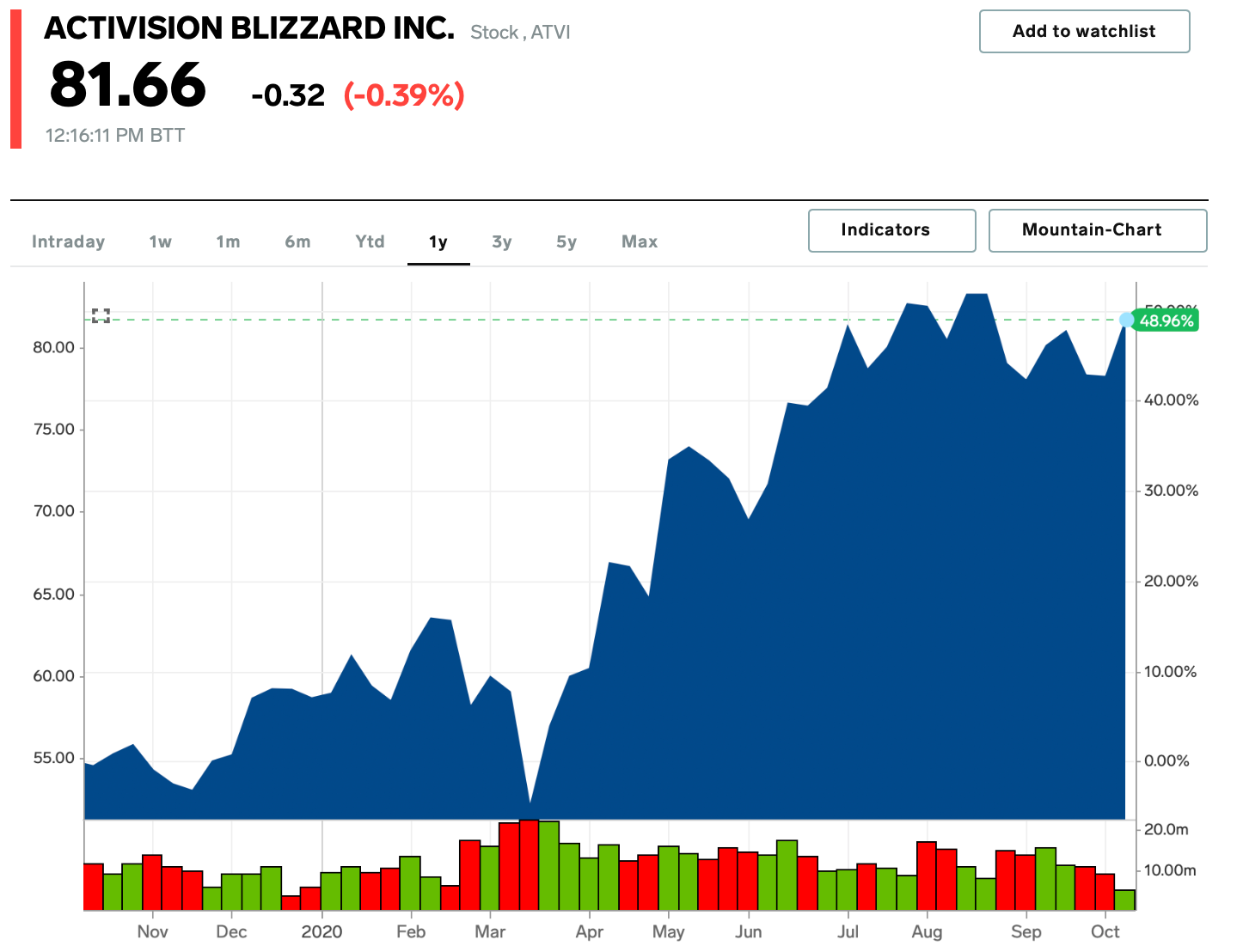