The US Women’s National Team is really, really good.

You may be familiar with some of its work, which includes four World Cup victories and four Olympic gold medals – more than any other country’s national team. The USWNT players captivated the entire globe last summer as they bid for their second-consecutive World Cup while battling their federation for equal pay and publicly feuding with the president of the United States.

But through it all, their focus never shifted, and their confidence never waned. They kept winning, and they intend to continue doing so, heading into the 2020 Olympic Games in Tokyo.

Defender Abby Dahlkemper seems to think the national team is stronger than ever. She spoke with Business Insider about her team’s deep roster while promoting her partnership with Massage Envy for its Acne Facial Series powered by Proactiv – which she says “has helped me with my confidence levels tremendously” and “can translate straight onto the field.”

Dahlkemper said the sheer amount of talent on the USWNT roster makes for a “challenging” environment, but one where players are continually improving and pushing their teammates to be better. That’s why, by her estimation, the USWNT star told Business Insider that the team is indomitable – twice over.

“We have the first- and second-best teams in the world,” Dahlkemper told Business Insider.

The competition amongst the women’s soccer stars vying for a spot on the USWNT’s 18-person Olympic roster is just as fierce – if not fiercer – than the competition for the gold medal itself. The women’s national team has far more talent than it can use. The US could realistically field a second team made up of reserves and players cut from the final Olympic roster that is more talented than any squad in Tokyo besides the one donning red, white, and blue.

Much has changed for Dahlkemper and company since their meteoric rise during the 2019 World Cup. They have got a new head coach in former Seattle Reign frontman Vlatko Andonovski, and their style of play and roster has shifted as a result.

While the final roster cuts for the Olympics still have yet to drop, Dahlkemper is almost sure to make the trek to Tokyo this summer. She’s been on every iteration of the roster since the World Cup, and she’s a crucial piece of the stalwart back line that has yet to give up a goal through six contests in 2020.

The USWNT – which currently boasts a 23-player roster – has games against England, Spain, and Japan early next month as part of the SheBelieves Cup. Andonovski’s squad will then take on Australia and Brazil in April before heading off to Tokyo in pursuit of the team’s first gold medal since 2012. 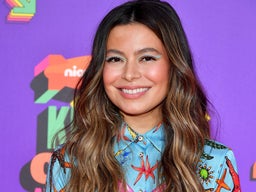