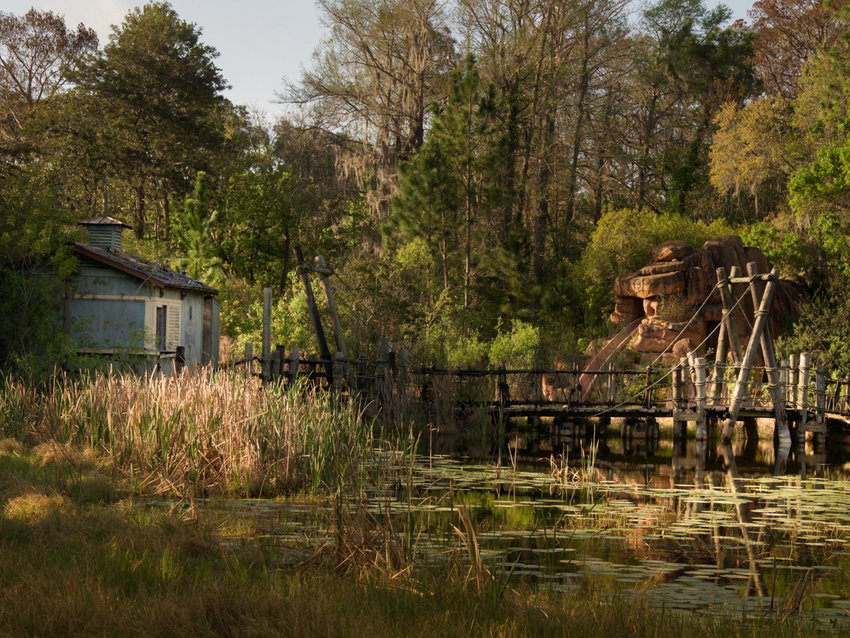 Seph LawlessRiver Country closed down after multiple deaths occurred in the park.

Anything that’s been abandoned is creepy to begin with, but abandoned Disney parks have a particularly unsettling quality to them that’s hard to shake.

Disney has ditched several projects over the years for various reasons, but often these parks have been left intact to decay naturally over time. The result is eerie remains of what once was part of “the happiest place on Earth.”

Take a look inside a few of the Disney – and Disney-adjacent – theme parks that have abandoned over the years.

Discovery Island in Bay Lake has been abandoned since 1999. 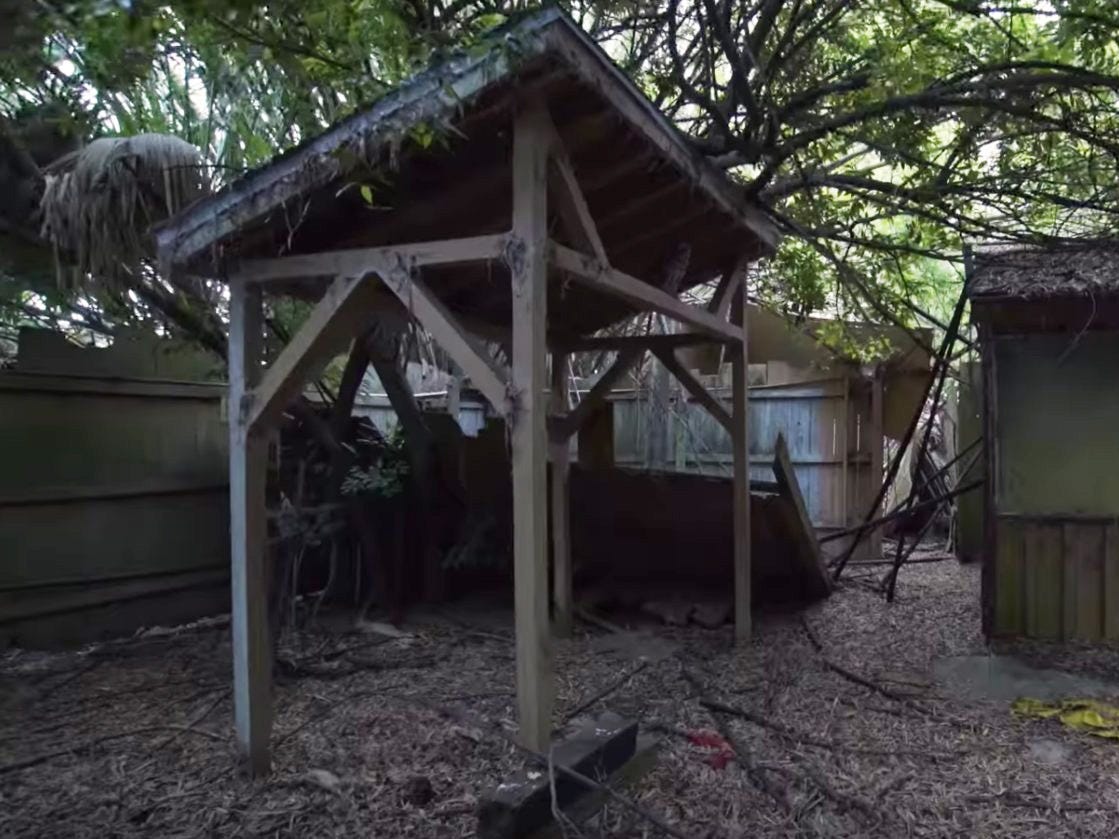 The island could only be accessed from a Disney resort boat or a Walt Disney World Cruise and was known as a premier tourist destination from the 1970s to the 1990s.

It was originally called “Treasure Island” when it opened in 1974 as a bird sanctuary. 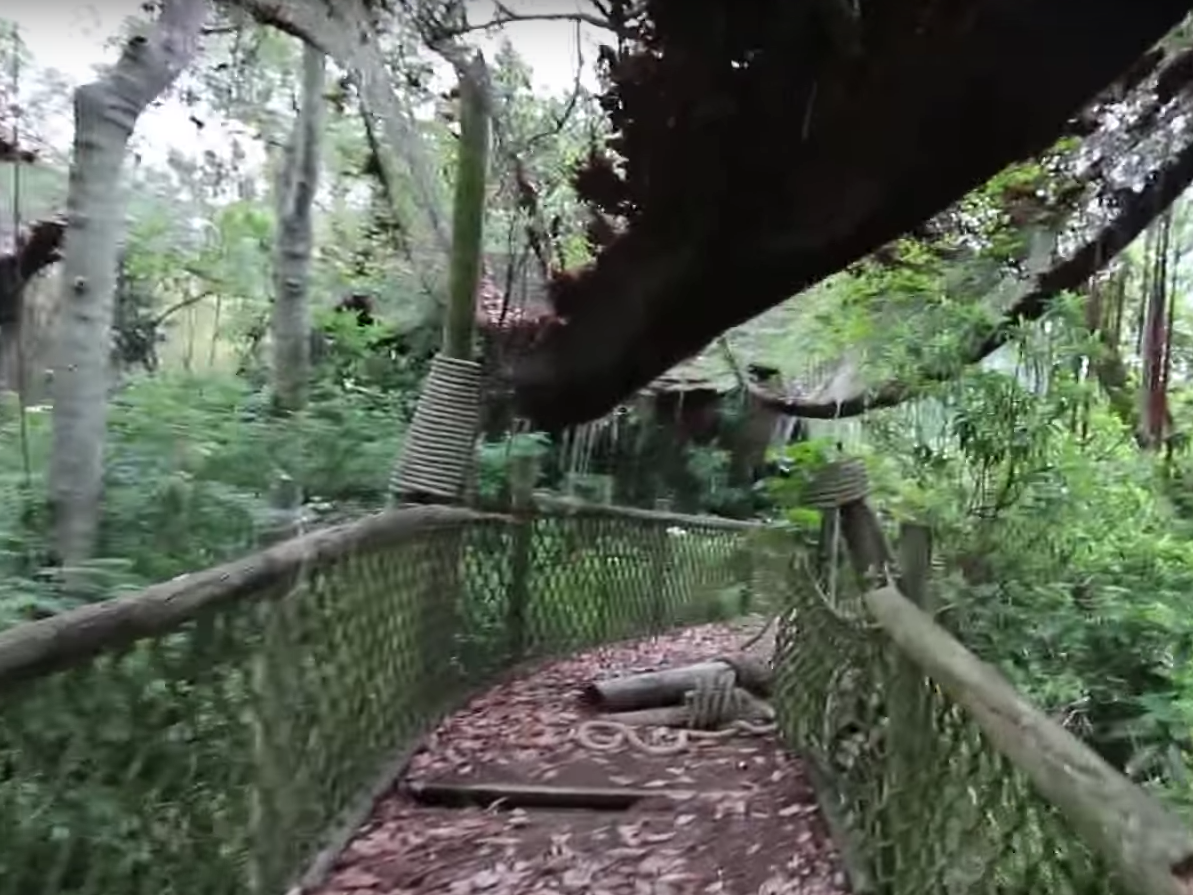 It was rebranded as “Discovery Island” in 1978, and it featured a range of exotic animals, an aviary, flamingo pool, and a beach for tourists. 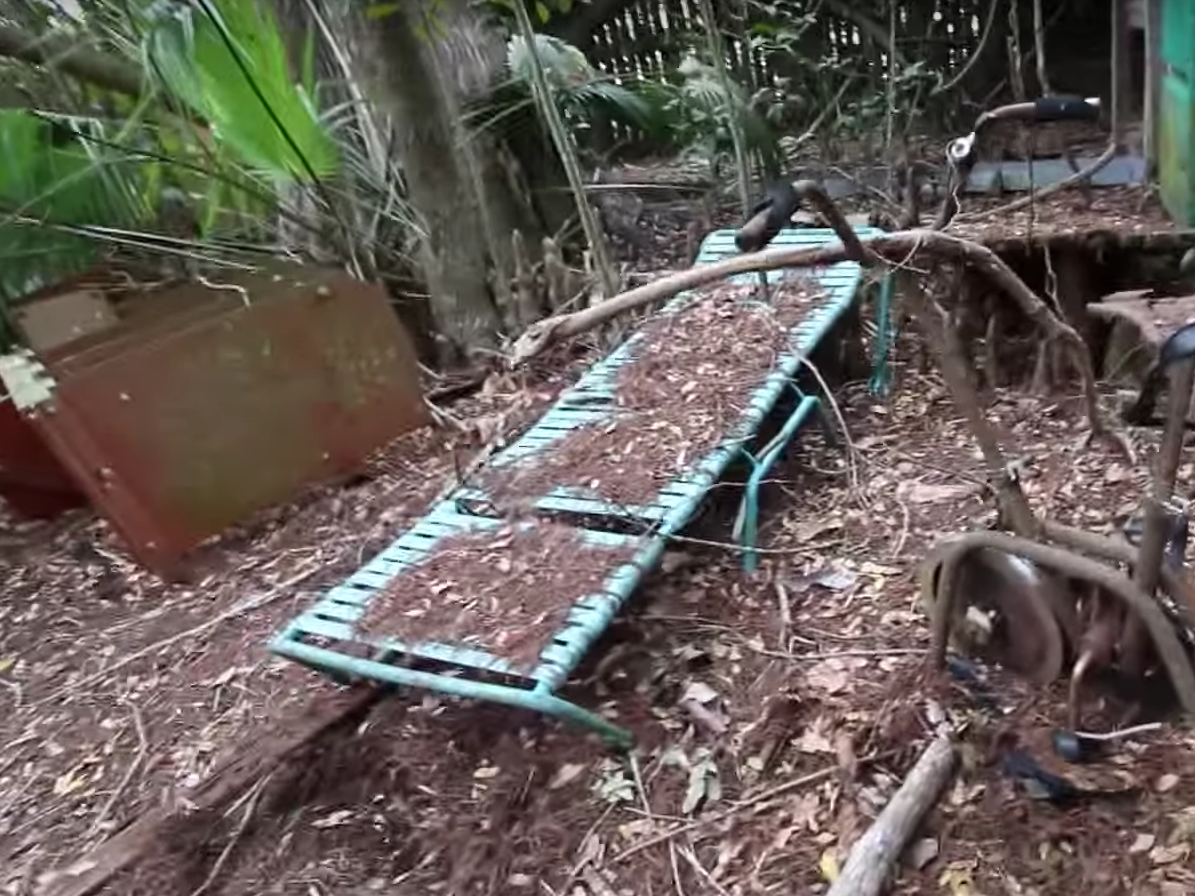 Matt Sonswa/YouTubeOne of the beach chairs that was left on the island.

Reasons it closed included a fear of wild-roaming alligators, accusations of staff mishandling the birds, and deadly bacteria found in the park’s waters.

When it closed, the animals were moved to Disney World’s Animal Kingdom Resort nearby. 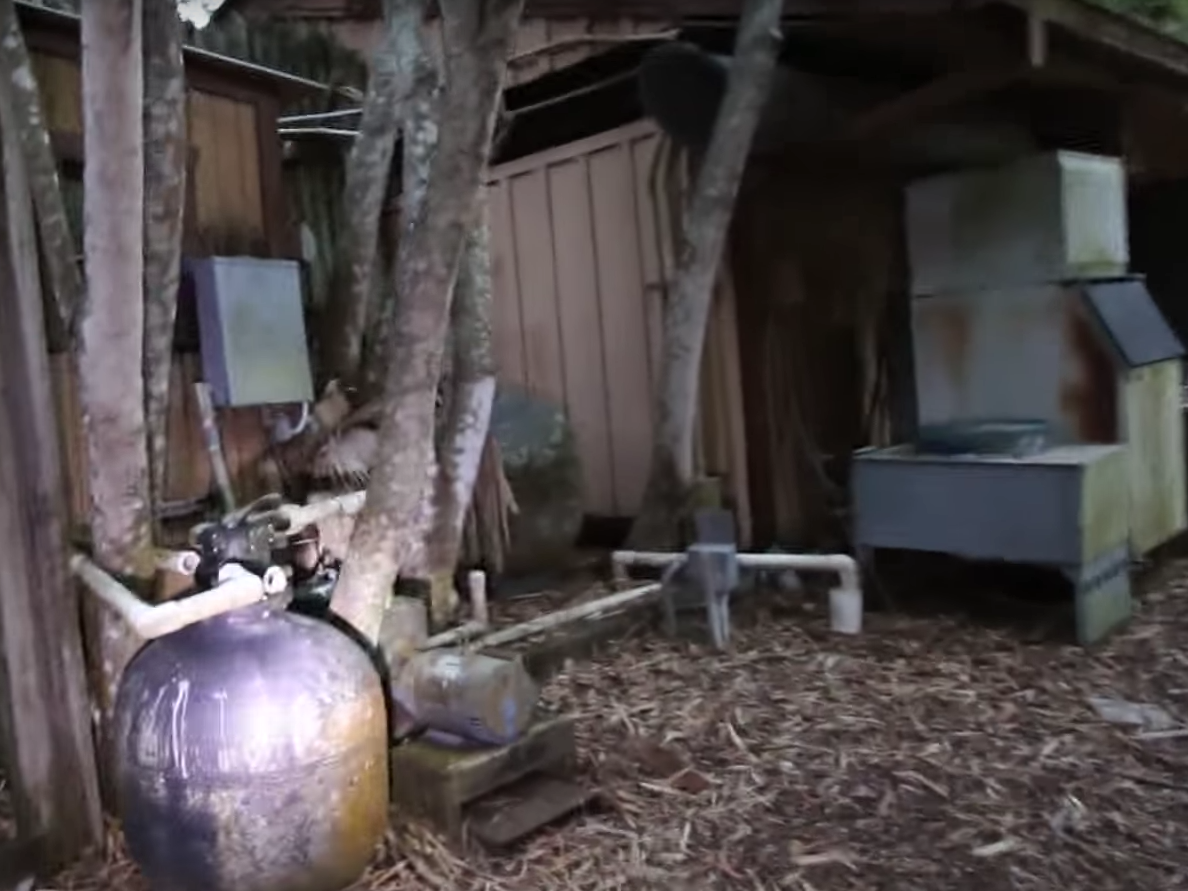 Matt Sonswa/YouTubeThe equipment has all been decaying since the area was abandoned.

The island has not been maintained since.

Visitors are prohibited from exploring the island. 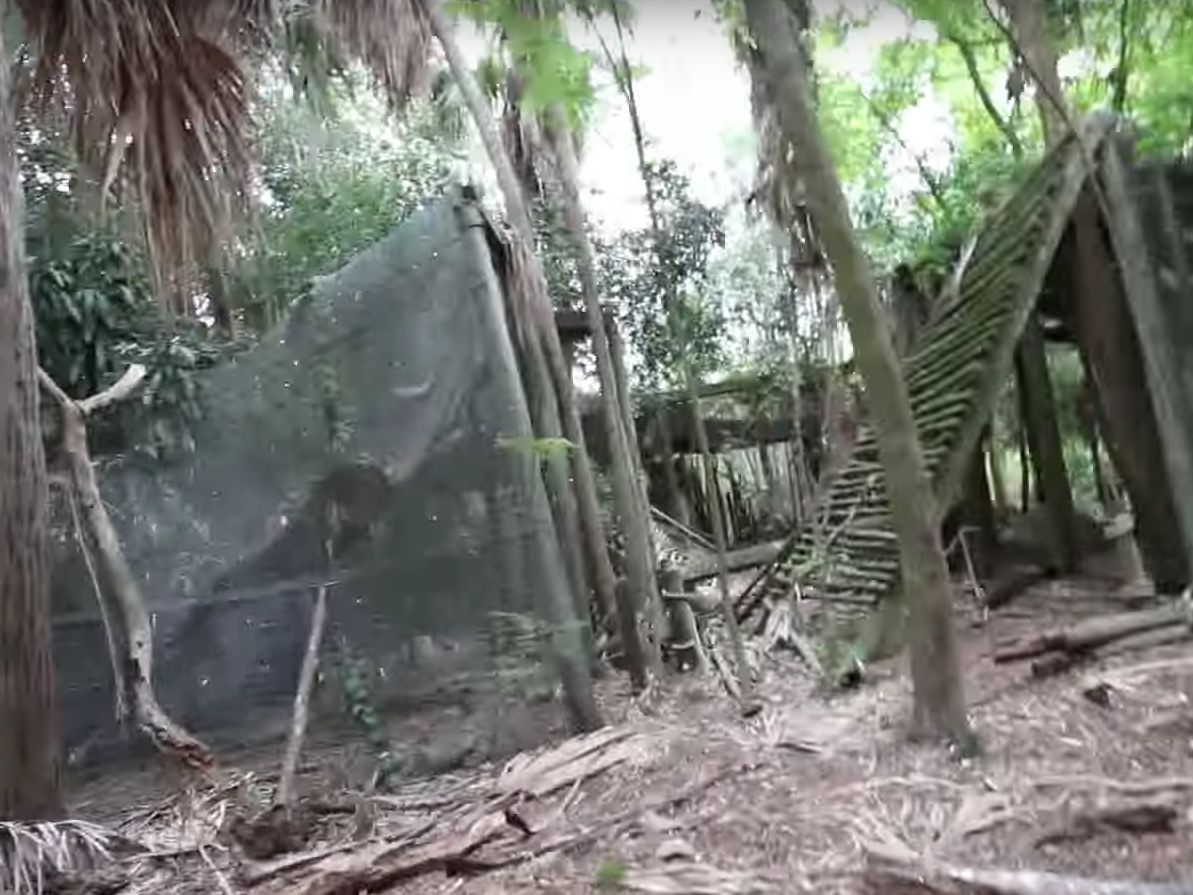 MattSonswa/YouTubeMore of the remnants of Discovery Island.

Those caught trespassing could be arrested and banned from Disney World.

In fact, earlier this year, that exact scenario happened. According to a police report acquired by USA Today, Richard McGuire, 42, of Mobile, Alabama, was arrested on April 30 after camping on Discovery Island for multiple days.

McGuire told police officers he was not aware that the park was closed to visitors. 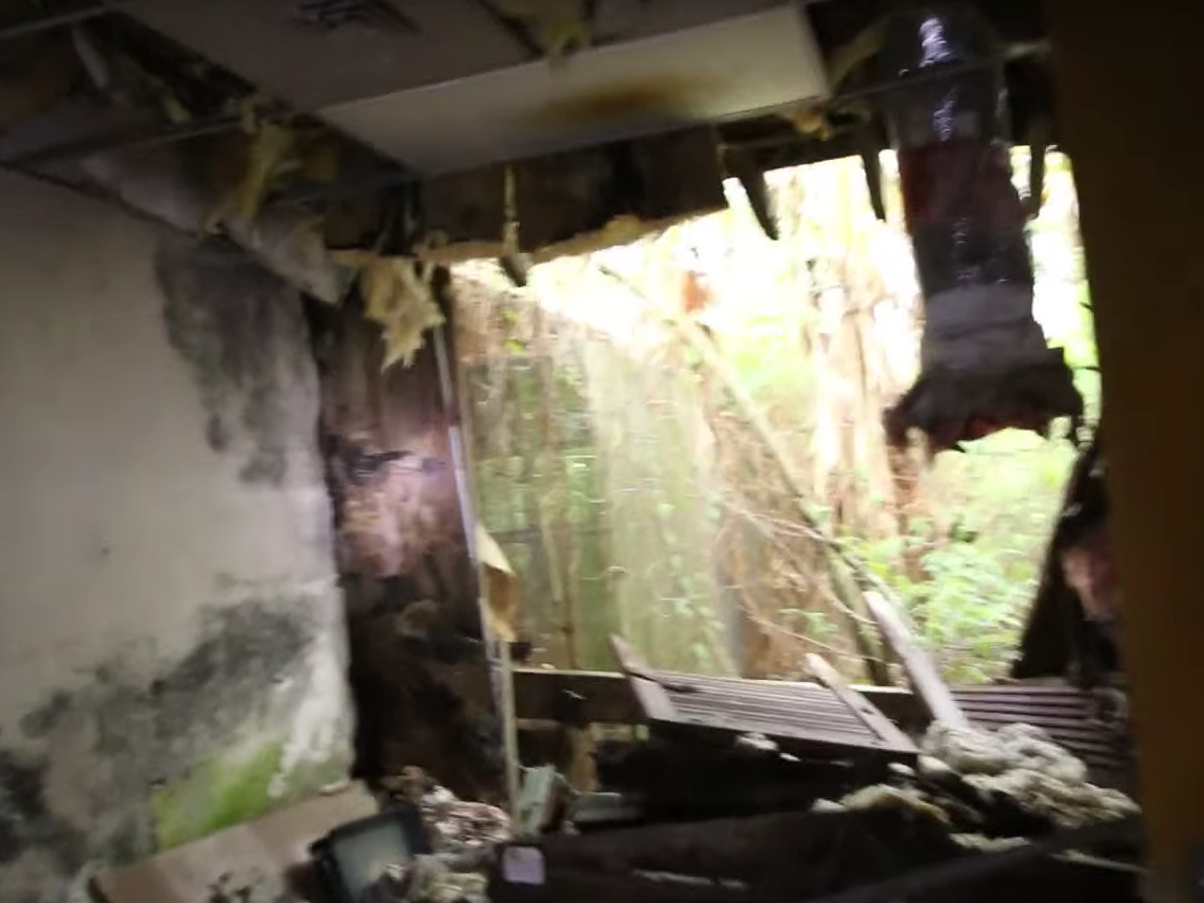 Matt Sonswa/YouTubeThe buildings are starting to fall apart after years of abandonment.

Even if visitors were allowed, you probably wouldn’t want to check out the area anyway.

Though some have sneaked onto the island to film the forgotten remains, the decrepit, abandoned buildings and overgrowth could pose a serious safety hazard to those who dare to enter the island.

After opening as the first water park at the Walt Disney World Resort in 1976, Disney’s River Country closed in November 2001.

You can check out more photos from photographer Seph Lawless’ expedition to the island here.

The park was designed to look like a swimming hole, with an artificial mountain featuring water slides. 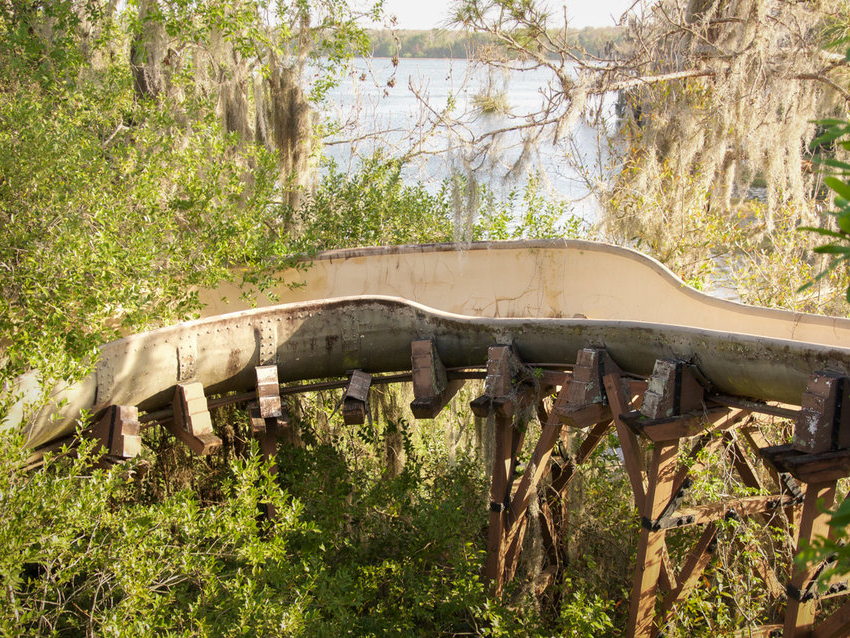 As Disney’s first water park, it was very popular.

River Country was very successful when it first opened, but in 1980 a boy died there due to an amoeba that breeds in freshwater. 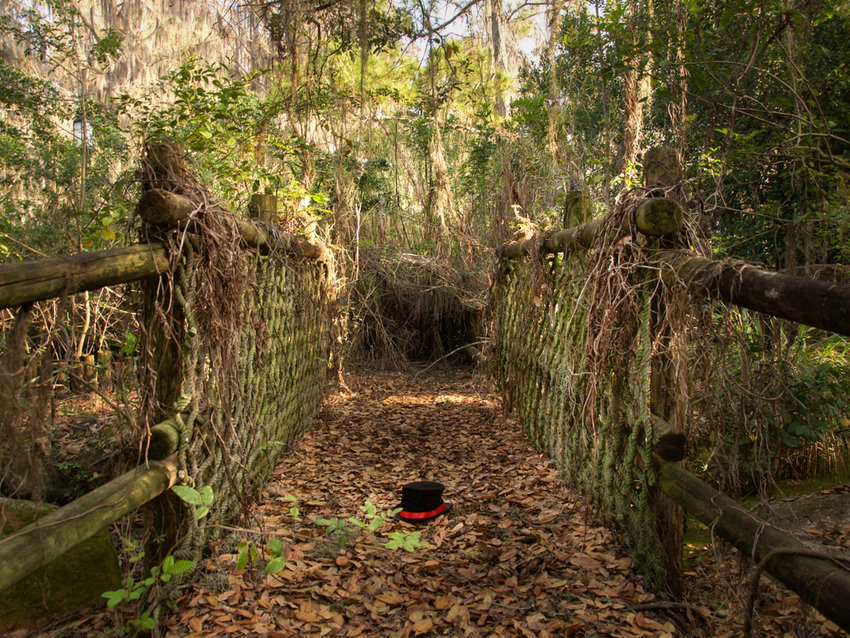 Seph LawlessA hat lies abandoned in the middle of a bridge in River Country.

The amoeba attacked his brain and nervous system, resulting in his death. Disney was absolved for this because the amoeba could have bred anywhere. 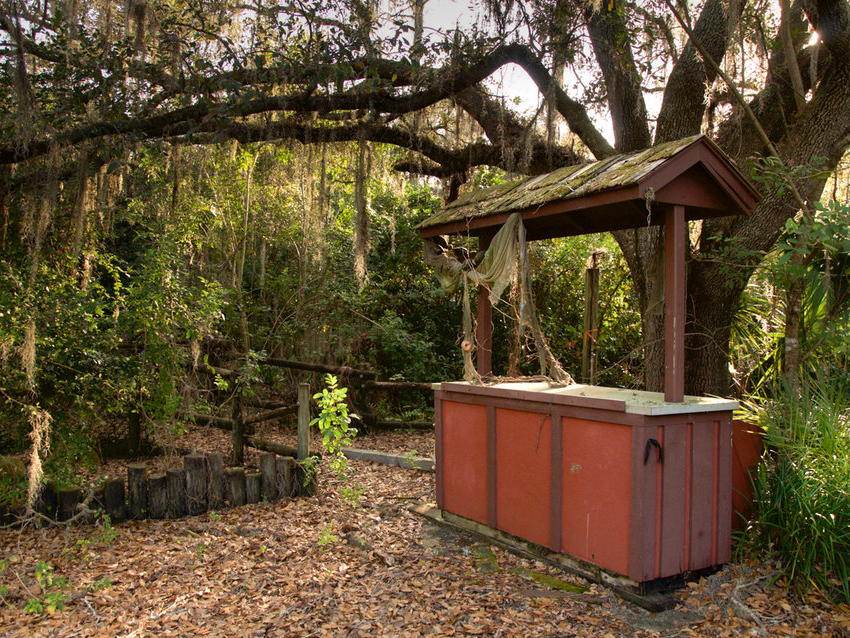 Disney was sued by the family, who claimed that there was no warning about how deep the water was. A lifeguard testified that they had to save dozens of kids from that slide daily. 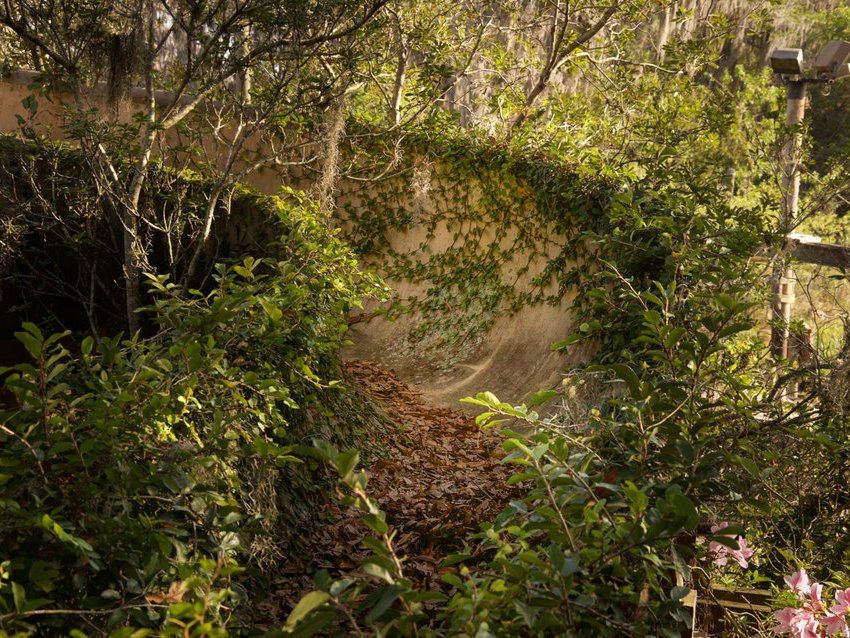 Seph LawlessMore of the water slide at River Country, covered with foliage.

However, the park continued to operate until 9/11, when a country-wide setback in tourism forced Disney to cut opening hours.

River Country then shut its doors for maintenance but never reopened. Disney announced its permanent closure in 2005, despite it having laid abandoned for three years before that.

Now the park is overgrown and decaying, and the area has a haunting quality to it. 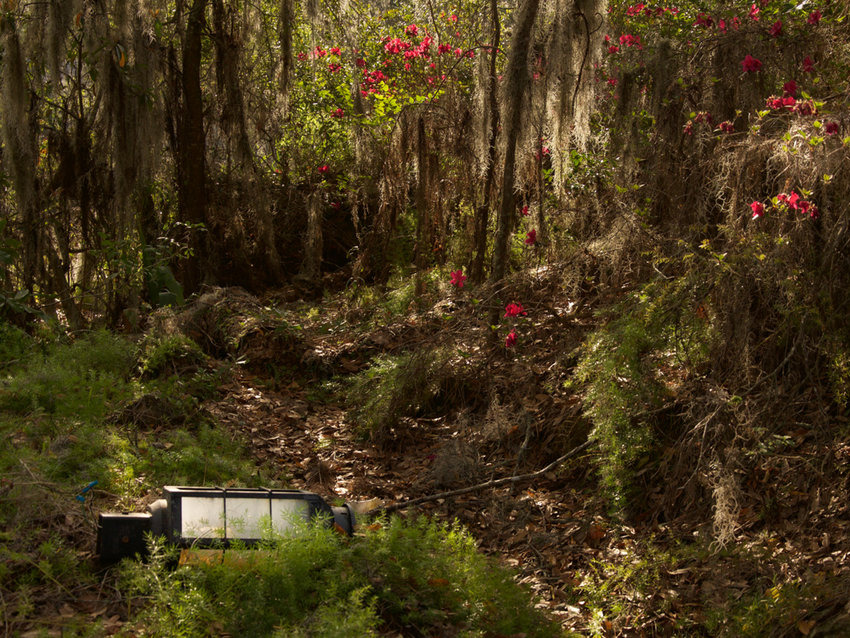 Seph LawlessSeph Lawless says it looks like something out of another world.

The area is much different than it was when originally advertised in 1976.

One of their advertisements said, “Bring a swimsuit and a smile. You’re likely to wear both out at River Country.” 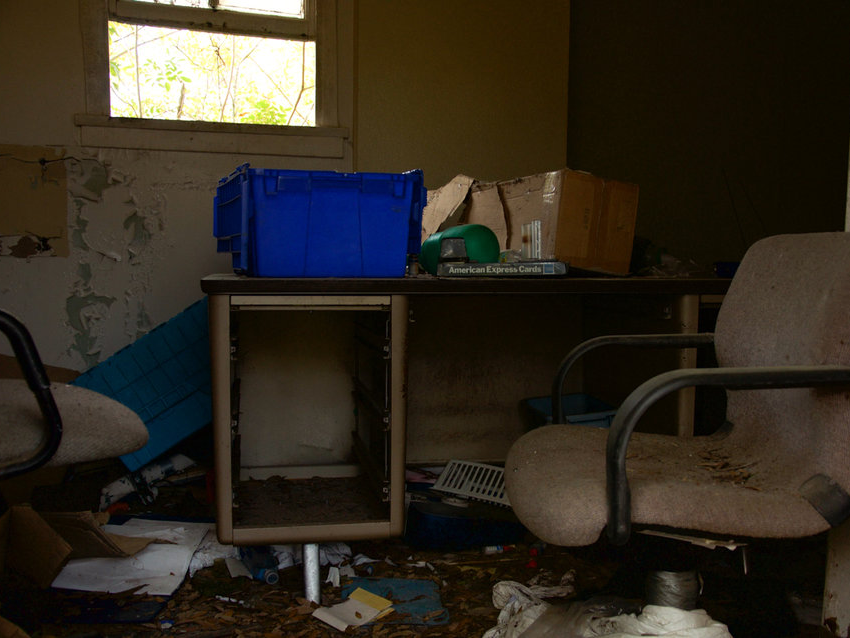 Seph LawlessThe interior of the buildings is now in complete disarray.

Now that it’s abandoned, that advertisement sounds much creepier.

Nara Dreamland wasn’t a “real” Disney resort, but it was built to resemble one. 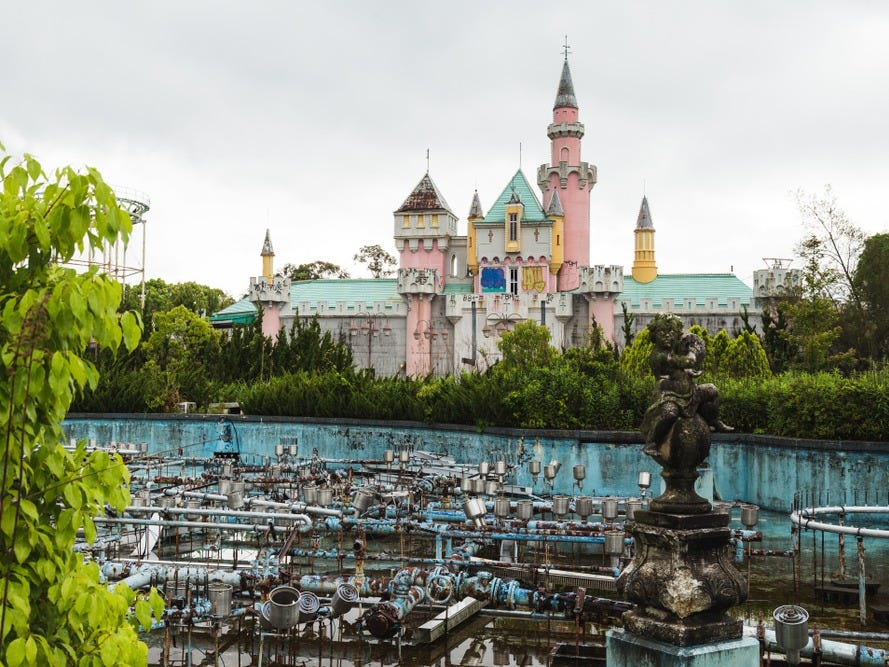 It opened in 1961 as a Japanese version of California’s Disneyland, complete with its own Main Street USA and Sleeping Beauty’s castle. 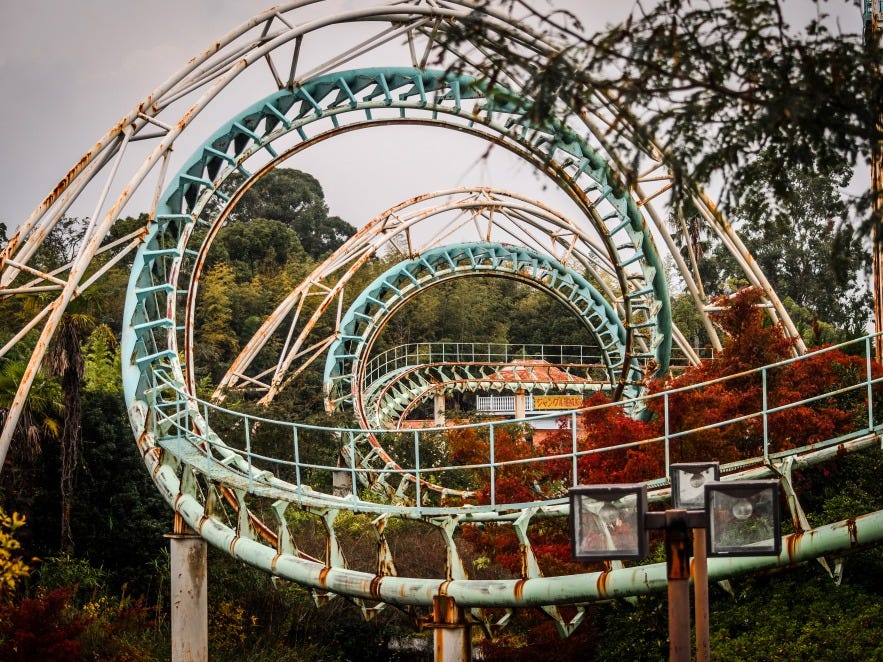 It closed in 2006 due to dwindling attendance.

The desolate park had an eerie feel to it without any visitors. 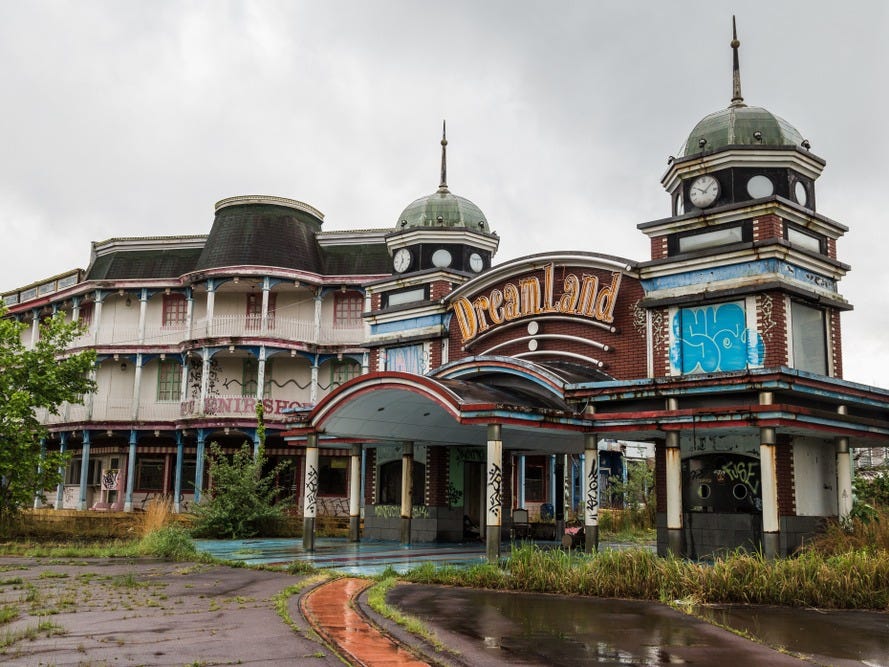 In 2016, the park was demolished, meaning no more visitors could stop by to photograph its creepy forgotten rides.