9 abandoned airports around the world and the history behind them From deserted Olympic venues to silent amusement parks to hotels that haven’t had guests in centuries, abandoned places continue to capture the imagination of urban explorers and curious people around the world.

As places we normally think of as crowded, busy hubs of travel,airports are particularly eerie when they have been sitting unused for years.

Here are nine eerie abandoned airports around the world – and how they got to be this way.

Photographer Roman Robroek visited the Sukhumi Babushara Airport in Abkhazia that hasn’t been used since the early 1990s. 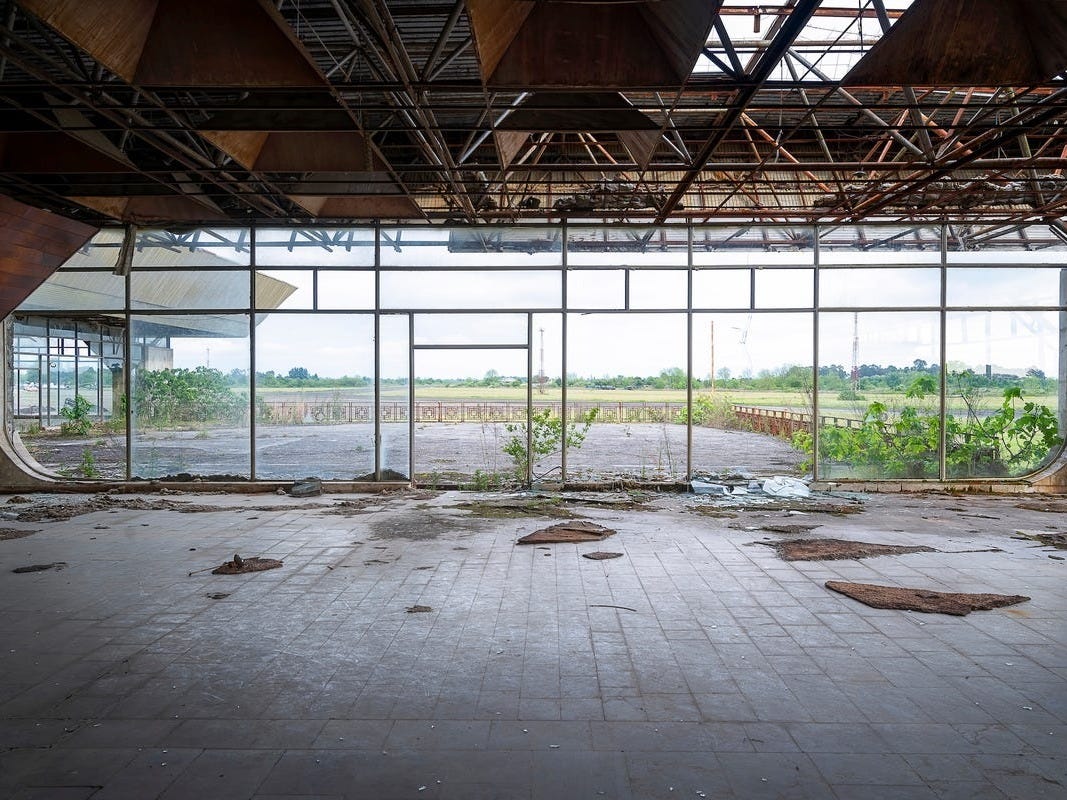 The airport was built in the 1960s, but fell into disuse after it was damaged in a war with Georgia.

“Concrete staircases leading to an empty upper level were some of the only structures I saw standing,” Robroek wrote for Business Insider. 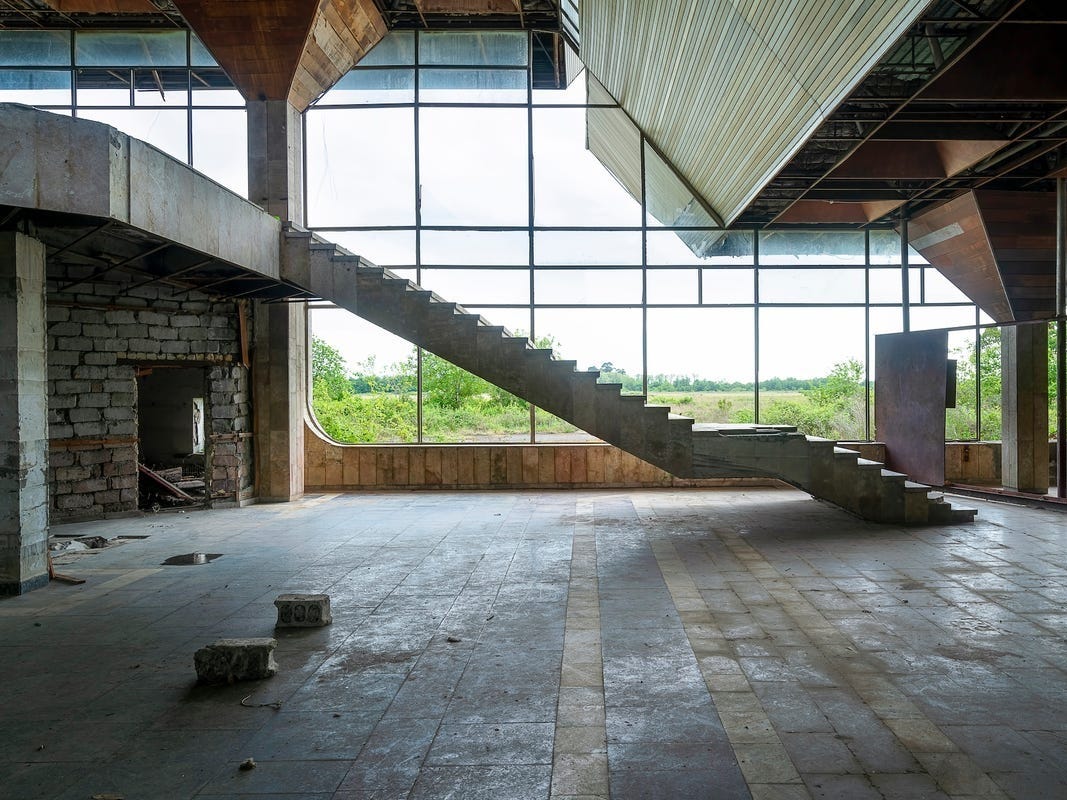 The airport was full of landmines until 2003, when the HALO Trust declared that they had all been removed.

No passengers or planes have ever passed through Jaisalmer Airport in Rajasthan, India. The airport cost $US17 million to build and was supposed to open in 2013.

The smaller airport couldn’t compete with larger travel hubs in the area. 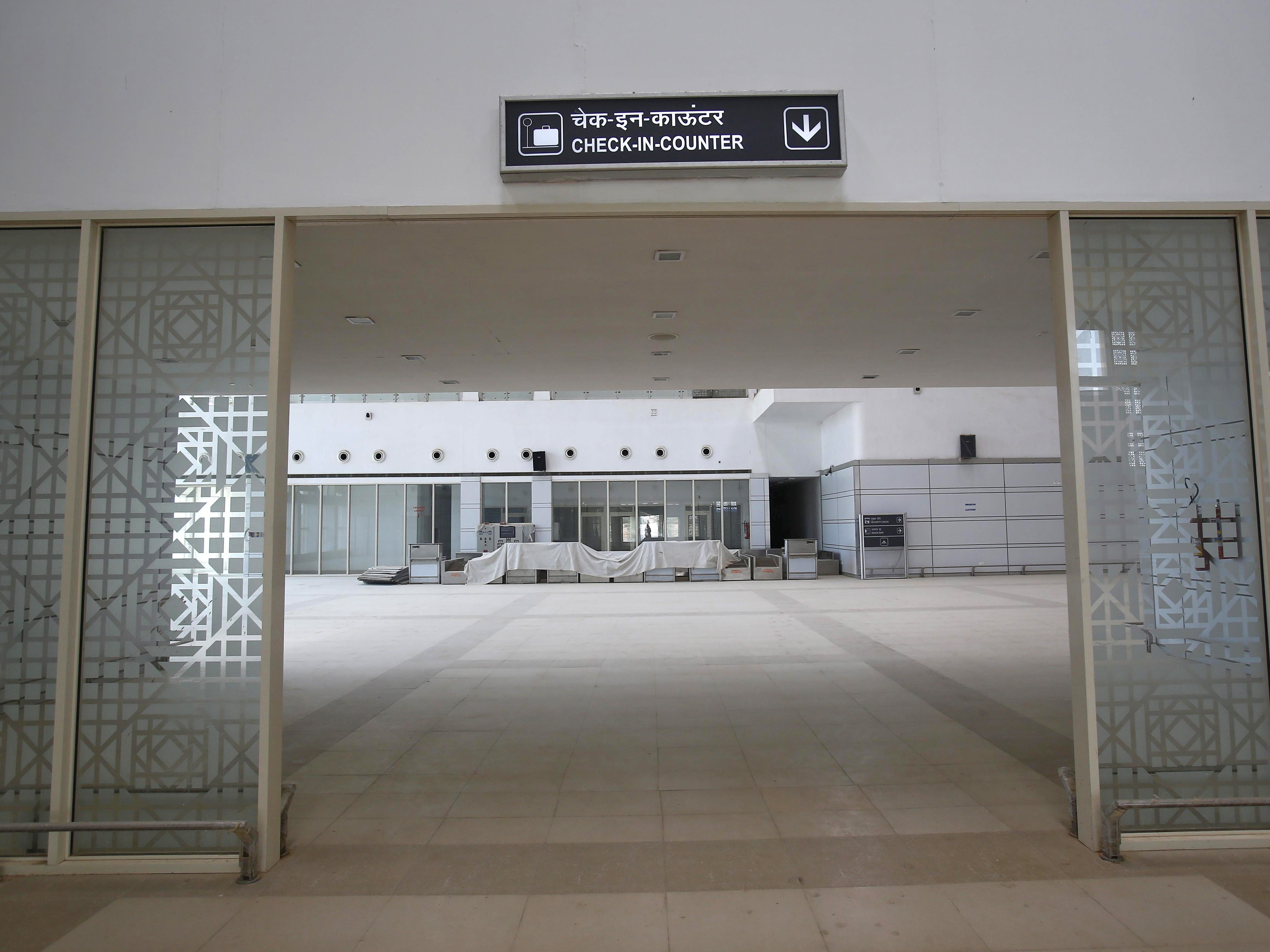 According to Reuters, Jaisalmer was one of more than 200 no-frills airports planned by India’s previous government that were meant to encourage travel and commerce in more remote parts of the Indian subcontinent.

Hellenikon International Airport in Greece was the city’s main hub for commercial air travel for 60 years. Hellenikon International Airport started as a military airbase in 1938. 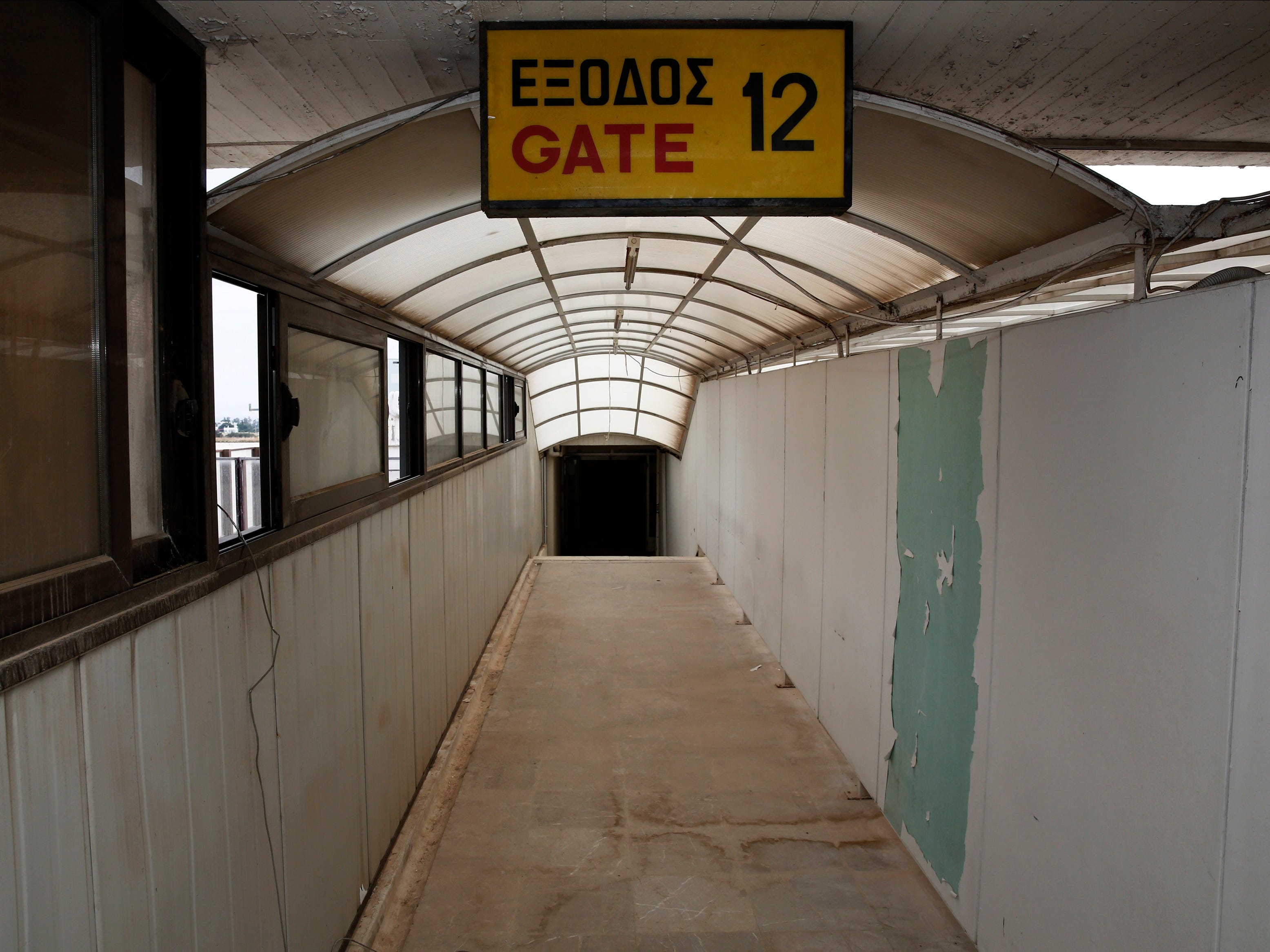 Nicosia International Airport in Cyprus was built as a military airfield in the 1930s. 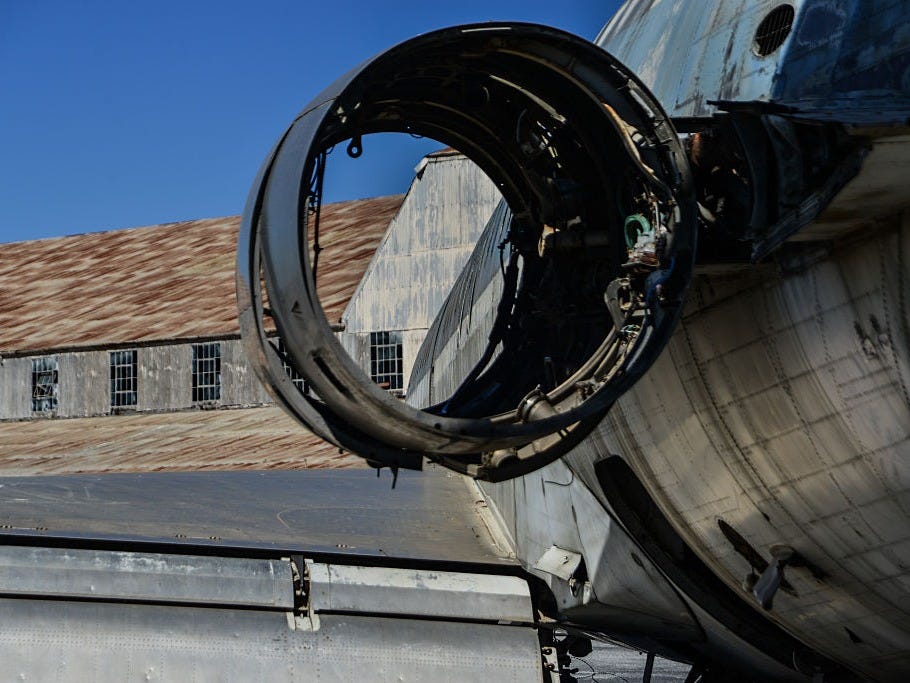 It shut down when it became the centre of fighting in a military coup by Greek nationalists.

It became part of a demilitarized zone in 1974. 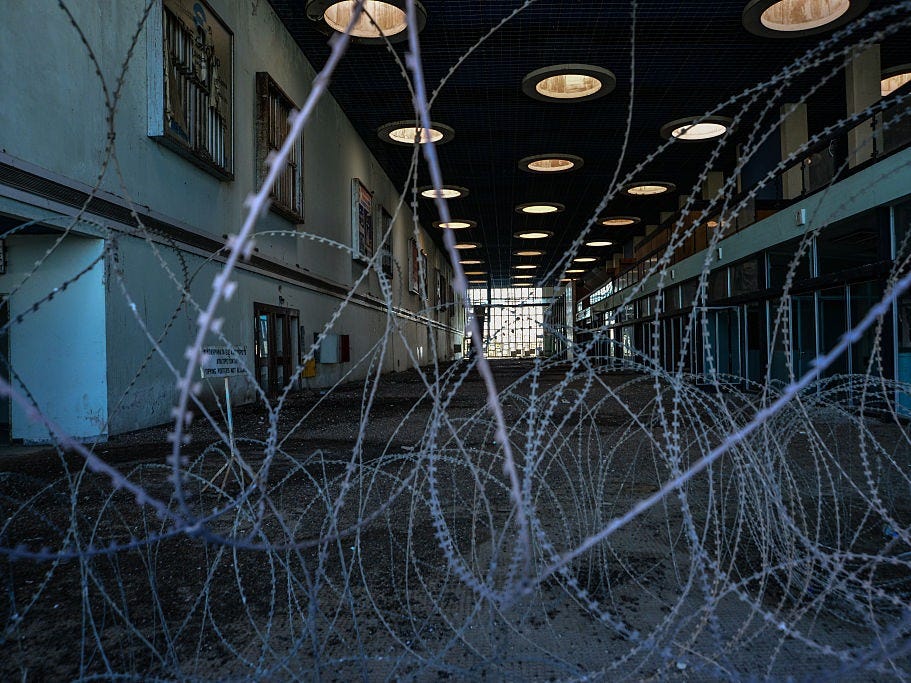 Two new airports have since opened in the Republic of Cyprus, but Nicosia remains empty.

Manston Airport in England closed in 2014. The airport’s owner sold it to property developers, taking 144 jobs along with it.

According to a report by Kent County Council and reported by Kent Online, the airport simply wasn’t profitable. 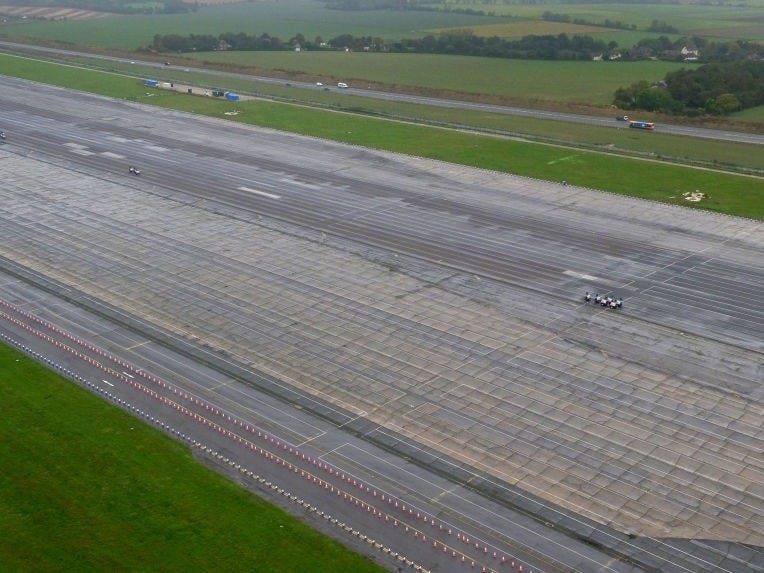 Gareth Fuller/PA Images via Getty ImagesAerial view of the runway at Manston Airport.

The airport lost more than £100 million ($US123 million) during its 16 years under private ownership. A company submitted a proposal to reopen the airport in 2018, but it has yet to be approved. The space was most recently used to park trucks stuck in post-Brexit traffic jams.

Tempelhof Airport in Berlin, Germany, was built by the Nazis between 1936 and 1941, and used to build combat aircraft and weapons. The airport remained intact during World War II because the Allied forces wanted to use it after the war. The US took over the facility until 1993, when they handed it back over to the Berliner Flughafengesellschaft, a German airport operator. In 2014, voters chose to preserve the site as is.

The abandoned airport is occasionally used as a movie set. 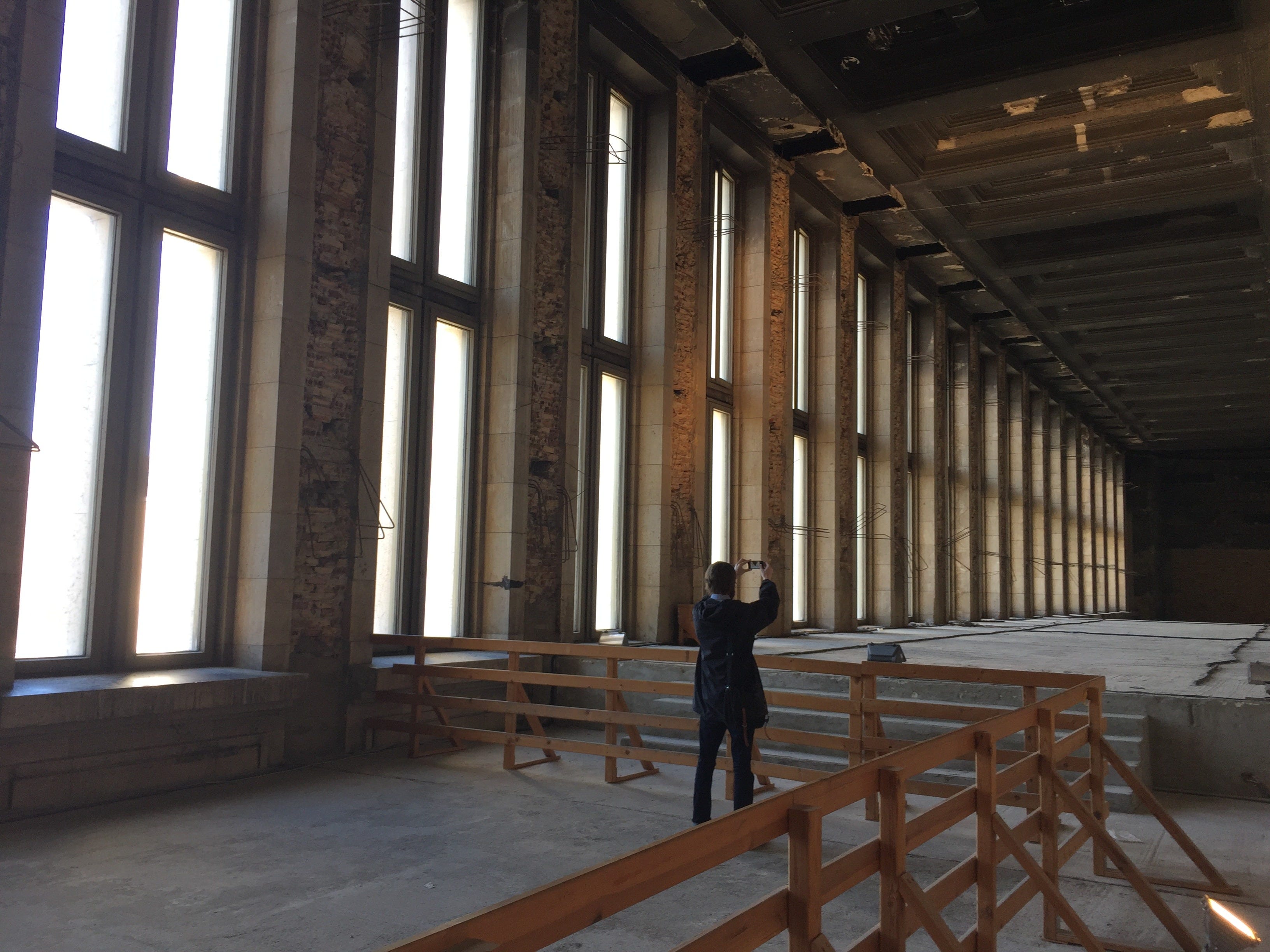 It has appeared in films such as “The Hunger Games,” “The Bourne Supremacy,” and “Bridge of Spies.”

Hong Kong’s Kai Tak International Airport was built in 1925, nestled right in the middle of mountains and high-rise buildings. 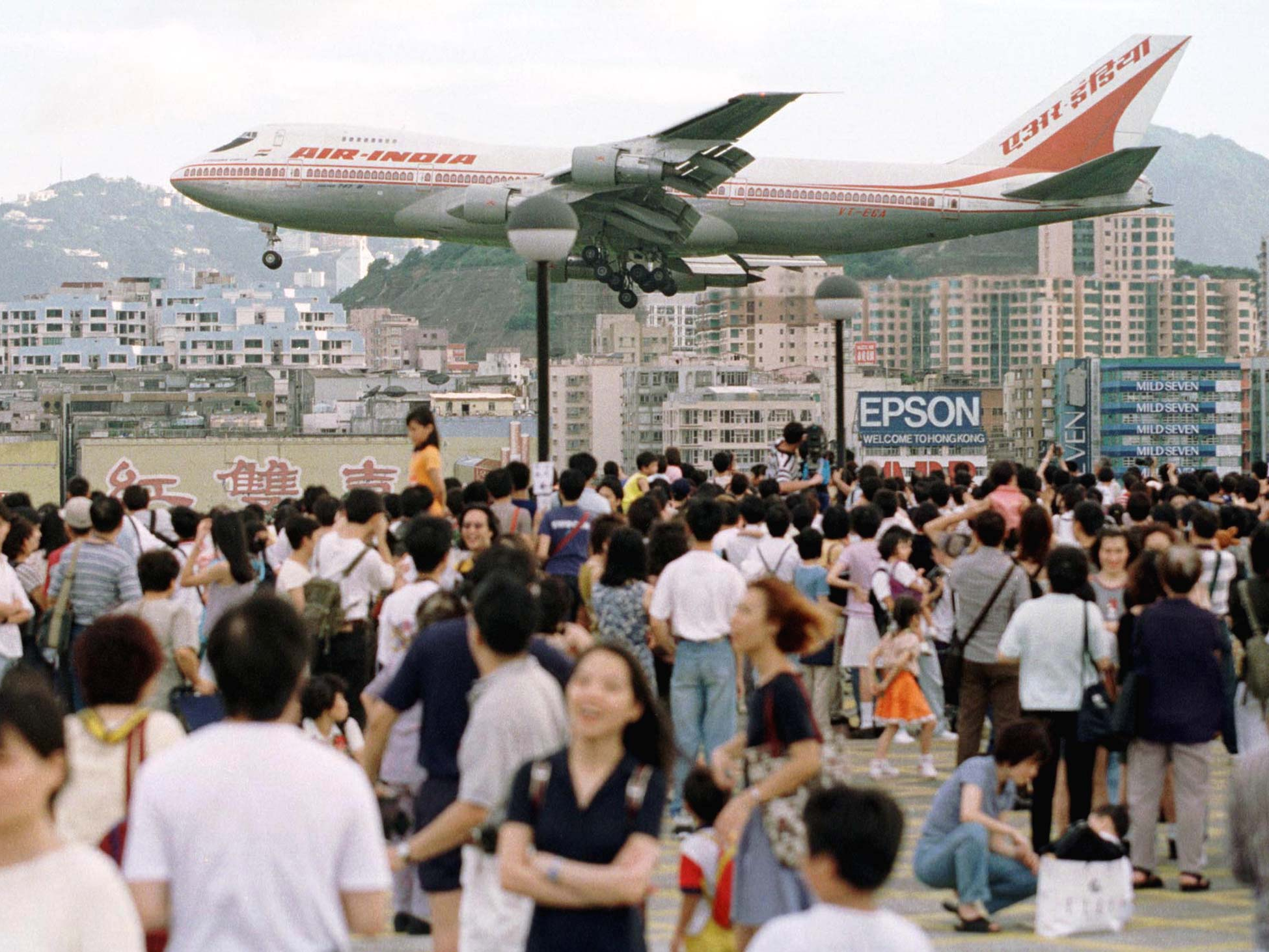 Landing there was tricky, and approaching Runway 13/31 in Victoria Harbour was referred to as the “Kai Tak Heart Attack.“

After one too many botched landings as well as overcrowding issues, the airport shut down in 1998. 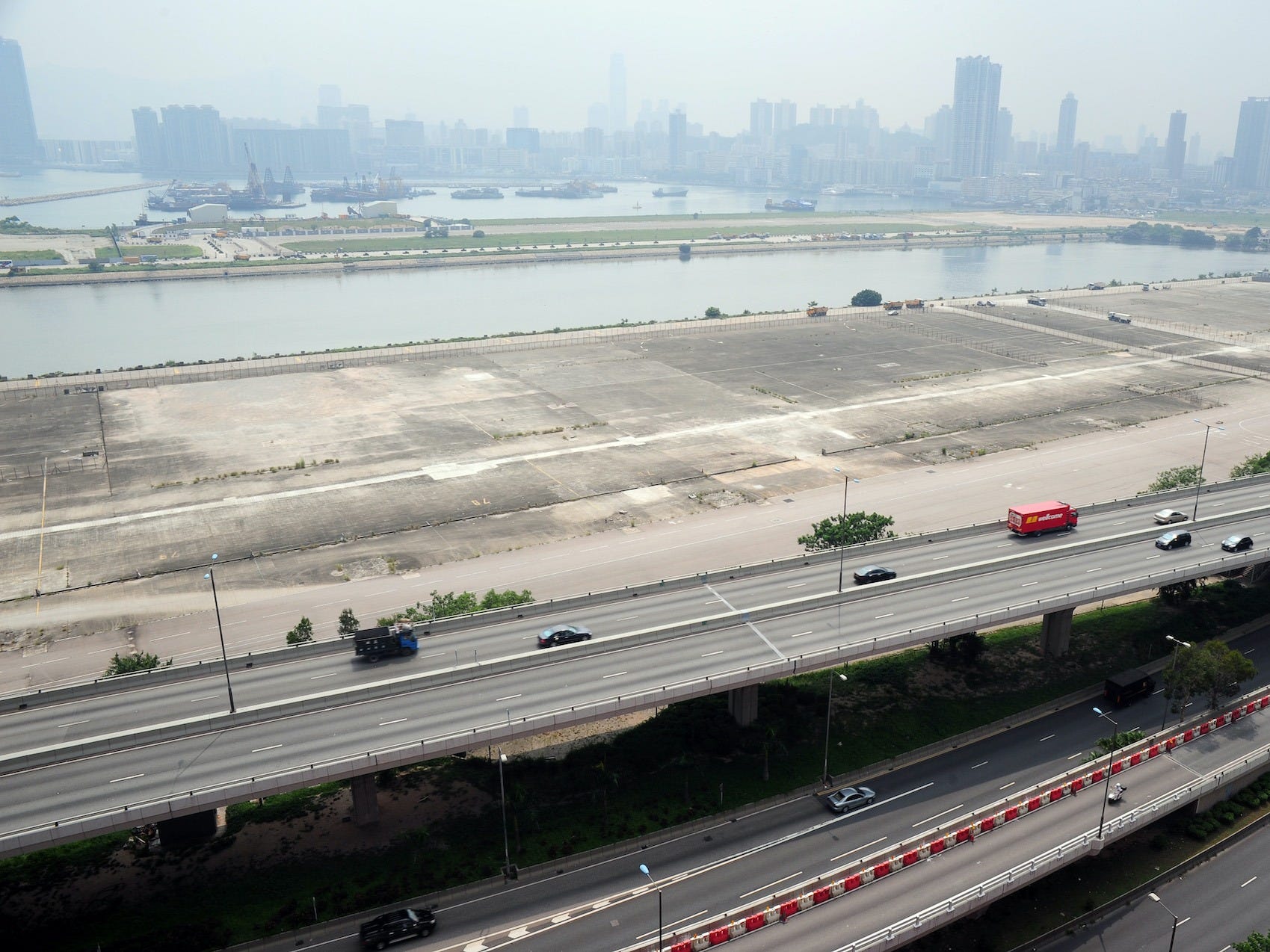 The airport was replaced by Chek Lap Kok on Lantau Island. 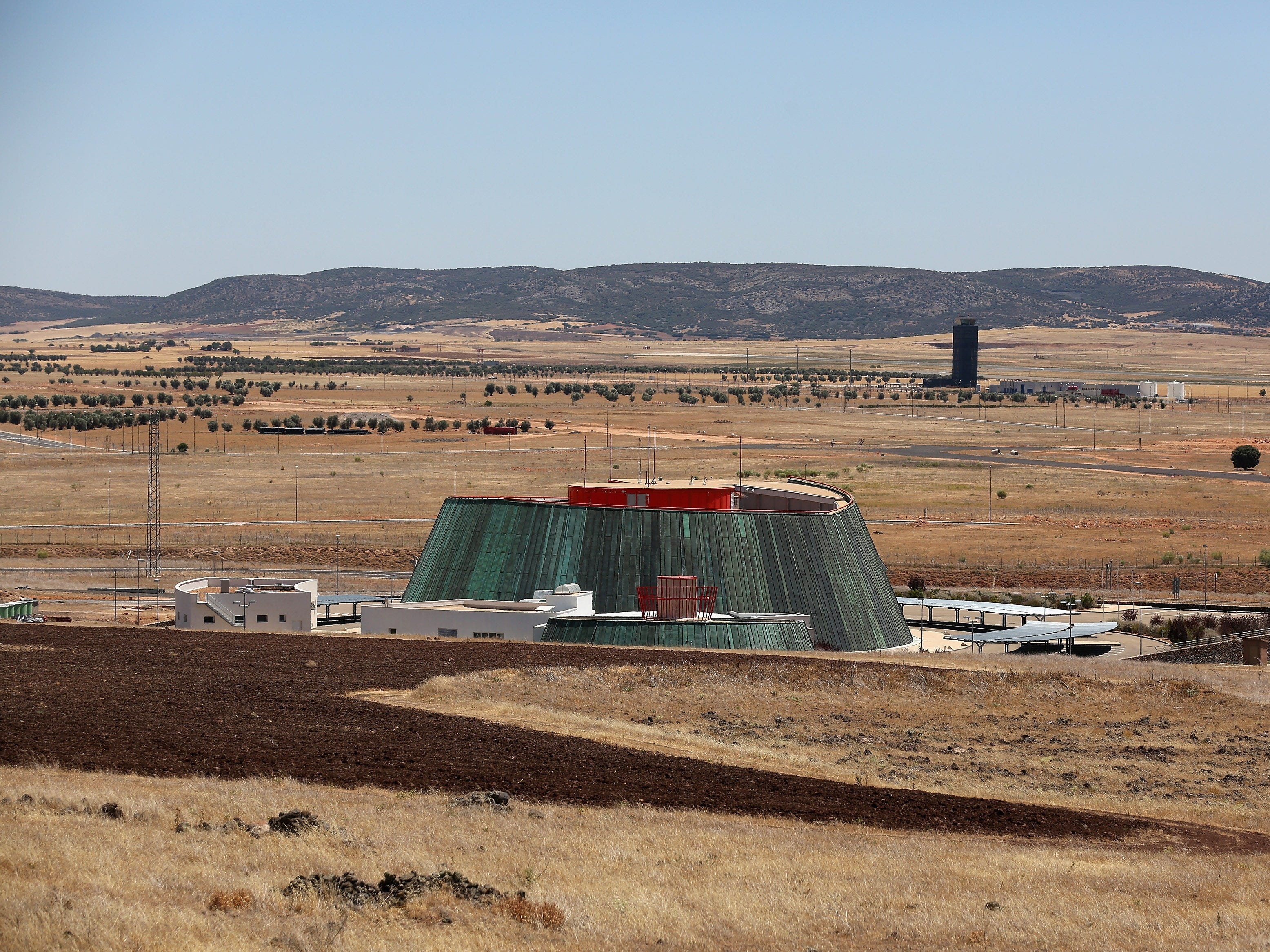 It was sold in a bankruptcy auction in 2015. 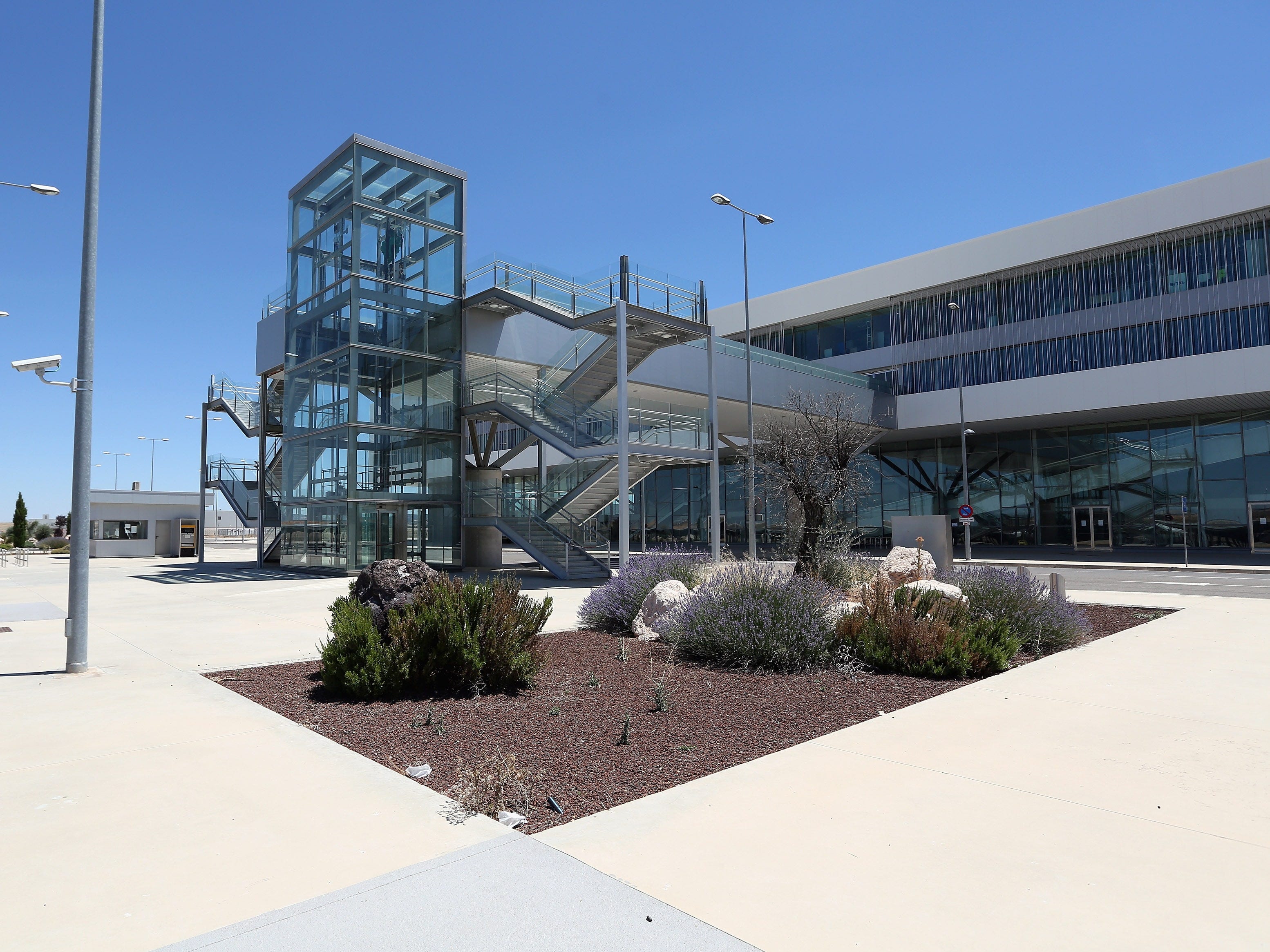 The airport sold for 100,000 times less than it cost to build, BBC reported.

President Bill Clinton flew to Gaza for the opening of the Gaza International Airport in 1998. 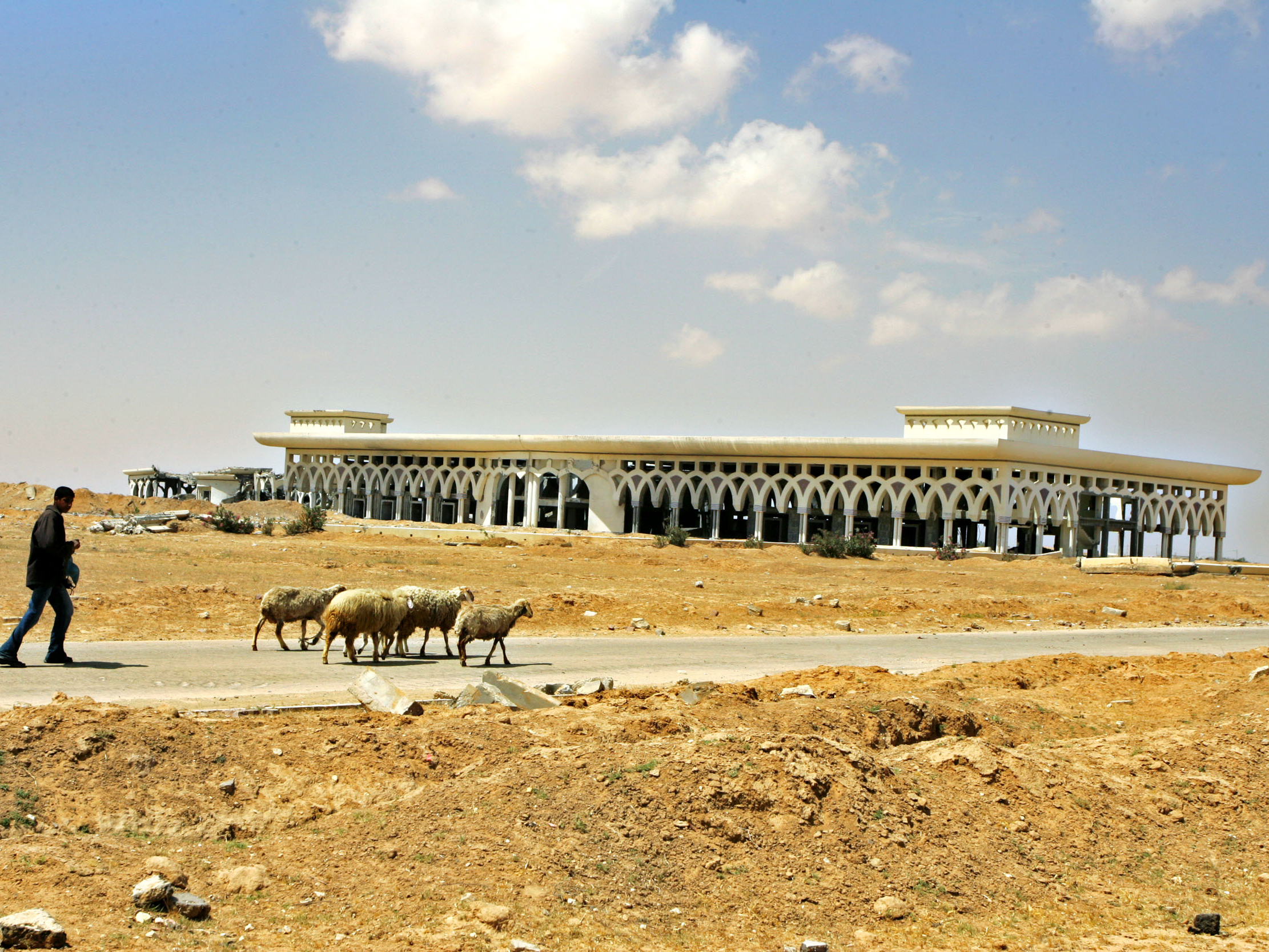 The airport was seen as a step towards peace in the conflict in the Middle East, but the festivities were short-lived. Israeli forces bombed the airport in 2001 in response to Palestinian militant attacks on Israelis in the Al Aqsa intifada.

Today, local Palestinians use the ruined concrete and scrap metal for construction materials. 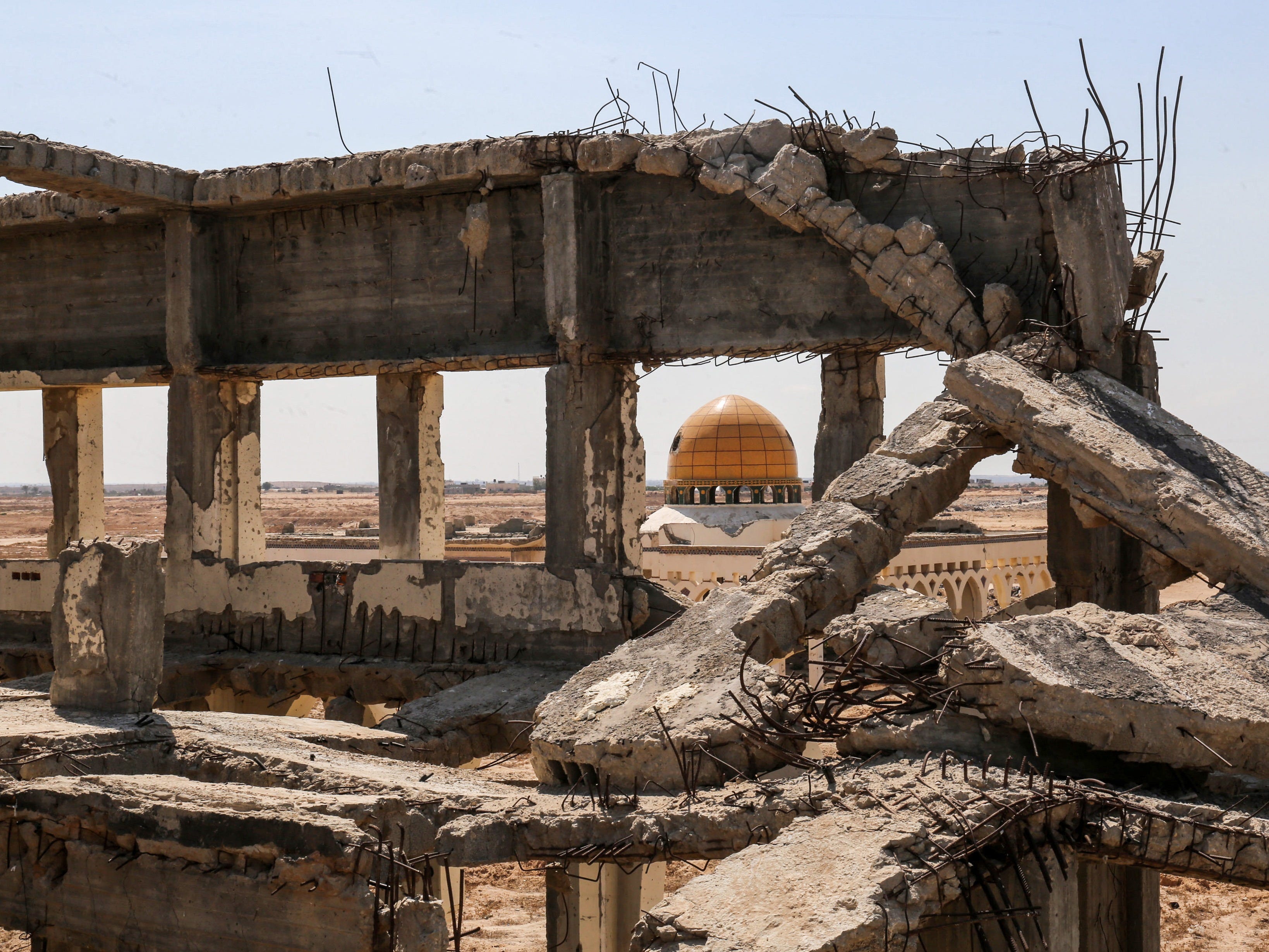 SAID KHATIB/AFP via Getty ImagesThe destroyed and deserted terminal of the Gaza Airport.

The model of Al-Aqsa Mosque in Jerusalem remains somewhat intact.