Yesterday we had our first Founder Summit in NYC. We gathered over 50 founders and CEOs together to provide learnings and lessons on a variety of shared topics.I want to thank all that attended and participated.

We also had a few guest speakers come in. Ray Ozzie gave a talk about his passion & insight about social and mobile. And it was super cool to hear about his experiences on one of the earliest online communities

Our friend David Rosenblatt also led a discussion about his experiences running DoubleClick in good times, bad times and then turning it around and eventually sold to Google for over $3B. David is the cofounder of Group Commerce which is a Spark portfolio company and David is also on the Twitter board with me. David is a pure kick arse operator.

David shared a number of lessons and suggestions. One notable one was how a CEO can know whether his/her senior management team is performing. One method David discussed is for the CEO to carefully review his/her own calendar and review all upcoming meetings over the next few weeks.

Then identify which meetings absolutely require the CEO and which ones don’t. If the CEO is going to meetings that should be able to run without him/her then there is likely a problem with the person running that team.

Now, there are plenty of meetings that require a CEO’s direct attention particularly in the early days. But if you get to a place where you have senior executives reporting to you then looking at your calender will give you a sense if you have a problem or not.

I thought it was great advice and something I will make sure I discuss with all of our CEOs that are now running larger organisations. 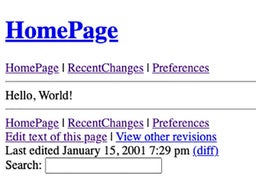