A Texas lawmaker wants secession on the ballot. His supporters say they're dead serious. 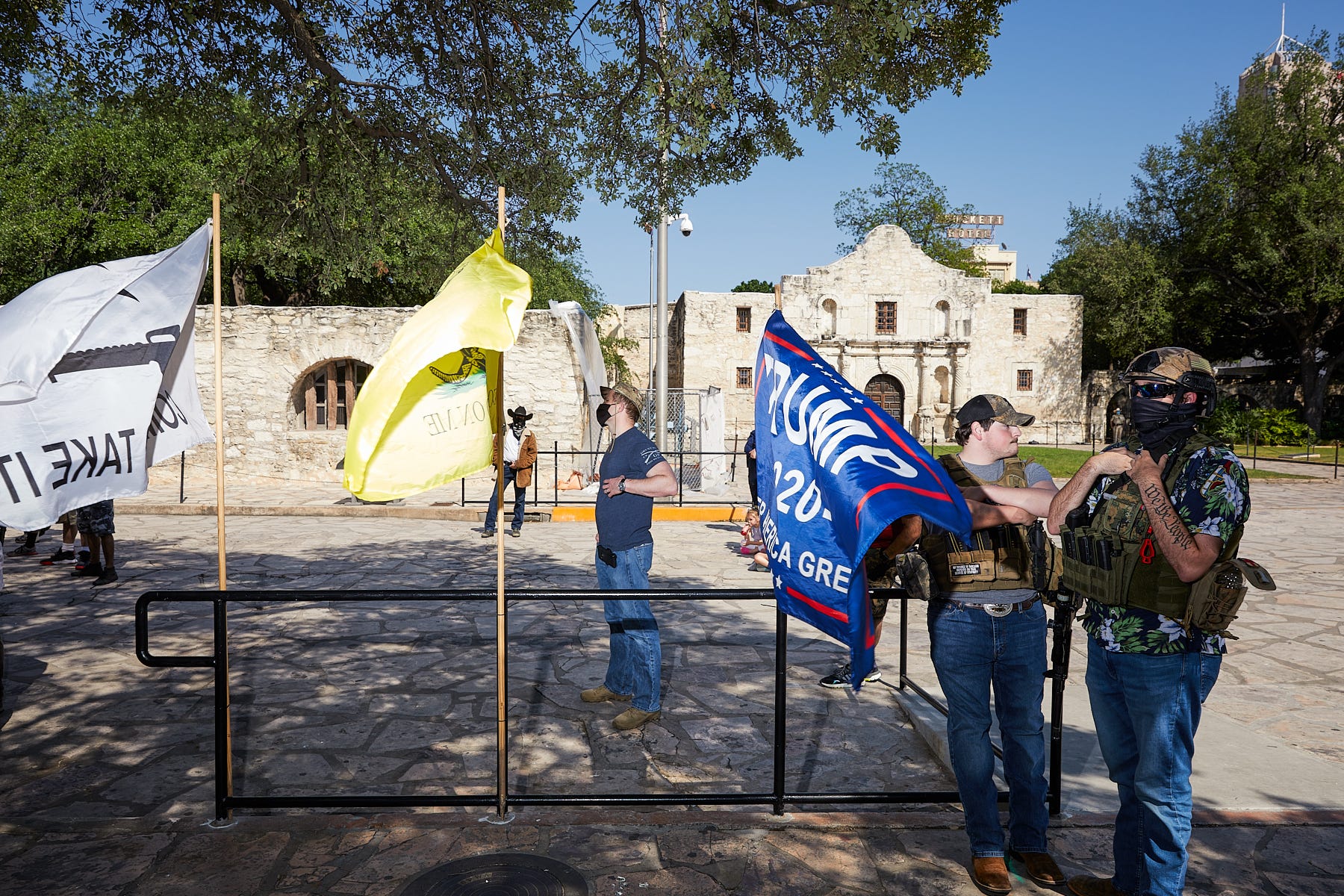 Dave Creaney/Anadolu Agency/Getty ImagesProtestors outside of The Alamo in San Antonio, Texas on April 25, 2020.

On the second Saturday of every month, Karl Gleim marches at the Alamo battle site in San Antonio. He lays a ceremonial wreath to mark Texas’ fight for independence from Mexico in 1836 and the Texas secession effort he supports today.

“It’s not any particular president or political party or any particular person who’s either an idiot or not, as the case may be, whatever,” said Gleim, a retiree who started his monthly marches at the Alamo eight years ago.

“My opinion is, I’m tired of the BS and the stuff that’s been going on for so long and looking at the idiots we’ve been dealing with in Washington for so long,” he said. “Screw that. We can do better than that, locally.”

Texit, as it’s become known, is poised for a major boost this week with the expected introduction of a bill in the state legislature to put the question of secession to voters in a November 2021 ballot referendum.

The notion, which has been batted around Texas for generations, looms much larger now in the wake of the violence at the U.S. Capitol by a virulent mob that attacked police and stormed Congress, causing five deaths. The stunning melee, seemingly encouraged by President Donald Trump, showed just how jagged and raw the divided nation is and how far passionate people might go to reject unwanted rule.

Republican state Rep. Kyle Biedermann, a conservative hardware store owner and gun dealer previously, says he will introduce the bill for a referendum as early as this week on whether Texas should assert its independence from the United States, without revealing any further specifics, in the legislative session that opens on January 12.

“The federal government is out of control and does not represent the values of Texans,” said Biedermann in emailed comments. “My office has been flooded with support from not only Texans, but like minded patriots across the country.”

If his bill survives committees and hearings, it could be put to a vote before the 150 state representatives and 31 senators, who convene at noon on the second Tuesday of January in odd-numbered years for no more than 140 days.

Biedermann once dressed as a “gay Hitler” for a charity fundraiser. In 2017, he tried to survey the state’s Muslim leaders and groups about their views ahead of a meeting he was planning to understand the threat of “radical Islamic terrorism in Texas.” But it’s not clear that his succession push is entirely a fringe idea. 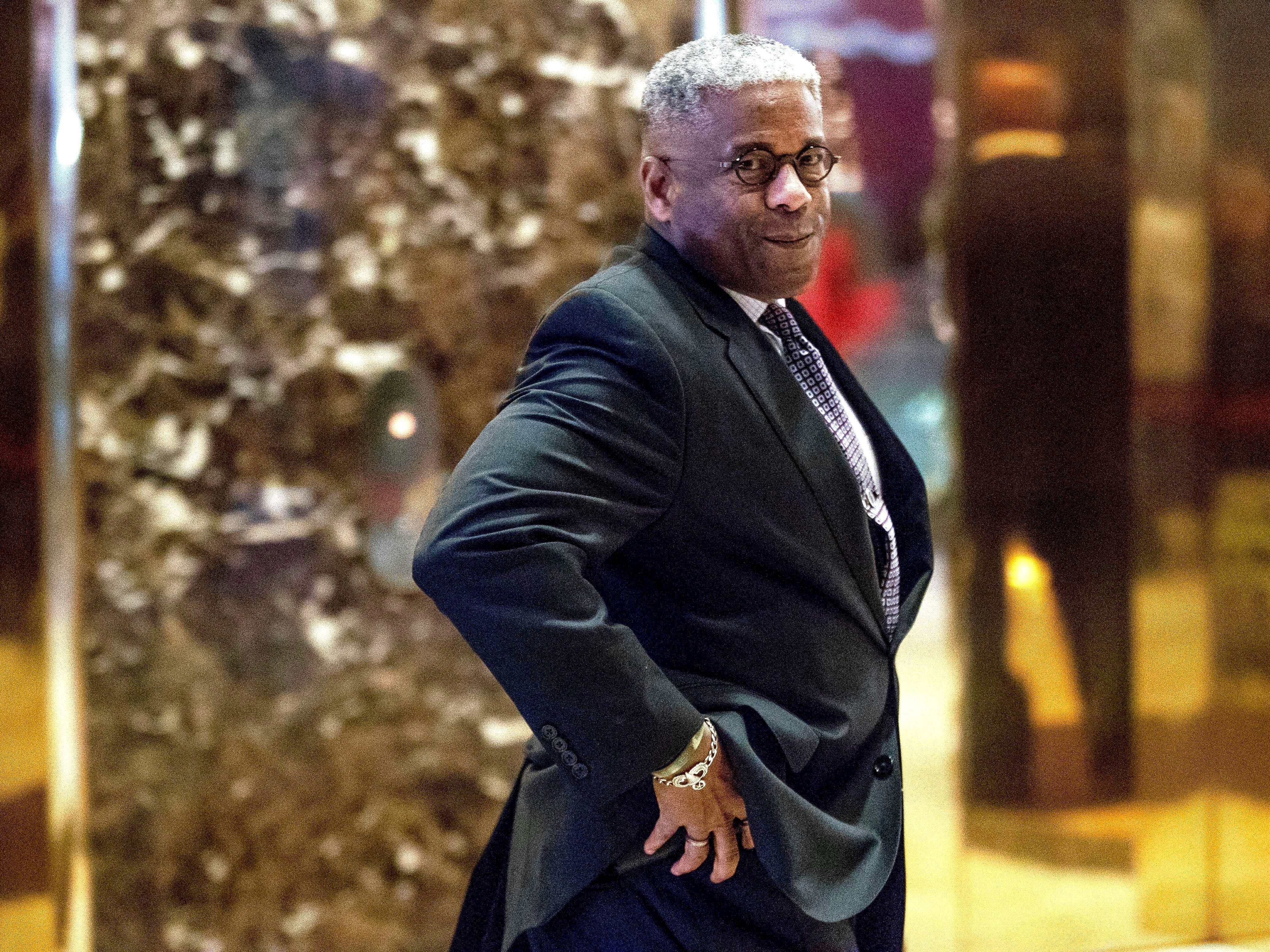 Andrew Harnik/APAllen West, chairman of the Republican Party of Texas, at Trump Tower in New York.

Fanning the flames of secession were recent comments made by Allen West, chairman of the state Republican Party, after a Texas-led lawsuit aimed at overturning the 2020 presidential election results in four battleground states was dismissed by the U.S. Supreme Court.

“Perhaps law-abiding states should bond together and form a Union of states that will abide by the constitution,” West said in a statement issued in December. He later denied that he was advocating secession, and his office did not respond to a request for comment.

Rush Limbaugh has floated the idea as well, telling the millions of people who listen to his national radio show in early December that he saw “a sizable and growing sentiment” for secession following the election results. “I never would advocate for secession,” the conservative host said. “I’m simply repeating what I have heard.”

But Daniel Miller, who heads the Texas Nationalist Movement, bristles at suggestions that any growing popularity of secession is linked to the nation’s discontent, particularly among those who dug in their heels to insist the November election was stolen.

“Is there some driving force here that suddenly has made it about Trump? Absolutely not,” Miller said. “People don’t just wake up one day and say, ‘Well, because I didn’t get my way in these elections, suddenly I want Texas to withdraw from the union.’ Those issues didn’t just show up on the first Tuesday of November.”

Similarly, he shudders at the suggestion that like-minded states join together and that his focus is on anything beyond Texas independence.

“Why would we want to fight so hard to reclaim our right of self-government only to hand it off to a bunch of bureaucrats that we didn’t elect?”

The campaign for self-determination envisions a government that “begins and ends at the borders of Texas,” and liberation from wasteful federal bureaucracy, regulations and debt. A republic of Texas would be culturally distinct, economically independent and based on values of individualism, entrepreneurialism and family, says Miller’s group, the state’s largest secessionist organisation, which on its website boasts of more than 390,000 “declared supporters.”

Austin resident Dessie Andrews, who has researched the history of Texas and believes it was unconstitutionally annexed into U.S. statehood, gives secession a mixed prognosis.

“In this day and age, I don’t know if it would work,” said Andrews, who herself is waging a legal fight arguing that protective measures taken during the coronavirus, like masks and social distancing, are not scientifically valid and that their implementation in Texas is unconstitutional.

“We could still have a booming economy, but to be a nation, you’ve got to start all over again. You’ve got to make treaties and commerce with other nations. We’d start from the bottom rung.”

That’s where Texit sounds an awful lot like Brexit, said Richard Kreitner, author of the 2020 book “Break It Up: Secession, Division, and the Secret History of America’s Imperfect Union.”

“The Pilgrims themselves were separatists. The entire kind of American political impulse is to separate, to secede,” said Kreitner, noting that plenty of people dismissed the South’s threats of an independent Confederacy as a bluff in 1861.

“It’s being dismissed as a fringe phenomena, until the moment where it surprises everybody and becomes mainstream.” he said. “I think it’s going to be the story of the 2020s.”

Talk of secession is part of a broader discontent, said Robert Tsai, a law professor at Boston University and a secession expert. “People don’t feel like the federal government expresses their values. That’s true whether you’re on the left or the right. You’re looking at a government that can’t get anything done, that can’t solve people’s problems.”

And it’s just just Texas. The idea has plenty of company nationwide.

“We should be our own nation,” said Tim Huit, an Anchorage resident who ran last year for the state House of Representatives, according to notes taken at the party’s October convention in Wasilla. He spoke against threats ranging from a coronavirus national lockdown, mask mandates and forced vaccinations to “socialists and communists on the street.”

“We can be honest and we put Alaska first. We’re a freedom loving state,” he said. 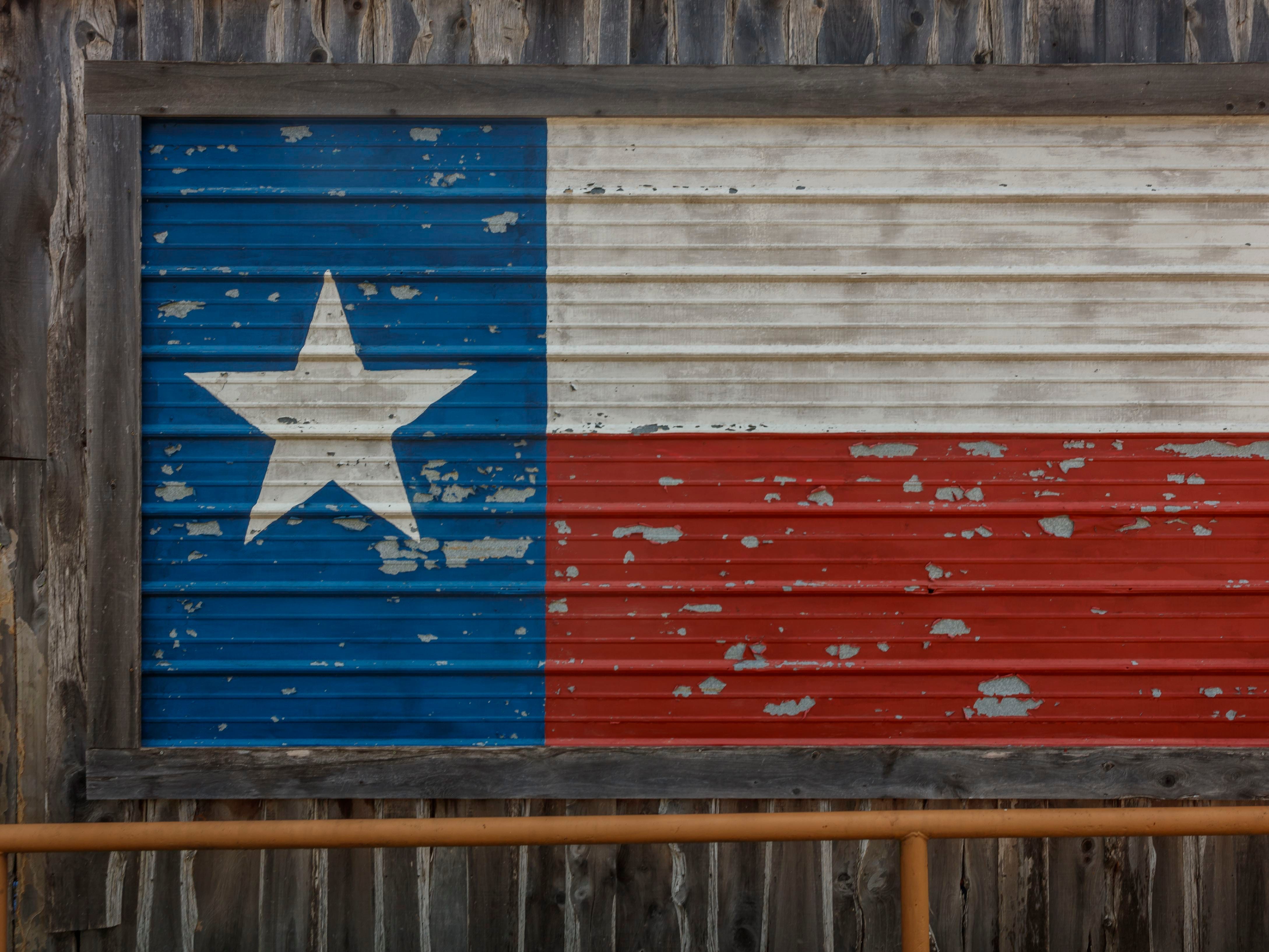 The Alaskan party’s U.S. Senate candidate John Wayne Howe, who supports the elimination of taxes in favour of a voluntary payment system, finished in the November election with nearly 17,000 votes, just under 5%.

In the Pacific Northwest, the Cascadia Independence Party seeks to form the local bio-region – Washington, swathes of Oregon, Idaho, Montana and Alaska, and most of British Columbia – into a new country that would protect and promote its unique interests.

Such a conceptualization, with some 14 million residents, is based on bio-regionalism, with shared characteristics like climate, watershed, plants and animals helping determine systems, policies and strategies, particularly to foster resilience and battle global warming.

In November, two Oregon counties voted in favour and two voted it down. To come to fruition it would require approval by the Oregon and Idaho legislatures and by the U.S. Congress.

Elsewhere, the League of the South wants a secession of the former Confederate states to escape the nation’s “unholy crusade of leftist agitators and foreign religions.”

“We call on all the states that voted for Donald Trump to separate themselves from the states that legitimately voted for Joe Biden. As political bodies, we have nothing in common,” said Michael Hill, on its website in early December. The Southern Poverty Law Centre, which monitors domestic terror, has designated the League as a racist hate group.

Ironically, Black nationalists in the 1960s sought separatism for the same Southern states as reparation for slavery.

The 1960s also had author Norman Mailer running for New York City mayor, with columnist Jimmy Breslin on the ticket for City Council President, and the pair advocated for the city to secede to become the 51st state. Mailer won 41,000 votes.

A century earlier, the slavery-supporting mayor of New York City, Fernando Wood, proposed the secession of Manhattan, which at the time was engaged in a thriving cotton trade with Confederate states.

These days, states could conceivably break off and regroup into shared interests like those that have been defined during the coronavirus pandemic, when groups of like-minded governors collaborated in the West and Northeast to deal with issues like PPE supplies and vaccine efficacy, Kreitner said.

Back at the Texas Nationalist Movement, Miller said every state should indulge in the same debate.

“If we didn’t feel like we couldn’t win this referendum, we wouldn’t be pushing for it so hard,” he said.