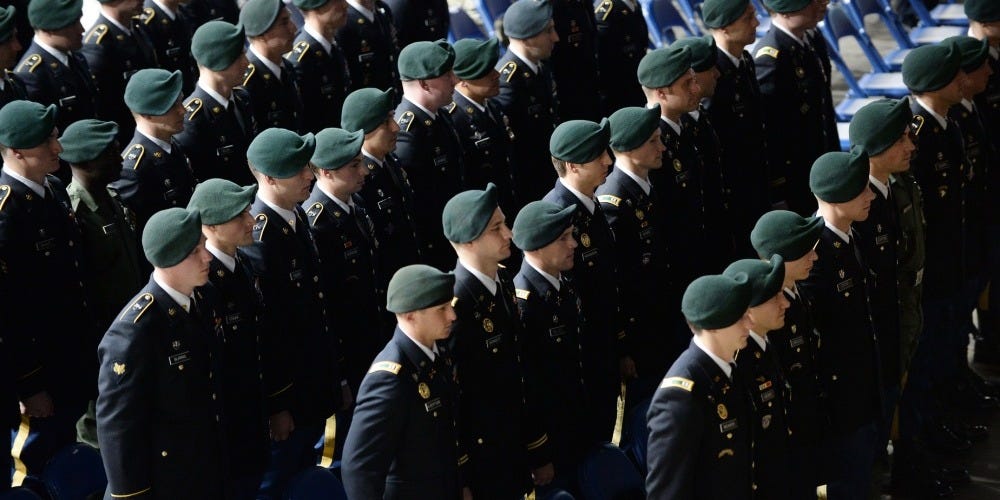 In a major achievement for women in the armed forces, a soldier became the US Army’s first female Green Beret Thursday, US Army Special Operations Command announced.

The female National Guard soldier, whose name is being withheld due to mission security concerns for special operations troops, graduated from Army Special Forces training, received her Special Forces Tab, and donned her Green Beret at a socially distanced ceremony at Fort Bragg in North Carolina.

Commanding General for US Army Special Operations Command Lt. Gen. Fran Beaudette told the graduating class Thursday that “from here, you will go forward and join the storied formation of the Green Berets where you will do what you are trained to do: challenge assumptions, break down barriers, smash through stereotypes, innovate, and achieve the impossible.”

“Thankfully,” the general said, “after today, our Green Beret Men and Women will forever stand in the hearts of free people everywhere.”

She completed the final assessment, the culminating Robin Sage exercise that tests soldiers on skills essential to being a Green Beret, in mid-June.

The Pentagon opened all combat positions in the armed forces to women in late 2015.

“They will be allowed to drive tanks, fire mortars and lead infantry soldiers into combat,” Defence Secretary Ash Carter said at the time. “They will be able to serve as Army Rangers and Green Berets, Navy SEALs, Marine Corps infantry, Air Force parajumpers, and everything else that was previously open only to men.”

Since then, women have begun to fill previously restricted roles, the exception being the Special Forces. These elite troops wage unconventional warfare, and their training is especially demanding. Special Forces has been one of the few remaining all-male warfighting communities.

While the woman that graduated Thursday is the first to become a Green Beret, she is not the first woman to graduate from the training program.

In the early 1980s, a woman named Capt. Kate Wilder completed Special Forces training, but she was forced out at the last minute. The Army later sent her a graduation certificate after an investigation upheld her discrimination complaint and determined that she was wrongfully denied graduation.

But Wilder, who left the Army as a lieutenant colonel in 2003, never joined the Green Berets.

“It isn’t important that I wear the hat,” she told the AP after graduating. “I’m not at all hung up on a hat like a lot of the men are … What matters is that I’m officially qualified.”

A senior Army official previously told Military.com that the woman who graduated Thursday “excelled throughout the course and earned the respect of both her instructors and her peer group.”