A scientist mum did a CNN interview surrounded by toys, and shared the photo to show the 'impossible' situation working parents face 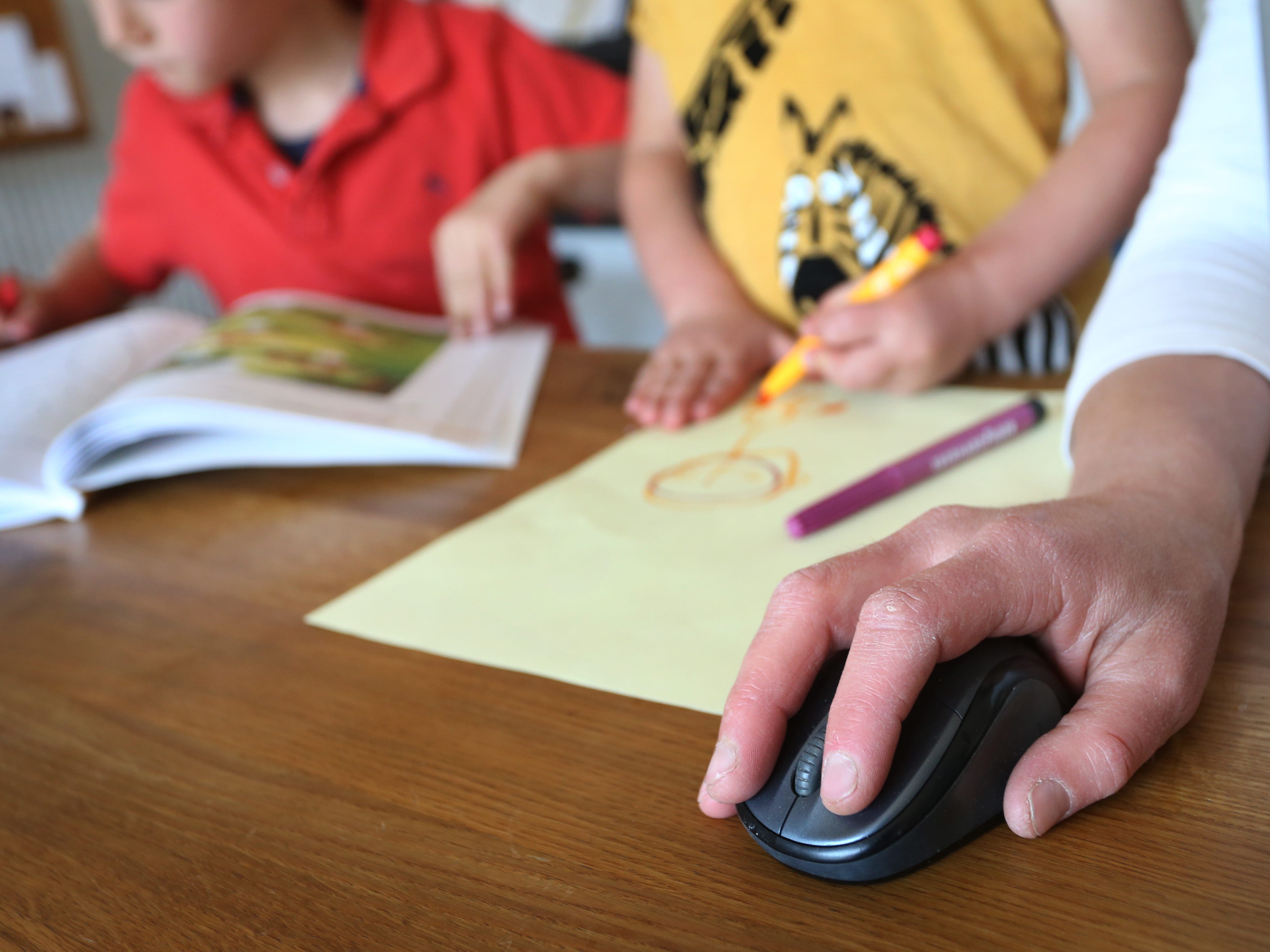 On Tuesday, Gretchen Goldman got a familiar call. She had 45 minutes to prepare for an interview with CNN regarding the Trump administration’s appointment of a climate science denier to a top federal agency.

Pre-pandemic, this would have been simple for Goldman, a scientist and research director at the Centre for Science and Democracy, who focuses on making esoteric scientific information digestible for the general public.

But while she’s caring for her four- and two-year-olds at home, quickly organising talking points, and looking for a clean, well-lit and quiet part of the house, it isn’t so easy.

Goldman removed some items from the wall in the living room, and positioned her laptop on a chair perched on the coffee table. She didn’t bother picking up the toys strewn across the room because they wouldn’t interfere with the shot. She put on a nice yellow top, but stayed in her shorts, because pants have been bumped down on the priority list.

“You want it to look reasonably professional,” Goldman told Insider. “Just so it’s not distracting or unprofessional in some way.”

After the interview aired on Wednesday, Goldman shared on Twitter a professional-looking close-up from her CNN interview. She spliced it with a pulled back image, demonstrating the reality of her outfit and the room. She captioned the images with: “Just so I’m being honest. #SciMomJourneys.”

The refreshingly candid portrayal of the crushing position working mothers have been facing for the past six months resonated, and the tweet has gotten more than 220,000 likes.

Goldman said her reason for sharing the images was multifold. She wanted to make sure other mothers are aware that even those who look like they’re managing to pull it off, likely aren’t. She also wanted to highlight what too many mums are too tired or busy to vocalize, which is that they can’t possibly parent or work well while simultaneously trying to accomplish both.

“I wanted to be honest about this situation,” Goldman told Insider. “We are all really struggling now, and parents have really been put in an impossible situation. Support systems have been ripped out, and we’re expected to do our jobs as if nothing is different.”

Goldman also expressed her anger at how there’s been little mention of the struggles mums are facing, and little being done to support them.

“I’m very mad about this situation,” Goldman said. “This is a huge problem that is going to send women back 50 years in the workforce. All the progress we’ve made in recent decades is going to become undone and we don’t even care. It’s barely a conversation nationally. Federally, it’s barely a blip on the map.”