THE FUTURE: Rich People Will Eat Food, Everyone Else Will Eat Pink Slime

A Future Of Pink Slime And Peak Water
Just saying the words, “Pink Slime” gives me the creeps. I’m not pleased to learn that I’ve been dining on this swill for the past 60 years.

The U.S. Department of Agriculture has made an interesting response to the public outcry about slime. Starting in September, every school district in the country will have the right to chose whether to buy burgers with or without slime.

Think where this goes. Beverly Hills schools will have no slime, while East L.A. is all slime. Scottsdale will go slime free, while Phoenix has slime-fattened burgers. Westchester will definitely go “No Slime,” but I’m guessing the schools in the Bronx will opt for slime. Same for Bethesda versus the District of Colombia. Should we see this new form of “red lining,” income disparity will be a topic of discussion. When school rolls around again, it will be at the height of the election. It will be interesting to see how the candidates handle slime.

The FDA left it up to restaurants and grocery stores to deal with slime as they wish. Without any rules, the public will decide what they want in their burgers.

Some tony restaurants have already changed their menus to assure their customers they are not eating slime. (If the menu has be changed, does that mean they were dishing up slime before?) It’s just a matter of time until more eateries follow suit. This has some interesting implications. It’s funny how a word can make a difference. I’m a big burger guy, so I went and bought a meat grinder and some chuck from the butcher. Delicious, made all the better knowing it wasn’t slimy. Very “Old School.” .************* Peak WaterTwenty thousand folks from all over the world showed up at the World Water Forum in Marseilles, France this week. For those who lose sleep at night worrying about peak oil, I suggest they re-direct their stress to Peak Water. Peak oil may scare us to death, but peak water will be what kills us.

In less than 40 years, two out of three people will be living in areas described as being in Severe Water Stress.

There are two ways of looking at consumption of water on a global basis. The first is per capita: (Total per capita use = Agricultural +  Industrial +  Municipal + Individual consumption / Population The USA is the world’s water glutton based on this measure of consumption, due to our industrial water use. GDP is directly correlated to total water consumption.

A second way to look at water consumption is by comparing total gallons used. By this matrix, China and India are the truly big users. Now look at geographic areas that are “water troubled.” China and India jump out as problems. (Mexico too?) Most of India and substantial portions of China are already stressed: With a population of 1.2 billion, India is already facing a water crisis in some areas. The U.S. is in a very favourable position when it comes to water. There is adequate rainfall in most areas; the Great Lakes hold 22 per cent of all fresh water. If water is to be the difference in history, then the USA will probably be the last country drinking. Unless we screw it up … 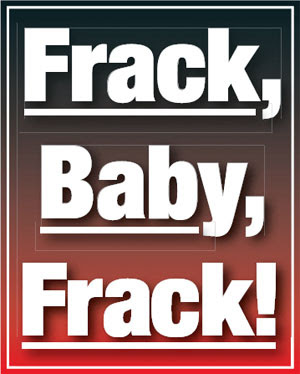