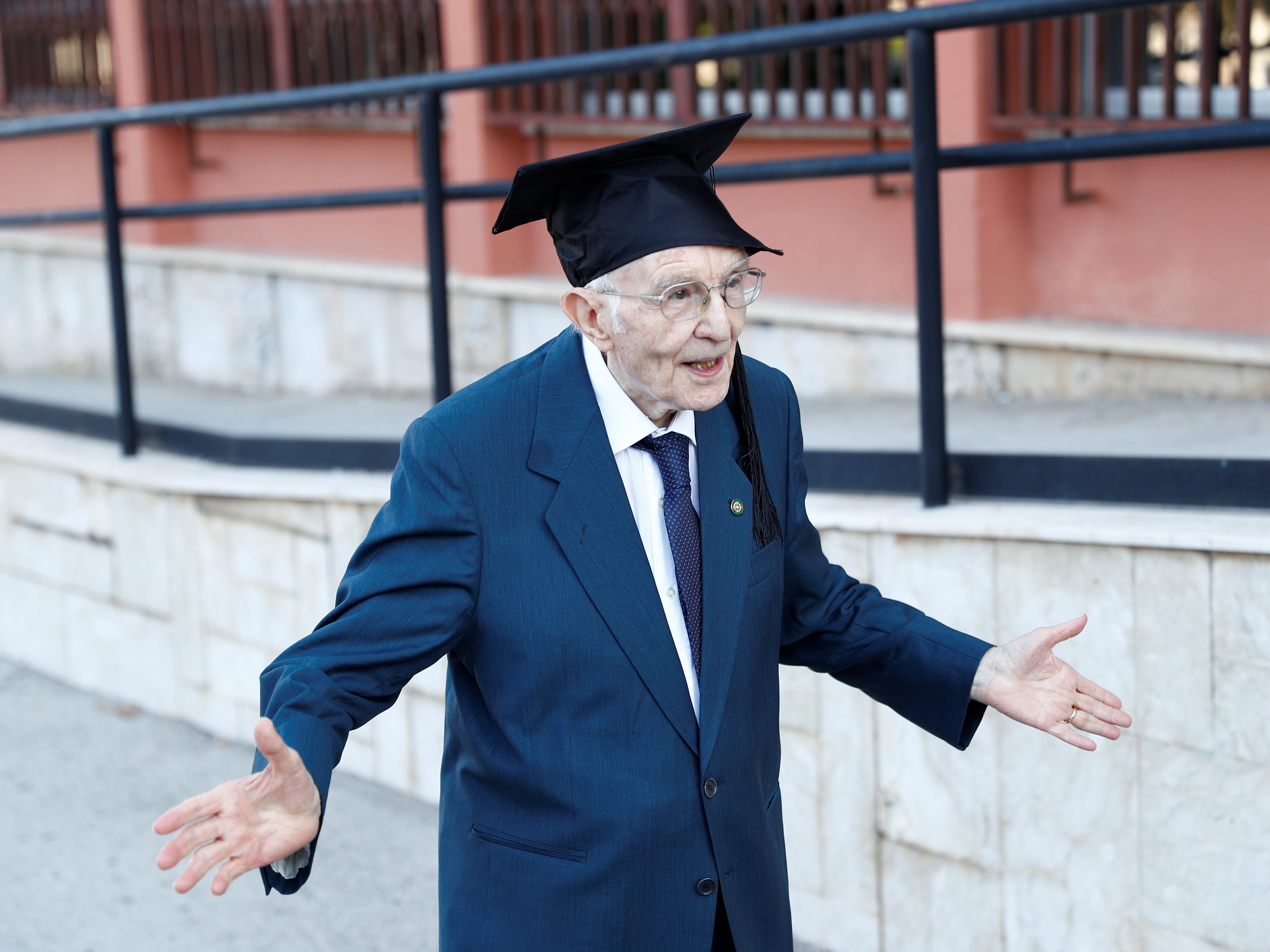 Guglielmo Mangiapane/Reuters‘Knowledge is like a suitcase that I carry with me, it is a treasure,’ Giuseppe Paterno told Reuters.

On July 29, Paterno finished at the top of his class with an undergraduate degree in history and philosophy from the University of Palermo in Sicily, the university confirmed in a message on its website.

Paterno never had a chance to complete his studies as a young man. He grew up during the Great Depression and enlisted in the Italian Navy during World War II. Later, he worked on the railway and started a family, he told Reuters.

After the war, Paterno went back to high school and graduated at 31

In 2017, Paterno enrolled at the University of Palermo to get his undergraduate degree. Using a typewriter his mother gave him in 1984 and used books rather than the internet, Paterno excelled in his studies. 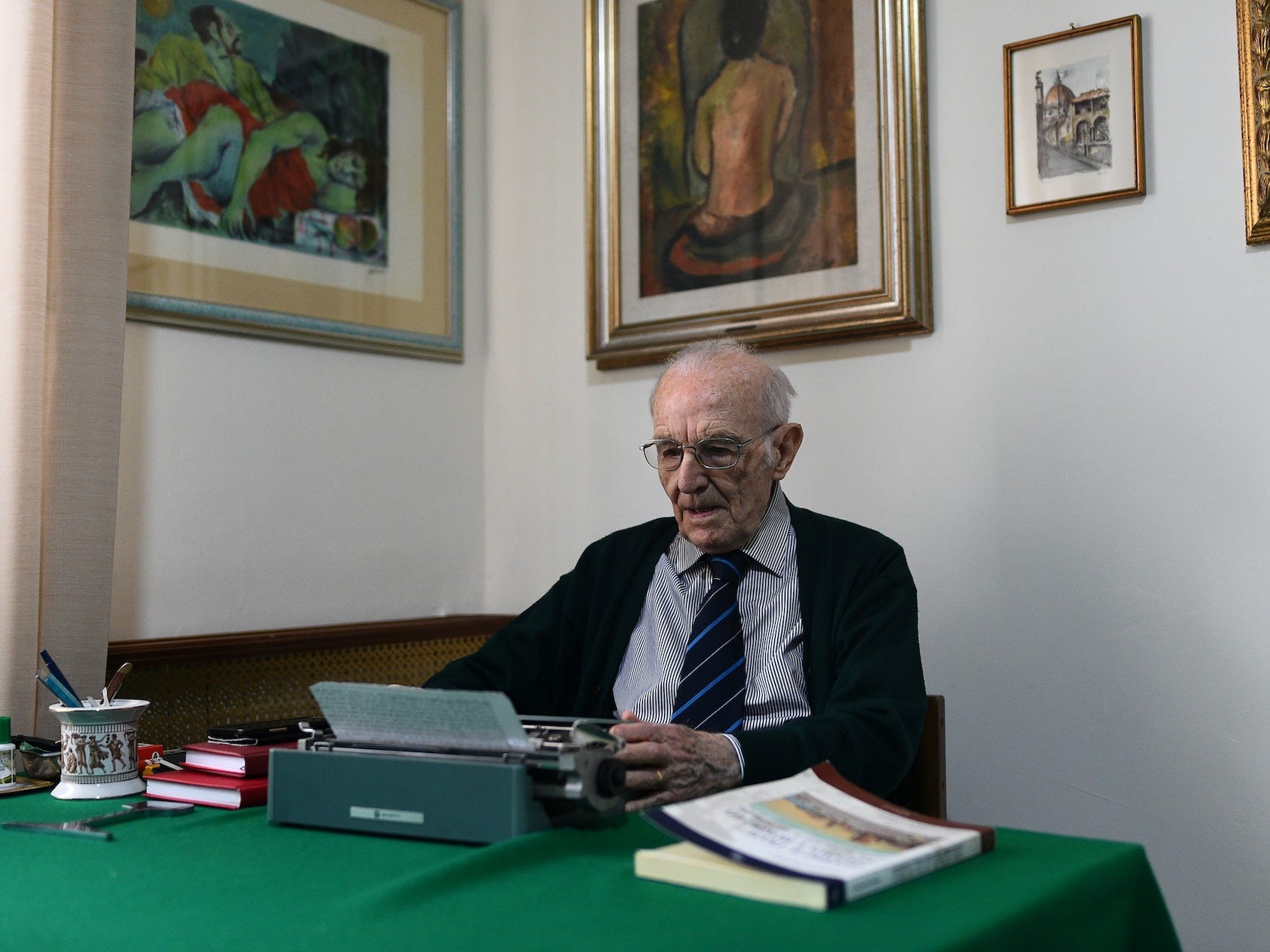 Guglielmo Mangiapane/ReutersGiuseppe Paterno pictured with his typewriter in 2019.

Paterno’s sociology professor, Francesca Rizzuto, told him that he was an “example for younger students,” according to Reuters.

His younger classmates congratulated him for his achievement at the graduation ceremony, where he was pictured wearing a traditional laurel wreath. “All of that strengthened us, all of my peer group, all of those who are still alive. It didn’t really scare us that much,” he told Reuters.

“Knowledge is like a suitcase that I carry with me,” Paterno said. “It is a treasure.”

Due to his age, Paterno spends much of his time at his apartment in Palermo. Now that he’s a graduate, he told Reuters that he wants to devote himself to writing.

“I want to revisit all the texts I didn’t have a chance to explore further. This is my goal,” he said.

Paterno’s graduation has earned him the title of being Italy’s oldest university diploma-holder. According to Guinness World Records, the world’s oldest college graduate was Shigemi Hirata of Japan, who was 96 years and 200 days old when he graduated from the Kyoto University of Art and Design.

Representatives for the University of Palermo did not immediately respond to Insider’s request for comment.