At 95 years old, 'Bicycle Bob' met his 100,000-mile cycling goal as his neighbours cheered him on 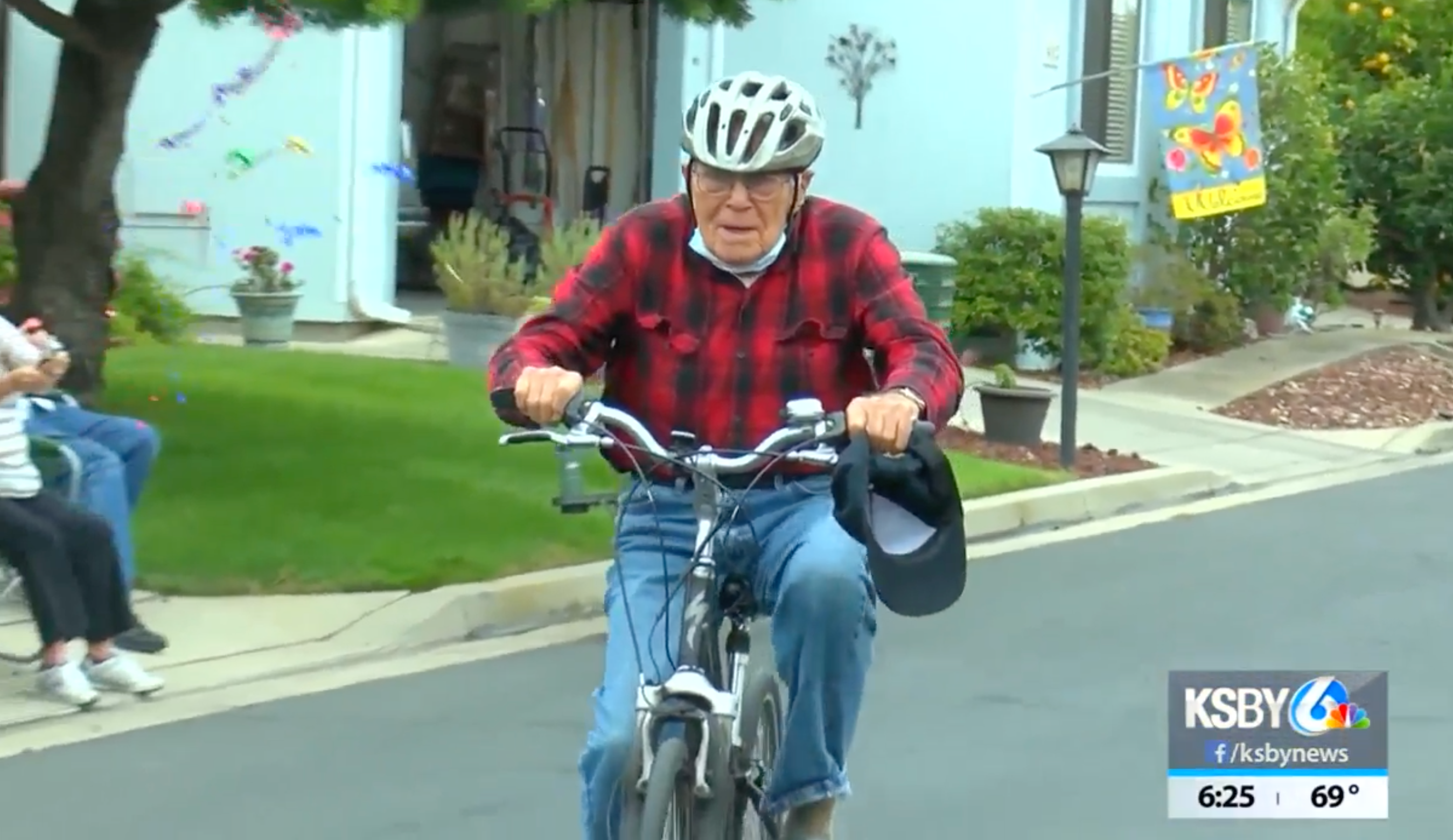 As a teenager in Long Island, New York, in the 1930s, Bob Mettauer ran deliveries for a local butcher, totaling 50 miles on his bike most Saturdays.

When the World War II Navy veteran retired from his job at a telephone company in California in 1991, he got back on a bike. He set a goal of reaching 100,000 miles.

On Tuesday, around 28 years after he set out on his mission, the now 95-year-old “Bicycle Bob” crossed his finish line and dozens of his Santa Maria neighbours lined the streets to cheer him on.

“I used to go out and ride 20 miles a day when I was younger. It just kept adding up, so I set 100,000 as my goal,” Mettauer told Insider on Friday. “Recently, I was doing nine miles a day in the morning.”

Mettauer rarely leaves his neighbourhood these days because of the “crazy” drivers on main roads. Those who live in the community he settled into 34 years ago follow along with his almost-daily rides.

Since he started cycling regularly, Mettauer has had three different bikes. The first didn’t last long, but the second travelled over 40,000 miles with him.

“Now I’m on my 3rd bike,” Mettauer said. “There’s plenty of life left in that one. The only problem is there’s not much life left in the guy who rides it,” he said, jokingly.

The event celebrating Mettauer’s 100,000th mile was organised by his good friend and neighbour Jim Carpenter.

Mettauer knew that some people who live near them would come out to watch, but he was shocked to see the crowd of local media that the event attracted. One of the most interesting parts of the day, he said, was being interviewed by a KSBY sports reporter on TV.

The celebration has brought a bit of cheer in the middle of what can be lonely times.

Since COVID-19 hit the US early this year, Mettauer hasn’t been able to see any of his family who live out of state. His four daughters, who live in Colorado, Rhode Island, and Wisconsin, keep in contact daily by phone.

“That way they’re able to check up on ‘the old fossil,’ he said, referring to a nickname his daughters have had for him since he turned 90.

Mettauer said that he plans to jump back on his bike soon, after taking a short break to let his left leg heal.

As for a new goal, he said he’s going to take things one day at a time.

“I’m going to be 96 in the next month,” Bob Mettauer told Insider. “My goal now is to stay alive for a while.”