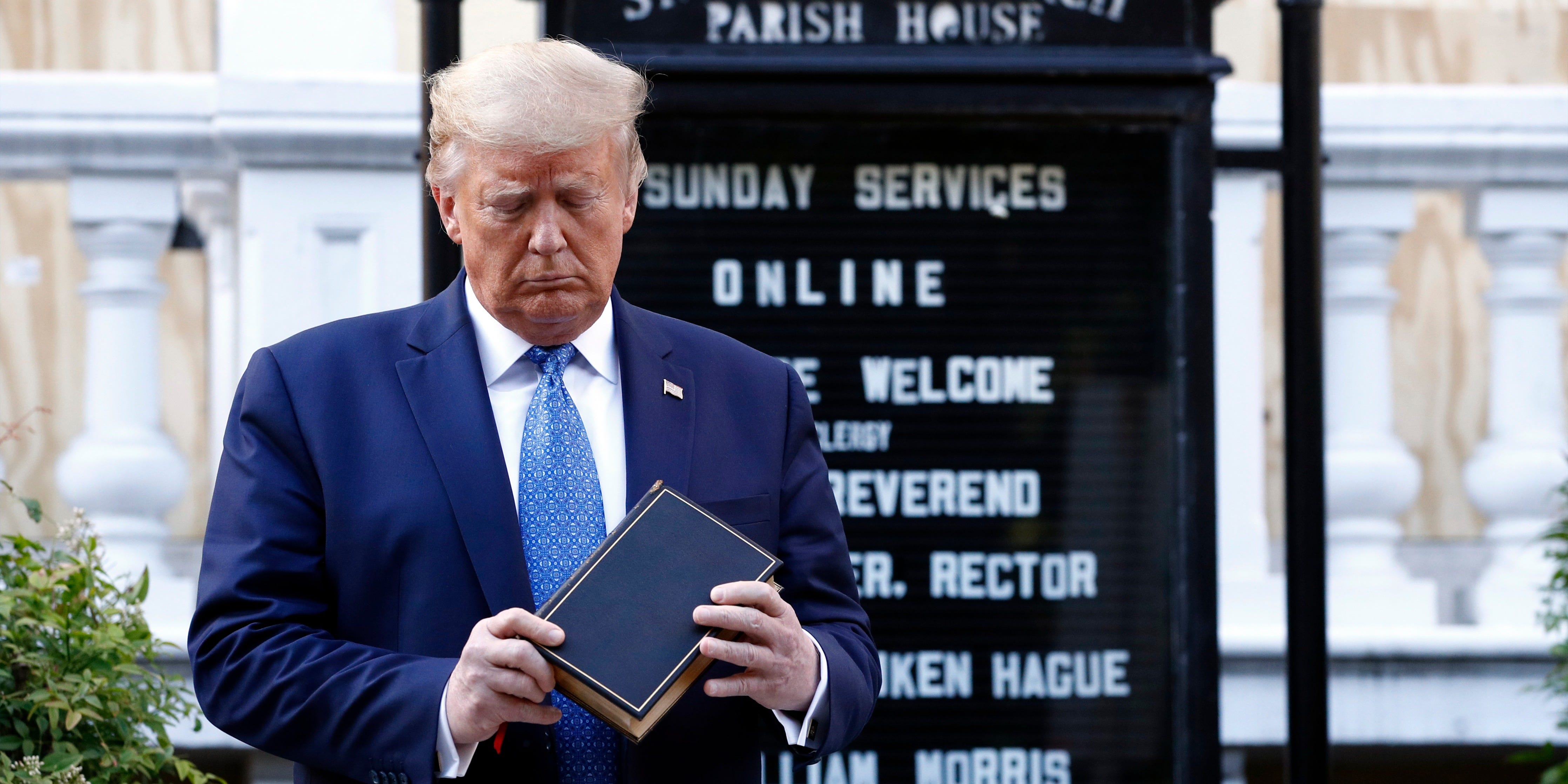 Numerous former defence officials strongly spoke out against President Donald Trump’s militaristic response to nationwide protests, condemning the president in one voice and urging him to end his threat to use the military to quell unrest in an op-ed published in The Washington Post Friday afternoon.

“Trump continues to use inflammatory language as many Americans protest the unlawful death of George Floyd and the unjust treatment of black Americans by our justice system,” they wrote, arguing that the president’s rhetoric has become more aggressive as the protests have grown.

They called attention to some of the developments that followed Trump’s remarks Monday evening, specifically military helicopters flying low over protesters in a show of force manoeuvre “used to disperse enemy combatants” overseas and the use of forceful tactics by law enforcement to drive away peaceful protesters for a presidential photo op.

The writers said that while past presidents have used the military in a law enforcement capacity, they did so to “protect the rights of Americans, not violate them.”

“If a city or a state refuses to take the actions that are necessary to defend the life and property of their residents, then I will deploy the United States military and quickly solve the problem for them,” Trump said on Monday before offering a preview in the streets of the nation’s capital.

The 89 former defence officials who spoke out Friday wrote that they, as did the president, all took an oath to support and defend the Constitution of the United States. “We are alarmed at how the president is betraying this oath by threatening to order members of the US military to violate the rights of their fellow Americans,” they wrote.

“As defence leaders who share a deep commitment to the Constitution, to freedom and justice for all Americans, and to the extraordinary men and women who volunteer to serve and protect our nation, we call on the president to immediately end his plans to send active-duty military personnel into cities as agents of law enforcement, or to employ them or any another military or police forces in ways that undermine the constitutional rights of Americans,” the former defence officials wrote Friday.

“The members of our military are always ready to serve in our nation’s defence. But they must never be used to violate the rights of those they are sworn to protect,” they concluded.

“I have watched this week’s unfolding events, angry and appalled,” Jim Mattis, Trump’s former secretary of defence and a retired Marine Corps general, wrote in a statement that was first published in The Atlantic.

“Donald Trump is the first president in my lifetime who does not try to unite the American people – does not even pretend to try. Instead, he tries to divide us,” he wrote.