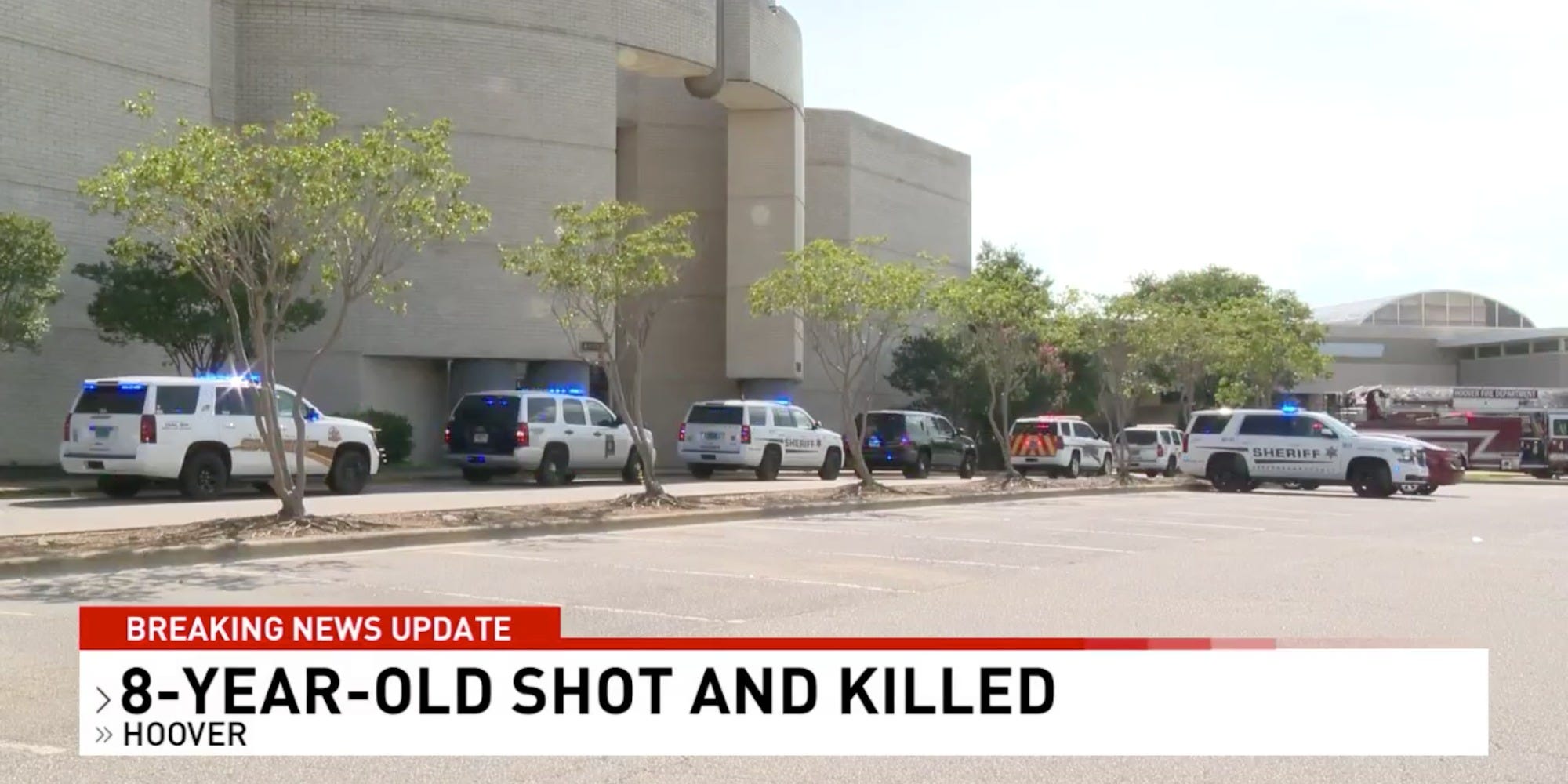 WBMAThe Riverchase Galleria in Hoover, Alabama was the scene of a deadly shooting Friday July 3, 2020.

An 8-year-old boy was killed, and three others hospitalized after a shooting at a mall in Hoover, Alabama, Friday afternoon.

The mother of victim Royta Giles Jr. told AL.com that she was standing in line for the Children’s Place clothing store at the Riverchase Galleria with her three kids and husband when shots rang out – one bullet striking her eldest son in the head.

Royta, who had just finished the second grade, was rushed to Children’s Hospital in Birmingham and pronounced dead shortly after.

Royta Giles jr. just finished the second grade and went to the mall with his family today and was shot and killed. This black life matters. Protect black children. THEY deserve to live. pic.twitter.com/OWQO8cZFzE

Two adults and a girl were also injured in the gunfire, and taken to area hospitals. Their conditions are not known.

There have been no arrests and Hoover Police say they are investigating what prompted the shooting and how many people were involved.

“Detectives continue their efforts to collect evidence and identify possible suspects,” the department said in a press release.

Anyone with information about the shooting is being asked to call the Hoover Police 911 Centre at 205-822-5300. Tips can also be anonymously called into Crime Stoppers of Metro Alabama at 205-254-7777.

Royta’s mother, who asked not to be identified by name, told AL.com that her son was always smiling and wanted to become a rapper.

“To the people who did this, if I could say anything to them, it’s I don’t care about justice or anything like that,” she said. “I wouldn’t say I’m religious, I would say I’m more spiritual, and the person who did this is going to have to answer for that whether it is to whoever they pray to or if it’s the streets.”