When the $600 weekly bonus unemployment payments stopped, poverty rates in the US increased, new research shows 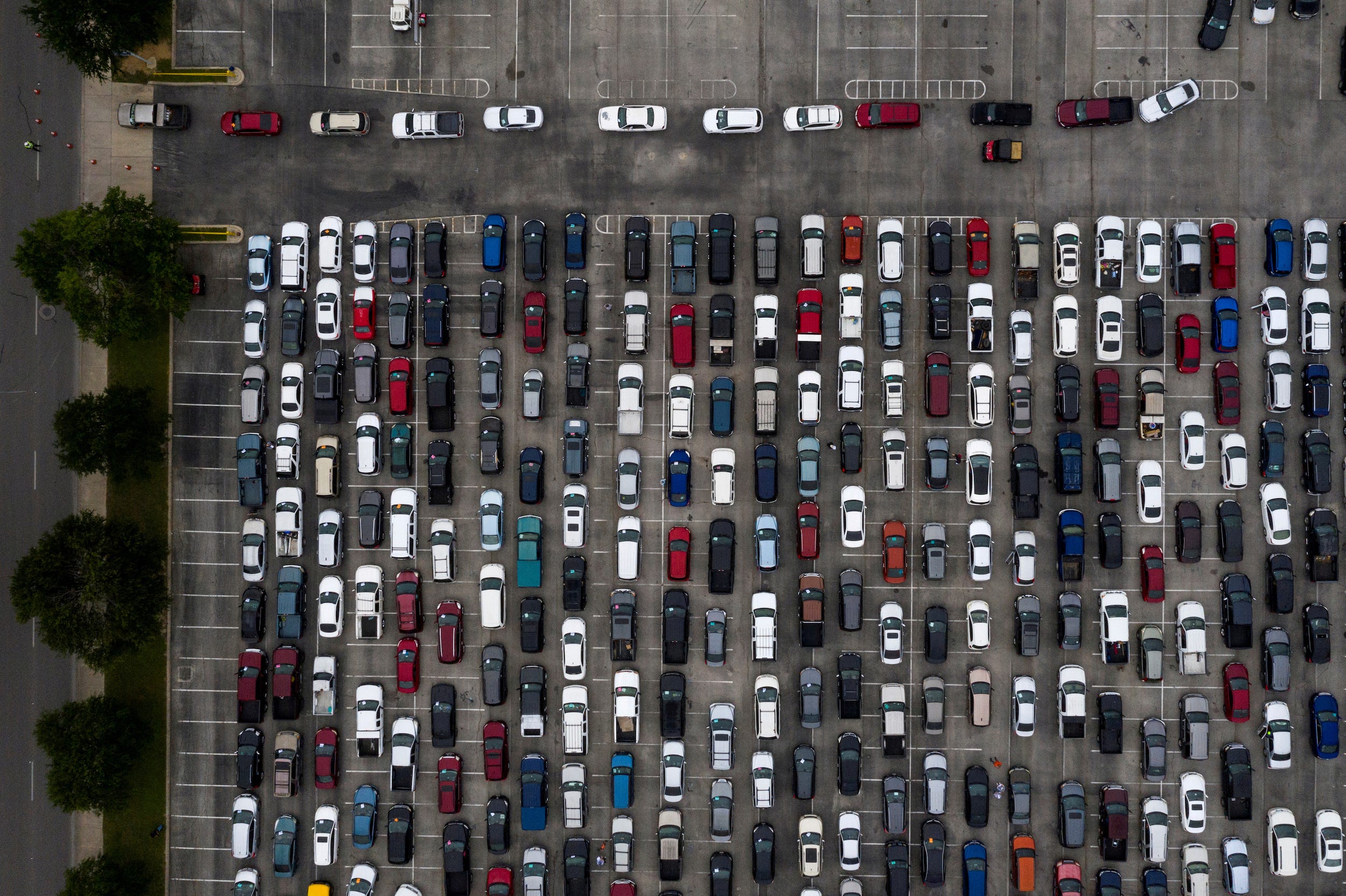 Adrees Latif/ReutersSome hundreds of residents, affected by the economic fallout caused by the coronavirus disease (COVID-19) pandemic, line-up in their vehicles as they await their turn to collect groceries from the San Antonio Food Bank in San Antonio, Texas, U.S., April 17, 2020.

The US poverty rate rose by 2 percentage points during the summer, with about 7 million people now living below the poverty line, according to new research from the University of Chicago, University of Notre Dame, and Zhejiang University in China.

For a family of four, the current poverty threshold is $US26,000 a year, according to The Department of Health and Human Services.

In September and October, the poverty rate rose to 11.3%, after holding steady at 9.4% from April-June. In July, the rate rose to 10.3% â€” a rise that coincides with the time window when the $US600/week benefit lapsed on July 31.

“The poverty rate fell initially in the pandemic because we initially provided a lot of aid,” Bruce Meyer, a study co-author, told NBC News. “People are running down their stock of savings if they had any. They already asked about borrowing money from family and friends. Their ways of coping are starting to run out.”

There are still some safety nets in place â€” the Pandemic Unemployment Assistance and Pandemic Emergency Unemployment Compensation, which support almost 12 million Americans â€” but both programs expire at the end of December.

Along with the end of these programs, the moratorium on both evictions and student loan payments expires on December 31, which could send more Americans into difficult situations.

With Congress in its lame-duck session, there is a possibility another bill won’t be passed until January. Both sides of the aisle have been unable to agree on what benefits would come with a second stimulus package, despite continued calls from politicians, CEOs, executives, and the public to do so.

In recent weeks, coronavirus cases have been rising throughout the country, with daily totals surpassing the first wave earlier this year. This could lead to another round of job losses, as states consider new stay-at-home orders, if they haven’t already.