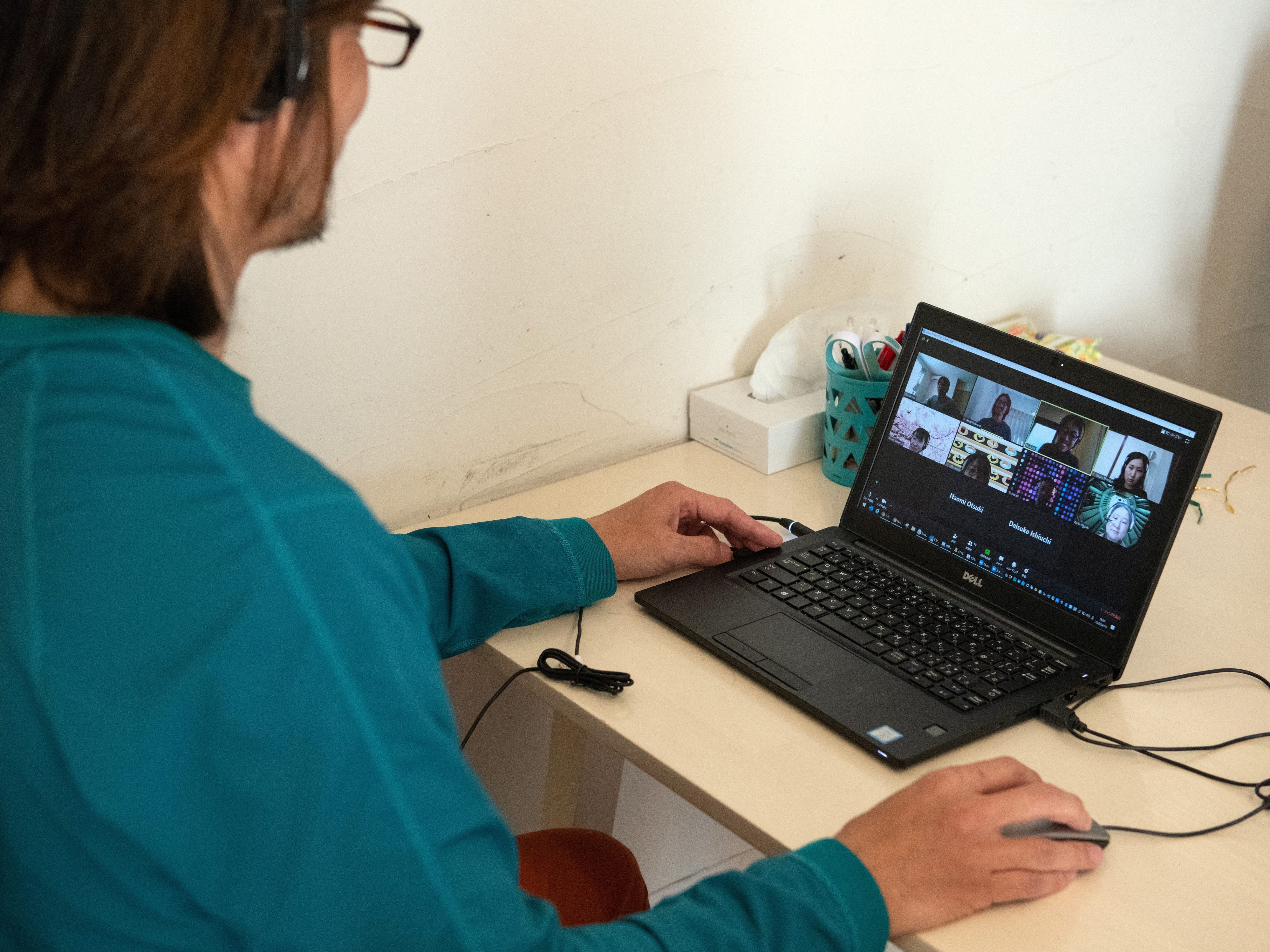 Carl Court/Getty Images‘Some employees suffer from Zoom fatigue,’ Lindstrom writes, ‘a consequence of spending most of the day with their eyes trained on their laptops or tablets.’

Meetings â€” and PowerPoint presentations â€” can eat up close to 50% of our time when we work in a company. It’s a percentage few people are eager to acknowledge, perhaps because it’s a reminder of just how poorly organisations (and the people who work in them) administrate their own time.

The average company has meetings that centre around plans, future plans, and lack of plans, meetings that analyse where previous plans went wrong and how to make future plans work better. There are meetings about strategies and the company’s inability to strategize. Every last thing demands a meeting, even if no one has anything of value to say or conclude. In fact, having nothing to say or conclude is a capital reason to schedule a meeting, so why don’t I send you an Outlook invite now! 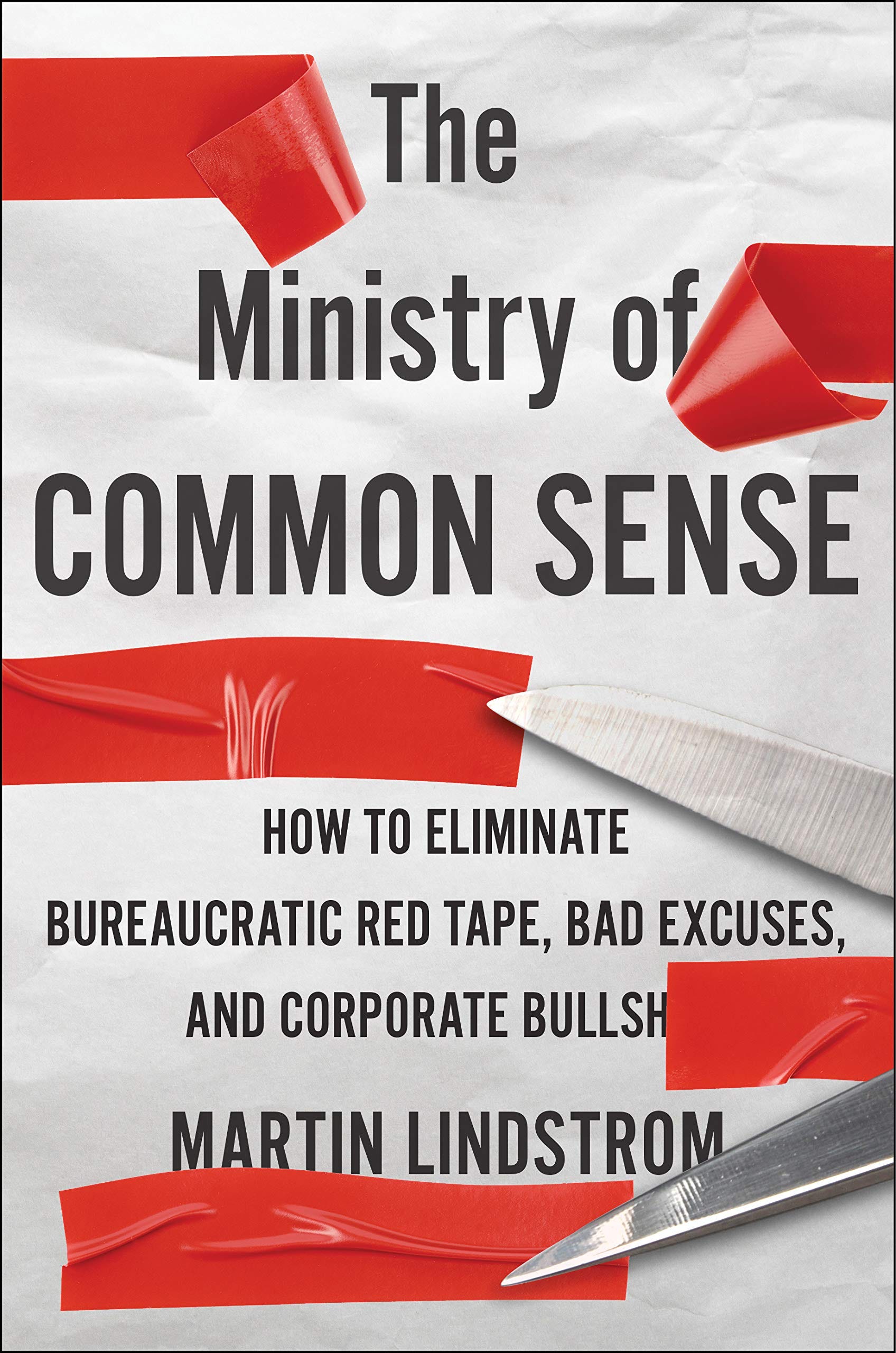 Does any of this seem familiar? Is it uncomfortably close to your own experiences in online and in-person meetings? If so, why do you no longer question it but instead go with the flow, trudging blindly forward, allowing common sense to dissipate slowly and finally disappear?

Here are a few rules to running successful, commonsensical meetings:

No phones, no web-surfing, no emails, no texts.

I once spoke at Google’s headquarters in Mountain View, California. There were 200 people or so in the audience. During my 30-minute speech, I made eye contact with literally four people. Everyone else was on their laptops or phones. Sure, some employees were recording my speech, making virtual eye contact through the video camera function of their phones or tablets, but the effect was the same: We have better things to do than listen to you.

Consider investing in a basket or other receptacle. Meeting participants can place a sticky note on their phones, drop them in, and retrieve them when the meeting is over. (Frankly? If someone or something is that important, meet with that individual in person, and talk things through. If it’s not urgent, it can wait.)

Regardless of whether your meeting is virtual or not, you need to ask yourself: What do I want to achieve in this meeting? Now go even further. If this is the first meeting of the day, ask everyone present to list their agendas, i.e., the one thing they want to achieve. When the session ends, the team leader might consider sending a short note to all the attendees, reiterating key decisions and directions, as a subtle reminder (and nudge) for everyone to stay focused.

In short, hammer down what this meeting is about. Never say you’re there to “review” things. That’s too broad a subject. Are you seeking approval or clarification? Then say so. Be as concrete as possible.

Keep to a time limit.

Most meetings last an hour with, as we’ve just seen, five to seven minutes subtracted for trivial technical issues that need to be resolved. In fact, corporate life has somehow adopted an unspoken rule that meetings have to run 60 minutes, and if they don’t, well, something’s wrong. A meeting should last no longer than 30 minutes.

One way I ensure this in physical meetings is by bringing in a clock. I tell everyone that the clock represents the accumulated salaries of everyone in the room. I posit a guess that the lowest salary is probably $US120 an hour, with the highest around $US1,000. “We’re all here together right now,” I say. “Before even starting this meeting, this meeting already costs about $US15,000. And having me here makes it more expensive. So let’s start the clock.” Fifteen or 20 minutes later, I point out that we’ve already wasted $US4,000 on fiddling with IT problems â€” and we go forward from there. The physical presence of a clock helps participants pay attention to what they’re actually doing or, rather, supposed to be doing. Unfortunately, I often have to truck the same clock over to the next meeting and to the one after that.

What does the clock do, exactly? Aside from being a running chronicle of time going by, everyone becomes mindful that a 30-minute meeting needs to be productive. If they succeed in addressing everything on the agenda after 20 minutes, they don’t have to use up the remaining 10 minutes. Obviously, the clock is also great for basic timekeeping. If you used the meeting time productively, or wastefully, you will know it. The presence of a clock also makes a dent in small talk. By mapping how they spend their time, employees are often surprised that the common refrain of “There aren’t enough hours in the day” comes as a result of too much websurfing, too many coffee breaks, too much chitchat, and so on.

I’m a big believer in one of Elon Musk’s productivity rules: “Walk out of a meeting, or drop off a call, as soon as it is obvious you aren’t adding value. It is not rude to leave, it is rude to make someone stay and waste their time.” In short, participants should feel free to leave a meeting if they feel they have nothing to contribute.


Read more:
Use this simple 4-step process by a Harvard psychologist when dealing with a difficult situation at work to become a more resilient leader

Be aware of “loop” thinking.

The dialogue in meetings sometimes reminds me of a Ferris wheel. A conversation begins somewhere, rises, peaks, then returns, fretfully, to where it started, this time with dibs and dabs of resistance.

Everything doesn’t have to be a meeting.

What meetings do you remember, and why? Most people don’t remember more than three things from any given meeting (at best). Consider all the communication tools organisations have at their disposal â€” emails, conference calls, reports, spread sheets, PowerPoints, and so on. 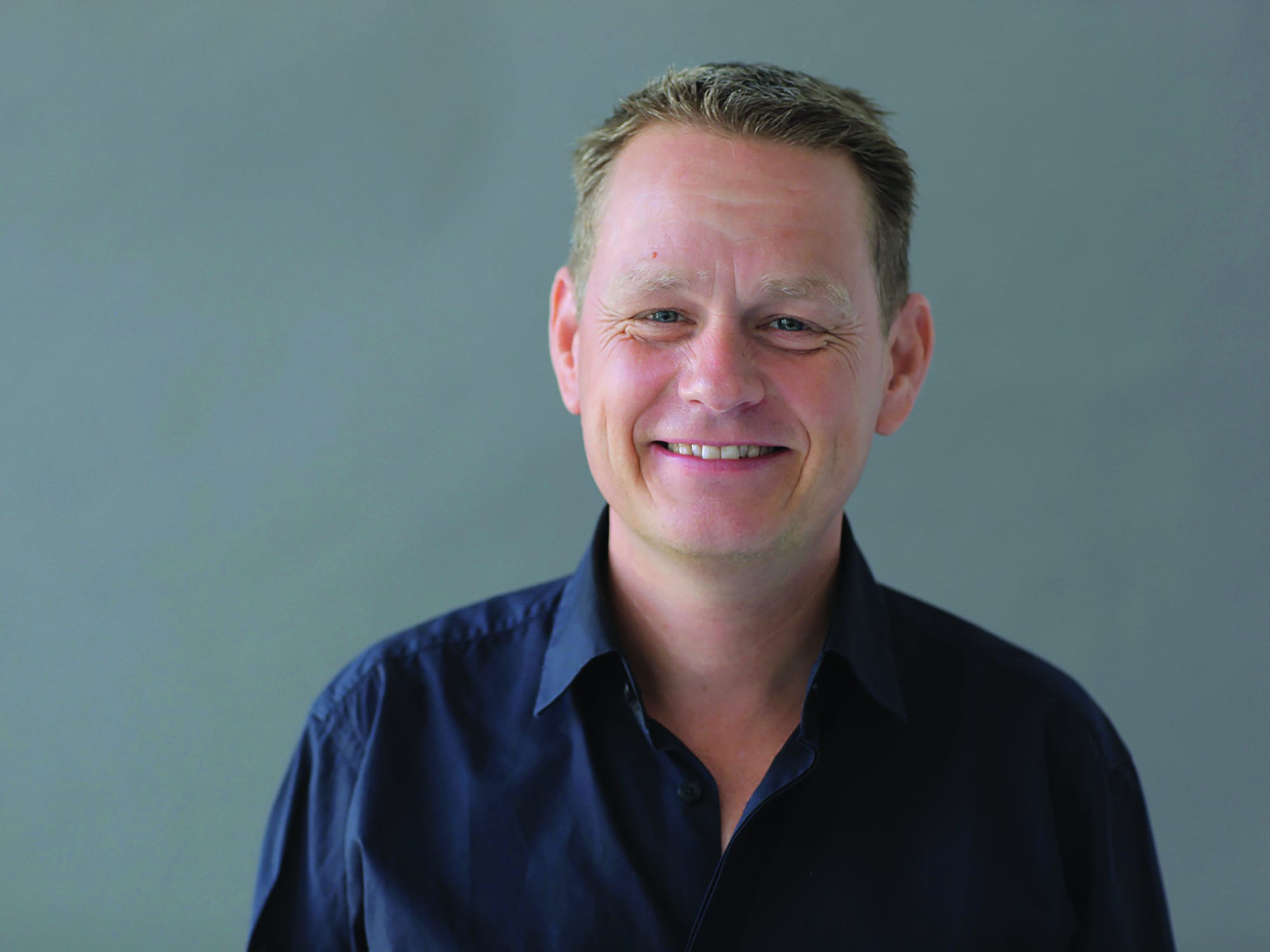 Not everything merits a meeting. In some ways, the fragmentation among company departments results in meetings playing a role they were never designed to play. Many people schedule and attend meetings because they’re afraid of being forgotten or overlooked. Meetings thus become a validation that what you do matters. (More employees in large organisations than I can remember have expressed to me their fear that someday they will be forgotten.)

The next time someone says, “Let’s schedule a meeting next week,” why not ask, “Wait â€” what are we meeting for?” If the goal of the proposed meeting is to reach agreement about some issue, maybe you don’t need a meeting. Why not hammer out a yes or no answer then and there? If the conclusion is maybe and it’s a cross-functional matter, with all functions attending, then yes, by all means go ahead and have the meeting.

If meetings are inimical to common sense a lot of the time, should they be eliminated? No â€” but I will say that their indiscriminate use has gotten completely out of proportion. The purpose is gone, replaced by habit and a passive and widespread acceptance that this is just how things are in the business world. But if you follow your common sense, it doesn’t have to be that way. It probably follows that the best meetings I’ve ever attended had one thing in common, namely, no PowerPoint decks.

Acknowledge up front the inherent limitations of online meetings.

Needless to say, since the pandemic, online meetings have largely overtaken in-person meetings and become a staple in our lives. Most of us feel obliged to show up, too, as evidence of how “busy” we are.

Yet, in real life, how often are we asked to stand three feet away from our colleagues while staring at their faces for an hour? Everyone who has participated in a Zoom or Microsoft Teams meeting knows it’s an unnatural medium. Time delays, echoes, distracting background sounds, frozen screens, and ongoing self-appraisals â€” do I still look good on the camera? â€” only complicate things. The inability to pick up on other people’s body language further erodes our collective empathy. Silence online typically elicits anxiety. (Zoom and Teams should consider featuring an “I’m thinking” button, which attendees could press to signal that they are ruminating.) Some employees suffer from Zoom fatigue, a consequence of spending most of the day with their eyes trained on their laptops or tablets.

With the transition to online-only meetings, productivity may actually be falling. “Home” and “work” were already uncomfortably intertwined for most of us. But today, our companies and our colleagues have literally invaded our inner sanctums.

Martin Lindstrom is the founder and chairman of Lindstrom Company, the world’s leading brand & culture transformation group, operating across five continents and more than 30 countries. Lindstrom is a high profile speaker and author of 7 New York Times best-selling books, translated into 60 languages.

SEE ALSO: How to write and deliver effective virtual presentations, according to a former television anchor and communication expert