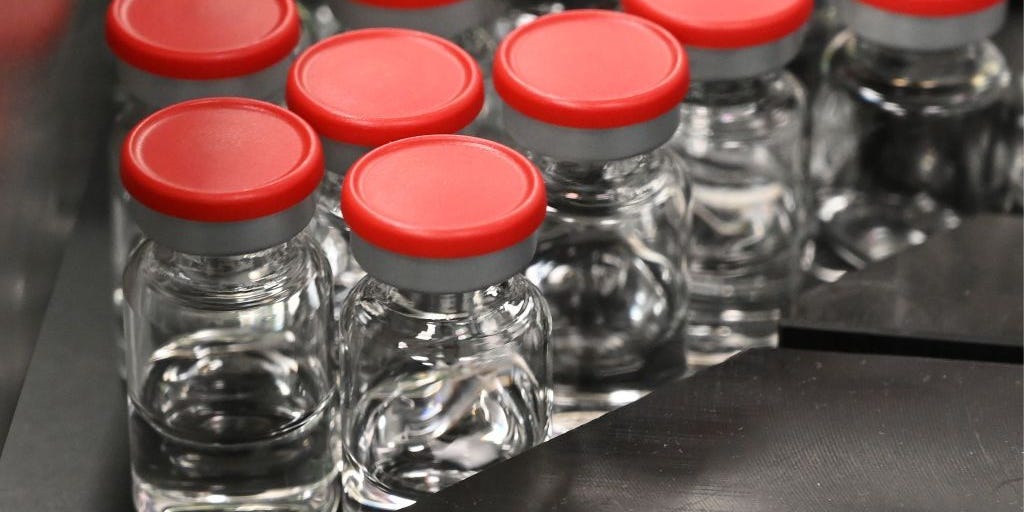 AstraZeneca said Monday that the experimental coronavirus vaccine it developed with the University of Oxford was highly effective based on preliminary results from late-stage studies, marking the third consecutive week with positive vaccine news.

While this latest development appears to be good, the results are incomplete, and there could be more caveats than in announcements from Pfizer and Moderna.

Pfizer and Moderna both announced this month that their coronavirus vaccines succeeded in late-stage studies with tens of thousands of participants. Both companies said their shots were about 95% effective at preventing COVID-19, with promising signs that they could also prevent severe illness.

All three vaccine frontrunners are still experimental. None of the programs has published late-stage results in a medical journal, and US regulators have not authorised any of the shots for emergency use, let alone given them full approval.

To make AstraZeneca’s results even more complicated: Depending on which groups of participants were included in its early analysis, the vaccine was either 90%, 70%, or 62% effective at preventing COVID-19.

And while some details can help clear up why that was the case, unanswered questions pile up quickly without more specifics.


Read more:
Drugmakers behind 3 coronavirus vaccines say they work. Here’s everything we know about the race for a vaccine and when you might be able to get a shot.

1. How effective is it really?

Let’s start with what we learned on Monday about AstraZeneca’s shot.

AstraZeneca is running multiple late-stage trials across the globe. Monday’s announcement came from pooling results from trials in the UK and Brazil that included about 23,000 volunteers.

On average, getting two doses of the vaccine was 70% effective at preventing COVID-19, the company said. That’s based on 131 cases of COVID-19 among trial participants â€” but AstraZeneca didn’t break down how many in the control group got sick versus how many among those who received the experimental shots.

Having that information matters more when you consider the next detail the company included: The trials ended up testing different doses of the vaccine.

This wasn’t on purpose but was the result of a dosing error that researchers, on balance, decided to roll with.

But suddenly a massive trial hinges on fewer than 3,000 volunteers. Could additional data change this figure, for better or worse?

Andrew Pollard, the chief investigator of Oxford’s global clinical trials, said he was confident that the sample size was big enough, with more data being added.

“It’s a reasonable amount of the trial population,” or “about a third” of trial participants in the UK, he said at a press briefing on Monday.

“We’ve had a lot more data accumulating since, and we’ll continue to do so,” Pollard added. “So I think we’ll have further information then in the weeks ahead that will improve the confidence in that result.”

Among 8,895 participants who got both full-strength doses, the vaccine appeared to be 62% effective in preventing COVID-19, AstraZeneca said.

That percentage may still be a positive â€” especially as regulators were looking for a vaccine that was more than 50% effective â€” but it’s notably lower than the 95% efficacy rates announced by Moderna and Pfizer.

2. What happens to the US trial?

AstraZeneca is saying the vaccine is most effective if you get a half-strength dose followed by the full-strength injection. But only about 2,700 people in clinical trials have been given that regimen.

Will AstraZeneca be able to pivot its research to further test that dosing plan and build more evidence?

The company has a massive opportunity to do so with a trial in the US seeking to recruit about 40,000 participants.

The trial has recruited about 11,000 people so far and is currently testing only two full-strength doses of AstraZeneca’s vaccine, which appeared in these preliminary findings to be 62% effective.

“They may well decide to look at the ‘low dose, standard dose,’ or they might decide to look at ‘low dose, low dose,'” Katie Ewer, a senior immunologist involved in Oxford’s research, told Business Insider. “So they will take this information into account, I think, and have a think about what they want to study going forward.”

Could this US trial be adapted to test a new dosing regimen, or is it too late to make such a drastic change to the protocol? That will be a discussion between AstraZeneca and US regulators to watch.

3. Does the shot reduce severe illness?

Pfizer and Moderna have both put forward promising preliminary data from their late-stage trials. Both immunizations appeared to significantly reduce the odds of getting seriously sick from COVID-19. Pfizer’s study involved 10 cases of severe illness, with nine in the placebo group and one in the vaccinated arm. Moderna’s trial involved 11 people who got seriously ill, all in the placebo arm.

At first glance, AstraZeneca’s result appears to be similar good news. The press release said no participants who received the experimental shots had a severe case of COVID-19.

Notably, instead of using a placebo to compare its results against, some of the trials used a meningitis vaccine as its control. That control group also had zero cases of severe COVID-19.

It remains to be seen whether the shot can actually outperform the control in preventing the worst outcomes of the disease.

“It may just be chance that we just happen to not have any cases in the 20,000 people we’ve vaccinated, or it could just be that we’re picking people up earlier when they get infected than the general population,” Ewer said.

4. Could the vaccine prevent transmission and asymptomatic infection?

It’s unclear whether getting AstraZeneca’s vaccine lowered people’s chance of getting infected and spreading the virus as an asymptomatic carrier.

This is an unknown facing all the leading vaccine programs. In general, clinical studies are most powerful when designed to answer one question; in this case, that was whether they could prevent disease.

Oxford scientists said Monday that the group getting AstraZeneca’s vaccine had fewer asymptomatic infections. Researchers sent testing kits to UK participants weekly throughout the study to test whether it could reduce infections.

But the company has provided no detailed data to back that up. It’s not clear whether that finding was statistically significant, or whether the trials will be rigorous and large enough to produce a definitive answer.

5. How safe is the vaccine?

On Monday, AstraZeneca said that “no serious safety events related to the vaccine have been confirmed.”

In a note to investors, Geoffrey Porges, a biotech analyst at SVB Leerink, called that description “hardly reassuring.”

“They did not disclose any information about any actual safety events,” Porges added.

Worries about the AstraZeneca program’s safety have been heightened. Its global trials were put on hold in September after an “unexplained illness” in a British participant. They eventually resumed; US regulators took nearly 50 days to agree that it was safe to do so.

It remains unclear what happened with that participant, and what AstraZeneca shared on Monday didn’t clarify. But that safety information will have to be submitted to regulators, and the company will need to persuade them that there are no reasons for alarm.

Ewer said that the researchers had “published all the data we have on safety so far” and that she wasn’t aware of any other major safety concerns among trial participants.

“There was the one that was reported a while ago that was investigated, and that’s resolved now,” Ewer said. “As far as I know, there’s nothing else.”

Ewer added that journal articles on the vaccine’s safety would be published “probably this week.”

6. How long will the vaccine protect against COVID-19?

However effective AstraZeneca’s vaccine winds up being, a critical unknown is how long people would enjoy that protection.

By attacking a brand-new virus, scientists don’t know if or when protection from a vaccine will wane enough to leave people vulnerable to the coronavirus.

This unknown holds true for all the coronavirus vaccine frontrunners.

The only way to know for sure will be long-term follow-up data from these studies.


Read more:
How the sprint for a coronavirus vaccine transformed Moderna into a $US39 billion powerhouse that’s poised to reshape biotech