It may be a shiny new year, but it’s full of the kind of uncertainty that makes business owners bite their nails. Will the economy get worse or maybe a little better? Will consumers keep spending? Or climb back into their shells?

In 2012, it will pay to keep an eye on a few key big-picture trends. Here are six that make my list for top insomnia producers:

What business and economic trends worry you most? Leave a comment and tell us what’s on your mind. 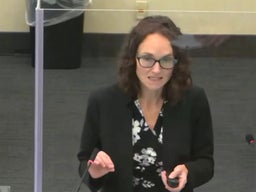