54% of Republicans said they believe the Capitol insurrection is getting too much attention, a new Pew survey shows 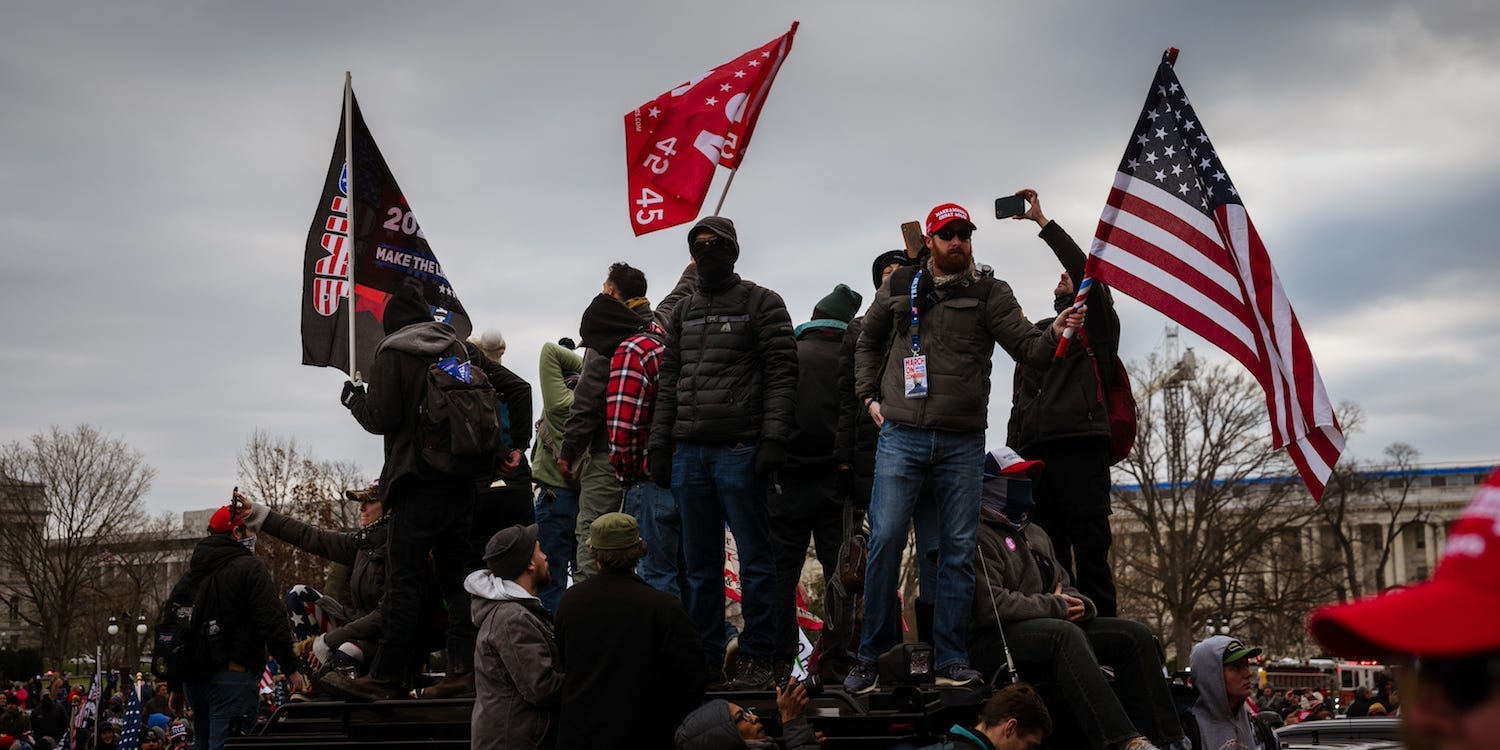 Jon Cherry/Getty ImagesA group of Trump protesters wave flags while standing on an armored police vehicle on the grounds of the Capitol Building in Washington DC, on January 6, 2021.

Over half of Republicans and Republican-leaning adults said they believe the Capitol riots are getting too much attention, according to a new Pew Research Center survey on Americans’ views on the January 6 insurrection.

Among Democrats and Democratic-leaning respondents, 40% think too little attention is being paid to the deadly violence and only 8% think the riots are receiving too much attention.

Read more:
Inside Merrick Garland’s bid to boost morale in the federal prosecutor’s office handling the January 6th Capitol riot cases, one of the largest investigations in US history

Pew surveyed over 12,000 American adults through their American Trends Panel between March 1 and March 7 to gauge their views on the Capitol insurrection over two months after the event. The survey has a margin of error of ±1.5 percentage points.

There were also partisan divides among the respondents on questions of how important it is to prosecute the rioters and whether they believe punishments will be too severe or not severe enough.

Among all Americans, 87% said they believe it’s very or somewhat important to prosecute the rioters, compared to 79% of Republicans and 95% of Democrats.

More than 315 people have been charged in connection with the insurrection on the US Capitol, but several suspects are still at large.

In one major breakthrough for the investigation on Thursday, a grand jury indicted two men on charges of conspiracy to injure by spraying the fallen Capitol Police officer Brian Sicknick with bear spray. Sicknick was one of five people who died as a result of the riots.

Last week, the FBI also released surveillance footage of the suspect they believe placed pipe bombs outside the headquarters of the Democratic and Republican National Committees’ headquarters in the Capitol Hill neighborhood on January 5.

The prosecution of Capitol rioters is among the most wide-ranging and labor-intensive in the Department of Justice’s history and spans the entire federal court system.

In a recent court filing in the DOJ’s case against nine defendants affiliated with the extremist Oath Keepers movement, federal prosecutors said they expect to charge at least 100 more defendants and have received over 210,000 tips. They called the probe “likely the most complex investigation ever prosecuted by the Department of Justice.”