When and how to use protein to optimise your fitness goals, lose weight, and gain muscle 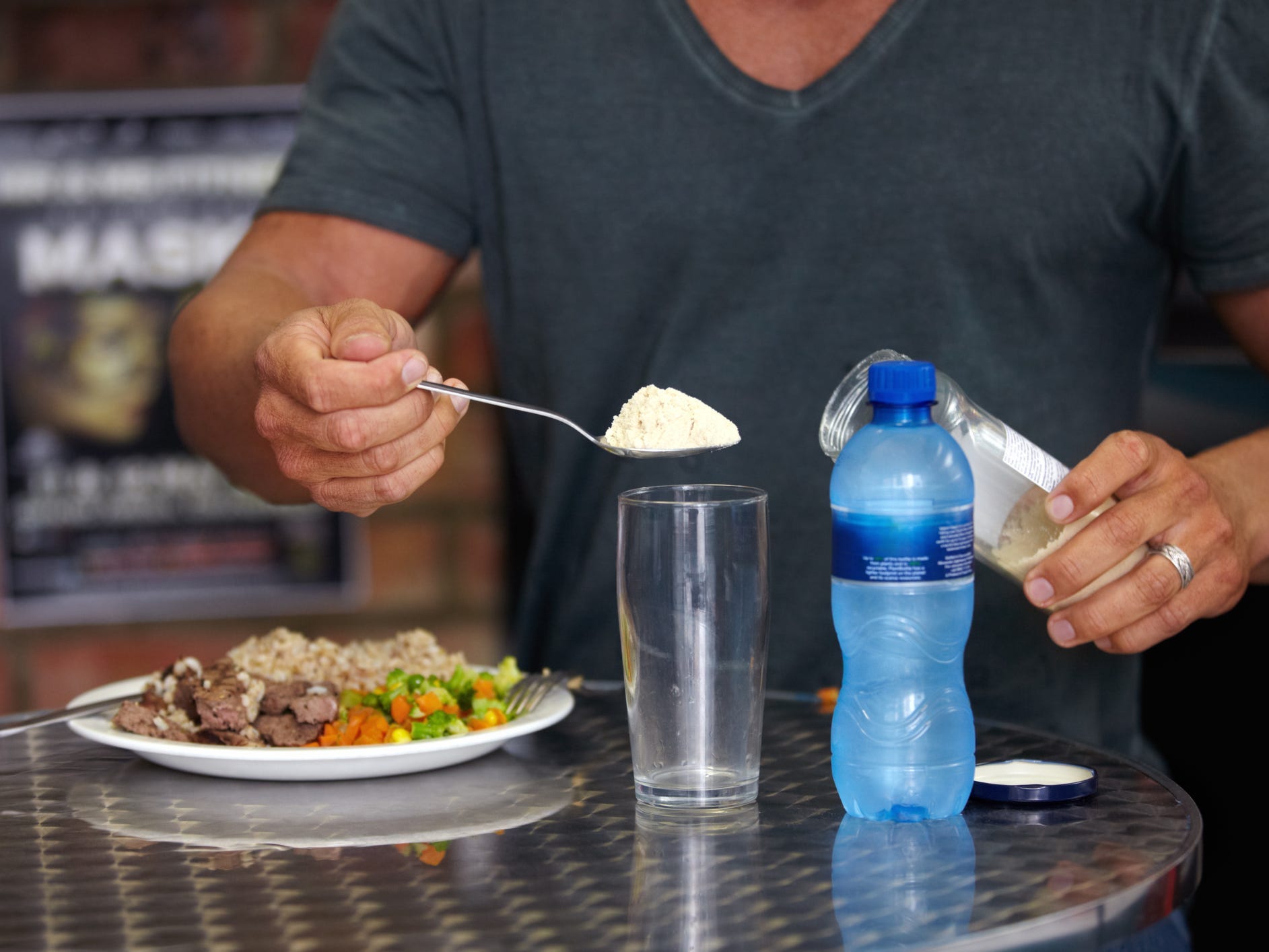 Protein, the macronutient that helps build muscle and repair tissues, is often touted as the backbone of a healthy diet or exercise routine.

But advice about how much and when to eat your protein is often confusing and contradictory. You come across warnings about getting too much, too little, or using it at the wrong time.

Getting the right amount of protein for your fitness goals doesn’t have to be hard, according to Nancy Clark, a sports dietitian with a private practice in the Boston area.

“People make eating so complex, it’s supposed to be simple,” Clark told Insider as she shared her five key pieces of protein advice.

Balancing protein through the day, eating it with other key nutrients, and picking the right sources, she said, can help your optimise your fitness success whether your goal is weight loss or muscle gain.

Aim for about 0.5 to 1 gram of protein per pound of your body weight

The biggest misconception about protein is that you need huge amounts to build muscle, according to Clark. That’s not the case. A moderate amount of protein is ideal for most people trying to either gain muscle or lose fat, she said.

That means about half to three-quarters of a gram of protein per pound of body for most active people, Clark said.

You’ll want slightly more than this â€” up to a gram per pound â€” if you’re new to exercise, to help repair broken-down muscle. A bit more protein can also help with weight loss goals, since dietary protein can help preserve muscle mass as you’re losing fat.

You may also need more if you’re vegan, Clark said, as many plant-based proteins are incomplete, lacking certain amino acids, so you’ll want to eat a variety of protein sources.

It is possible to eat too much protein, if you’re getting more than 30% of your daily calories from protein. But that’s not likely to be an issue for most people, and causes only minor side effects unless you have a pre-existing kidney or liver problem.

Heaping protein into your diet won’t supercharge your progress, however, and could backfire.

“Extra protein in your diet doesn’t convert into extra muscle. You can eat as much protein as you want, and if you’re not doing resistance training, you won’t build muscle,” Clark said.

And protein contains calories just like carbs and fat, so too much of it can cause you to gain body fat, which is important to keep in mind if you’re trying to lose weight or build muscle.

Another common mistake for both weight loss and muscle gain is excessively cutting carbohydrates. Contrary to what some diet plans like keto suggest, carbohydrates like grains, fruits, and vegetables are an important source of energy and great for muscle recovery. It’s best to include them alongside protein to optimise a lean physique, Clark said.

“I hate the word ‘carb,’ it’s very tainted,” she said. “Carbohydrates digest into glucose which feeds your brain and fuels your muscles.”

Carbohydrates are even more important for athletes, who should get about three times as much carbohydrate as protein in their diet, according to Clark.

“If you’re a sports-active person, it behooves you to have that be the foundation of your meal,” she said.

Timing won’t make a difference for most people

Despite what legions of shake-chugging gym rats will tell you, it’s not necessary to consume a lot of protein immediately after a workout.

It’s true that if you’re an elite, competitive athlete, post-exercise refuelling can give you an edge, Clark said, particularly if you have multiple, intense workouts in a single day.

More casual athletes, though, can get adequate protein throughout the day. “For most ordinary mortals, they need not worry too much about it. The sooner you refuel, the faster the recovery process starts, but it can happen within 24 hours,” Clark said.

When you do eat protein, the benefits for refuelling and tissue repair typically last about four hours, she said. That means it’s best for most people to space out their protein intake throughout the day.

That’s why diet strategies like intermittent fasting can put you at risk of losing muscle and stymieing your progress, Clark said.

For a more successful workout, she recommends consuming about 200-300 calories â€” a mix of carbs and protein â€” soon before a workout.

Stick to whole foods over supplements

Refuelling doesn’t have to involve an expensive shake or supplement, either. A simple peanut butter and jelly sandwich is an easy after-exercise snack that’s portable and has a good balance of nutrients, according to Clark.

It’s best to focus on building balanced meals and snacks; aim for making about a third of your plate healthy protein, a third veggies or produce, and the remainder healthy carbs, she recommends.