5 reasons why AMD has 31% upside potential, according to Bank of America 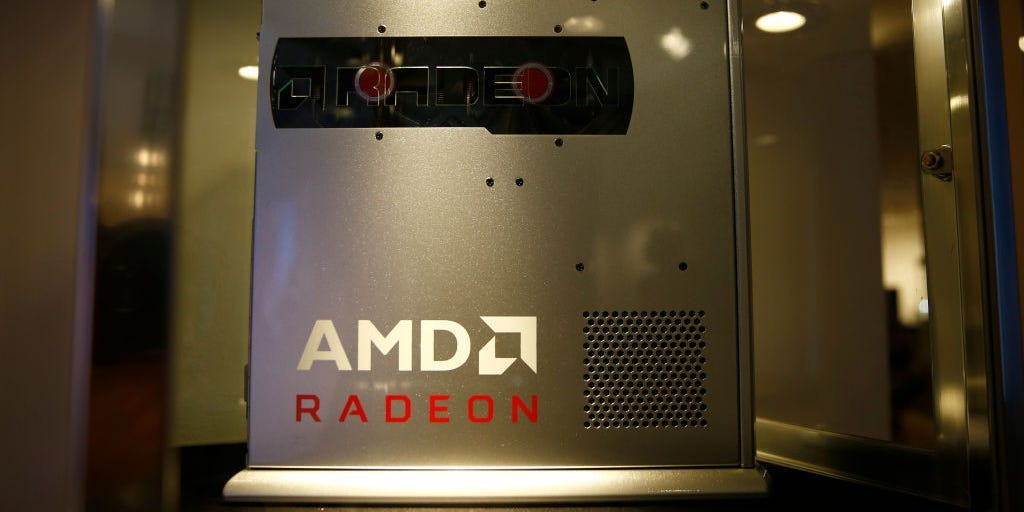 AMD has a compelling growth opportunity in 2021 that could lead to more market share gains as it capitalises off of rival Intel’s manufacturing woes, according to Bank of America.

In a note published on Friday, the bank highlighted AMD as a fundamentally solid tech stock that investors should consider buying, especially after an 18% sell-off from its September 1 highs.

Bank of America rates AMD as a “Buy” with a $US100 price target, representing potential upside of 31% from Thursday’s close.


Read more:
Jefferies handpicks the 17 best stocks spanning multiple sectors to buy now – and details why each company’s future looks ‘particularly attractive,’ even in a downturn

AMD has a high standard to beat in its upcoming Q3 & Q4 earnings report: itself.

In the second half of 2019, AMD posted year-over-year sales growth of 28%. Not even a global pandemic may be enough to stop AMD from beating that figure this year, according to Bank of America, who estimates AMD’s second half of 2020 sales to surge more than 30% year over year, followed by another year of 20% growth in 2021.

2. “Game console launches should be positive for sentiment.”

Sony and Microsoft’s upcoming next-generation video game consoles will both utilise processor chips from AMD. According to Bank of America, AMD could have $US100 to $US110 worth of chips in each console, nearly double from the previous generation’s $US65 to $US70 of AMD content. On top of that, AMD has exposure to the growing trend in cloud gaming, spearheaded by Google Stadia, Microsoft xCloud, and Sony’s PS Now, BofA said.

Unlike Intel, “AMD is providing customers with a 7nm/5nm roadmap across servers and PC that is meeting all deadlines and well-engaged with TSMC/foundry ecosystem,” according to the note.

And while Nvidia’s proposed acquisition of Arm Holdings will present competition to AMD, “we continue to believe it’s [Nvidia/Arm Holdings] overwhelmed by AMD’s ability to gain share in a $US50 billion total addressable market across servers and PCs exposed by Intel,” Bank of America explained.


Read more:
Goldman Sachs says oil prices are set to move ‘meaningfully higher’ into next year. Here are 7 reasons why the firm is bullish, and 5 stocks it recommends buying in advance

“Our ownership analysis suggest AMD stock is owned by only 16% of US active fund managers, well below the 25% average of similarly-sized semi stocks,” BofA concluded.

Shares of AMD are up 67% year-to-date as of Thursday’s close.


Read more:
2 senior PMs at Morgan Stanley’s $US665 billion investment-management business share their contrarian outlooks on the election, the stock market, and a vaccine â€” and break down how they are readying portfolios in advance 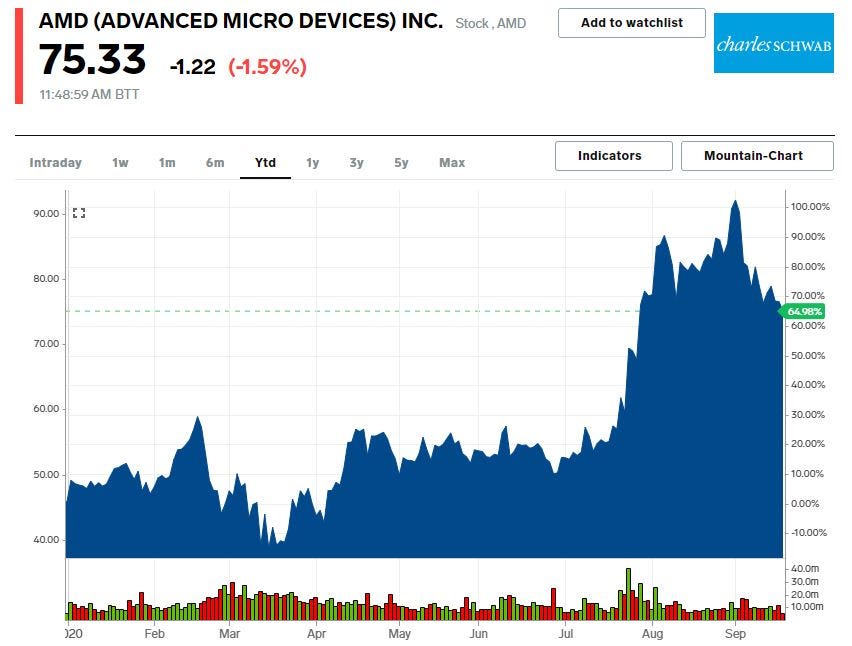