450 billion locusts have been killed this year, but devastating swarms still ravage Africa, India and the Middle East 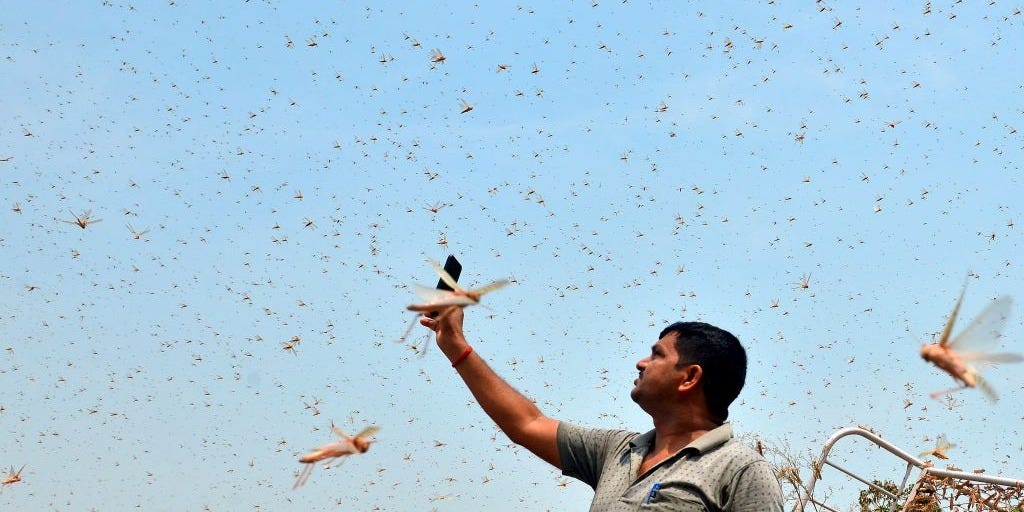 SANJAY KANOJIA/AFP via Getty ImagesA man takes a picture of a swarm of locusts in Allahabad, India, on June 11, 2020.

Massive swarms of locusts have devastated large swathes of Africa, Asia, and the Middle East since January, threatening food supplies for millions.

The reason for the outbreaks, according to The New York Times, is climate change, which has caused warmer weather and more rain -ideal conditions for locusts to thrive.

Alongs with the weather, poor monitoring due to armed conflicts – especially in war-torn Yemen, where the current outbreak began – and a lack of resources caused by the coronavirus pandemic, has led to locusts swelling in numbers that haven’t been reported in decades. 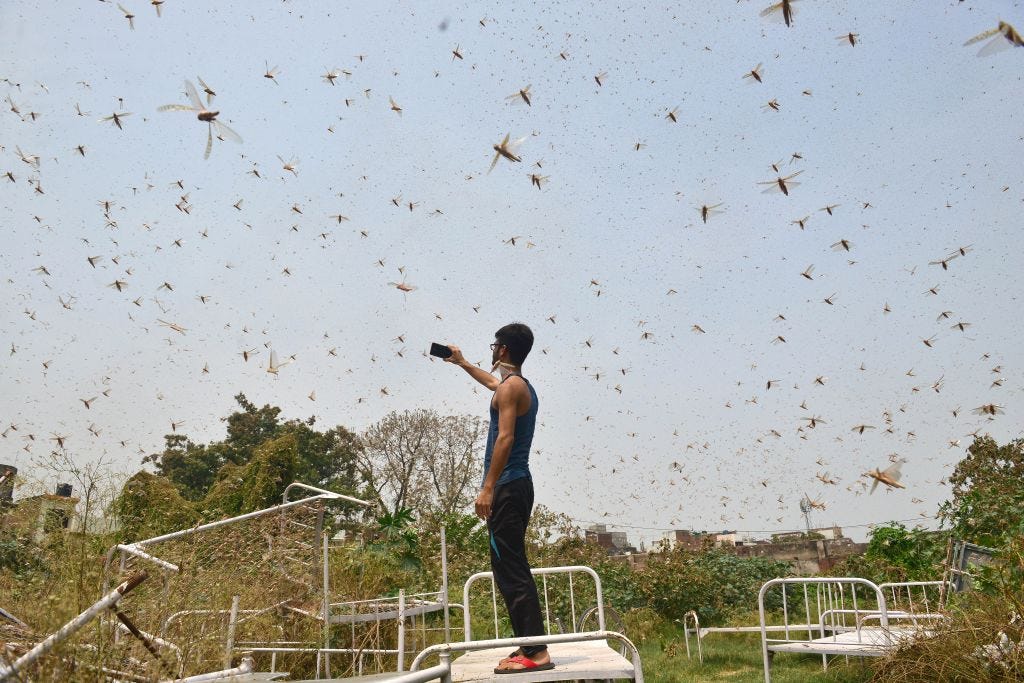 SANJAY KANOJIA/AFP via Getty ImagesA man takes pictures of a swarm of locusts in Allahabad, India, on June 11, 2020.

Without more intervention, locusts could cause millions of people in 23 countries to go hungry by December, according to NBC News.

In a worst-case scenario, an additional 5 million people will go hungry because of the infestations. That’s on top of the 20 million that already don’t have good enough access to food, according to the UN Food and Agriculture Organisation (FAO).

But funding only goes until the end of August, Ferrand said, and non-stop aid was necessary to keep the insects in check.

“There is a real risk here that all our efforts since January are in vain,” he said.

Desert locusts are the most damaging breed, found in about 30 countries in Africa, Asia, and the Middle East. They can eat their weight in food every day, Business Insider’s Natalie Colarossi previously reported.

They only live for about three to five months, but breed quickly, and a plague can last over a decade.

By the end of June, locusts are expected to move west on changing winds.

Melissa Williams, a rural development specialist with the World Bank, told NBC News the concern is they will go deeper into West Africa and hurt some of the least developed nations in the world.

FAO’s locust forecasting expert Keith Cressman told The Guardian the weather will greatly impact how long the crisis continues, and which countries will be affected.